ON SUNDAY, November 17th, a day which saw clashes at the Hong Kong Polytechnic University and protesters trapped in the university campus by police, seven indie bands well known to the Taiwanese of different generations all came together in a concert to support Hong Kong’s fight for democracy.

Fire EX (滅火器) kicked off the concert by singing “City of Sadness (雙城記)”, a new protest anthem released by the band to show solidarity with the fight for freedom in Hong Kong. The English name of the song references Hou Hsiao-hsien’s 1989 film, the first cinematic depiction of the White Terror in Taiwan, while the Chinese name of the song, which can be translated as “A Tale of Two Cities”, suggests the link between Taiwan and Hong Kong.

Music video for “City of Sadness”

“City of Sadness”’ lyrics were jointly written by Sam Yang (楊大正) and Albert Leung (林夕), Yang is a longtime activist songwriter who wrote Island Sunrise (島嶼天光), the anthem of the 2014 Sunflower student movement in Taiwan and the leader of Fire EX, while Leung is a prominent songwriter based in Hong Kong widely known throughout the Chinese-speaking world. This song was sung in Mandarin, as a shared linguistic medium for both Hong Kong and Taiwan people, in contrast to Fire EX’s determination to exclusively sing in Taiwanese Hokkien.

Leung was present at the concert, giving an extended speech on the ongoing police brutality, the Hong Kong government’s refusal to listen to the public’s plight, the importance of freedom and democracy, and why it is crucial Taiwan must not fall to pro-Beijing proxy parties in the upcoming January elections. Lastly, Leung asked for the Taiwanese public to continue to support Hong Kong’s fight for freedom and thanked it for its support so far. 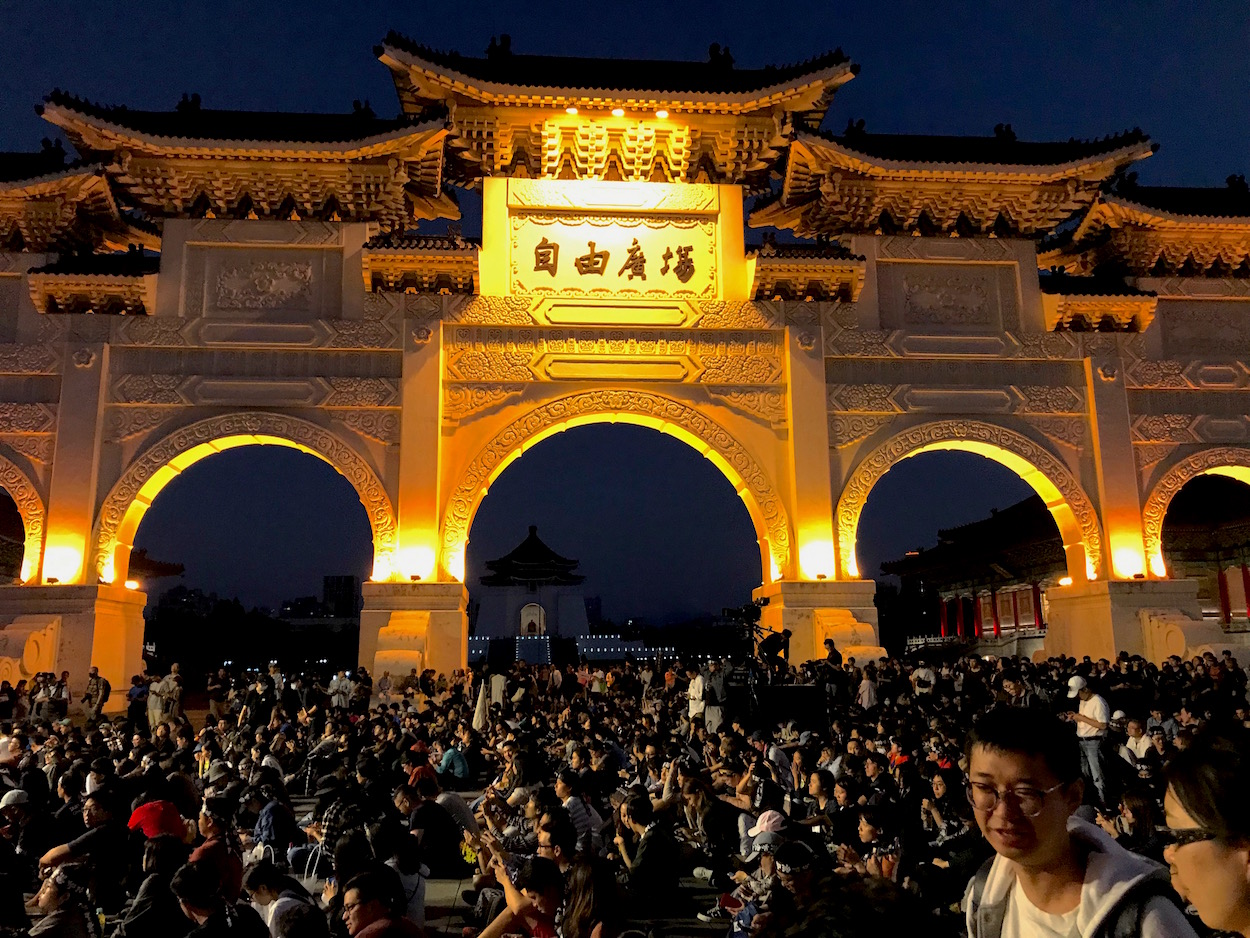 Significantly, Leung is the same songwriter that wrote “Beijing Welcomes You” (北京歡迎您) the theme song of the 2008 Beijing Olympics, an event which brought together all Chinese language music stars across the Mandopop and Cantopop world. Leung’s support of the current demonstrations illustrate that Hong Kong’s push for democracy and universal suffrage includes individuals with a number of different conceptions of what Hong Kong’s relation to China should be, including those who want to be part of creating a strong Chinese nation under the PRC and those who prefer a separate Hong Kong identity and political autonomy. One also notes that views toward China are now very different from a decade ago, given the rise of a more assertive, aggressive, and autocratic Beijing as it aims to tighten its grip and absolute rule on Hong Kong. Leung wrote City of Sadness in collaboration with the staunchly pro-independence Fire EX.

Fire EX then dove right into singing Good Night, Formosa (晚安台灣) and concluded its set with the iconic Sunflower Movement anthem, Island’s Sunrise—having the last line of the song ending in a dedication “To the brave people of Hong Kong!” (勇敢ㄟ香港郎!), replacing the normal lyrics of the song referring to Taiwan with reference to Hong Kong. 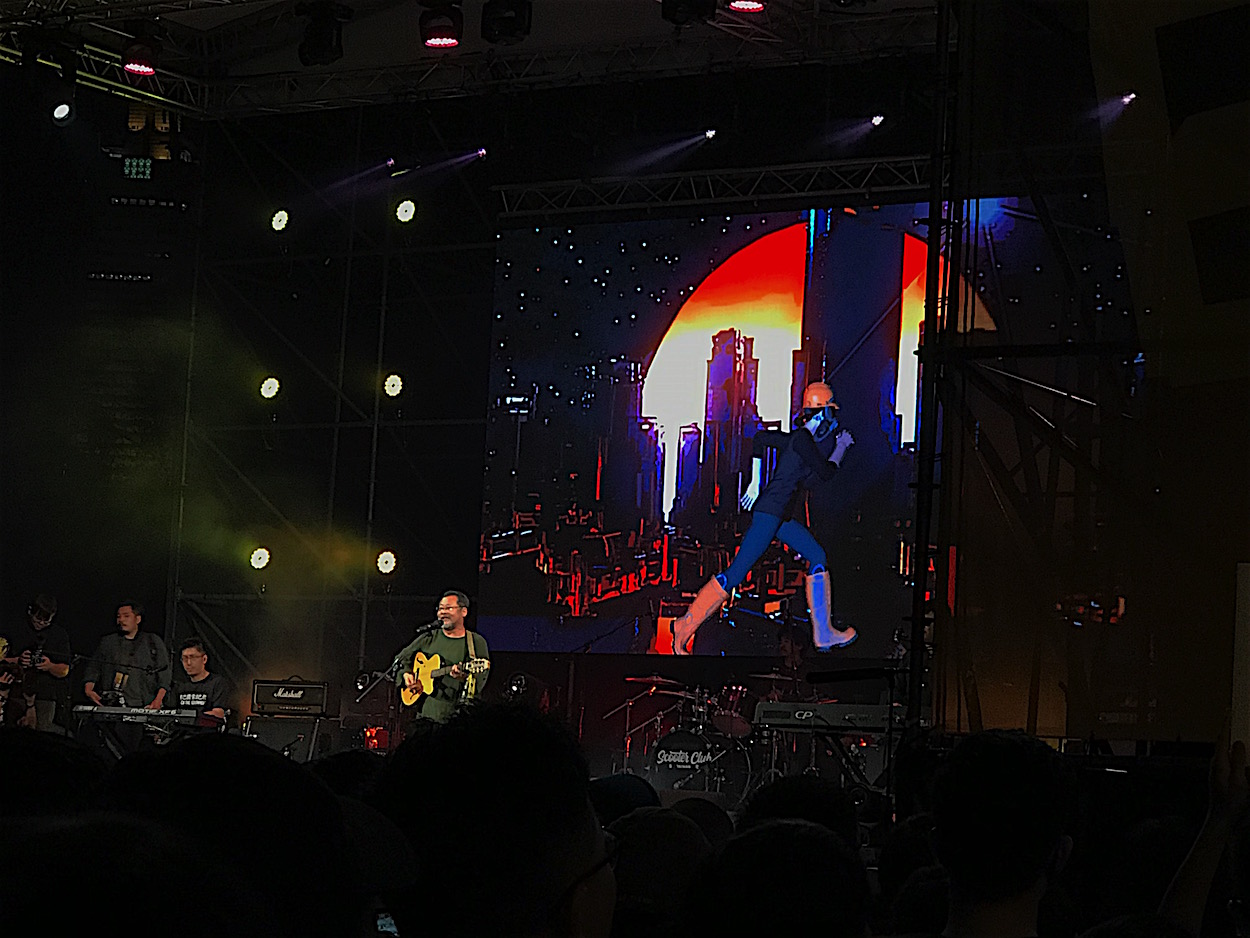 Participants wore Hong Kong headbands with the word “Hong Kong” (香港) in both black and white ink. Some headbands used black ink with the beige fabric used for traditional Chinese funerals (披麻帶孝), and others used the white ink on black fabric used for more modern funerals. Yellow headbands that were a common sight during the Sunflower Movement with the characters “If the KMT does not collapse, Taiwan cannot be well” (國民黨不倒，台灣不會好) were also worn by many attendees and stickers stating that “the Hong Kong police murders Hong Kong citizens” (香港警察謨殺香港市民) were distributed to the audience.

The concert ended with The Chairman signing the theme song of the Hong Kong freedom movement, Glory to Hong Kong (願榮光歸香港), in Taiwanese and the crowd once again chanting protest slogans as “Five Demands, Not One Less” (五大訴求, 缺一不可) and “Liberate Hong Kong, the Revolution of Our Times” (光復香港，時代革命) in Cantonese.

Concert attendees came from all facets of Taiwanese society, including Hong Kong students studying in Taiwan, Taiwanese young and old concerned about the encroachment of freedoms from increased Chinese influence in the country, young LGBT equality supporters who fear the erosion of freedoms and progressive values in the region, and individuals ranging from office workers to taxi drivers and housewives. How the events in Hong Kong will unfold is still uncertain, but what is certain is the determination of both the Hong Kong and Taiwan people in advocating for and defending freedom and democracy.