How Can Hong Kong And Taiwan Cooperate Regarding The Threat Of China?

WITH THE RECENT disqualification of four Hong Kong legislatures over an oath-taking row, democratic freedoms on Hong Kong seem further on the retreat than ever. Among the disqualified legislators are legislators which entered into electoral politics following the 2014 Umbrella Movement, including Nathan Law, Yau Siu-Lai, and Edward Yiu, and longtime pan-democratic activists such as “Long Hair” Leung Kwok-Hung. Previously disqualified legislators include Baggio Leung and Yau Wai-Ching of Youngspiration, who were also post-Umbrella Movement activists, and advocates of Hong Kong independence such as Edward Leung of Hong Kong Indigenous were never allowed to run to begin with.

It remains a question, then, as to what Taiwan can do to help Hong Kong in its moment of plight. Although after the Sunflower and Umbrella Movements in 2014, it was frequently raised that it seemed like a natural step for post-Sunflower and post-Umbrella activists to begin cooperating at an intimate level, many key leaders of both having actually known each other beforehand, and exchanges having taken place on the grassroots level, this is easier said than done.

While key figures of the Sunflower Movement and Umbrella Movement as members of the New Power Party and Demosisto have held joint press conferences in the past or as Sunflower Movement and Joshua Wong did to call for kidnapped Chinese NGO worker Lee Ming-Che’s release, for exchanges to occur on a deeper level would be difficult. As Joshua Wong stated in an interview conducted with him by New Bloom last year, the difference between Hong Kong and Taiwan is that “The Taiwan Strait separates Taiwan from China, but there is only a river between Hong Kong and China.” Hong Kong activists may be able to fly to Taiwan to visit Taiwan, but Taiwanese activists are sometimes prevented from entering Hong Kong, and this makes exchanges of material support more or less impossible except solidarity from a distance.

As such, where it is possible for Taiwan and Hong Kong to aid each other will be acting in a manner complementary of their respective strengths and weaknesses, and with the knowledge that both standing together is better than one standing alone. For example, Hong Kong is known throughout the world in a manner more than Taiwan, but Taiwan is geopolitically significant as a possible flashpoint of future conflict in the Asia Pacific in a way that Hong Kong is not. Yet either way, Taiwan and Hong Kong standing together raises the profile of both in terms of raising awareness of the influence of the “China factor” on Asian countries.

Consequently, showing how the effects of how Chinese influence has proved deleterious to political freedoms both in Hong Kong, in which China is next door, and in Taiwan, which is separated from China by the Taiwan Strait, can be crucial in raising awareness of China’s human rights violations. This makes it harder for members of the international community to ignore that China’s negative impact on political freedoms occurs across the board and ultimately benefits both.

And, although it has sometimes been a matter of concern in Taiwan that more visible collaboration with Hong Kong may allow China to more justifiably scale up its actions in Hong Kong with the claim that Hong Kong activists are colluding with foreign actors to stir up separatist tendency, it seems that China’s bottom line is becoming shallower and shallower. For better or worse, this concern that accusations of collaboration will be undermining of both movements may become a moot concern, then. Furthermore, it may useful showing to the world that young people in the Sinophone world facing threats from Chinese incursion have banded together to resist China, indicative of how this is a generational struggle not specific to either Hong Kong or Taiwan. 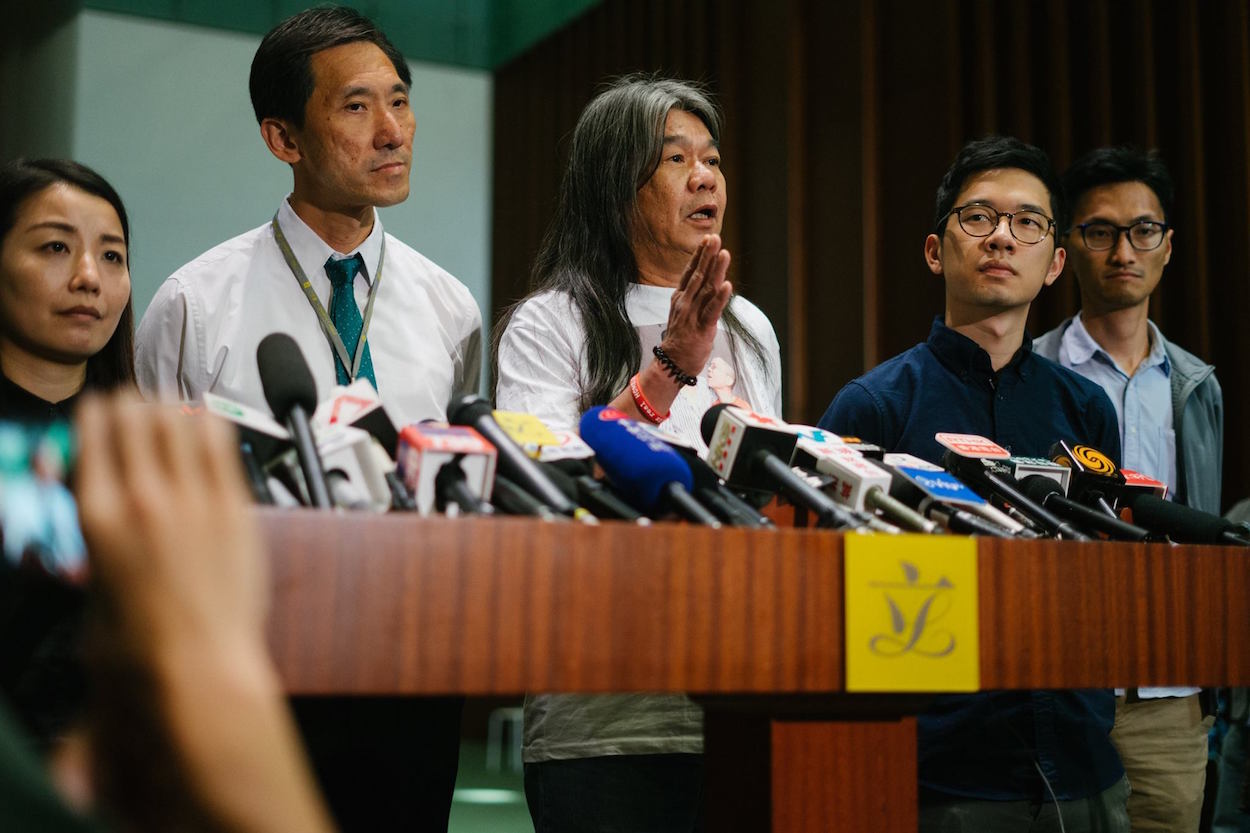 Closer cooperation could perhaps take place, then, perhaps not with simply joint, occasional press conferences held in Taiwan, but jointly written articles published in international media outlets. Or, as both Sunflower Movement and Umbrella Movement activists have at times taken to international speaking tours in the US and other nations in order to raise awareness of their plight, as well as meet with world leaders, perhaps speaking tours and meetings with international leaders could be conducted jointly.

Taiwan and Hong Kong can have many ways to cooperate, if one is creative. The concrete means of realizing such cooperation remain to be seen, but creative strategies will be of benefit.