The Battle For Hong Kong’s Courts

HONG KONG Executive Carrie Lam commented on the jailing of three of the major leaders of the 2015 Umbrella Movement Joshua Wong, Nathan Law, and Alex Chow stating that there was no political interference in the sentencing of the trio. Reiterating that the decision of the court was not made out in order to make the three into political prisoners, Lam stated that the court’s verdict was handed down as a result of “unlawful acts or even acts of violence” committed by the three during the Umbrella Revolution. Lam attempted to portray the three young men as hooligans and vandals and assured that the hands of the Hong Kong High Court were tied in handing down the sentences.

In spite of these assurances, the struggle over the integrity of Hong Kong’s judiciary is shaping up to be an important political battle both domestically and internationally. The Hong Kong Basic Law provides for the establishment of the Hong Kong judiciary. Article 85 of the Basic Law states that these courts will act independently and “free from any interference”. This, however, is coming under fire from those who claim that the courts are becoming more and more an arm of the Chinese Communist Party in Hong Kong. 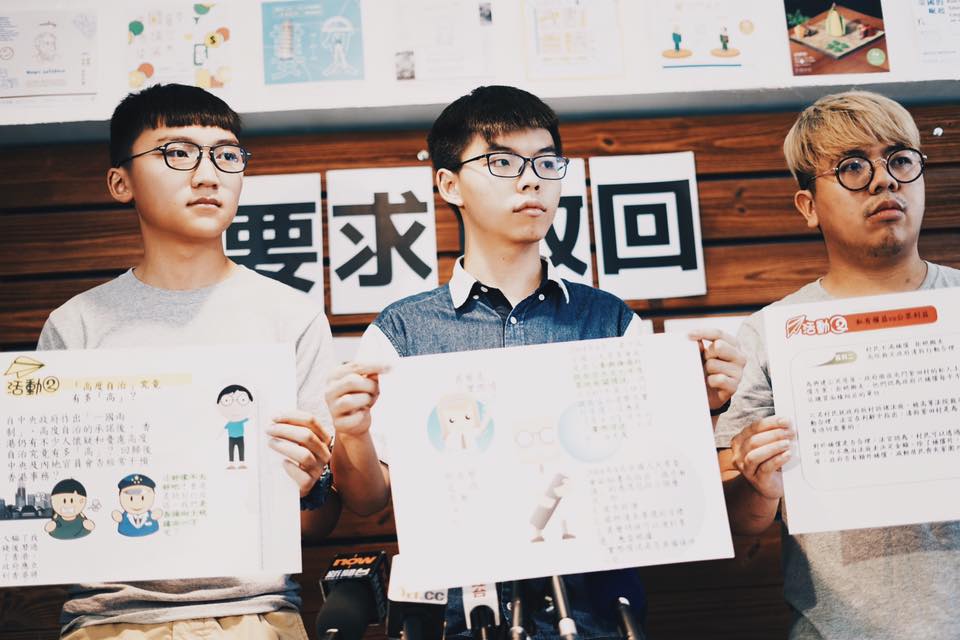 The courts attracted controversy earlier this year with the disqualification of several pro-democracy candidates to the Legislative Council on the claims that they had improperly taken their oaths of office. Nathan Law himself was amongst these candidates, having been the youngest representative ever elected to the LegCo in Hong Kong history, as well as Lau Siu-Lai, Edward Yiu, and “Long Hair” Leung Kwok-Hung. Youngspiration’s Baggio Leung and Yau Wai-Ching had previously been similarly disqualified, bring the total number of disqualified legislators to six.

The Hong Kong government has attempted to control the narrative by repeatedly insisting not only that the court’s decision represents the application of a strict rule of law, but also by claiming that criticism of the court’s decision could potentially damage said rule of law and erode public confidence in the courts. Senior Counsel Paul Lam of the Hong Kong Bar Associated even stated his belief that such distrust in the courts could harm the city’s rule of law.

Among the supporters of the verdict is the UK Foreign Minister for Asia Mark Field, who stated his belief that the sentencing of the Scholarism and Demosisto leaders under the Public Order Ordinance to prison terms varying from six to thirteen months was not politically motivated. This position reflects a pattern of deference to Beijing on areas of political contention that foreign leaders have sometimes taken in response to Chinese pressure. An example of this is Uganda’s initial hesitance to participate in the 2017 Universiade in Taipei out of fear of offending Beijing, although this decision was later rescinded.

On the other end of the narrative are claims that the Hong Kong judiciary is increasingly losing its independence and that the promise of a fifty year period of “one country, two systems” was not made in good faith.

A similar case to that which sentenced the leaders of the Umbrella movement to prison terms was taken in consideration earlier this year by the High Court in Taiwan concerning the actions of the leaders of the 2014 Sunflower Movement and whether that occupation had broken any laws. A highly politically-charged case itself, the final verdict handed down by the courts that acquitted Sunflower activists Lin Fei-fan, Chen Wei-ting, Huang Kuo-chang, Tsay Ting-kuei, and Tseng Po-yu of all charges involving the more than a month long occupation of the legislature in protest of the government’s pro-China policies mirrors the case in Hong Kong. The divergent verdicts of the two cases exemplifies the differing attitudes towards the legality of civil disobedience between Hong Kong and Taiwan. 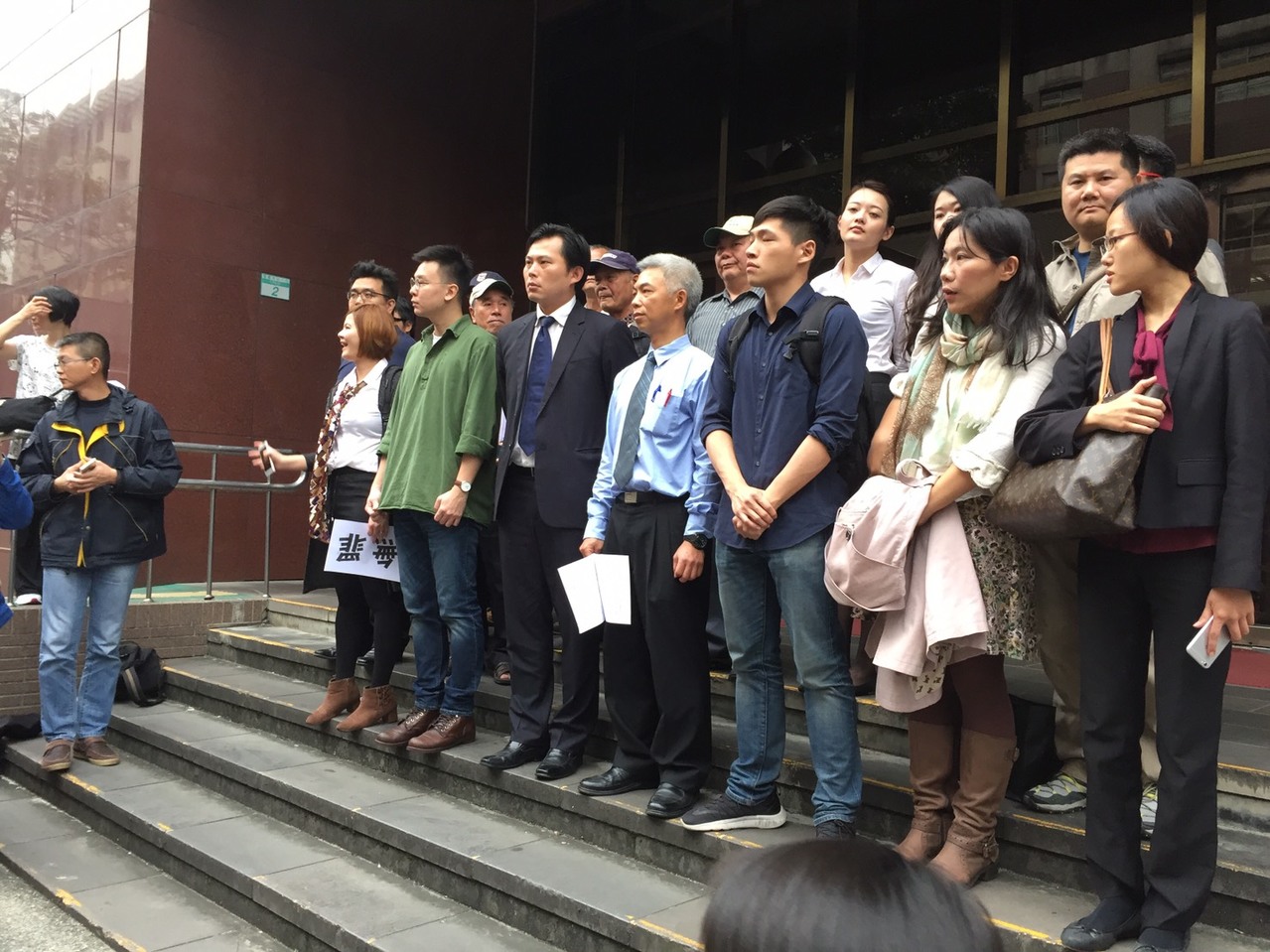 Beijing has been stepping up its efforts to consolidate its influence over Hong Kong both symbolically and through concrete action, particularly those efforts which will signal to foreign powers that Hong Kong is indubitably a part of China. Current Hong Kong Executive Carrie Lam’s swearing-in ceremony was set to coincide with the twentieth anniversary of the handover of Hong Kong from the United Kingdom to the Chinese government. It was during this time that Chinese spokesperson Lu Kang addressed the issue of the Sino-British Joint Declaration on Hong Kong signed between the governments of the UK and the PRC during the handover of Hong Kong and governing “one country, two systems”, stating that the treaty would be treated as an historical document with no practical significance.

Though the government in Hong Kong wants to assure the people that the High Court and its subsidiary courts do not represent an arm of the Chinese Communist Party, the perception of the independence of the judiciary has already gotten beyond the government’s narrative control. Reporters at the Hong Kong Free Press were sent an anonymous letter earlier this year demanding that they cease reporting that cast China in a bad light, stating that “they will be dealt with in time by the courts of Hong Kong” if they did not desist in their negative coverage of Beijing.

It is under these circumstances that the dominant narrative in much of Western media concerning the status of Hong Kong tends to slant towards support of the pro-democracy movement and run counter to the Hong Kong government’s own persuasion campaign.

In a much-circulated op-ed that appeared in the New York Times last month, Bari Weiss made the case that the three young men should be considered in the running for the Nobel Peace Prize on the grounds that they have become Hong Kong’s first “prisoners of conscience”. Additionally, Wong himself was the subject of a Netflix documentary special earlier this year, Joshua: Teenager vs. Superpower, detailing the young activist’s actions leading up to the Umbrella movement and casting the overall movement in a positive light as a struggle for the basic freedoms and dignity of the Hong Kong people. 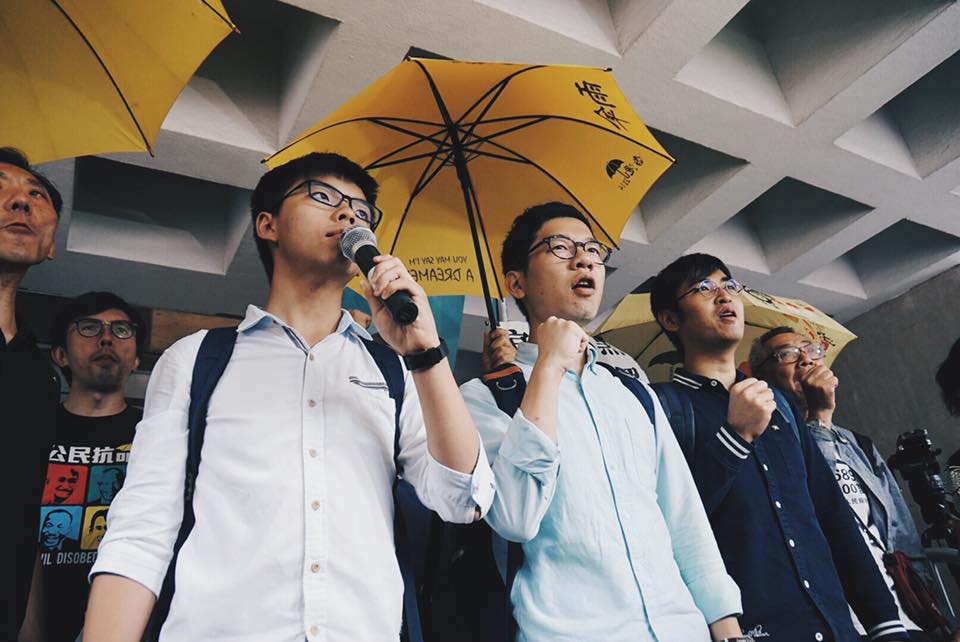 The People’s Republic of China seems not to have opted for a “hearts and minds” campaign in this case, one in which it attempts to persuade Hong Kongers that their courts will not be used against them at the behest of Beijing. Carrie Lam is widely seen as puppet of Beijing installed in office to propagate Chinese power within the Hong Kong government, and her comments concerning the use of the judiciary to punish the leaders of the Umbrella Movement has done little to assuage the concerns of Hong Kong democrats concerning the influence of Beijing in their courts. Activists called upon the United States to end the special status of Hong Kong based upon the erosion of rule of law in Hong Kong, stating that the city no longer meets the “semi-autonomous” condition needed to justify the US government’s special position towards it.

The jailing of Wong and the other leaders of the Umbrella Movement bars them from running for public office for a five year period, a move that pro-Beijing elements in the Hong Kong government may hope discourages any such action in the future by either the activists themselves or similar young aspirants. However, actions seen as heavy-handed in dealing with young people with whom both international observers and Hong Kongers themselves sympathize may end up serving as a catalyst for even larger demonstrations in the future.