DEMONSTRATORS CONTINUE to be trapped in the Hong Kong Polytechnic University (HKPU), with police still refusing to allow hundreds of demonstrators to leave the university. Demonstrators have now been trapped on the university campus for over 24 hours, which has been surrounded and sealed off by police since yesterday night. 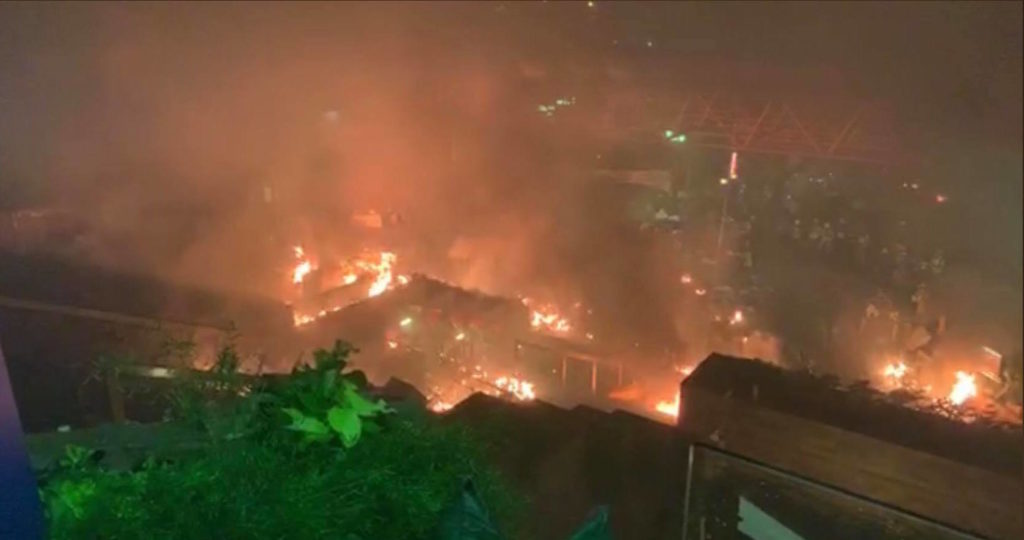 Police sealed off all exits to the university at 7:30 PM on Sunday, following two days of clashes with protestors. With demonstrators attempting to engage in direct action in the area around HKPU in an attempt to distract police to create windows of opportunity for escape in the early morning hours, police fired several live rounds as warning shots around 3 AM. Some counts have the number of demonstrators in Tsim Sha Tsui in the thousands during this time.

After many tense hours, police finally raided the university in the early morning hours today, around 5:30 AM. However, police were forced to withdraw after demonstrators set fire to the main entrance of the university in an effort to deter the police.

Arrested protestors being led away by police onto a train

Attacks on demonstrators attempting to leave the HKPU campus have been a repeating occurrence during the university siege, with incidents of police first letting demonstrators leave and then firing on them. There have also been periods during the university siege in which police reportedly arrest anyone that attempts to leave the campus on charges of rioting, including medics and journalists, unless they can provide documentation. Rioting is a charge that carries up to a ten-year prison sentence in Hong Kong. Video of demonstrators being arrested.

Though some Red Cross personnel were allowed into the campus during the afternoon, at other points, police have arrested medics and social workers that attempted to enter the HKPU campus in order to treat injuries. Various smaller groups of individuals that tried to leave the HKPU campus were arrested throughout the day. Demonstrations have continued to take place in the Tsim Sha Tsui area, leading to over fifty arrests.

Some fear that police may be lashing out indiscriminately at protestors out of a desire for retribution, with reports yesterday that the on-site commander defied orders from his superiors and brought submachine guns to the university campus. Police stated yesterday that resistance would be met with lethal force through the use of live rounds. At one point during the night, a police officer was filmed taunting protestors by shouting that he wished for another Tiananmen Square Massacre to take place on the HKPU campus, prompting fears that police intended to kill those remaining on the campus.

Otherwise, some reports suggest that the police operation was deliberately intended to lure frontliners into a trap at HKPU, luring those protestors most willing to take risks onto the campus and then arresting them en masse. This would be one way of eliminating the frontline protestors without which the movement would not have sustained itself for six months. 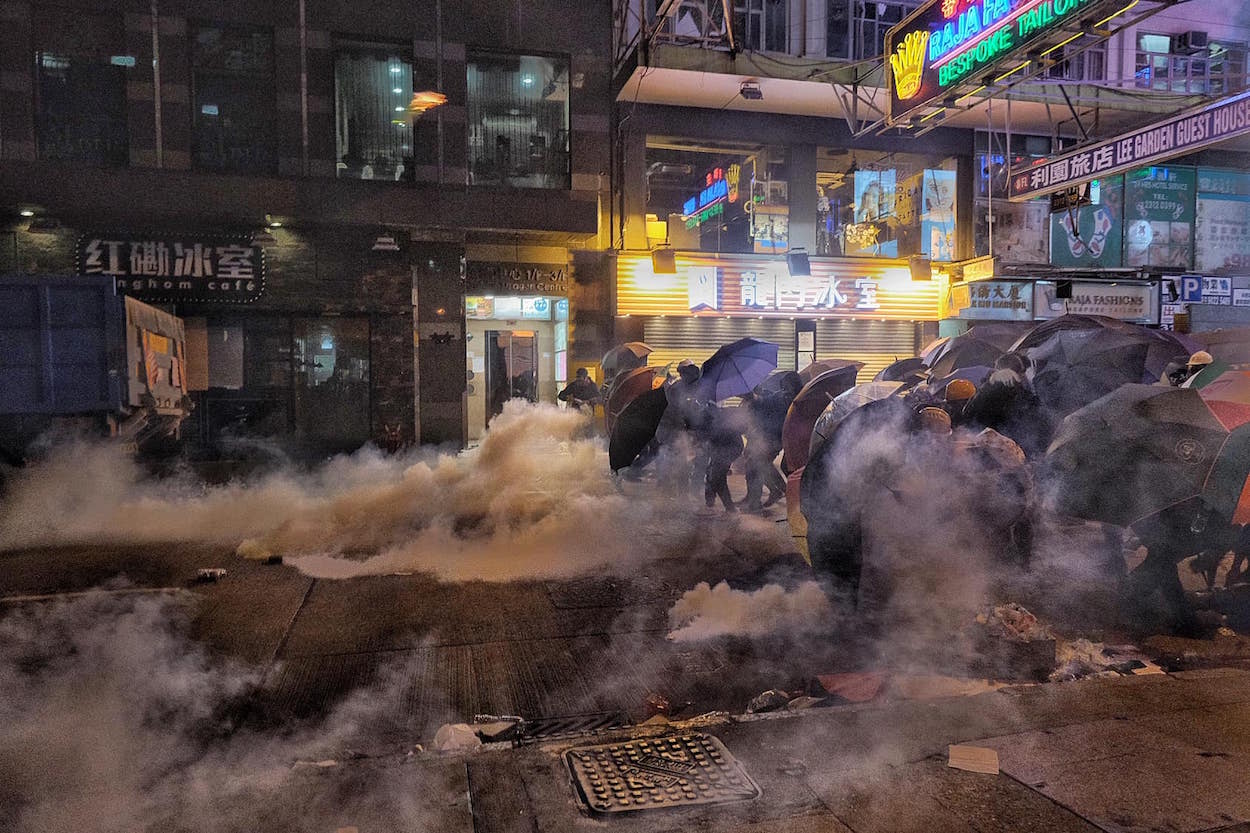 With demonstrators trapped inside HKPU running out of supplies, protestors in Tsim Sha Tsui are attempting to find ways of getting supplies to inside the HKPU campus. Parents of those trapped inside are also gathering in Tsim Sha Tsui under a footbridge, begging police to set their children free. At least one parent threatened suicide if the police do not do so.

Provoking of much outrage has been the lack of response from the university administration. University vice-chancellor Jin-Guang Teng releasing a prerecorded speech around 6:30 AM stating that he had negotiated with police that they would not use force against protestors—shortly after which another wave of assaults began.

In a surprise reversal earlier today, legislation banning the public wearing of masks passed by Hong Kong Chief Executive Carrie Lam using emergency powers was ruled unconstitutional by the High Court. The Hong Kong police have stated that they will no longer enforce the mask ban after the ruling.

But while some have seen the ruling as a blow to the Hong Kong government, one notes that the mask ban was largely unenforceable anyway, and that police will continue to use large quantities of tear gas during protests and to try and force demonstrators to remove their gas masks. Furthermore, with reports of HSBC suspending of accounts thought to be used for donations to protestors, this could lead to attempts to restrict protestors financially going forward.

The Hong Kong government has intimated that there is the possibility that district councilor elections originally scheduled for this Sunday will be canceled, stating that the ongoing unrest has “reduced the chance” of the district elections proceeding as planned. If so, this is likely to be stoking of a new round of public outrage.

In the meantime, the fate of those trapped on the HKPU campus remains up in the air. An unfortunate outcome is all the more likely without continued attention to the situation.