ANGER HAS broken out in Hong Kong after pro-democracy lawmaker Au Nok-hin was convicted of “assault” for using a loudspeaker near police officers during a protest that took place last year in July. The conviction was announced on Monday.

Au Nok-hin is a former convener of the Civil Human Rights Front, which has organized the largest demonstrations that have taken place during the close to one year of protests in Hong Kong. Au is also a former district councilor on the Southern District Council for the Lei Tung I constituency and ran in 2018 in a by-election to fill the Legislative Council (LegCo) seat formerly occupied by Nathan Law, after Law’s disqualification from LegCo after a 2016 oathtaking row. 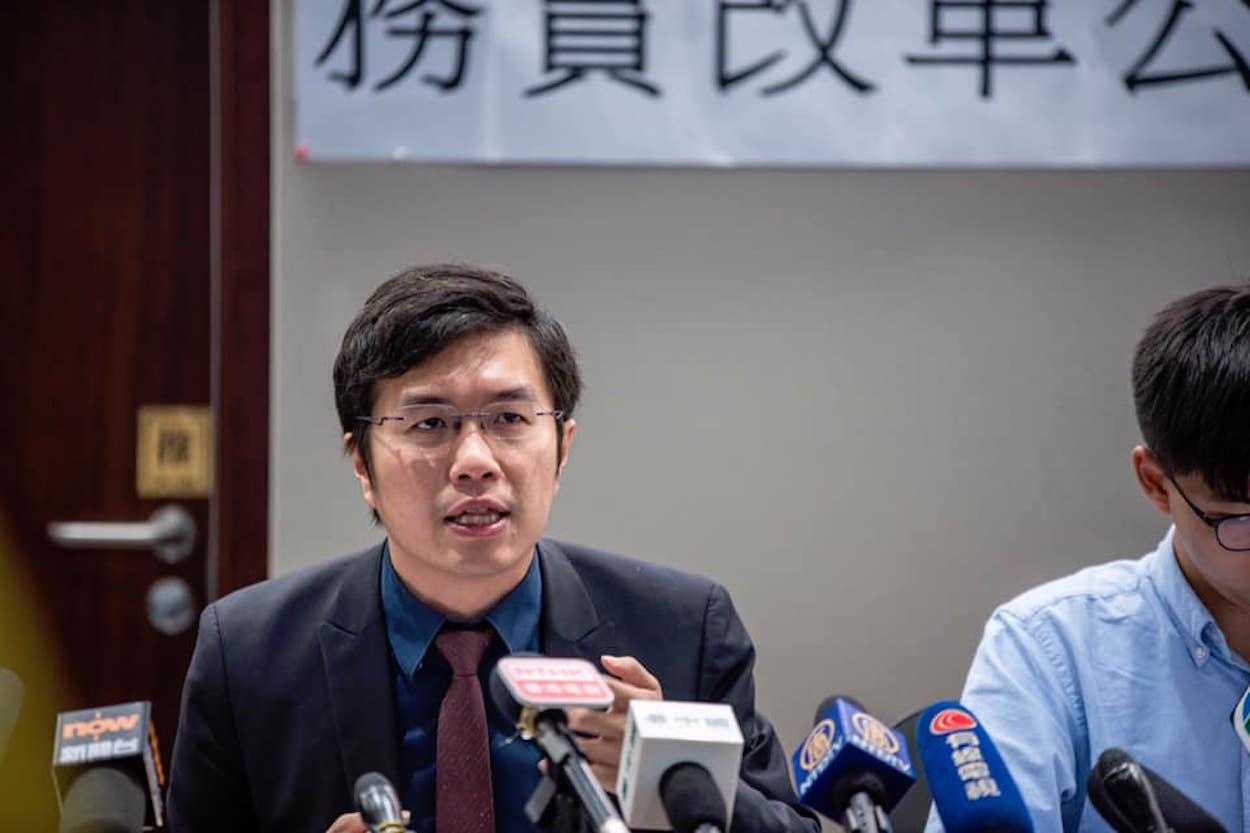 In particular, members of the Hong Kong Police Force claimed that they had suffered hearing damage, that Au cursed at them, and that they feared his violently attacking them during the protest last year, which took place in Yau Ma Tei.

However, many view the charges as yet another arbitrary charge from the Hong Kong police against protestors. For example, a Hong Kong policeman accused a female protestor of assaulting him with her breast during a protest against parallel trading in March 2015 in Yuen Long, something which led to a three-and-a-half-month jail sentence for the woman. Though the woman was later successful in an August 2016 appeal against jail time, she was not successful in overturning her conviction.

Likewise, many view police charges against demonstrators as trumped-up, including incidents in which protestors faced exaggerated accusations of violence against police officers, or were accused of terrorist acts such as bomb plots.

In the past week, the HKPF began to use charges restricting gatherings of over four people against protestors, though these were ostensibly passed as a measure to combat the spread of the COVID-19 coronavirus. With the use of a loudspeaker as sufficient grounds for charges of “assault” by the HKPF, one expects the legal charges used by the HKPF against demonstrators to further expand.

To this extent, the Court of Final Appeal also rejected an appeal by five police officers for the beating of pro-democracy activist 2014 Ken Tsang earlier this week. Tsang was beaten by seven police officers in an alleyway in 2014, though unbeknownst to the police officers, the incident was filmed by TVB.

While protests in Hong Kong have decreased in intensity and frequency in past months due to the ongoing COVID-19 pandemic, one expects protests to resume once the pandemic dies down. At the same time, one expects both the Hong Kong government’s poor handling of the pandemic and the HKPF’s continued targeting of demonstrators on spurious charges to stoke further outrage down the line. Such actions further deteriorate faith in the legal system and may further galvanize protest events to take place.