IN THE WEEKS leading up to the passing of the new national security law in Hong Kong, a Twitter-based smear campaign against the city’s protesters has been relentlessly trying to sway opinions among the Anglophone Left. Led by Chinese diaspora account Qiao Collective and the conspiracy blog Grayzone, these critics dismissed the popular Hong Kong uprising as nothing more than a CIA-backed colored revolution, and accused its participants of being pro-Trump, anti-Black Lives Matter right-wingers.

In response, Hong Kong collective Lausan and New Bloom editor Brian Hioe have pointed out that Hongkongers understand their own struggles and to imply otherwise speaks to the accusers’ own infantilizing racism. Both commentators added that the protesters are not a monolith and that those waving American flags are not representative of the movement as a whole. 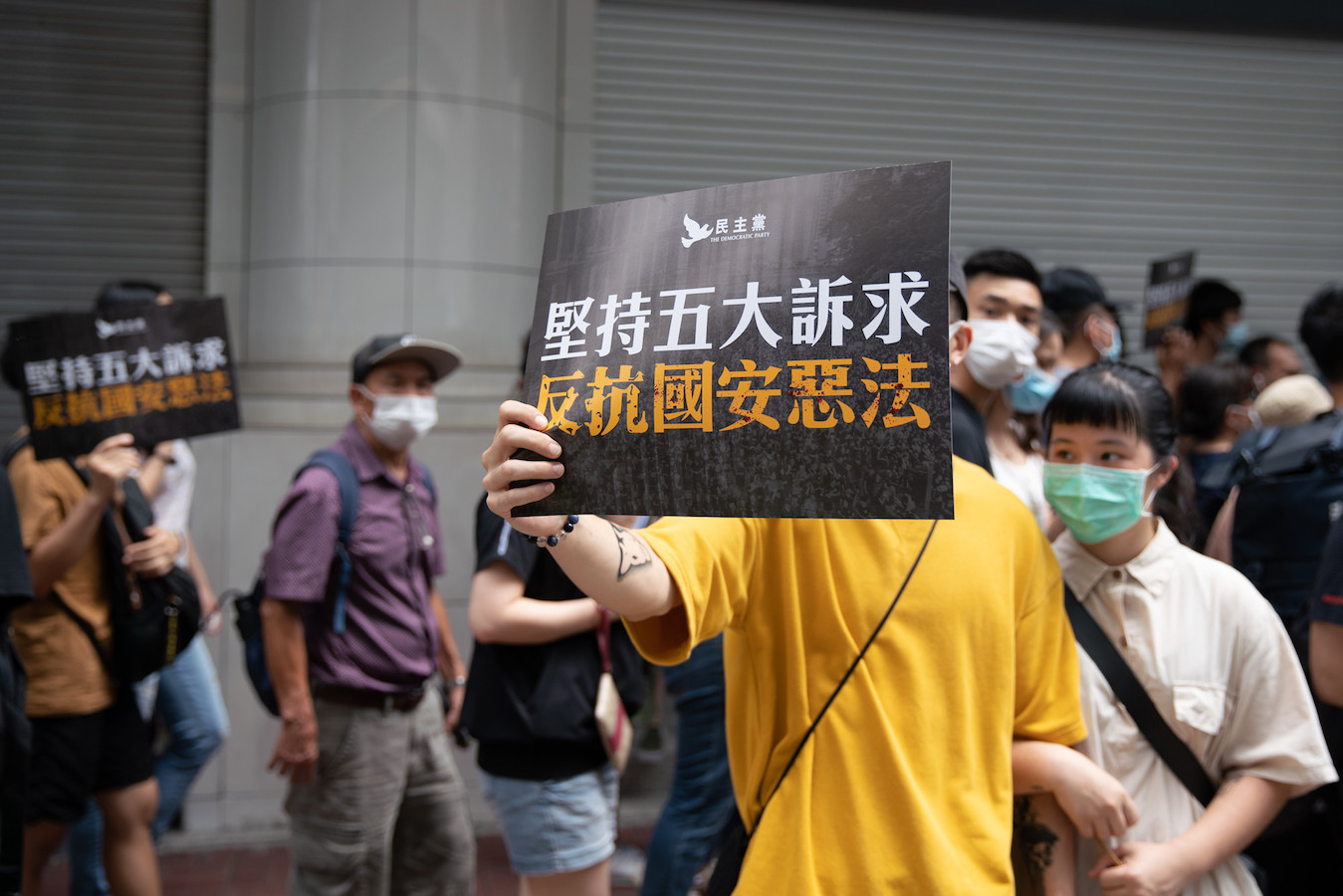 But is there a segment of the Hong Kong movement that can be designated as right-wing? And how should those of us in the Anglophone Left critique and attempt to engage with this faction?

One notes that many of these accusations have been based on disinformation. Of the many character assassinations directed at Hong Kong, the most popular one points to the political and financial ties prominent activist Joshua Wong allegedly maintains with GOP politicians. According to this narrative, Wong receives funding from the National Endowment for Democracy (NED) and is a CIA pawn in America’s plan to engineer regime change in China.

Firstly, this  conspiracy ignores the obvious fact that Wong was still in prison when the protests broke out and could not have orchestrated anything behind bars. Yet this also fails to see that Wong is not as powerful or even as popular as outsiders believe. In the years after the failed 2014 Umbrella Movement, Wong and the other Umbrella leaders that the NED supposedly financed were predominantly seen among the opposition camp as responsible for the movement’s failure. Localist coverage of Wong (e.g. Passion Times) had for years condemned him and his allies for insisting on peaceful civil disobedience and rejecting violent confrontational tactics even when police violence escalated. He remained controversial until last year, when ironically it was his international diplomacy upon his release that restored his status as a respected political actor.

This is another key point that conspiracy theorists fail to grasp about Hong Kong. It has been Wong, Demosisto and the Hong Kong people who actively pursued the West rather than the other way around. This pragmatism is perhaps hypocritical, but the point remains that alliance with the States is not motivated by right-wing ideologies but a wish to resist and survive China’s encroachment. 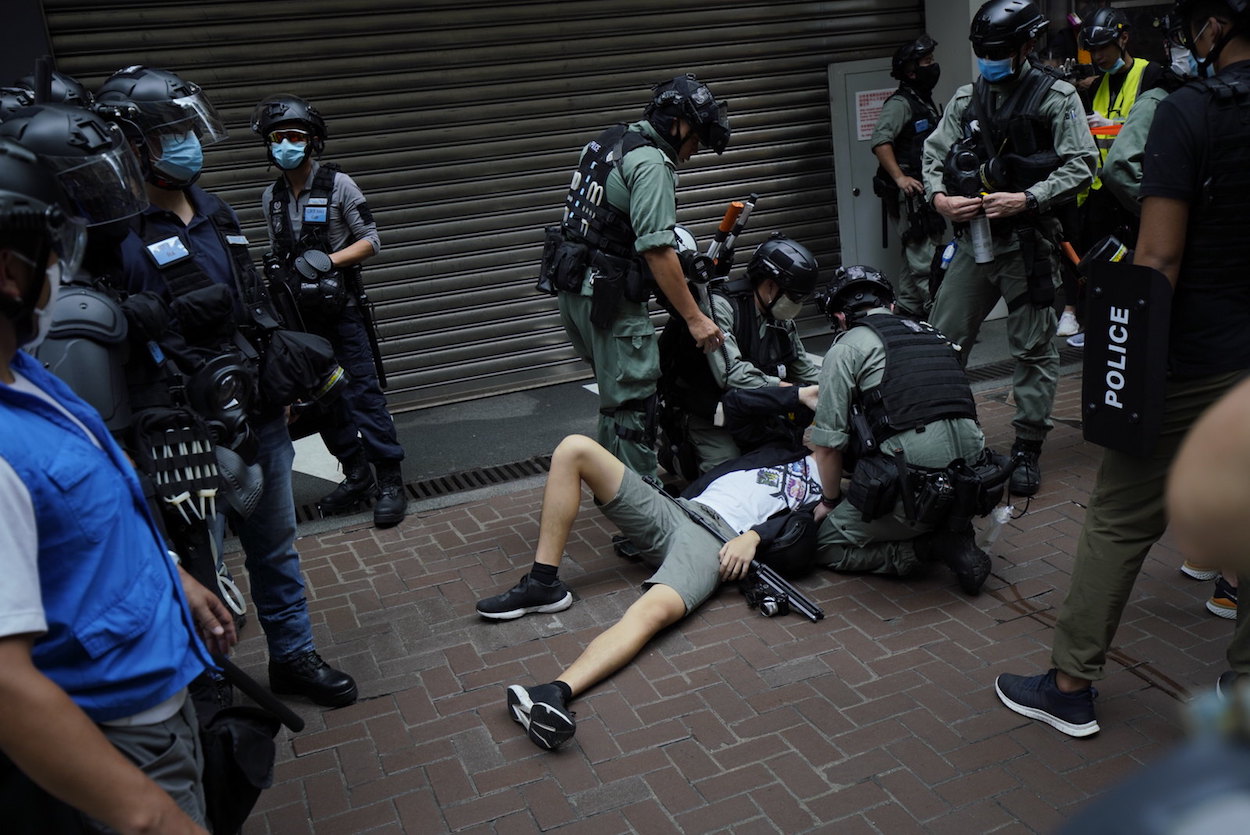 A second common accusation argues that the rise of Hong Kong localist consciousness within the movement—which often translates to calls for outright independence—is indicative of a deeper anti-mainlander ethnonationalism. While it is true that anti-mainlander sentiment has been on the rise for years, these sentiments need to be examined in the context of Hong Kong’s political relationship with the People’s Republic of China (PRC), instead of framed as analogous to or conflated with Brexit xenophobia, Trump’s wall-building racism or anti-refugee apathy across Europe and Australia.

Take for example Chief Executive Carrie Lam’s refusal to close Hong Kong’s border with China during the initial COVID-19 outbreak. Many analysts have correctly pointed out that her adamant refusal serves no function other than to save face for her overlords in Beijing. Lam’s complete disregard for public health is not coincidental. She knows that the people cannot vote her out, and she can thus afford to put ordinary citizens’ lives at risk.

Anger arising from these issues should not have been directed at individual Chinese mainlanders. Xenophobia does exist among Hongkongers and it should be criticized.

However, monolithically painting indignation against the Hong Kong government  “fascist” or “racist” obscures the fact that this frustration stems from a lack of political representation in governance. Moreover, calling these Hongkongers “right-wing” omits the crucial fact that Hong Kong localism is a response to actual Han Chinese nationalism that the PRC uses to justify its control of Hong Kong.

It is not fascist, racist, nor ethno-nationalist to believe that you should have a right to how your own society is governed and to demand a representative government who actually cares about your health and liberty. That such a demand is finally raised in Hong Kong should not be viewed through the lens of rising neo-Nazism in the West; it should be recognized for what it is: a decolonized consciousness. 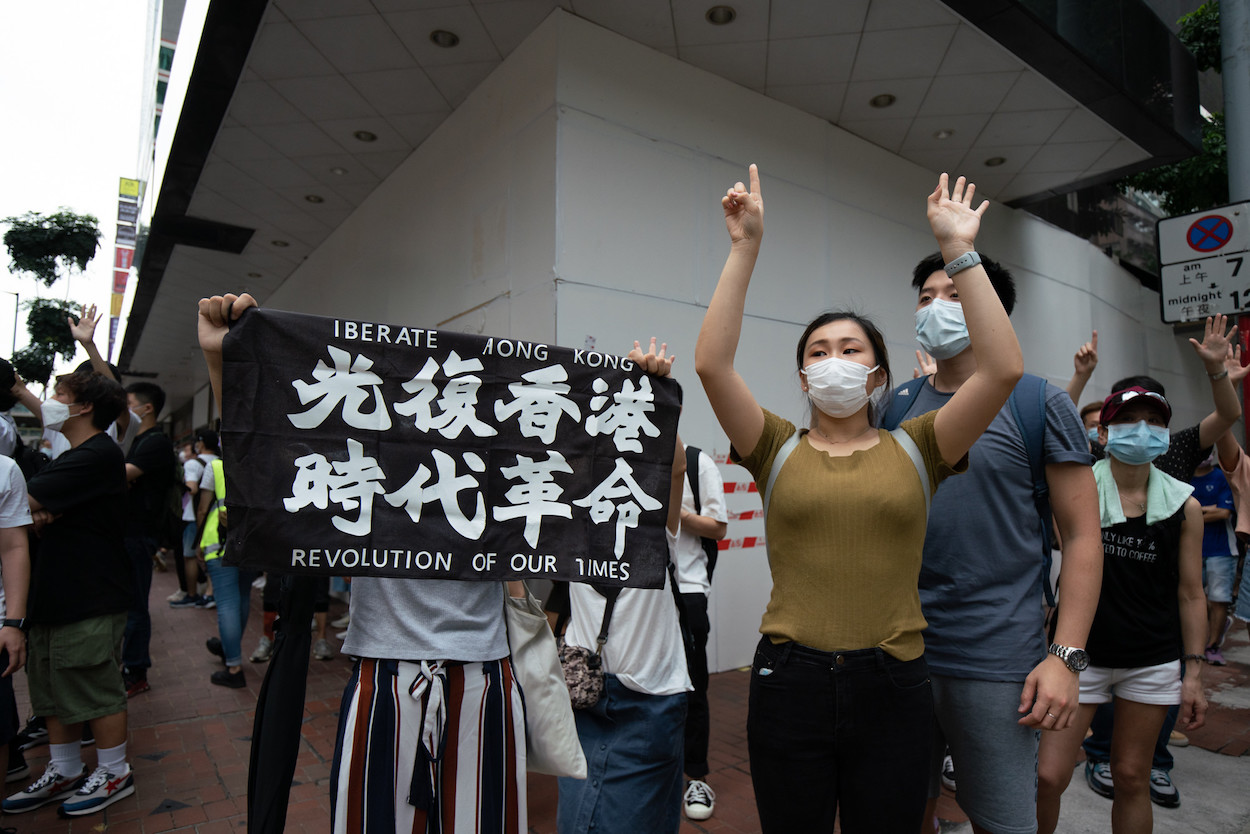 Likewise, the protests can be a vehicle for progressive demands. The protests have been a vehicle for the Han majority to recognize demonstrators of minority ethnicity as their own people. Moreover, the District Council, seized by a pro-protest majority, became the first government body to support local LGBT activism.

And on the anniversary of the Tiananmen massacre, chants for vindications for Beijing victims and for the city’s independence interweaved into one another. Solidarity with oppressed people in the PRC and across the world is possible—provided that Hong Kong itself survive long enough to become autonomous.

It’s time the Left take a stance against the characterization of Hong Kong as monolithically right-wing, something which ultimately benefits the totalitarian rule of the PRC. Supporting self-determination in Hong Kong must not be reduced to a partisan, ideological position just because it’s also touted by the Right. It’s time the Left carefully examine its tendency to transpose Anglo-European Left-Right terminologies onto Hong Kong and other non-Western sites of struggle. We must resist reducing the city’s complex political reality into easily digestible bite-size critiques that will only discourage us from standing with the people of Hong Kong. As we’ve begun to see in the past few days, voices in the city are already being muted. Instead of speaking over them, we must amplify them.