THE NEW YEAR saw speeches by both Taiwanese president Tsai Ing-wen and Chinese president Xi Jinping regarding Taiwan. This took the form of a new year’s address by Tsai, while Xi’s comments were made in the context of a commemoration of the 40th anniversary of the “Message to Compatriots in Taiwan” issued by the Fifth National People’s Congress over new year’s in 1979. Xi’s speech took place earlier today.

In his remarks, Xi doubled down on claims that efforts to realize Taiwanese independence are doomed to failure, claiming that this is against the tide of history and that reunification is “destiny,” while also claiming that the Chinese people on both sides of the straits are one family and that both sides of the strait share a common “China dream”. Xi claimed that although Taiwan and China may have different political systems, this is no obstacle to reunification, stating that the “assets, lifestyles, and religion of the Taiwanese people will be guaranteed” after reunification. Through this, Xi is very likely still attempting to hold out the model of Hong Kong as a possibility for Taiwan, never mind the deterioration of democratic freedoms in Hong Kong after it returned to Chinese control. 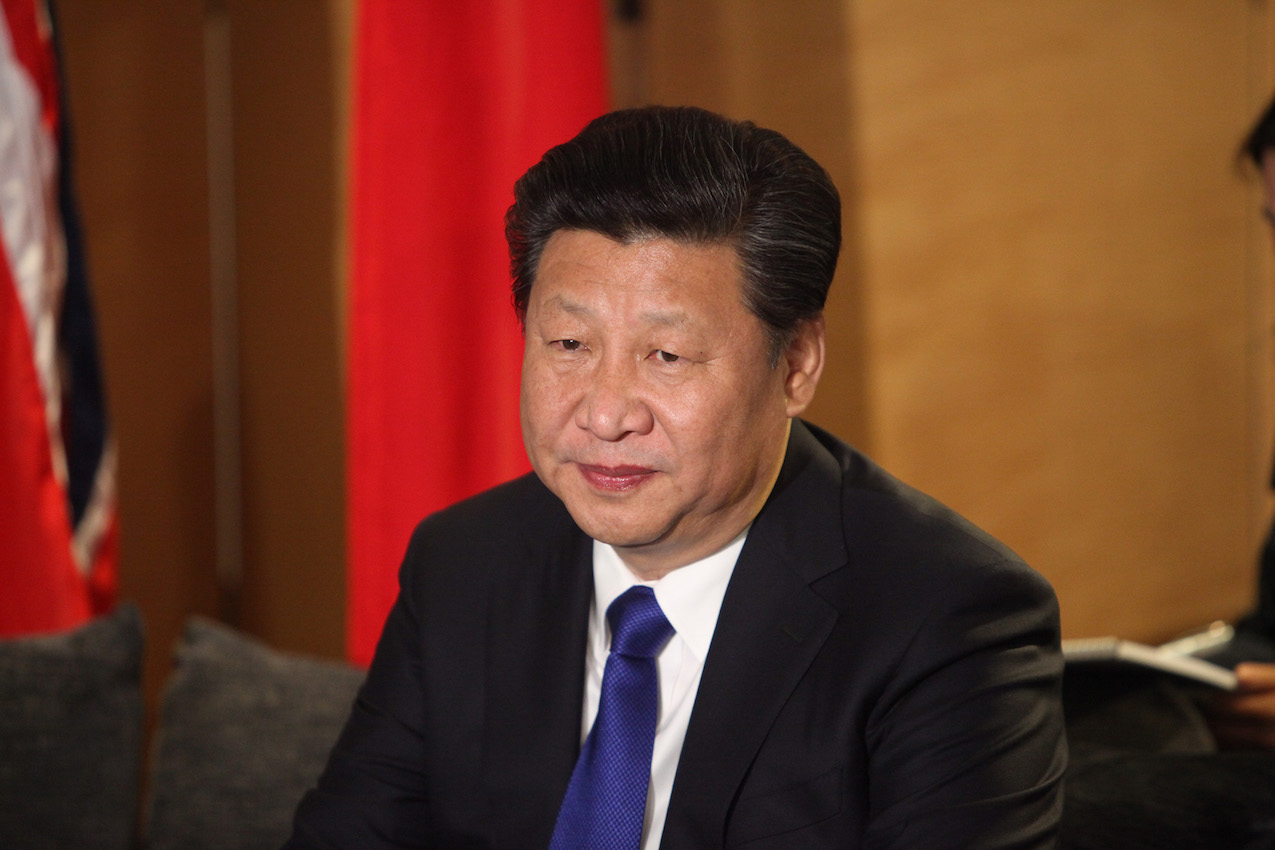 Xi emphasized that, although he hopes for the peaceful reunification of Taiwan and China and hopes to construct institutional links between both to achieve this. As Xi stated that “Political parties and all sectors on both sides of the Strait may recommend representatives to conduct extensive and in-depth democratic consultation on the basis of the common political foundation of upholding the 1992 Consensus”, Xi is indicating that China is open to the KMT or other political actors going around the DPP to negotiate directly with China. Likewise, Xi raised the possibility of building a bridge between China and Kinmen, an outlying island of Taiwan.

Yet Xi also stated firmly China will not set aside the use of force against attempts to realize Taiwanese independence by the Taiwanese government or “external forces” that try to aid in this. This has been read a warning to America that China will not back away from Taiwan, even when the American military has sailed warships through the Taiwan Straits in response to Chinese military provocations as a warning to China. Tensions between America and China remain high, given the ongoing trade war and events such as the arrest of Huawei chief finance officer Meng Wanzhou in Canada, and so part of the aim of Xi’s speech is to serve as a warning not only to Taiwan but also America.

Overall, Xi’s speech does not outline any shift in China’s stance towards Taiwan, however, simply serving as the reiteration of China’s claims over Taiwan and a reminder that it has not renounced military force as a means of forcibly annexing Taiwan.

To this end, apart from touting domestic policy accomplishments and outlining goals for the next year to increase social benefits, Tsai Ing-Wen’s comments did not represent any shift in Taiwan’s position on China either, but primarily indicated the views of the present Tsai administration regarding the results of nine-in-one elections in November, which ended in a series of defeats for the DPP. Tsai emphasized that Taiwan is a free and democratic country and warned against attempts to interfere in its democracy from China. 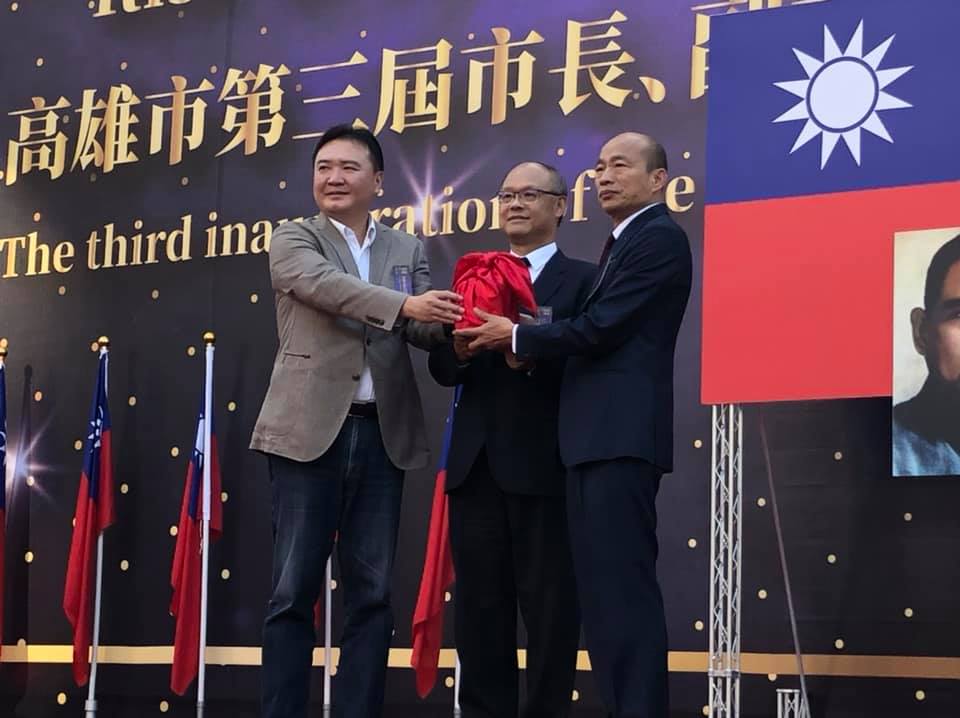 In particular, Chinese interference in nine-in-one elections was alleged through the use of disinformation on the Internet, “fake news” stories regarding negative press about DPP candidates, and manipulation of search results to favor KMT candidates. Indeed, much allegations regarding Chinese election interference attempts have focused on the meteoric rise of KMT candidate Han Kuo-yu from obscurity to superstardom, with the possibility that Han’s sudden popularity was the product of Internet-based manipulation by China.

While Tsai was not more specific about specific cases of election interference in her comments, Tsai is indicating publicly that the DPP believes that China did deliberately attempt to interfere with nine-in-one elections. At the same time, it is probably also true that the DPP’s hands are tied with regards to what actions out in the open it can take against such attempts, seeing as the DPP would be challenged with the claim that it is transgressing on democratic institutions to politically persecute its enemies if it did take open measures, a paradox of that Taiwan being a democracy actually limits its ability to take measures against undemocratic attempts to disrupt its democracy from the outside.

This proves significant, seeing as the DPP made moves to outreach to Ko Wen-je after its losses in nine-in-one elections and after the split vote between Ko and DPP candidate Pasuya Yao nearly resulted in a victory for the KMT’s Ting Shou-chung. As many suspect that Ko may run for president in competition with both the DPP and KMT in 2020, resulting in another split vote that could lead to a KMT victory, it may be that Tsai is suggesting that she will relent on the issue of Ko’s cross-strait outreach as an olive branch to Ko with the hopes that he will not run, in spite of the fact that Ko has come under heavy fire for cross-strait exchanges by many members of the pan-Green camp. At the same time, Tsai is also indicating that she probably will not oppose city-based exchanges by members of the KMT as well, so long as they do not cross a certain line. 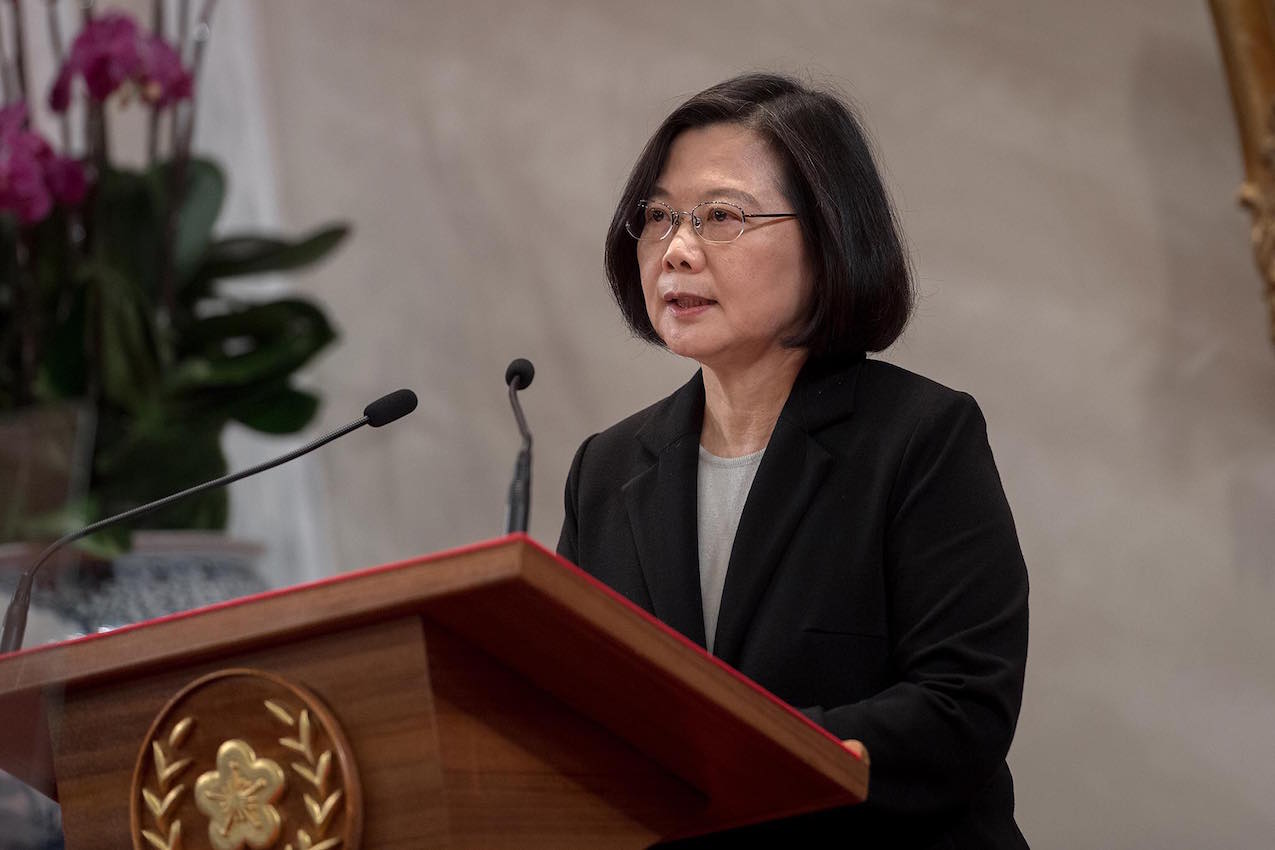 In outlining this bottom line which is not to be crossed, Tsai outlined “Four Musts”, these being that, “[China] must face the reality of the existence of the Republic of China (Taiwan); it must respect the commitment of the 23 million people of Taiwan to freedom and democracy; it must handle cross-strait differences peacefully, on a basis of equality; and it must be governments or government-authorized agencies that engage in negotiations.” In this attempt to outline a concrete formula for cross-strait relations going forward, this serves the role of a warning to China that there is a bottom line that Taiwan will not tolerate being crossed, and suggesting that in return the Tsai administration will not seek to break away from the Republic of China framework as the basis for cross-strait relations. This, too, is a reminder domestically that city mayors and other local government officials lack the authority to conduct cross-strait negotiations with China.

As we can see in the speech, to some extent, the Tsai administration has made accommodations after the results of nine-in-one elections. But the Tsai administration is indicating no change on its priorities in cross-strait relations, even as some members of the DPP do seem to be considering reevaluating their stance towards China in response to the DPP’s losses. Tsai would continue this stance in comments issued in response to Xi’s comments earlier this afternoon, emphasizing that the Tsai administration has never accepted the 1992 Consensus, and pointing to the falsity of China’s offers of peace when China refuses aid to Taiwan regarding outbreaks of international disease and militarily threatens Taiwan. Going forward, we will see as to further actions from Taiwan and China, then.