THE CENTRAL EPIDEMIC Command Center (CECC) announced 315 new cases of COVID-19 today, consisting of 312 domestic cases and 3 imported cases. The majority of cases were in New Taipei, with 144 cases, of which 37 were in Banqiao. Taipei had 127 cases, with 60 in Wanhua. This is slightly up from 295 cases yesterday.

100 cases are linked to locations in Wanhua, with 73 cases connected to teahouses, and 8 cases to a family of grape sellers that works in Wanhua but lives in Changhua. 72 cases are of unknown origin. The new cases displayed symptoms between May 8th and May 20 and are aged from under five to around 90. 1/3rd of those affected are elderly, who may have preexisting conditions that further endangers their health.

Infographic released by the CECC today

Minister of Health and Welfare Chen Shih-chung stated that the central government would distribute medical supplies, such as PPE, surgical gowns, and N95 masks among central governments, while also stressing that supplies are ample in Taiwan. CECC officials also stated that there are currently 690 individuals in centralized quarantine facilities, with 379 from New Taipei, 304 from Taipei, and seven from other areas, and that quarantine facilities still have capacity.

Chen called on members of the public to stay at home over the weekend to decrease transmission chains, stating that he understands how people might want to go out after a week at work, but how this is unfair to society and to medical workers. Likewise, Chen stated that there will be stringent measures against individuals that do not wear masks, since individuals should know by now about the mask-wearing mandate, as well as against who spread fake news. When asked about current blood shortages, Chen did not discourage individuals from donating blood if they are healthy, however.

Chen emphasized uniform policy across the nation for COVID-19 measures during level three alert, which is short of a full lockdown, but in which social gatherings of more than five people indoors and ten people outdoors are forbidden. Although the CECC now holds meetings with local governments every morning, it is probable that the CECC is still seeing pushback, with Chen driving home the point that the central government issues orders that local governments are to carry out..

At the press conference, Chen stated that measures rolled out by local governments in line with central policy—in knowledge of local conditions—is not against the CECC. A case in point is Taipei banning indoor dining, since CECC directives call for restaurants to close if they are unable to maintain social distancing measures indoors.

With complaints that individuals are not being contacted by the central government, despite positive test results, the CECC will work with the National Health Insurance system so that COVID-19 alerts appear among other centralized health information.

When asked about the possibility of Taiwan moving to level four, which entails a full lockdown, Chen stated that he did not believe Taiwan was on the verge of level four yet. The two conditions for triggering a level four lockdown are to have fourteen consecutive days of over one hundred cases, with 50% cases of unclear origin. Chen indicated that cases of unclear origin have remained around 20%, but that he expects this to increase in the coming days.

Either way, Chen called for focus on observing level three measures at present, rather than speculating about when level four lockdowns would take place. Chen stated that the situation in Taipei and New Taipei showed consistent numbers, rather than any explosion in cases. 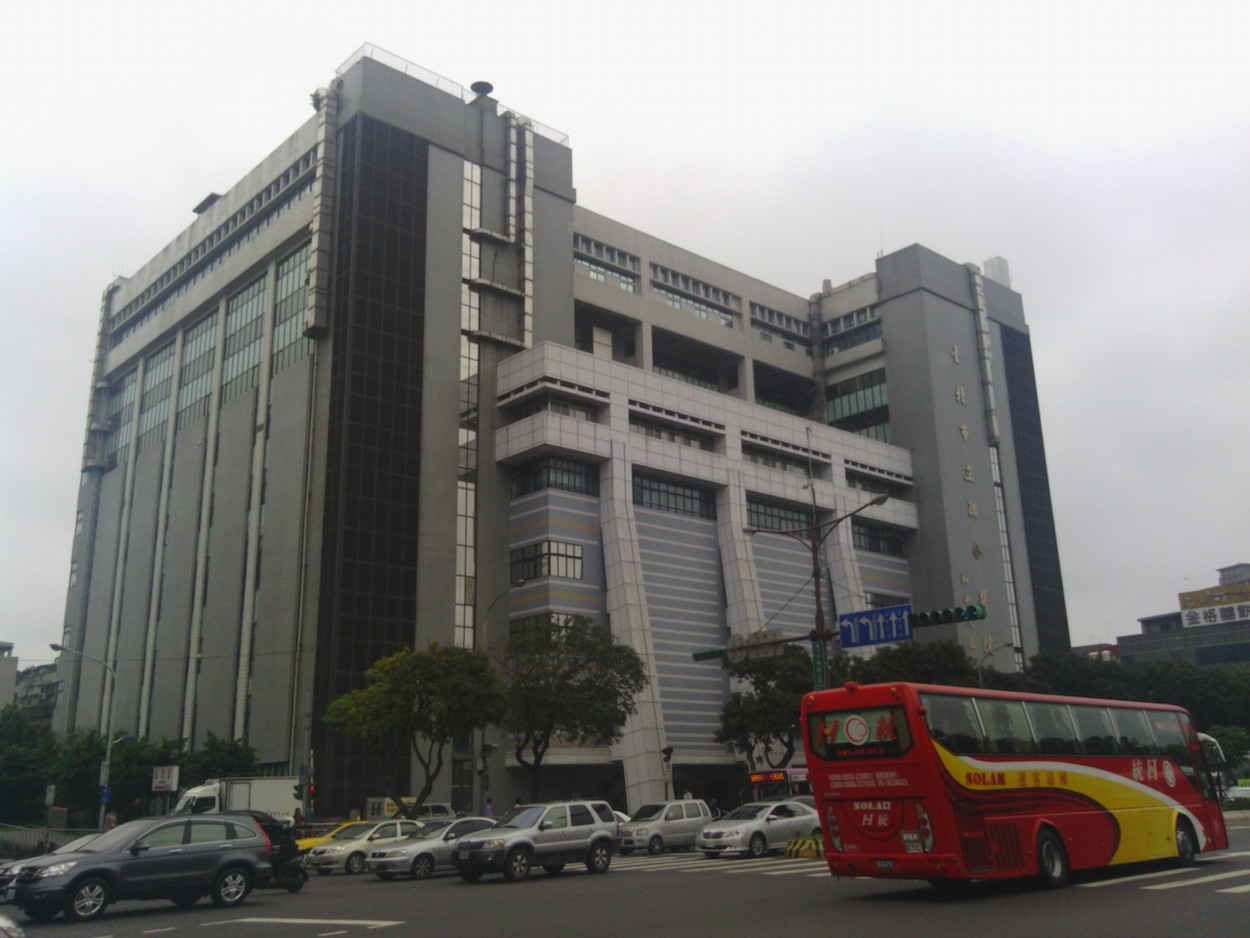 Concerns of COVID-19 spreading in hospitals continue in Taiwan. The Taipei City Hospital Heping Branch has been a particular point of concern, with a nurse that worked in the hospital but did not have contact with previous cases being a particular point of concern. Previous ambiguities about one the cases in the Heping Hospital stemmed from that the individual in question had taken the AstraZeneca vaccine, but later continued to demonstrate symptoms, later proving positive for COVID-19.

When asked about why different hospitals had rolled out different testing measures today, CECC officials emphasized that this was due to different conditions in each of the hospital clusters. Chen stated that hospitals may set up measures for medical workers that wish to stay on-site, to avoid contact with family members, but did not indicate centralized measures for childcare or medical worker dormitories, as seen in other countries.

Due to the cluster infections, there are increasing reports of doctors and nurses turned away from eateries and restaurants after being asked about where they work. Stigmatization of medical workers on the frontlines of treating COVID-19 is not surprising, with similar cases having taken place worldwide. There have also been reports of local residents reacting against testing stations set up in their neighborhood.

With Taipei mayor Ko Wen-je having called on retired medical workers to step up and assist in current efforts to fight against COVID-19, over 1,500 individuals have volunteered to help out, with individuals who have testing experience prioritized. This is not the only volunteer drive by Taiwanese medical workers in past days, with 320 ear-nose-throat specialists stating that they would volunteer to work at testing stations earlier this week. Other cities have seen similar volunteer drives.

Similarly, there are concerns regarding COVID-19 spreading in universities. There have been new cases of COVID-19 found among National Taiwan University and Ming Chuan University students, with both universities reporting a new case today.

To this extent, there continue to be concerns about COVID-positive individuals continuing to travel. The Hualien train station is under disinfection because of an individual that works in Keelung who was tested for COVID-19 and told that he would receive news within three days whether he was infected or not. On the third day, he decided that there was likely no issue and returned to Hualien, resulting in his becoming Hualien’s apparent first confirmed COVID-19 case. Although cases are normally classified by their place of residence, the Keelung and Hualien governments will discuss before they classify him as a case in Keelung or Hualien.

The Keelung city government has also reported a positive COVID-19 case that traveled by train from Keelung to Wanhua tea houses everyday for 26 consecutive days between April 17th and May 12th. Similarly, there are concerns about the possibility of spread from a lizhang that led a tour group of 40 from Tainan to Wanhua earlier this month.

With the nation still under level three alert status, social gatherings of more than five indoors and more than ten outdoors are forbidden. This has not prevented cases of businesses pretending to be closed but continuing to operate, in places ranging from Hualien to Taoyuan and Kaohsiung. Exercise equipment in public parks and campuses across Taiwan are to be closed, due to individuals gathering to play basketball or otherwise exercising—sometimes without masks. Police have taken to fining individuals not wearing masks in vehicles with more than one occupant on highways, as well as scooter riders not riding masks.

As a family of Changhua-based grape sellers resulted in significant spread of COVID-19, other fruit sellers in Changhua have reported seeing a hit in their business. The family of grape sellers themselves has spoken out about being unfairly blamed by the public, when they were simply trying to make a living by traveling to Wanhua to sell fruit. Otherwise, traditional markets have been heavily affected by new requirements specifying that food being sold must be placed in containers, leading some vendors to consider temporarily closing.

Moreover, this morning, Minister Chen spoke with US Secretary of Health and Human Services Xavier Becerra by video conference. This is likely to lead to speculation about whether the two spoke about the possibility of US vaccines being sent to Taiwan. President Tsai is also rumored to have spoken to American government officials during the late-night hours of last night. As stated by Chen at the press conference this afternoon, the US is still deciding how to allocate the millions of vaccines it has pledged to distribute globally.

Great meeting with Minister Chen from Taiwan to discuss the ongoing pandemic & global health issues. The U.S. supports Taiwan’s ability to access vaccines, its contributions to health security, & its return to observership at the #WHA #LetTaiwanHelp pic.twitter.com/xC4cPoFSZm

To this extent, Chen emphasized that the CECC does not favour one vaccine or another, with Taiwan only currently having supplies of the AstraZeneca vaccine but with Moderna shipments anticipated sometime in the near future. Likewise, the CECC would also hope for the use of domestically-produced COVID-19 vaccines. Comments by Chen this morning suggested that he was considering allowing people to take a first dose of AstraZeneca to allow some initial immunity, if people hoped for it.

That being said, the CECC expressed concern as to the spread of disinformation and misinformation about the side effects of vaccines, particularly after two serious reactions to the AstraZeneca vaccine yesterday. Out of 658 follow-up exams, 47 are suspected of having serious reactions. Chen called on individuals waiting for their second shot to delay doing so, as waiting until later would not lower immunity.