ON THE THIRD of July, a group of American scholars and China watchers co-signed and published an op-ed with seven points in the Washington Post, titled “China is not an enemy.” The letter, addressed to President Trump and Congress, argues that “many U.S. actions are contributing directly to the downward spiral in relations.”

The piece argues that China is a competitor rather than an enemy of the US, and calls upon the Trump administration to re-think its China strategy. However, despite the relevance of several co-signers’ work with Taiwan, the letter makes little reference of the issue, which China frequently talks about as a “red line” and a “core interest.” 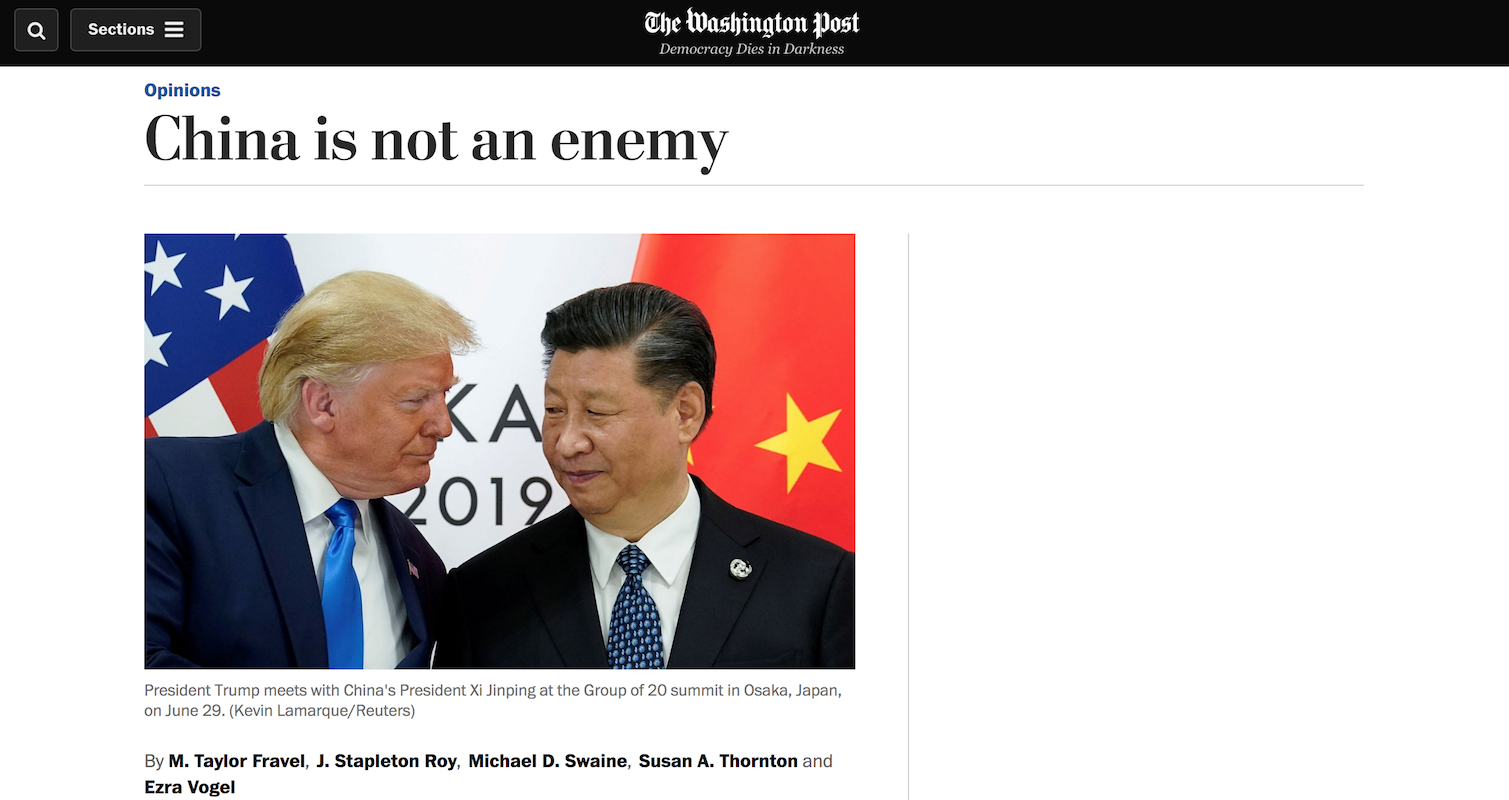 Though the letter acknowledges several issues the US has with China, notably the repression of its own people, state control over private firms, influence in foreign countries, the overarching principle seems to be to remain optimistic to China’s inclusion in the rule-based international community.

But with this optimism, it seems one key element of China fundamentally ignores⁠—that it remains a country run by authoritarians. In the past years, as Xi Jinping made moves toward eventually declaring himself lifetime dictator, there does not seem to be much progress for China to become the way the US would like it to be.

Many in Taiwan, for one, would tell a drastically different story, that China is not an ally at all but rather a threat to the way of life and democracy on the island of 23 million people. That China has merely embarked on a “greater efforts to control foreign opinion and more aggressive foreign policy” would be an understatement for Taiwan, which has constantly been under the pressure of a Chinese invasion and constantly facing new ways which China is undermining its government.

China has taken many active measures in infiltrating and influencing the people of Taiwan. Politicians, business people, and entertainers have already begun actively propagating the view that Taiwan should be a part of China. They propagate these view not necessarily because they agree with Chinese political ambition, but rather because the Chinese government has the power to ruin their career if any part of their business involves Chinese money. In 2016, a sixteen-year-old female entertainer was forced to publicly apologize and accept the so-called “One China Principle” for merely raising Taiwan’s ROC flag. This act⁠—weaponizing a flag, publicly attacking a minor, and threatening to end her career unless she obeys⁠—should show to the US how far the CCP is willing to go in conducting political warfare.

Media receiving Chinese money as subsidies or have ties to the Chinese government are spewing out misinformation, promoting China’s greatness and wealth, while sowing distrust in the US government, all to push on a pro-unification agenda that would mean the end to Taiwan’s democracy. There are already cases of Taiwanese media taking Chinese money to disseminate fake information and push on a pro-Beijing narrative. 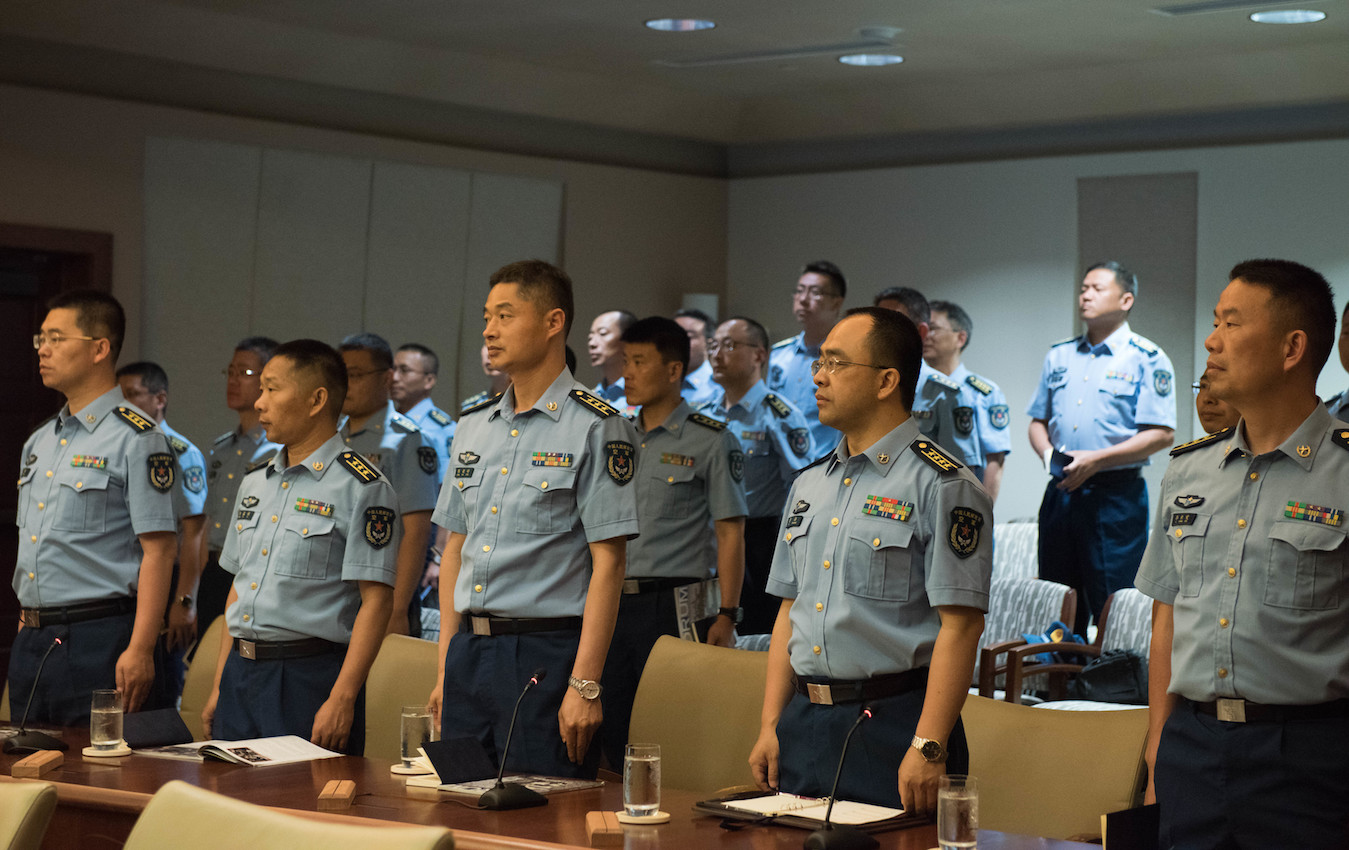 China has made active military threats and frequently infringed on Taiwanese space. It’s hard to say that China does not see the US as a threat when the PLA air force bombers circled Taiwan during Paul Ryan’s visit in celebration of Taiwan Relations Act’s 40th anniversary. More than a thousand missiles are constantly pointed towards the people of Taiwan, ready to rain fire and fury upon Taiwanese if they are to officially declare to the world that they themselves, rather than oligarchs and dictators in Beijing, get to decide their own destiny.

It’s hard to say that China is just a competitor when it frequently, through its control over the state media, makes its intentions to potentially invade Taiwan clear. Pictures such as this one show amphibious assault ships landing on the coast of Danshui, a town in New Taipei City.

There is little reason for the circulation of these photos other than to sow fear and terror in the minds of the Taiwanese people. If China can militarily threaten a democratic neighbor which the US regularly supplies defense articles to, and still be considered as a non-enemy, then it will likely see the US as permissive for these types of destabilizing and aggressive behaviors.

Also to keep in mind is the continued existence of Taiwan’s Republic of China constitution. When the people of Taiwan were handed over with the island in 1945, the Japanese speaking Taiwanese did not get to have a say. After all, they did not have a say either when China in 1895 gave the island away. When the Chinese Nationalist Party (KMT) retreated to Taiwan in 1949, the Taiwanese were deprived of any representation, controlled through an authoritarian police state, and conscripted to serve a dictator caught app in delusions of taking back China. To this day, many of these politicians still believe themselves to be Chinese, and would rather submit to Beijing because of their identification as Chinese rather than to let the Taiwanese have their own nation.

The PRC leadership has an obsession with its past greatness, frequently noting China’s humiliations in the 19th and 20th century. They see their rise as a rightful return to hegemony. Unfortunately, this type of thinking, and the actions that follows it shows how little concern they have for their neighbors. Drawing boxes and dashes to aggressively claim land and water that they never realistically controlled shows how the Chinese government is more than willing to take from their neighbors to strengthen themselves. Many of these, Japan, Philippines, South Korea are democracies. 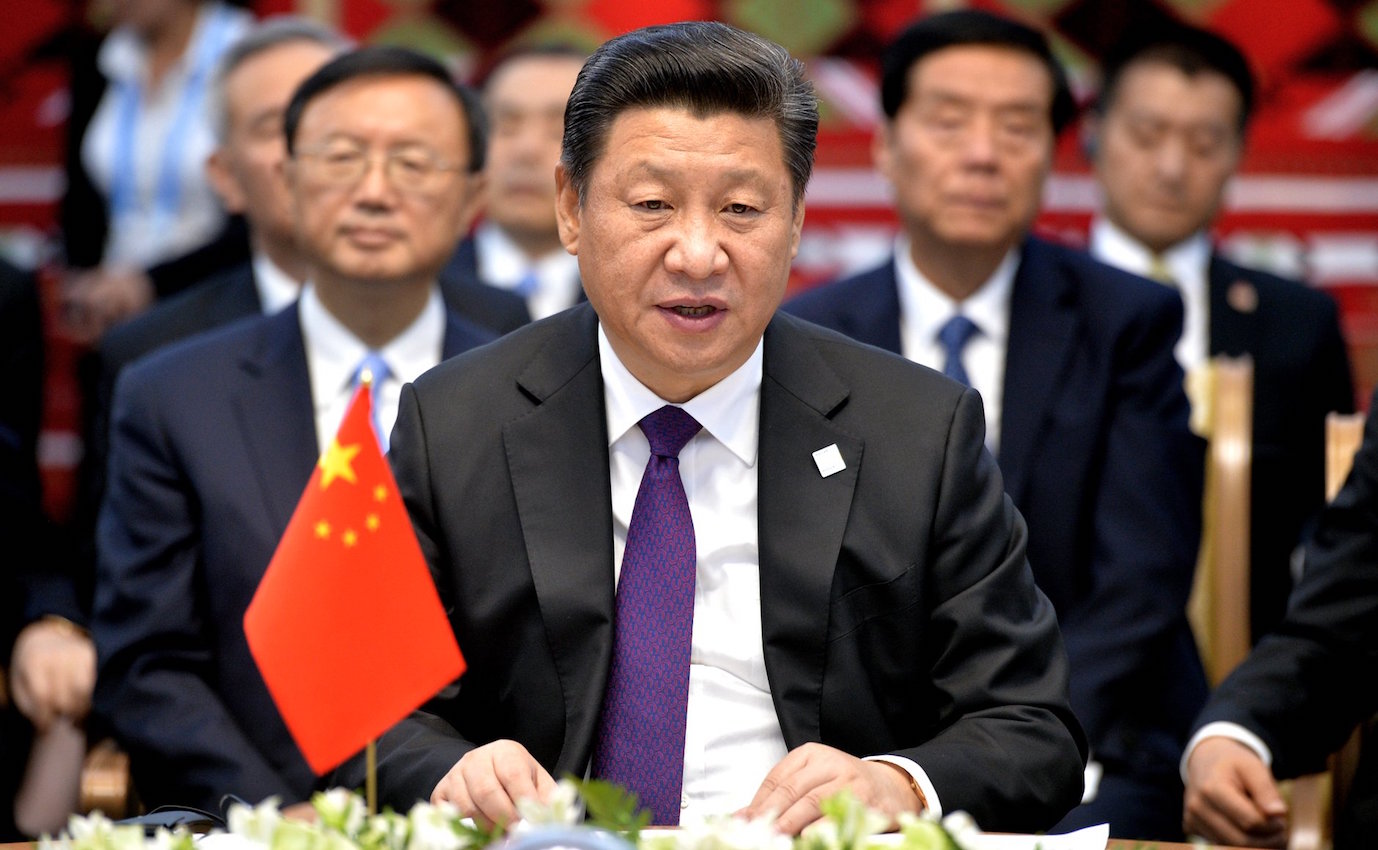 The assumption that elite Chinese members are not as hardline as their current leader may be valid, but to go further and assume this element of goodness to be influential the Chinese leadership may be a great mistake. Modern-day Chinese leaders have experienced and seen the Cultural Revolution and Tiananmen Square. They are not the everyday American policymakers who grew up in a nation whose homeland has not seen war in the past hundred years.

They are adversity-hardened veterans who managed to survive by employing every means possible, enduring the harshest of internal conflicts and power plays, and telling deceptive lies to their opponents before stabbing them to move up the bureaucracy. It matters little that elements of them appears at least to disagree with the current policy, since China’s leader Xi Jinping currently has near total control over the country’s political system. Any voicing out of opposition against the leader’s will be promptly removed from power, likely under the name of corruption.

Americans have not experienced authoritarianism at any point of their history, whereas the people of Taiwan has had enough after breaking free of it in 1996. Less than three decades ago, Taiwan was still very much like today’s China. The horror, fear, and suspicion of the government and of each other to this day still molds the thinking of Taiwanese today.

It is undeniable that China today seeks to annex Taiwan and strip its people of freedom. Though it has hidden its agenda using many pretenses, including the “one country, two system” doctrine, Taiwanese have seen through the case of Hong Kong how trusting the Chinese as responsible leaders have gone for people on the other side of the strait. Taiwan has also seen how becoming a captive state under China has went for Tibet and Xinjiang. While the former’s leader is now in exile, the latter is being subjected to rule under digital authoritarianism, where all forms of thoughts and actions are monitored.

As long as China believes Taiwan to be a part of itself, against the objective reality that a sovereign, independent government free from Beijing’s grasp has governed the island for decades, the issue of US policy towards Taiwan may never be decoupled with that of the policies towards China. American policymakers and influencers need to keep put considerations of Taiwan in mind if genuinely believing that China is not an enemy. 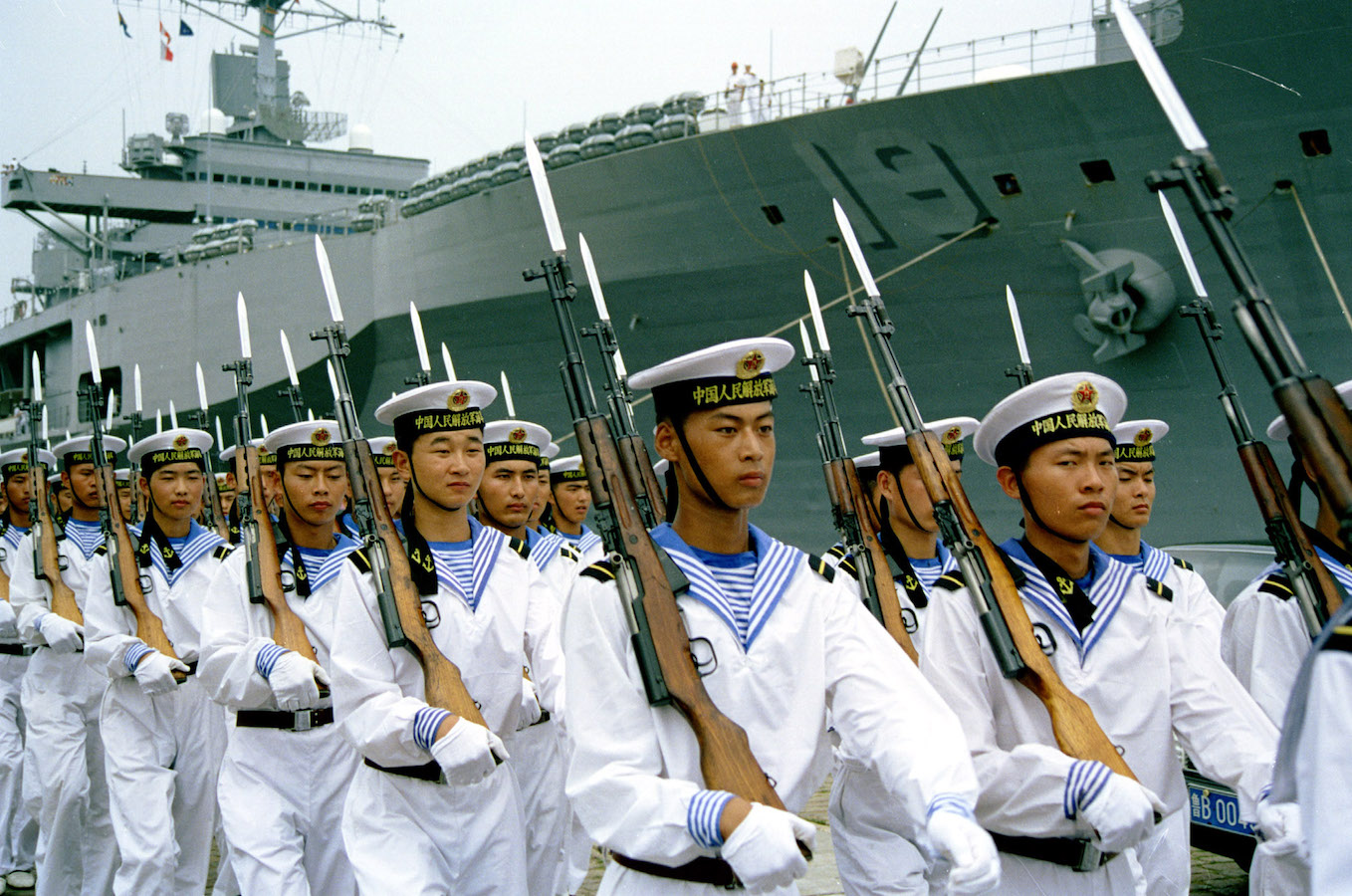 The experts and authors of the Washington Post article undoubtedly are extremely well experienced and have eloquently expressed their argument. However, recent developments have shown that not taking a harder stance on China has given it leeway to cheat international norms and rules, especially on dealing with Taiwan in a way that angers its people. Though last year’s November election might have appeared as a mandate for pro-Beijing politicians in Taiwan, the same election was also rife with Chinese influence both in traditional and social media.

A look at more recent polls would show that more than four out of five Taiwanese oppose Taiwan becoming a part of China. This should show to Americans what the Taiwanese feel about Beijing’s encroachment. That an overwhelming majority of people in Taiwan considers themselves “Taiwanese” and explicitly not Chinese should also show to the US just how much they would not like to be controlled by the PRC government.

As far as Taiwan is concerned, the People’s Republic of China government is clearly an enemy that seeks to take away their democracy, their way of life, and their right to life, liberty, and pursuit of happiness.

American policy makers should also be well aware of the ways their perception of the world affects the others. The US does not necessarily need to see China as an enemy, but it should be cognizant of that Taiwanese hope to remain safe from a regime that seeks to take away their freedom.