Increased City-Level Exchanges with China Possible in the Future, Even from DPP Mayors

IT SEEMS HIGHLY likely that KMT city mayors will pursue a strategy of carrying out city-level exchanges with China going forward, a model originally pioneered by Taipei mayor Ko Wen-je. This would be a means of going around the central authority of the Tsai administration to facilitate steps aimed at bringing Taiwan closer to China. However, interestingly enough, DPP mayors may also be tempted into carrying out a similar strategy, as observed in statements by Tainan mayor-elect Huang Wei-che that he would not rule out a trip to China.

After his narrow reelection victory, Ko Wen-je’s position on cross-strait relations continues to be highly ambiguous. Although Ko is a political independent and he had to contend with both the KMT mayoral candidate, Ting Shou-chung, and the DPP mayoral candidate, Pasuya Yao, in order to secure the Taipei mayorship, Ko announced shortly after his election victory that the next city-level exchange carried out with Shanghai by the Taipei city government would take place on December 20th. 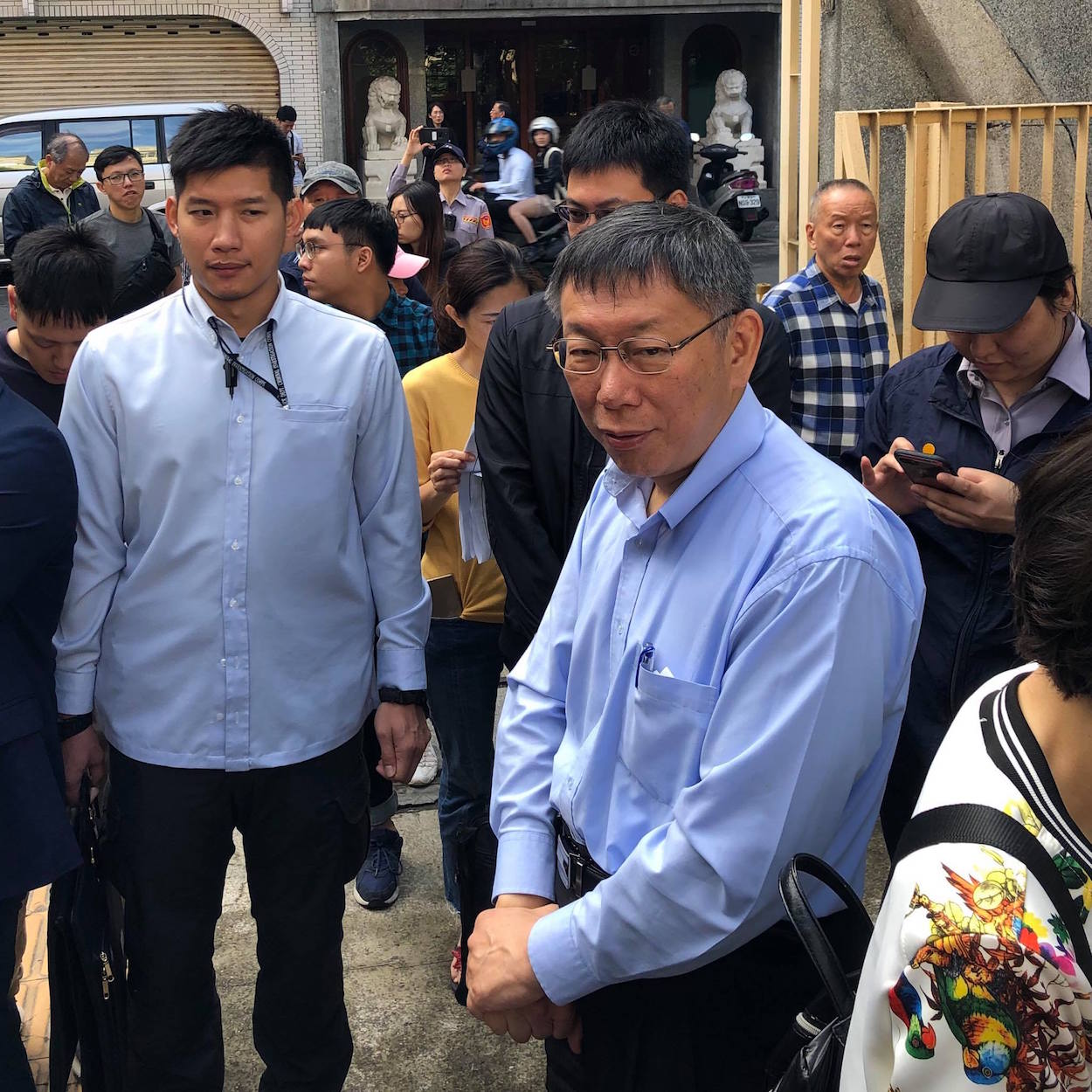 Although Ko was initially elected into power in 2014 with the support of post-Sunflower Movement youth activists, Ko is perceived as increasingly drifting towards the pan-Blue camp by many. Apart from public appearances with deep Blue political figures such as James Soong or “White Wolf” Chang An-lo, as well as statements praising Chiang Ching-kuo and defending the Chinese Women’s League from investigation for being a KMT-affiliated organization, what has proved most controversial is Ko’s pursuit of city-level exchanges with Shanghai. As part of these exchanges, Ko has referred to both sides of the Taiwan Straits as “one family” and “sharing a common destiny.”

Regardless of what Ko’s motivations are, as this seemed a successful model of circumventing the Tsai administration in establishing independent relations with China, the KMT’s victorious Kaohsiung mayoral candidate, Han Kuo-yu, has stated that he would seek to carry out similar city-level exchanges with China. To this end, Han declared the formation of a “Mainland Working Group” within his administration to plan these exchanges, a move which Chinese state-run media suggested it would welcome. Han has declared that these exchanges would be conducted on the basis of the 1992 Consensus.

Interestingly enough, in the past week, with Shanghai Taiwan Affairs Office officials in Taipei to plan for the upcoming exchange, Ko stated that he would invite Han to participate in his event with Shanghai. Han publicly turned down this invitation almost immediately, but it is still likely that Han will go ahead with his own, separate city-level exchange with China.

It is possible that Ko hoped to outreach to Han as a possible political ally, seeing as Han appears to have modeled his style of election campaigning in 2018 elections after Ko’s political style in 2014 mayoral elections. Likewise, this may be because Han has become large enough of a political figure that he could potentially act independently of the KMT party establishment if he were to so desire. If Ko has aspirations beyond simply serving as Taipei mayor, such as running for president in 2020, allies such as Han would be useful, particularly as Ko lacks any party establishment behind him to front a presidential run. Nevertheless, by turning down Ko’s invitation, Han may be indicating continued loyalty to the KMT party establishment. 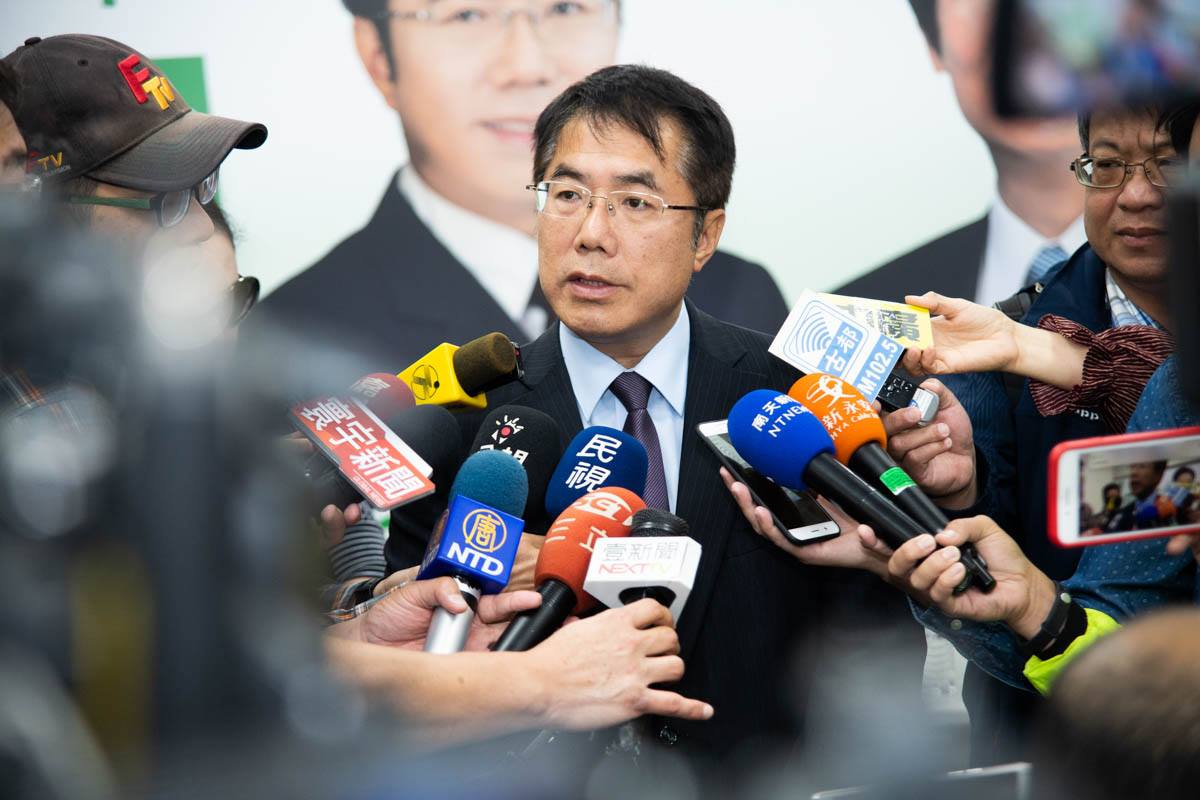 It is a greater mystery as to why the DPP’s Huang Wei-che stated that he would consider city-level exchanges with China as well. However, it must be kept in mind that after its defeats to a resurgent KMT in the years of the Ma administration, the DPP appeared to be considering whether to reevaluate its stance towards China. DPP politicians such as Frank Hsieh and those aligned with him factionally in the DPP pushed for rapprochement with China within the party. But it was the outbreak of the 2014 Sunflower Movement which caused the DPP to rule out rethinking its stance with China, seeing as the movement indicated that Taiwanese society was still highly wary of China.

Indeed, despite the DPP’s party charter enshrining the place of Taiwanese independence advocacy, retrenchment on the part of the DPP still occurred during the Ma administration. And with the DPP’s losses to the KMT in 2018 local elections, it is highly likely that elements of the DPP will wonder if the party should rethink its stance towards China once again.

In truth, Taiwanese voters likely voted for the KMT because they were dissatisfied with the DPP for failing to carry out the mandate of hope and reform it had been voted on and its inability to better the sluggish domestic Taiwanese economy, much more so than a sudden turn towards pro-China views. Considerations of the China factor likely dropped out of the picture, with domestic concerns taking precedent. Yet it may be that the DPP will misunderstand the reason why it lost. Much as the KMT claims, also incorrectly, that its victory was because Taiwanese voters question the DPP’s cross-strait policies, it is possible that the DPP will arrive at a similarly mistaken conclusion. Such an outcome is far from impossible.