DURING THE annual Shanghai-Taipei forum which took place in Taipei on Thursday, Ko Wen-je doubled down on the stance he has taken on cross-strait relations by once again making public statements that there is “one family on both sides of the Taiwan Straits.” Ko’s statements were echoed by Shanghai vice mayor Zhou Bo, who stated that exchanges between Taipei and Shanghai would continue so long as they were founded upon the 1992 Consensus and “accurate impressions” of cross-strait relations.

Although Ko claimed that his statements were merely in the spirit of sticking to past precedents such as the 1992 Consensus, it should be clear that moves by the DPP to outreach to Ko after nine-in-one elections last month have not dissuaded Ko from efforts to conduct cross-strait exchanges with China.

Indeed, Ko announced shortly after his election victory in late November that cross-strait elections would continue with China, and that the next annual exchange would take place on December 20th. No less than current president Tsai Ing-Wen would personally meet with Ko as part of moves which many understood as the DPP offering an olive branch towards Ko. 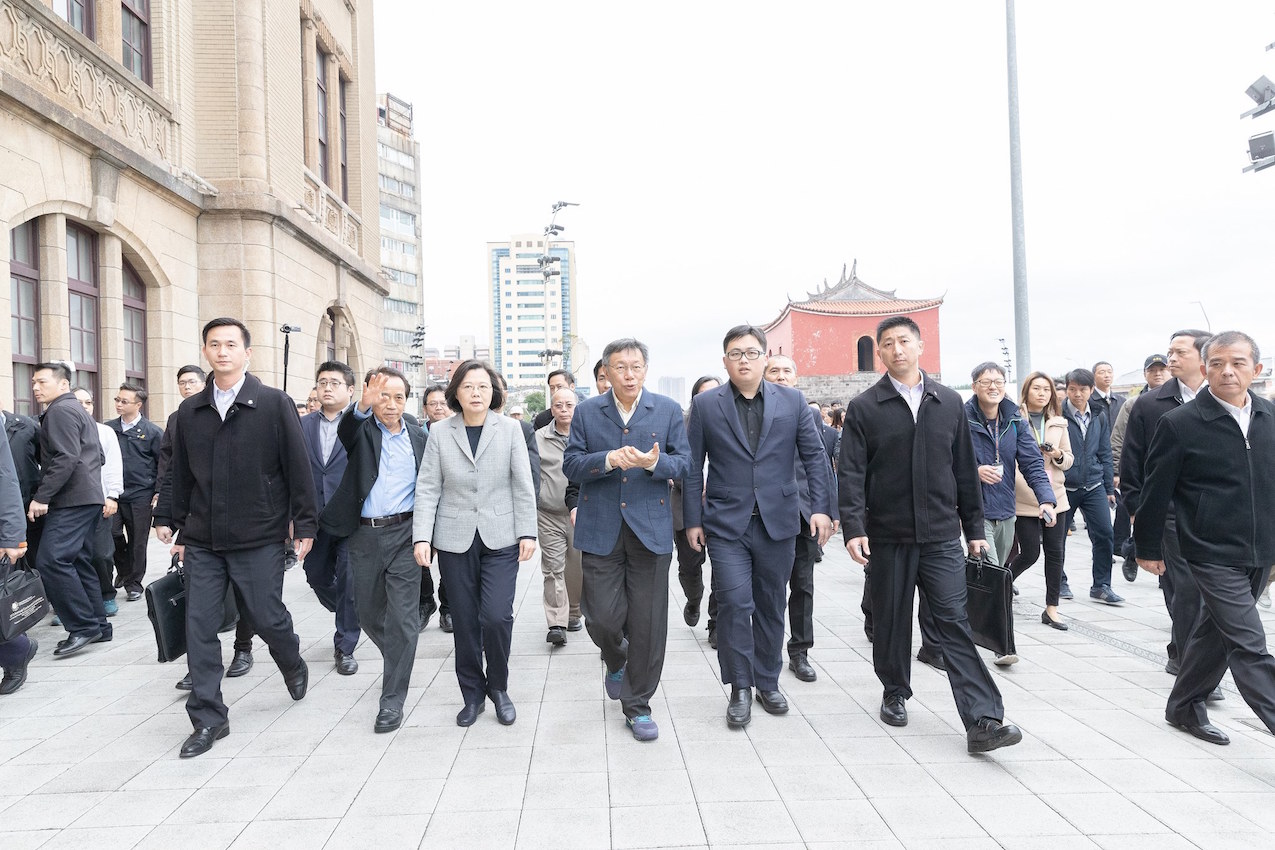 With widespread DPP losses to the KMT in nine-in-one elections and the Taipei mayoral elections nearly resulting in a KMT victory because of a split in the vote between Ko and DPP candidate Pasuya Yao, the DPP is seen as reevaluating its strategy of not working with Ko in 2018 elections.

Significantly, before this year’s forum took place, Ko struck out again at the DPP because of the fact that no DPP city councilors participated in the forum, viewing this as a personal attack. This indicates that ties are likely not to improve between Ko and the DPP. Ko is seen as possibly aiming to run for the presidency in 2020. Moves by Ko to bring Taipei city councilor candidates under his wing or even to run a supporter for the now-vacant legislator post formerly filled by Pasuya Yao are seen as potentially aimed at building a political force to back Ko in such a run.

Ko ran with the DPP endorsement in 2014 but has since become alienated from the DPP. This is due to his cross-strait exchanges conducted with China, as well as increased public closeness with the pan-Blue camp, as evidenced public appearances with individuals such as James Soong of the People First Party and Chang An-lo of the Chinese Unification Promotion Party. Ko also came under fire for failing to address attacks by gangsters on pro-independence student demonstrators at events held as part of his cross-strait exchanges with China, instead defending these exchanges are primarily being successes.

Indeed, this pattern of behavior by Ko continued at this year’s Taipei-Shanghai exchanges, with the arrest of pro-independence demonstrators by Taipei police. It will be seen whether Ko will acquire a reputation for cracking down on Taiwan’s democratic freedoms to make way for exchanges by China, much in the way that restrictions on political freedoms during visits by Chinese officials under Ma Ying-Jeou provoked events such as the 2008 Wild Strawberry Movement. The Wild Strawberry movement was notably a reaction not only to the visit of Association for Relations Across the Taiwan Straits chair Chen Yunlin to Taiwan, but political restrictions on national symbols during Chen’s visit enforced by the Ma administration.

But in the meantime, Ko continues to be shielded from such criticisms by the public perception that he remains a figure somewhere in between the pan-Blue and pan-Green camps and the view that Ko’s exchanges with China are “pragmatic” in nature rather than an outright attempt at pushing for unification. In some cases, Ko has gone around the Tsai administration with these exchanges, such as failing to report planned comments about there being “one family on both sides of the Taiwan Straits” ahead of time to the National Security Council. Ko is required to submit drafts of these speeches ahead of time to the National Security Council, but he left out these comments in the drafts he submitted. 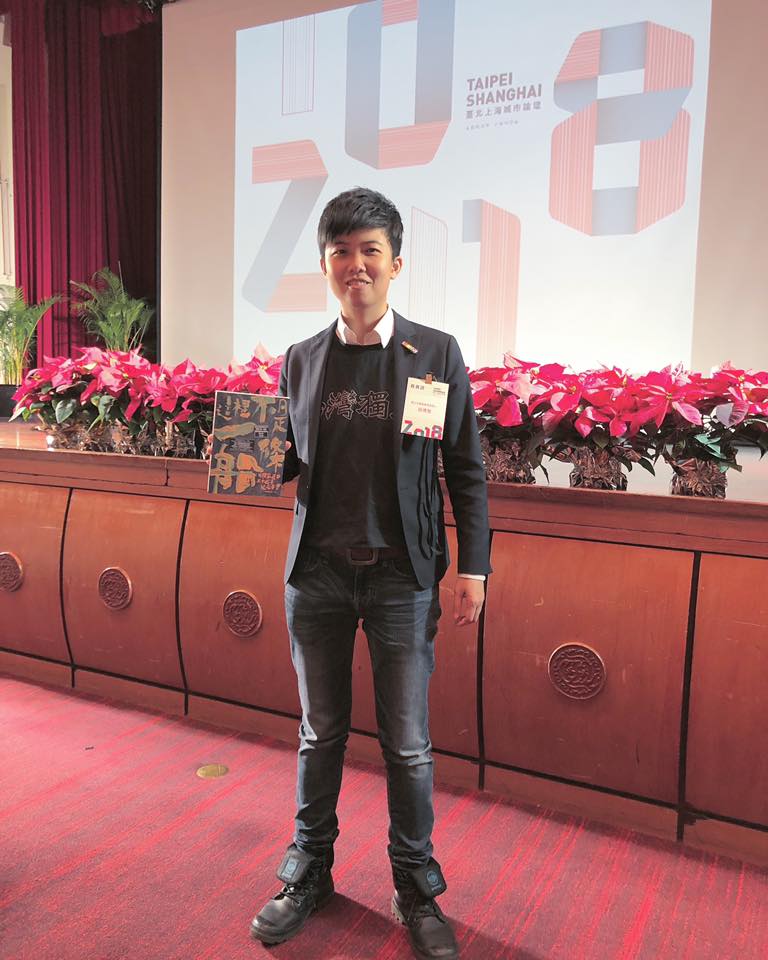 More generally, some fear that through these exchanges, Ko has established a model for KMT mayors to circumvent the Tsai administration to conduct exchanges aimed at bringing Taiwan closer to China. This can be observed in the KMT’s victorious mayor-elect in Kaohsiung, Han Kuo-yu, declaring that he would also seek to conduct city-level exchanges with China.

The stance of Third Force parties on Ko Wen-je continues to be divided. The New Power Party (NPP) notably saw a renewed spate of criticisms after comments by Ko at this year’s forum, seeing as some NPP candidates backed Ko. This later led the NPP to criticize Ko’s stance on the forum. On the other hand, while Miao Poya of the Social Democratic Party was in attendance at the forum, she wore a “Taiwanese independence” sweatshirt produced by the activist clothing brand Radicalization as a demonstration of a continued stance in support of Taiwanese independence.

And so Ko’s independent path from the DPP continues, as marked in this year’s Taipei-Shanghai forum. It is to be seen whether Ko’s actions will lead to any reversal of public opinion regarding him and it remains to be seen how they will influence cross-strait relations.