A POLITICAL SPAT between high-ranking KMT and DPP politicians broke out last month after comments by former president Ma Ying-jeou of the KMT regarding Taiwan’s national defense. According to Ma, in the event of a Chinese invasion, Taiwan’s military would not last for more than several days, as a result of which the “first battle would be the last battle.” Consequently, Ma referred to current president Tsai Ing-wen’s cross-strait policy as overly provocative of China, as having brought Taiwan to “the brink of war.” Ma’s comments are revealing about the KMT’s current rhetoric in a time of frequent military drills by the Chinese government, as well as what China may be attempting to accomplish through such military drills.

Ma’s comments prompted rebuttals from Tsai, as well as premier Su Tseng-chang and vice president William Lai. Tsai criticized Ma for believing that he could bring peace to Taiwan through “bowing and scraping,” while Su stated that Ma was attempting to sow fear. Lai stated that Ma’s comments would only create conflict. Ma’s office later claimed that Ma was citing a report from the Institute for National Defense and Security Research, a think tank affiliated with the Ministry of Defense. 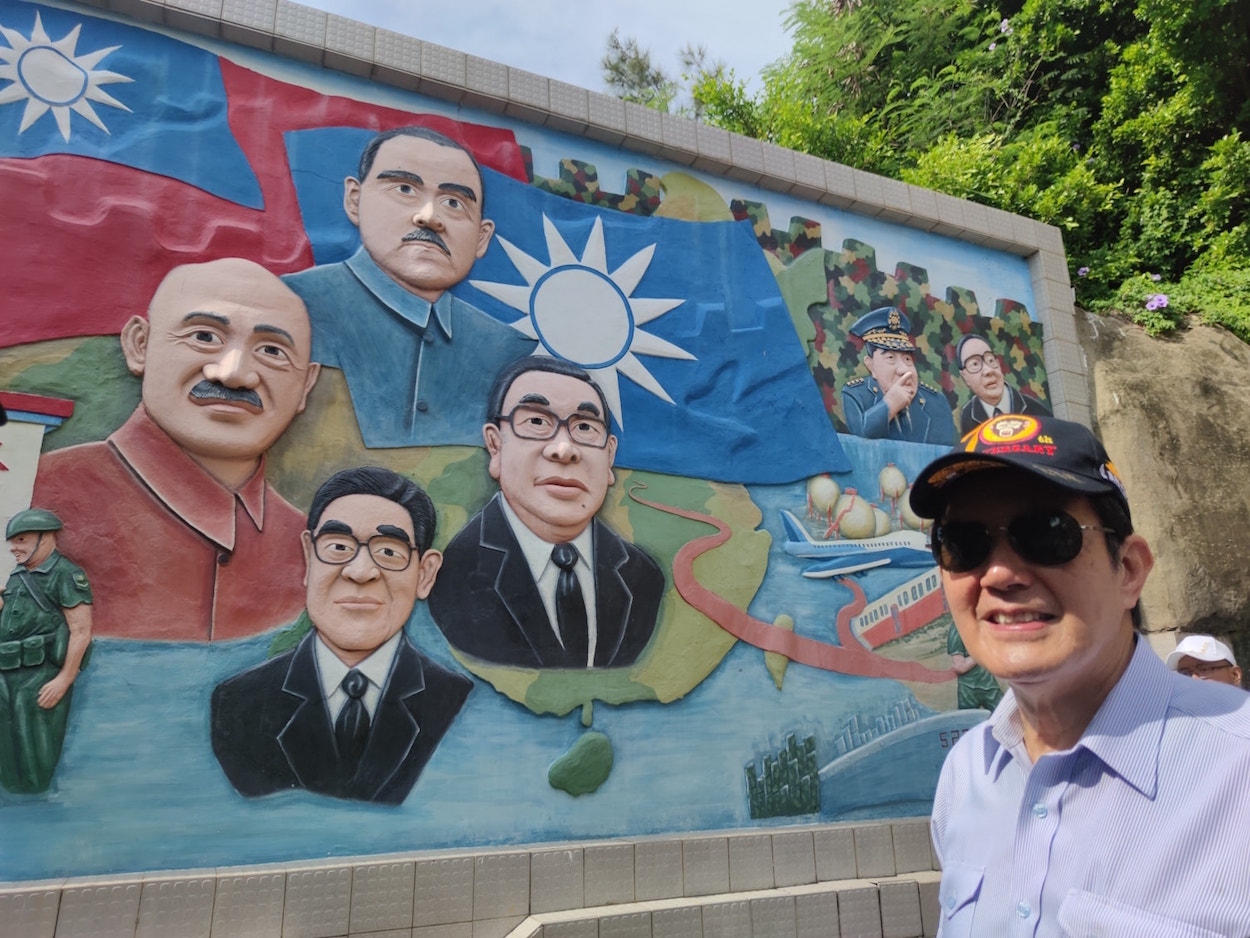 It is to be noted that Ma Ying-jeou is, in many ways, setting the tone for the KMT at present. Current chair Johnny Chiang was elected into office in March, making promises to reform the party to change its pro-China image, and to rise above the partisan mudslinging that characterized the KMT during former Kaohsiung mayor Han Kuo-yu’s stint as the party’s presidential candidate in 2020. However, since the KMT’s abortive occupation of the Legislative Yuan to prevent Chen Chu’s nomination as head of the Control Yuan, one has observed a decided change in tone on the part of KMT politicians.

At present, KMT politicians have returned to leveraging on ideological partisan attacks on Tsai, with Ma among those leading the charge. Consequently, some perceive Ma’s attacks on Tsai as aimed at appealing to ideological diehards within the KMT to gain their support. Notably, during Han’s presidential run, supporters of Han were highly critical of Ma. Apart from a widely discussed incident during which Ma was jeered onstage during a campaign rally, backlash against Ma from Han supporters led Han to criticize Ma in comments. With the KMT now returning to a political style characteristic of Han’s presidential campaign, Ma may be seeking to appeal to Han supporters in the party.

It proves unusual that a former president has taken such an active role in his party’s current affairs, with speculation that Ma might even seek to run again for KMT chair. At the same time, it seems to be indicative of the KMT’s internal fissures that Ma has taken a dominant role in the party. After all, Ma left office with historically low approval ratings, and it is unusual that he is again a leading figure of the KMT.

In many ways, it is Ma who is responsible for the KMT’s current marginalization from the Taiwanese public. Ma’s attempts to create stronger political and economic ties with China led to the eruption of the 2014 Sunflower Movement. The Tsai administration rode into power riding on a wave of support in the aftermath of the movement, and the KMT began to experience an organizational crisis after the realization that the party had become marginalized from Taiwanese young people because of its pro-China politics.

The KMT has sought to amend its pro-China image, for example, by proposing to reopen its formerly shuttered office in Washington DC in order to strengthen ties with the US. But the Tsai administration has clearly seen an upgrade in ties between the US and China under its tenure, as reflected in diplomatic visits, arms sales, and the passage of American legislation supportive of Taiwan. The KMT is struggling to undercut this fact, seeing as the DPP has touted this as a diplomatic success for its administration.

One notes that Chinese military drilling has been on the uptick since the COVID-19 pandemic began, perhaps hoping to counteract stronger US-Taiwan ties, or in reaction to the increased global attention focused on Taiwan due to its successful handling of the COVID-19 pandemic. The Chinese military has also sent warplanes into Taiwanese airspace for consecutive days this month, this likely being due to the ongoing visit to Taiwan by US Undersecretary of State Keith Krach. 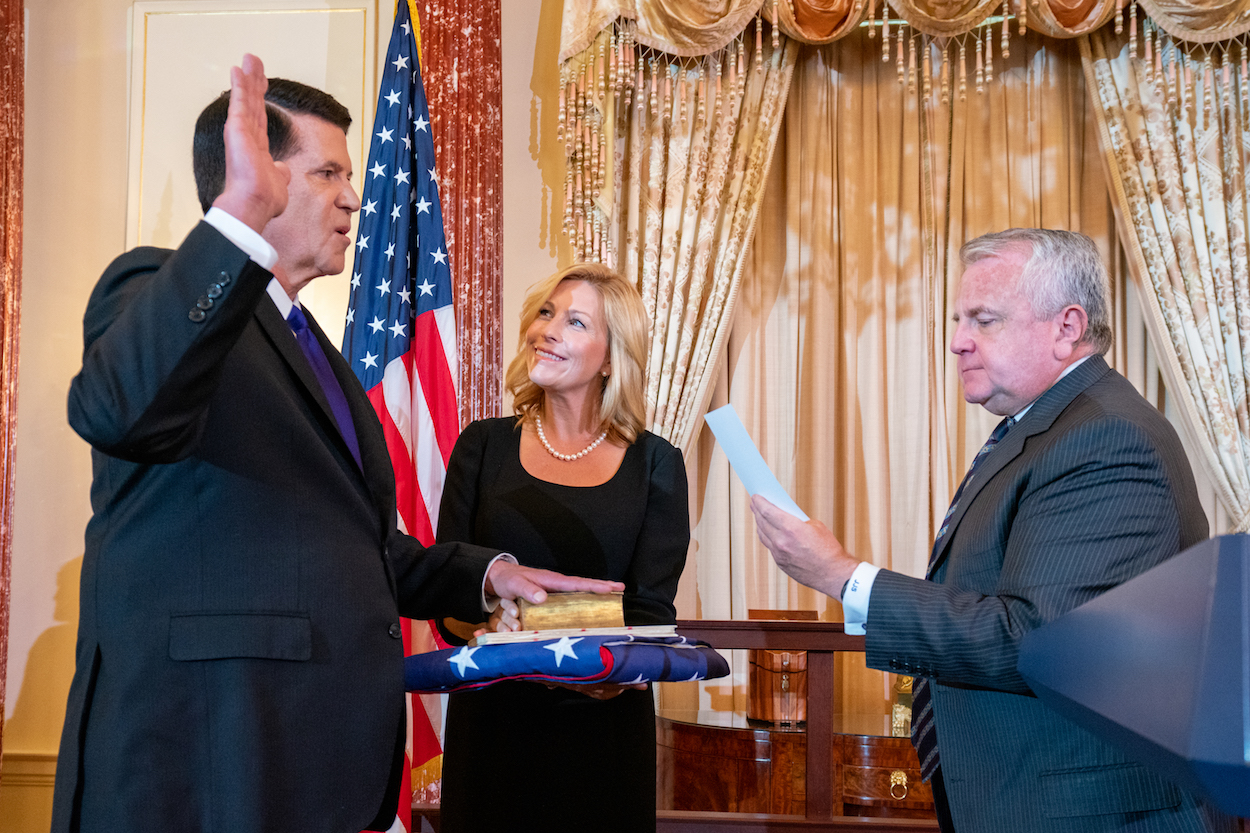 The KMT is likely trying to leverage on any anxieties prompted by these military drills and flybys. Though one notes that the military drills have generally gone unremarked by the Taiwanese public, there are also fears that the Chinese government might use the COVID-19 pandemic as an opportunity to invade Taiwan, gambling that any response from other nations to an invasion may be inhibited by the COVID-19 pandemic.

It may also be that China is attempting to push the Taiwanese public into the arms of the KMT through trying to strike fear into the public through military flybys and drills. It is unknown as to whether there is any coordination regarding this between the KMT and CCP at present—one notes that pan-Blue outlets such as the China Times have even been reported on as directly taking orders from China’s Taiwan Affairs Office in terms of their placement of articles, as stated by a Financial Times report in 2019. And so it would not be altogether surprising if there is some coordination between the KMT and CCP regarding both party’s choice of rhetoric.

That being said, a recent cross-strait forum between the KMT and CCP was canceled, with the KMT claiming that this was due to anger with a CCTV report that stated that the KMT intended to sue for peace at the forum. The exact reasons as to why the forum was canceled remain opaque, but this may point to that coordination between the KMT and CCP is, in fact, rather tenuous at present.