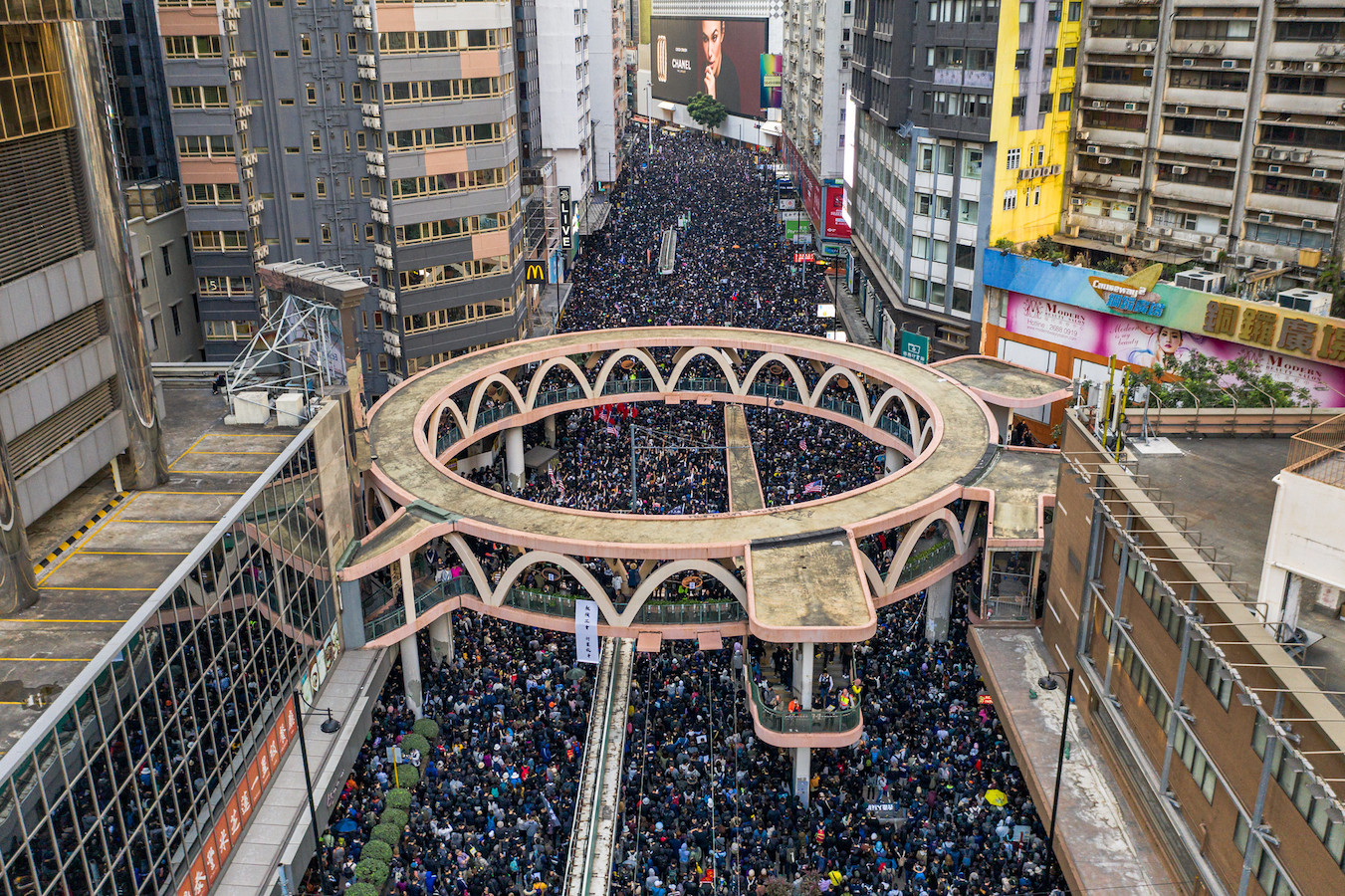 The police approved the march, which began in Victoria Park, despite not having approved any marches that the CHRF applied for in the last four months, refusing to approve demonstrations since August.

The police’s lack of an objection to yesterday’s demonstration comes in the wake of 2.9 million Hongkongers voting in District Council elections last month. The election results left pro-democracy politicians in control of around 90% of District Council seats. In cases in which the CHRF did not obtain a letter of no disapproval from Hong Kong police, demonstrations usually took place anyway as “unlawful assemblies”. Or they took place under other premises, such as in the form of election rallies.

Demonstrators yesterday called for demonstrators to “Remember what they had started” and billed the demonstration as a last chance for Hong Kong Chief Executive Carrie Lam to listen to the demands of demonstrators.

The march saw no major clashes with the police, though Molotov cocktails were thrown at the Hong Kong High Court and Court of Final Appeal, and 11 were arrested in raids ahead of the demonstration. Hong Kong police stated that knives and a Glock semi-automatic pistol were confiscated during the raids, claiming that this was the first time a handgun had been seized during the demonstrations so far. However, as with past claims by the Hong Kong police, such as claiming to have discovered explosives in warehouse space owned by the Hong Kong National Party in what they dubbed as the largest bomb plot in Hong Kong history, many are skeptical of claims by the police.

Before Sunday’s demonstration, a solidarity rally was held for migrant workers in the Hong Kong demonstrations at Edinburgh Place in Central. The rally, which called for “Solidarity with Yuli”, aimed at calling attention to the deportation of award-winning writer and domestic worker Yuli Riswati last Monday after being detained by the Hong Kong police. Yuli video conferenced into the demonstration, describing her ordeal while detained, including being forced to undress by police officers.

Though the deportation was conducted in part on the grounds of Yuli overstaying her visa, Yuli’s employer was willing to extend her visa. As such, Yuli’s monthlong detention and deportation is thought to have intended as a warning to demonstrators. Yuli had lived and worked in Hong Kong for ten years, writing for the Indonesian migrant worker publication Suara, another reporter of which was previously shot in the eye and blinded by the Hong Kong police in October. 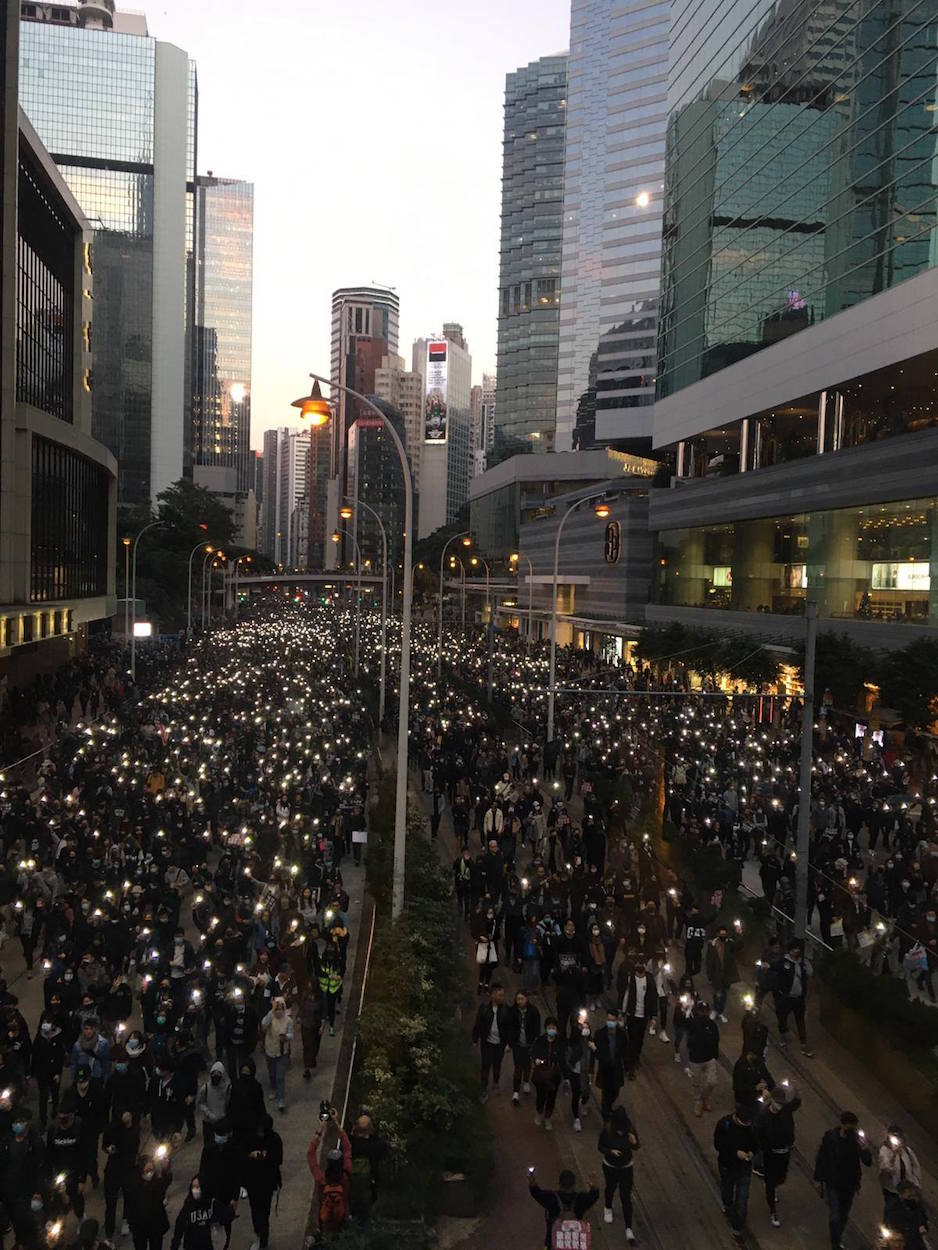 Likewise, a demonstration calling attention to the heavy use of tear gas by Hong Kong police also took place on Friday at Edinburgh Place. Police are thought to have fired over 10,000 canisters of tear gas in the past six months, affecting the health of Hongkongers in the city. Organizers claim 20,000 were in attendance at the rally.

It should be clear that protests in Hong Kong are far from dying down, then, against the claims of some international media reports. At the same time, it is another question altogether as to whether the Hong Kong government or Beijing intends to compromise anytime soon. This remains to be seen. While the past weekend may have proved peaceful, some call for escalatory actions in the next month in order to keep protests going.