HONGKONGERS VOTED in record numbers yesterday for District Council elections. More than 2.9 million voted, as compared to 2.2 million voters in 2016 for Legislative Council (LegCo) elections. This was a total turnout of 71% of voters, seeing as 4.1 million Hongkongers total are registered to vote.

The results of voting showed an overwhelming victory for pro-democratic political forces. Pro-democracy politicians now control seventeen out of eighteen districts in Hong Kong, with a total of 390 seats compared to the pro-Beijing camp’s 58 seats, around 90% of seats. Pro-democrats control 17 out of 18 districts in Hong Kong, due to the fact that the Island District Council has a number of seats which are appointed ex officio. 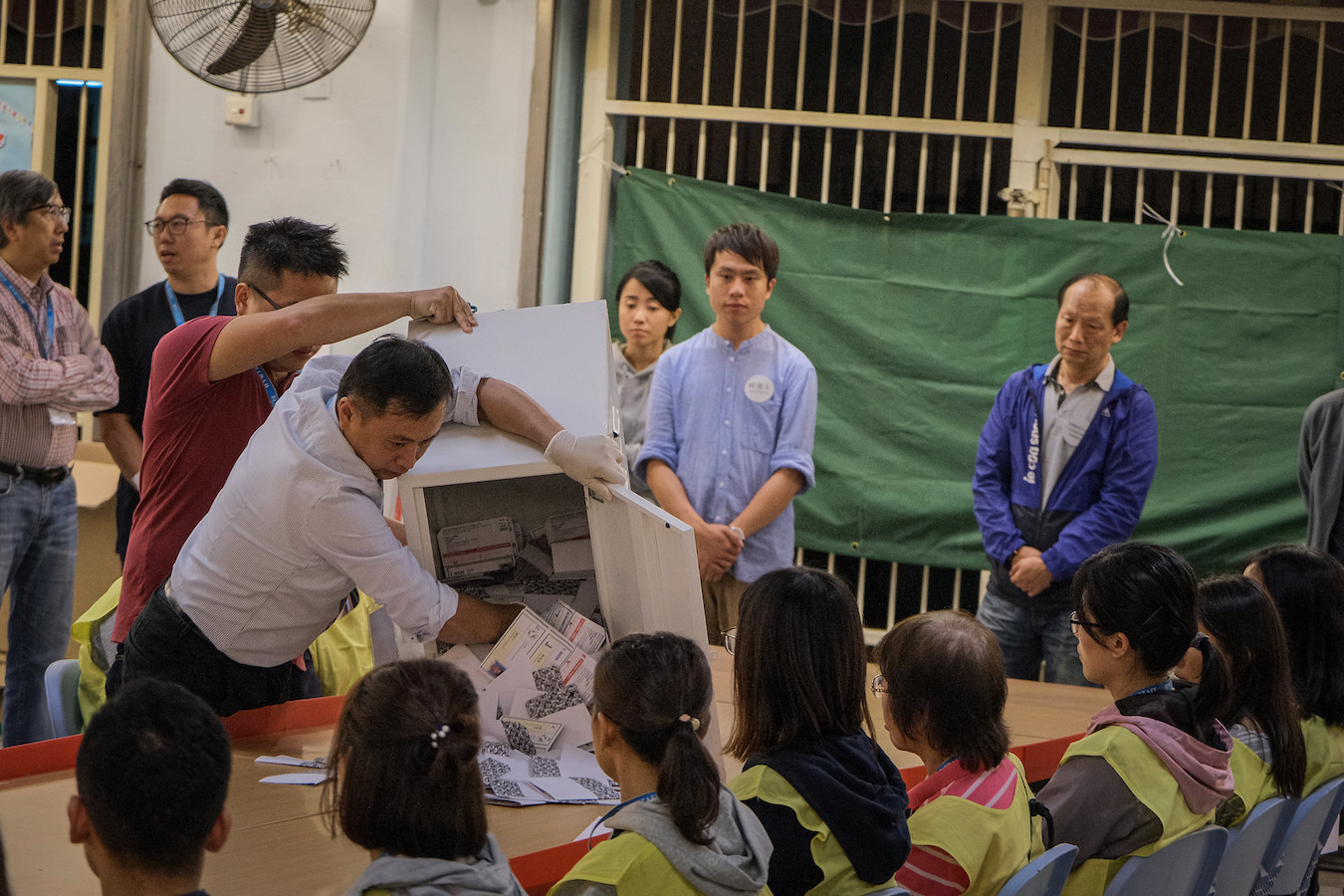 Many celebrations have ensued following the election defeats of hated pro-Beijing politicians such as Junius Ho, who is widely believed to have ties to the pro-Beijing triad groups that have assaulted demonstrators throughout the course of the protests which have rocked Hong Kong for the last six months. Other losses for the pro-Beijing camp include the defeats of Michael Tien, Ho Ka-ming, Holden Chow, Vincent Cheng, Horace Cheung, and others. However, Ho, Tien, and other pro-Beijing politicians will continue to hold a seat in LegCo, seeing as they hold more than one political office.

Pro-democratic candidates as Kelvin Lam, who was Joshua Wong’s replacement candidate after Wong proved the only candidate prevented from running in district councilor elections, former Hong Kong Federation of Students deputy secretary-general Lester Shum, Civic Human Rights Front convener Jimmy Sham, and all five members of the Kowloon-based Community March grouping proved victorious, some defeating longtime incumbents. On the other hand, there were also some surprise losses for the pro-democracy camp, with Eddie Chu failing to secure reelection and veteran activist “Long Hair” Leung Kwok-hung losing to his opponent.

Either way, it is very clear that the momentum of the elections was overwhelming in the pro-democracy camp’s favor. The election results are clear proof that the majority of Hongkongers support the ongoing protests. Though protests have mobilized over two million onto the streets of Hong Kong in past months, some questioned whether the rising level of violence would be alienating of the general public. Likewise, pro-Beijing politicians asserted that they had the support of a “Silent Majority” in order to dismiss criticisms against them.

Indeed, if Beijing was hoping for protests to eventually die down or that election results would show weaker support for the demands of the current protests than previously observed, the election results yesterday should throw water on this idea.

In 2015 district council elections, one year after the Umbrella Movement, 1.45 million was a record-setting turnout, but the results still left the pro-Beijing camp in control of all eighteen district councils. Those areas which did slant more heavily pro-Beijing in terms of their voting patterns yesterday tended to be areas more dependent on mainland tourism, such as Tsim Sha Tsui. Though there were some reports of voter fraud or of pro-Beijing groups attempting to bribe voters, this does not appear to have significantly influenced the election outcome.

The larger voter turnout this year is likely due to the fact that many in Hong Kong saw the vote as a de facto referendum on support for the present protests. However, District Councilor is a relatively weak political position which primarily affects local governance, a contributing factor as to why pro-democracy forces have historically had difficulty making inroads on local politics. That the pro-democracy camp now dominates the district council is not necessarily a game-changer. That being said, the District Council is allotted six seats on the 70-member LegCo and 117 seats on the 1,200-member Chief Executive selection committee, which votes on who will serve as Hong Kong’s head of government. 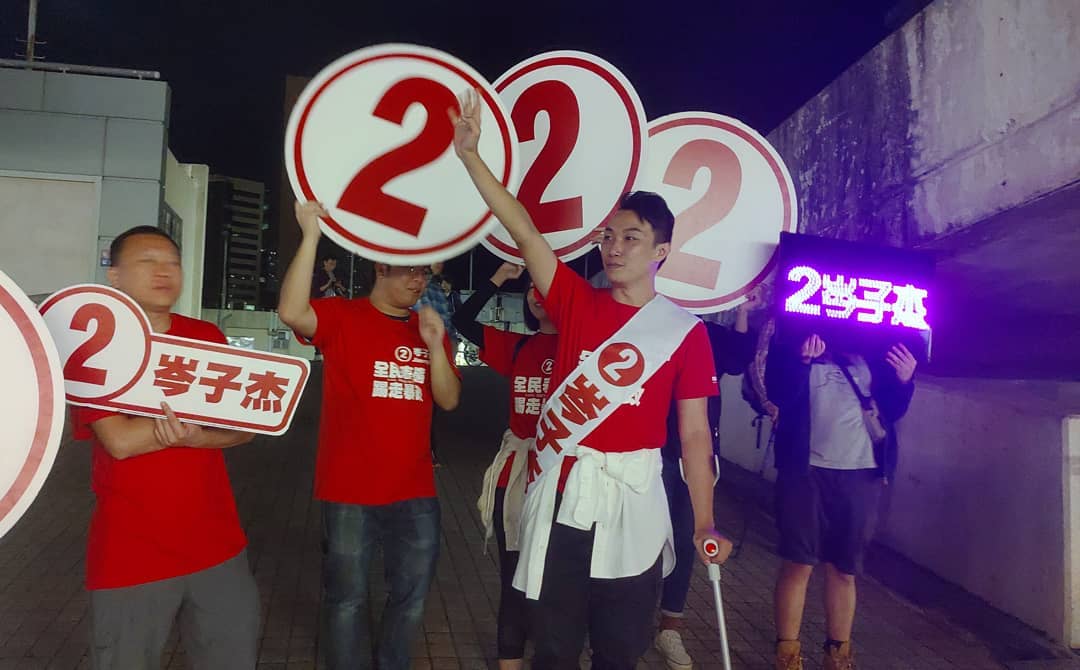 One expects street protests to continue. It is thought that around 20 demonstrators remain on the campus of Hong Kong Polytechnic University (HKPU), with the university having been sealed in and besieged by police for the past week. A call has gone out for a gathering to take place outside HKPU at 4 PM today. Reportedly, some students there are injured or are demonstrating signs of PTSD. The weekend before the election proved peaceful, with few clashes, yet one expects protests to be far from over in Hong Kong.

But in many ways, the ball is in now Beijing’s court as to how to respond to the election results. The election results once again serve to demonstrate how much Beijing’s actions have alienated the Hong Kong public. This may lead Beijing to compromise or otherwise take actions aimed at trying to placate the Hong Kong public, such as by hastening the removal of current Chief Executive Carrie Lam, or by giving in to some of the protestors’ five demands.

Alternatively, it is possible that Beijing may adopt a hardline approach by, for example, seeking to remove victorious members of the pro-democracy camp from office on various charges or even imprisoning them. This is the approach that Beijing has adopted in the past, as observed in a 2016 oath-taking scandal. Much continues to remain uncertain, going forward.