The by-election occurred because of the vacancy of six seats in LegCo after the Hong Kong government, as Beijing’s proxy in Hong Kong, vetoed the election results for six members of LegCo over an oath-taking controversy. A number of elected lawmakers, including localists Yau Wai-ching and Baggio Leung, as well as veteran lawmakers as “Long Hair” Leung Kwok-hung, were disqualified for protests against the Beijing government during their oathtaking ceremonies as lawmakers. 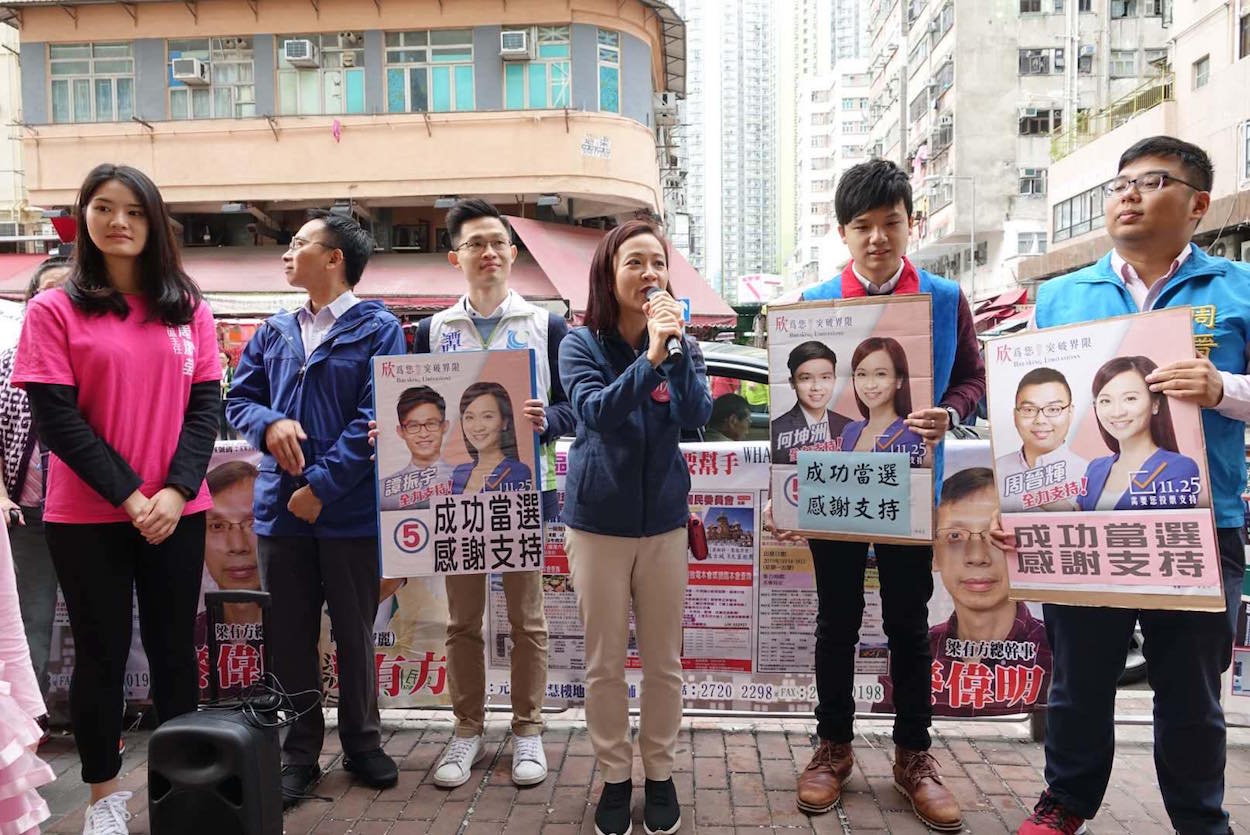 The seat was specifically to fill the seat formerly occupied by Lau Siu-lai, who initially appealed her disqualification but later dropped this. Leung is still appealing, but Lau was not allowed to run again for her seat.

The run-up to elections saw conflict between both camps, including Joshua Wong of Demosisto, as well as pan-Democratic politicians Gary Fan and Charles Mok, disrupting a campaign rally of Chan’s, and both camps shouting at each other in Whampoa.

Over 200,000 votes were cast, with Chan winning over 106,000 votes. Lee won 93,000 votes, with victory likely in part due to the fact that independent candidate Frederick Fung split the vote, winning 13,000 votes. Fung was a former pan-Democratic lawmaker but decided to run as an independent, citing that the pan-Democratic camp did not hold primaries before running Lee. has denied that he split the vote because even if Lee had won his votes, she would have still lost to Chan by 900 votes.

Because Lee failed to gain votes in working-class areas, this has been interpreted in part as Lee’s failure to win over working-class voters, who could perhaps prefer stability under a candidate favored by Beijing at this point. Others have interpreted the results as due to the failure of the pan-Democratic camp to win over localists and young people.

In all, voting saw a low turnout as compared to legislative elections in 2016, and slightly lower turnout than the by-election held in Kowloon West to fill the seat formerly occupied by Yau Wai-ching. This seat was won by pro-Beijing candidate Vincent Cheng, making Cheng the first pro-Beijing lawmaker to win a by-election for a government position since 1992. 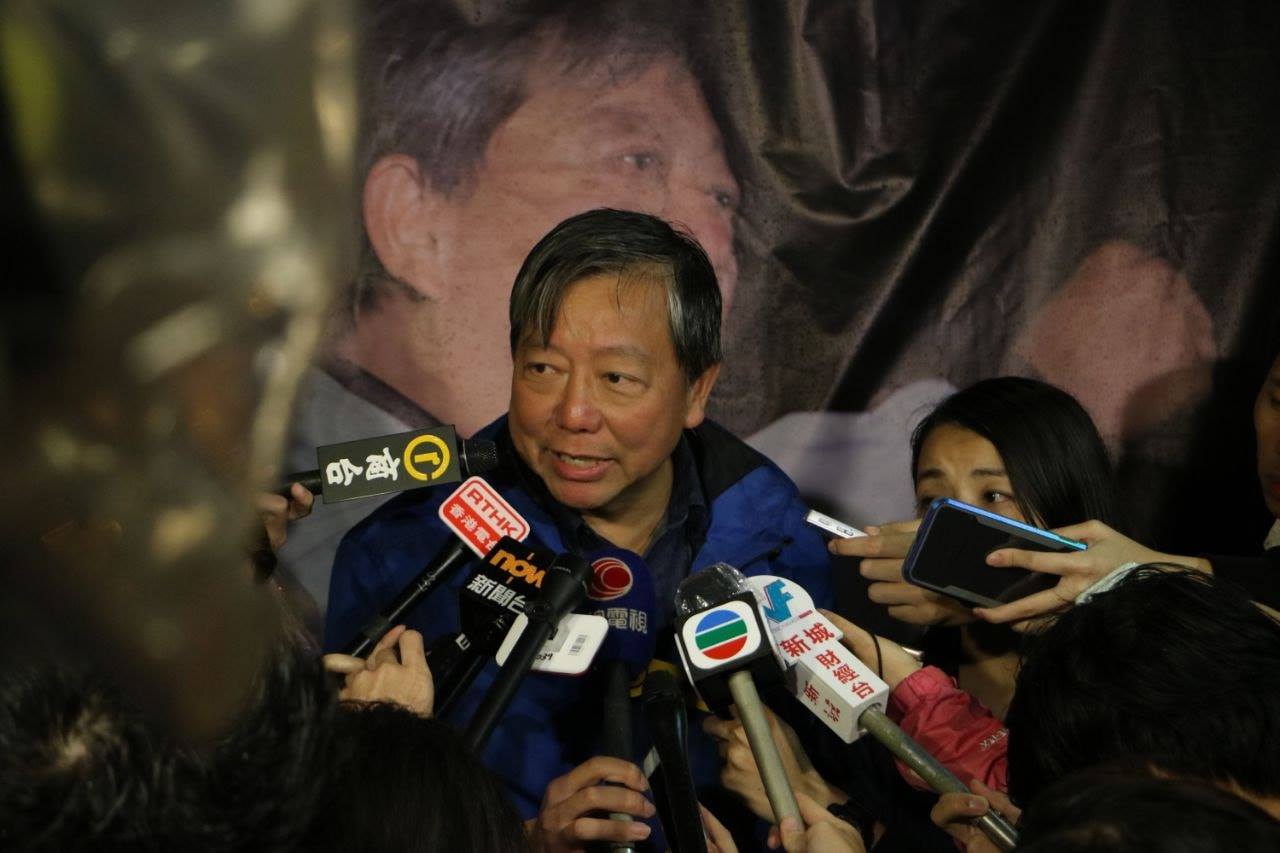 It may be that low morale pervades in Hong Kong, allowing the pro-Beijing camp to win. While this was probably accentuated by splits in the pan-Democratic camp, it is also highly likely that if a pan-Democratic lawmaker had won, Beijing and its proxies in the Hong Kong government would have found some justification to remove that lawmaker. Beijing evidently hopes for the Hong Kong government to become a rubber-stamp legislature for its political will as soon as possible.

The results of the Hong Kong election drew the comparison to elections in Taiwan over the weekend, as has been noted with glee by pro-China commentators such as Alex Lo of the SCMP. Namely, the pro-China KMT was also able to regain a great deal of lost momentum in previous years. Contributing factors to the KMT victory appear similar to Hong Kong. Though turnout was high for the election, young people not going out to vote for the independence-leaning DPP was seen as one of the reasons for the KMT’s wins, as was the fact that the internal splits in the pan-Green camp led to a splitting of the vote between independent Taipei mayoral candidate Ko Wen-je and the KMT’s Ting Shou-chung.

Some have concluded that this means the “China factor” is now irrelevant to the vote and that voters are no longer afraid of China. This may be overstated, but it is probably true members of the pan-Democratic camp in Hong Kong or pan-Green camp in Taiwan can no longer run on platforms in which they are only distinguished from the pro-Beijing camp or pan-Blue camp only on the basis of their greater wariness of China. Similarly, splitting the vote because of internal in-fighting can be highly dangerous, as observed in that in Taiwan, this nearly led to a KMT victory in Taipei.

It is to be seen whether the pan-Democratic camp in Hong Kong or the pan-Green camp in Taiwan will learn any of these lessons going forward. If they do not, obsolescence is almost certainly in the cards.