Protests Again Take Place over the Weekend in Hong Kong, with Clashes in MTR Stations 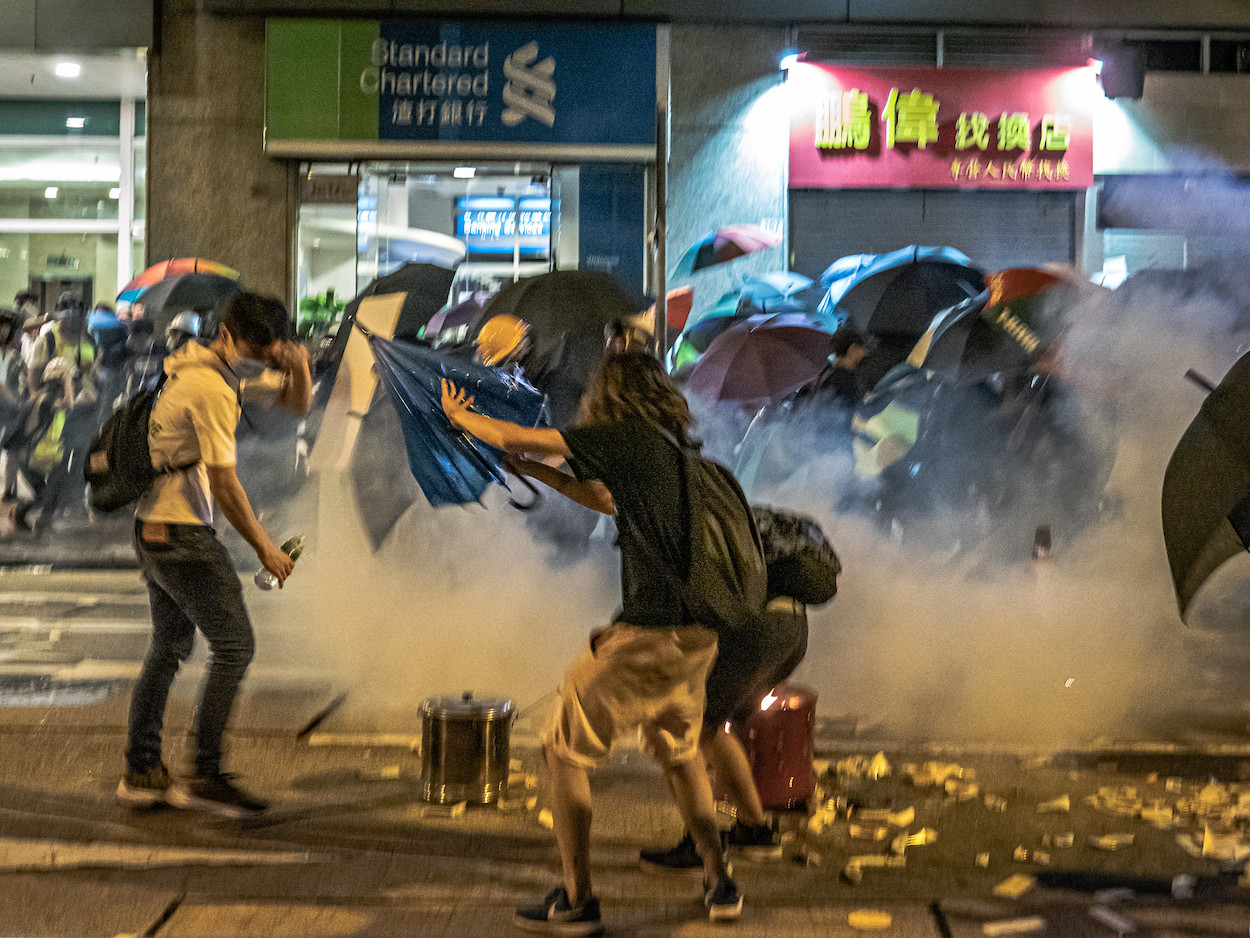 One notes that many of the clashes which took place over the weekend involved demonstrators destroying MTR facilities, such as gates, ticket machines, and security cameras, and setting fires at MTR stations. With increasing shutdowns of MTR stations, seemingly in order to trap protesters and prevent them from escaping via MTR trains, demonstrators have turned toward targeting MTR facilities themselves, in part lashing out at transit authorities for siding with the police.

Yet one notes that demonstrations in Hong Kong have increasingly turned toward targeting infrastructure, particularly transportation infrastructure, this development concurrent with rising militancy in protest tactics. Indeed, the weekend began with yet another attempt to disrupt the operations of Hong Kong International Airport on Friday. With security checks having long been instituted for the airport, this took the form of attempting to disrupt traffic to and from the airport, though this was not successful. Other efforts at disrupting airport operations in the past having included attempted occupations and police clashes, which one one occasion, led to a rather remarkable spontaneously organized rapid retreat organized on little notice, with Hong Kongers driving their cars to Hong Kong International Airport en masse to pick up protesters fleeing from the airport.

Police acts outraging of the public which took place over the weekend included police beating teenage demonstrators, and firing tear gas directly at a journalist’s head at close-range, the journalist barely escaping the explosion from the tear gas canister by several seconds. Outraging, too, have been incidents filmed on camera of police harassing, interrogating, even assaulting, uninvolved citizens that were simply caught up the fray.

Unaccountable police actions generally contribute to the rising perception that Hong Kong has become something of a police state. Apart from police violence, there were also reports of knife attacks by triad members over the weekend.

Widely circulated video of police firing a tear gas canister at the head of a journalist. Film credit: League of Social Democrats/Facebook

Trust in the Hong Kong police has deteriorated to the point that some demonstrators accuse police of having actually already caused fatalities in the course of crowd repression measures on August 31st in the Prince Edward MTR station, in the course of which police fired tear gas canisters inside of MTR subway cars. Such claims are unconfirmed and are denied by the Hong Kong police, but rumors continue to swirl, leading to memorials assembled by protesters outside of MTR stations. Either way, eight suicides have already taken place during the demonstrations to date.

Demonstrations over the weekend also included a march from Chater Garden to the US consulate in Hong Kong to call for the passage of the Hong Kong Human Rights and Democracy Act, which included tens of thousands singing the American national anthem as well as appeals during the protest to American president Donald Trump. Unsurprisingly, this has prompted criticism from some western leftists, with the view that this represents a “turn” in the course of the movement toward an uncritically pro-US stance, with the movement to date apparently thought of in homogeneous and monolithic terms, or the view that this confirms the protests are a CIA-organized “color revolution”.

However, one notes that appeals to the US have been a continual refrain throughout the movement from some elements of demonstrators, and that, for many, this represents naivete about American imperialism and the role of American geopolitical power in the world more than anything else. America is still thought of as a global guarantor of freedom and democracy in not only America itself, but also other parts of the world, including in Asia.

Yet American president Donald Trump has, for one, been rather happy to claim at times that the current protests in Hong Kong are “riots” and an internal matter for China to address and this has not gone unnoticed by some in Hong Kong. Rote dismissal of the protests in Hong Kong because of some appeals to the West limit the ability of the political left to intervene in the current protests in order to dispel such idealizations of America and other western powers, reflecting instead the insular preoccupation by the western Left on seeing reflections of western empire in non-western contexts—to the apparent exclusion of all other considerations. 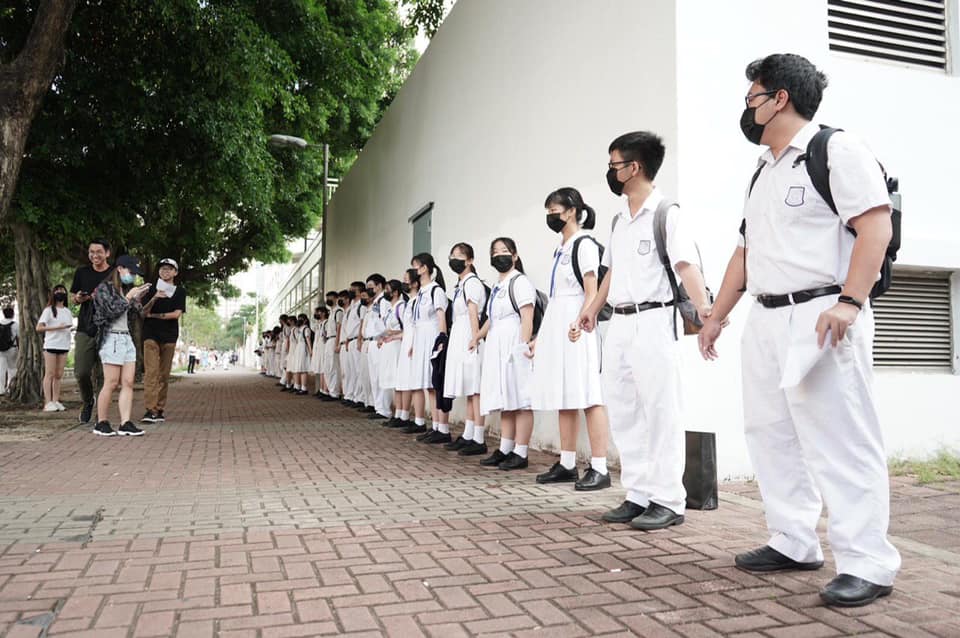 Either way, demonstrations in Hong Kong seem set to continue, with no solution in sight if China and the Hong Kong government do not compromise on more demands of protesters apart from withdrawing the extradition bill which originally sparked the demonstrations. Although some took the view that demonstrations might die down once the school year began, the ongoing class boycott seems to proof to the contrary. Demonstrations continue today, with striking students from class forming a large human chain.

Some reports suggest internal dissent within the Chinese government regarding how to handle protests, as well as that Chinese president Xi Jinping is, for the time being, attempting to wait the protests out. This remains to be seen. In many ways, the ball is in China’s court about how to respond at this point, seeing as demonstrations in Hong Kong show no sign of losing momentum anytime soon.