MORE THAN 700 New Yorkers showed up at the New York City rally in support of Hong Kong’s pro-democracy protests last weekend. The protest is simultaneously about many things: yet the democratic future of Hong Kong and police brutality are the two major issues at the heart of the events that have unfolded over the past few weeks.

Complexity around Police Brutality and the Conflicting Role of the NYPD

WHAT WOULD seem straightforward protest against police brutality is actually quite complex in New York City. One would have to have followed many events around the issue over the past few years to appreciate these subtle complexities – these issues are probably unseen, for the most part, and not self-evidently relevant. 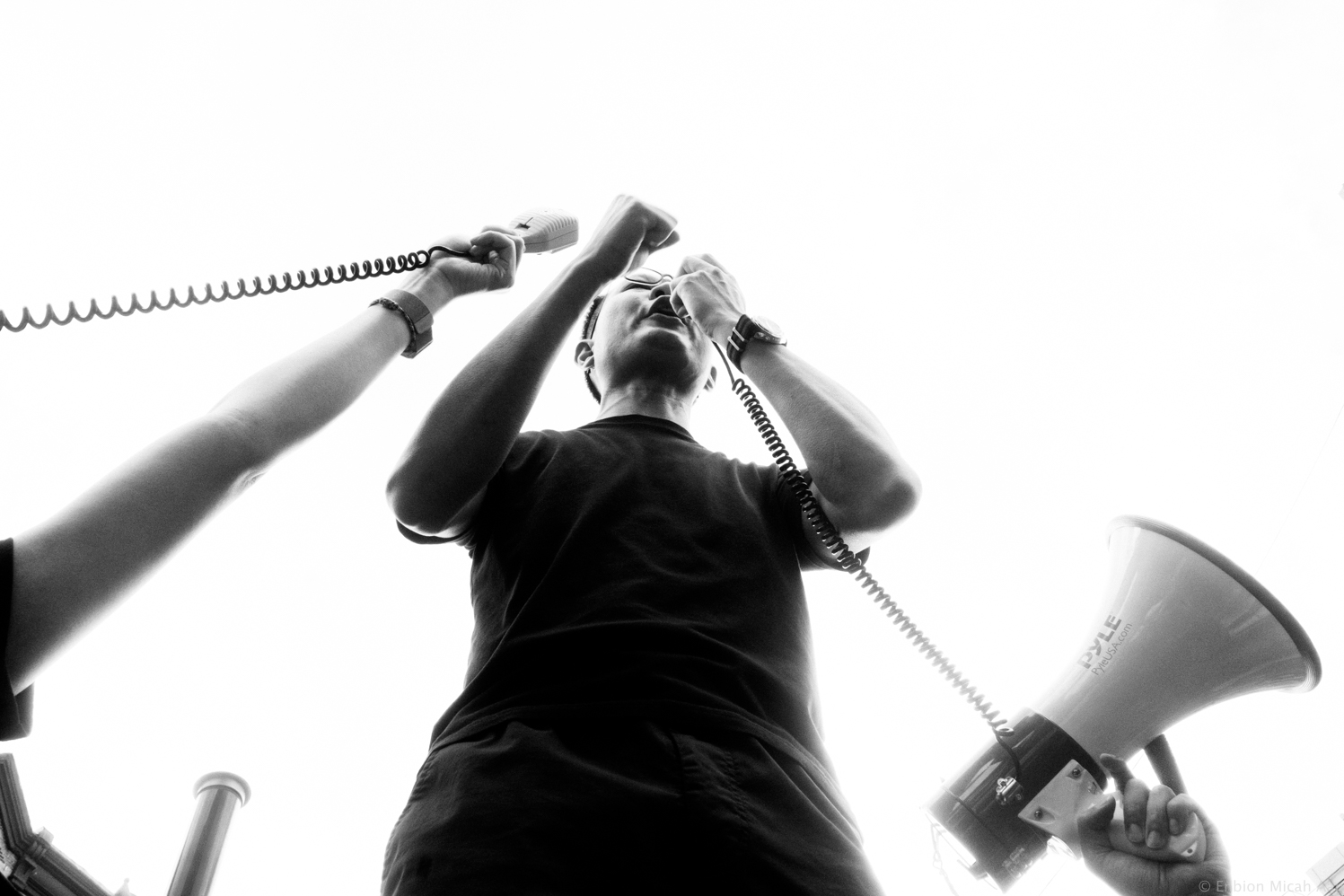 To echo the actions of Hong Kong protestors, followed by an incident in which a medic was shot in the eye by police and might have permanently lost her vision, the New York crowd was asked to cover their right eye to protest police brutality. Ahead of the protest, the organizers received information about counter-protests who posed serious security threats. The organizers contacted the New York Police Department (NYPD)  who secured the premises ahead of the march. One organizer’s remark on the microphone, “It is nice to see so much police without tear gas!” was met with thunderous applause.

The NYPD, to their credit, handled the protest and counter-protest with great professionalism and worked closely with Hong Kong organizers to avoid any possible physical confrontation, as actually happened during Taiwanese president Tsai Ing-wen’s visit to New York City. As the pro-democracy demonstrators marched across the Manhattan bridge, the Chinese counter-protesters drove over the bridge to meet the pro-democracy protests. In fact, I overheard an officer giving good and practical advice to organizers in order to avoid any physical confrontation with Chinese counter-protests. By the time the marchers crossed the bridge, the police were already in position and blocked the counter-protesters.  The NYPD’s efforts, in this particular case, were appreciated by the organizers. If a person’s only experience with the NYPD was this march, one would rightly see these officers as noble defenders of citizens’ right to free speech and assembly. 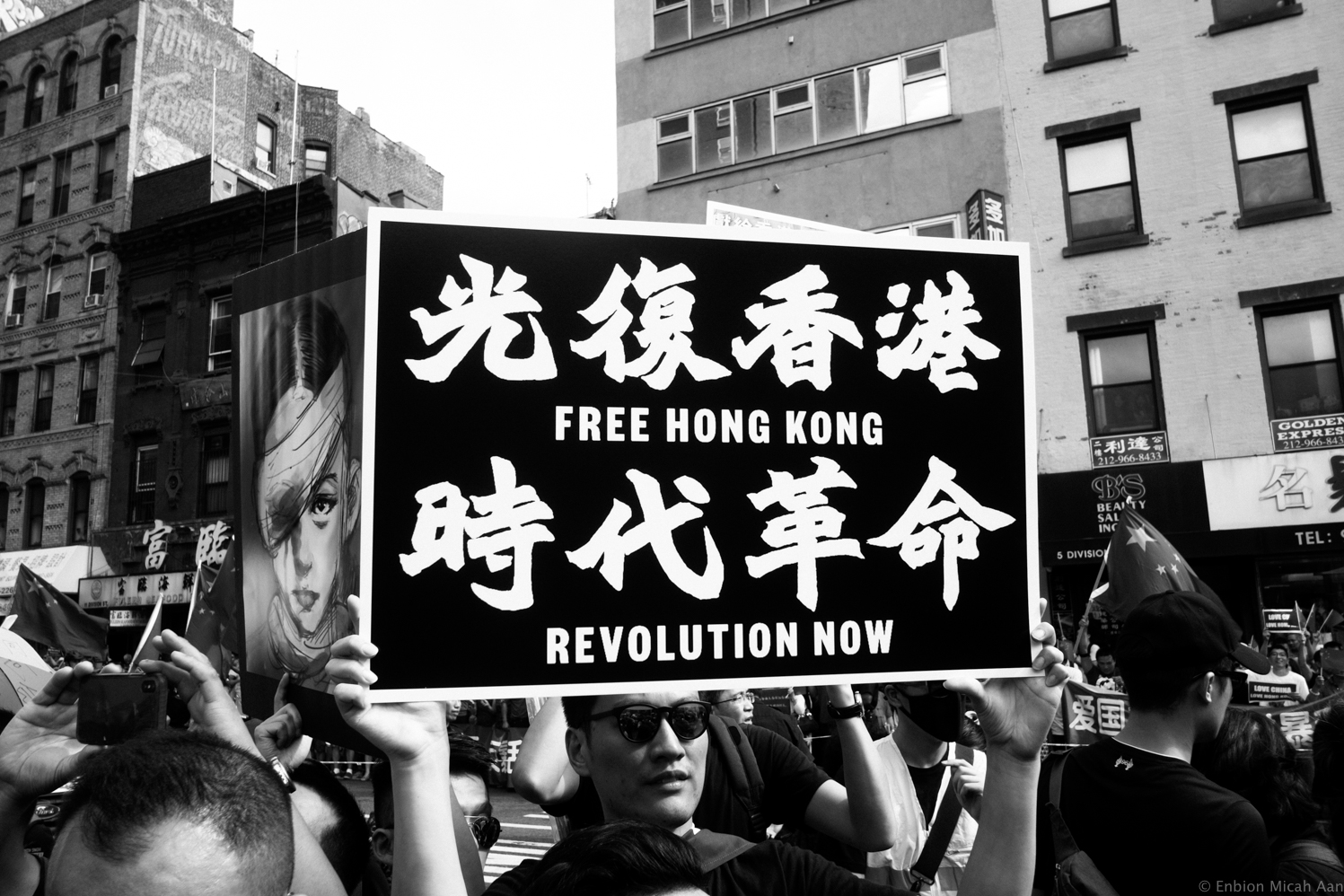 However, to closer observers of the NYPD, the apparent professionalism in this particular march against police brutality is tinged with much irony. No NYPD officers from the NYPD has ever served jail time for killing unarmed civilians, and Daniel Pantaleo, the officer who killed Eric Garner has not been indicted. He probably will never be indicted and, in fact, after having killed Garner with a chokehold, which was banned by the NYPD, he was still on the NYPD’s payroll for more than five years and was not fired until recently.

Unlike this march, in most anti-police-brutality Black Lives Matter marches, unfortunately, the NYPD is neither professional nor effective at communication, control, and avoidance of escalation. In fact, NYPD officers would more often overreact in such marches and escalate tension. I have seen helicopters following small crowds of some 50 people and seen anti-terrorism officers at small marches. In contrast, this march had 700 marchers, and no helicopters were following the march. In this march, I was able to move freely without having to worry about getting arrested, but in BLM marches, as a press photographer, I witnessed arrests of reporters and was nearly arrested myself—I once was even, “kettled”, or surrounded by the police along with a small group of protesters. 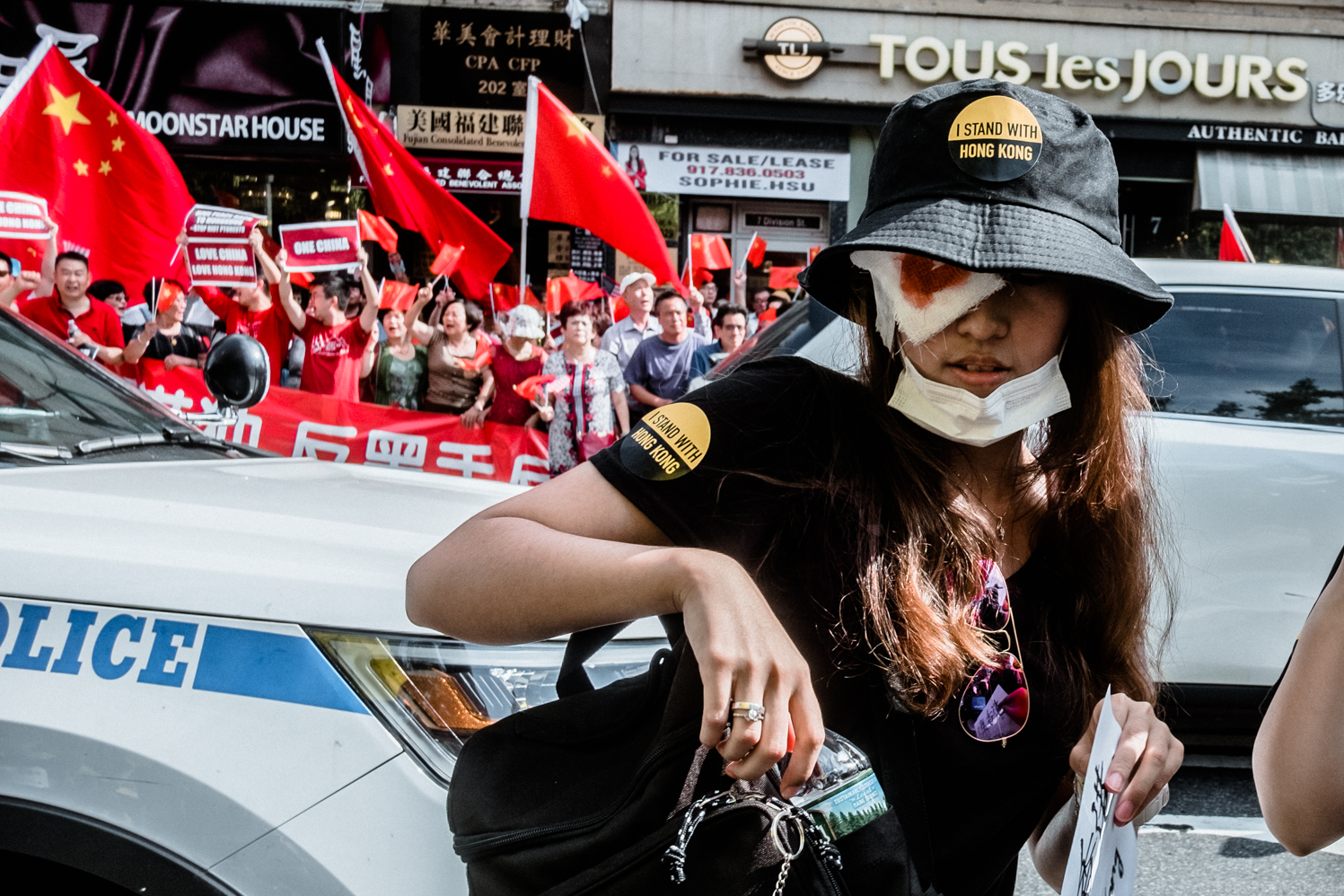 Other than the fact that these are two different social movements with distinct dynamics and tactics, the obvious reason for the difference in the way and the attitudes around the same issue of police brutality is that BLM protests in New York City are about the NYPD itself, and the Hong Kong anti-police-brutality protest is about the Hong Kong police. It speaks much to human failure to comprehend and adhere to a principle when the same principle applies to their own affiliation.

IN OBSERVING Chinese nationalists’ in the United States’ political views, one notes that they seem quite incoherent, sometimes with views verging on the fantastical, with post-factual thinking. For example, during this march, Chinese counter-protesters had “Freedom of Speech” on their signs while protesting against people who want the freedom of speech in Hong Kong. The inconsistency is apparently not known to these counter-protestors. 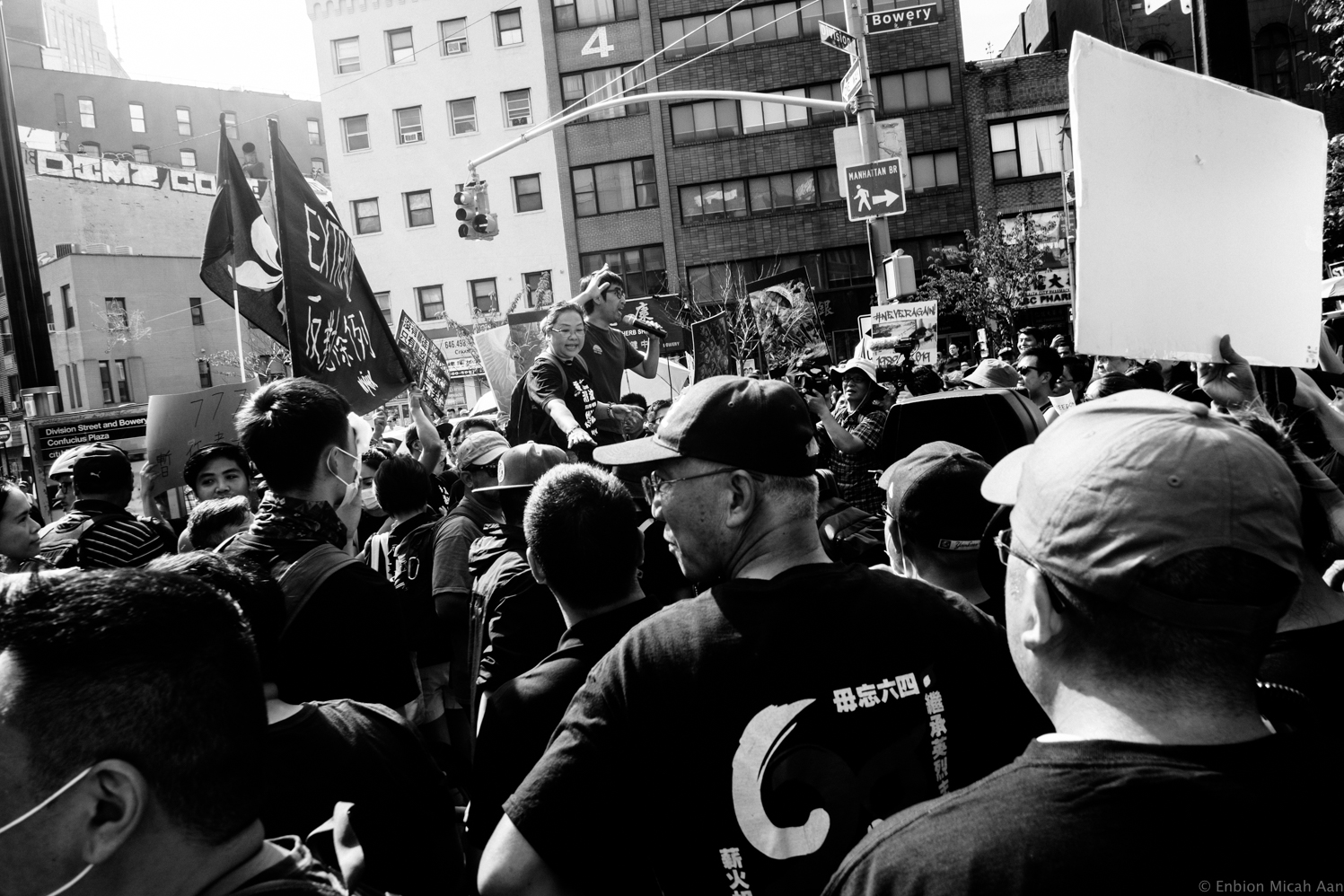 However, it is clear⁠—this faction of Chinese nationalists is largely conservative and anti-anti-police brutality. In 2016, Chinese nationalists, including many of the same demonstrators at this march, organized around the Peter Liang case through WeChat. Liang, an NYPD officer, was convicted of manslaughter for having shot and killed an unarmed New York citizen, Akai Gurley. Again, I must repeat, this group of individuals rallied around a person who was convicted of manslaughter by a jury simply because he was Chinese/Chinese American.

At first glance, such Chinese nationalists seem like people we should simply dismiss. However, it would be a mistake to do so, as forging dialog with the political opposition is of the core essence of democracy. In Arlie Russel Hochschild’s Strangers in Their Own Land: Anger and Morning on the American Right, the Berkeley-trained sociologist traveled to conservative states in an attempt to understand the American right. One of Hochschild’s core insights is that we need to have empathy toward those of us who disagree with us. This particular insight might seem obvious but in practice, it is far more difficult than simply dismissing them, and often, seemingly impossible⁠—particularly in the case of these Chinese nationalists. 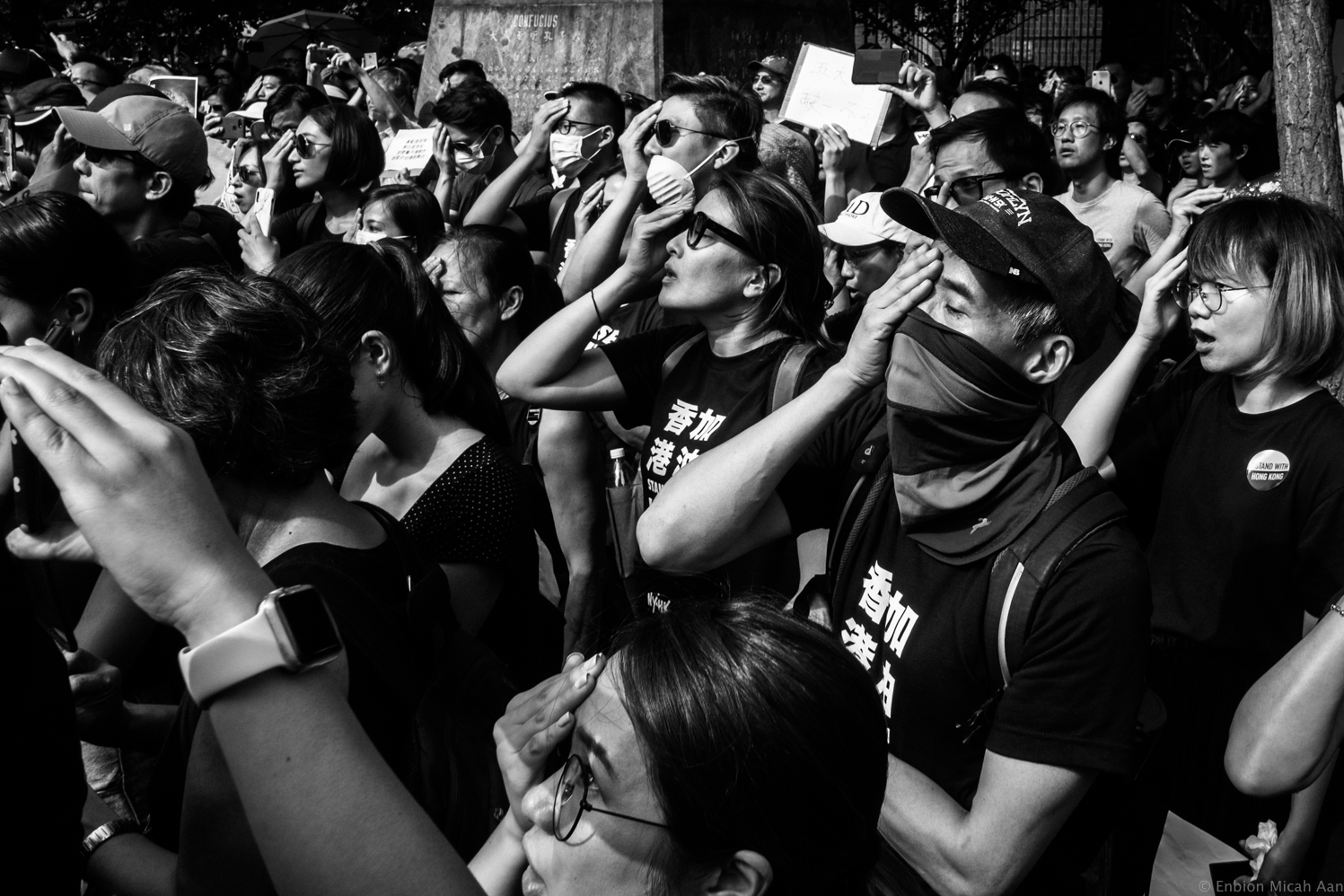 Such Chinese nationalists, however undeserving they might seem to us, also deserves our empathy. We could start by understanding their class dynamics⁠—from my personal observation, many are of the working class and migrant workers, often from Fuzhou. Working conditions for such groups are often some of the worst – and they’re often undocumented, work 12 hour days and receive below minimum wage. These are the people who already exist in the margins in America.

I would speculate that their economic, cultural, and political marginalization drives them toward CCP positions. On the other hand, those of us who support democracy in Hong Kong or democracy in China, in many cases, tend to be white-collar. In more practical terms, if we do not engage with this particular group, then they will only continue to be marginalized and driven to such orthodox positions and continue to reliably serve the CCP’s interests.

The American Radical Left: A Once Again Shameful Absentee Landlord on Issues of Justice Around China

THE AMERICAN radical Left, predictably, does not show up at the march. In some ways, the radical Left in America should be seen the perfect ally in the fight against CCP injustice⁠—yet they have never shown their faces and will never show up at Tibetan rallies, Taiwan rallies, or HK protests. In fact, any injustice inflicted by the CPP is not seen as injustice at all. Apparently, to the radical Left, military action against Tibet can be forgiven, and so can police brutality against unarmed citizens, just as long as the CCP is the perpetrator. 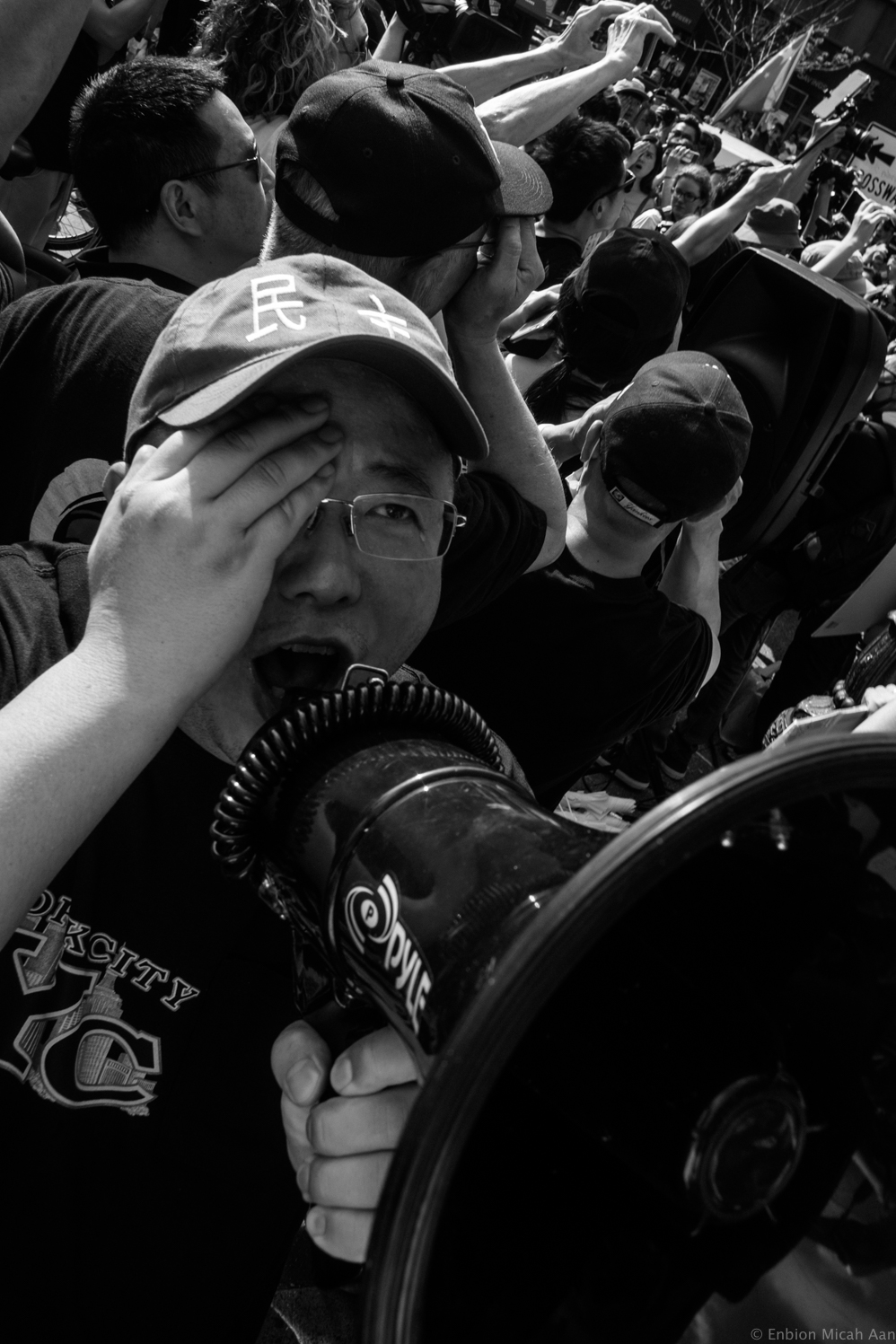 Though lacking in actual political power, the radical Left positions itself at the moral center of social justice and has proven to have the ability to amplify issues and shape public opinion to some extent. Yet the American radical left’s skepticism about CCP injustice is quite telling of how its own global geopolitical understanding mirrors that of America’s more general lack of understanding, and its CCP-friendly views can be attributed due to Orientalist views on politics in Asia. This complete lack of interest in Asia can also be seen in how radical political journals are barely covering what may possibly be the most significant social movement in Asia in recent years. 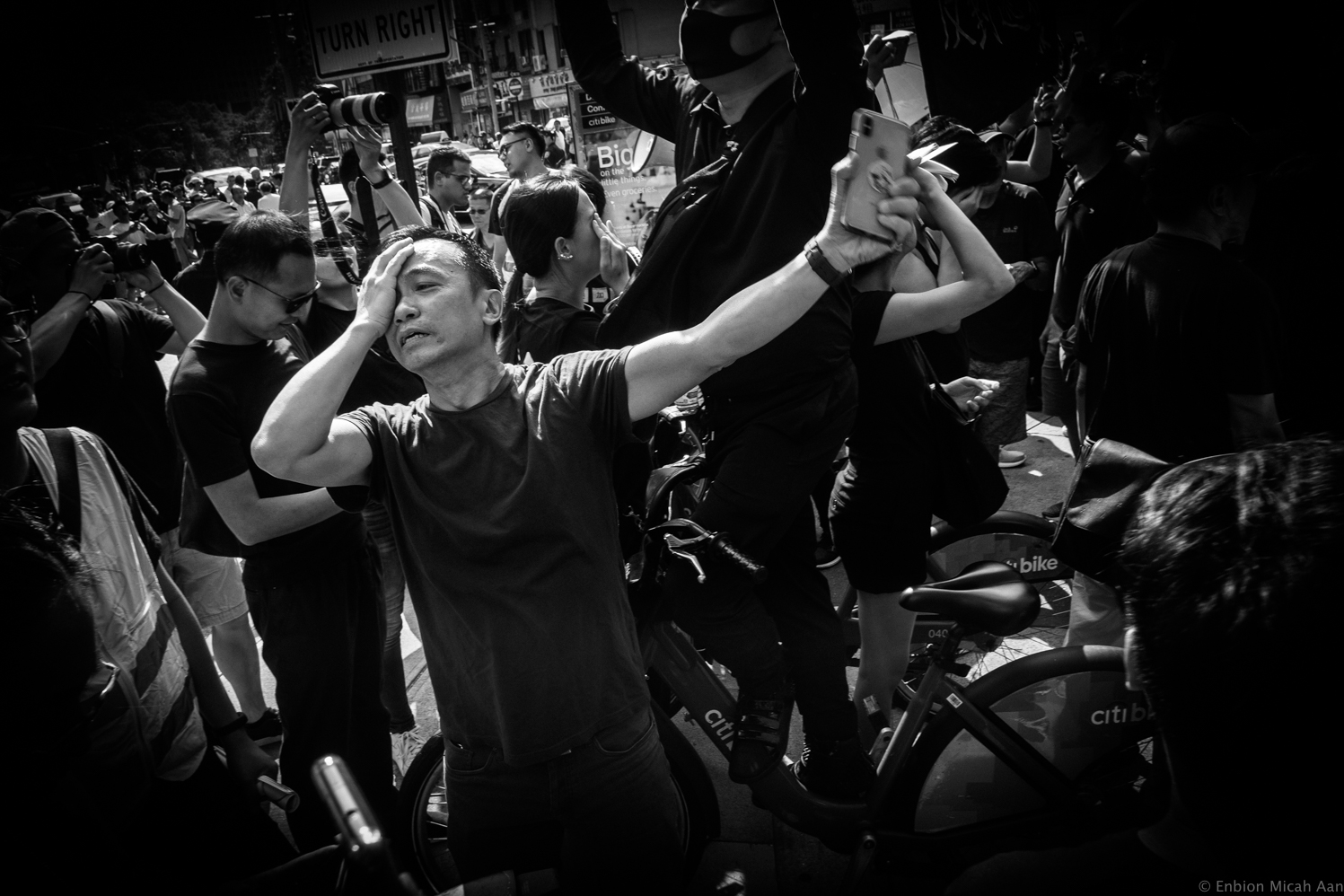 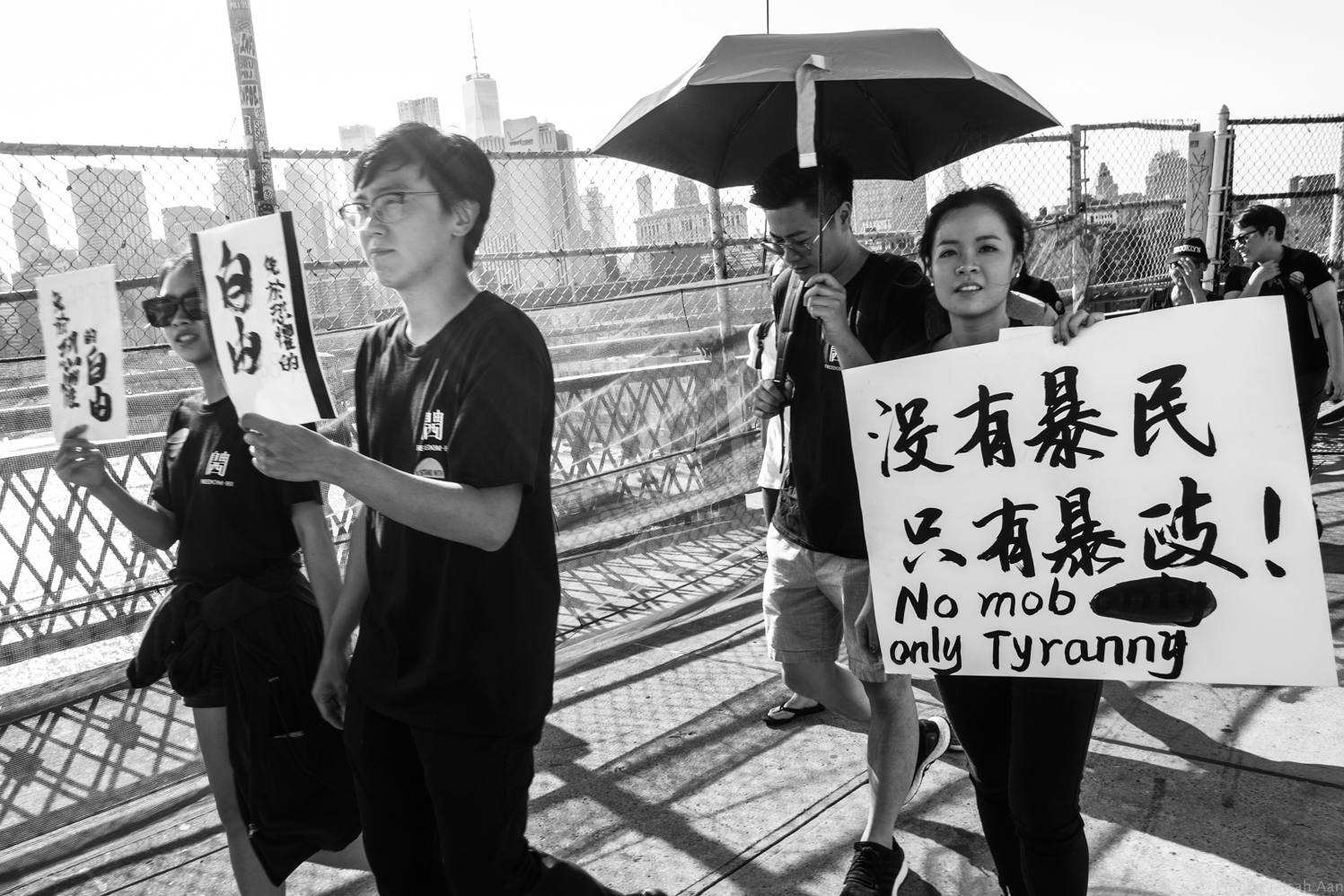 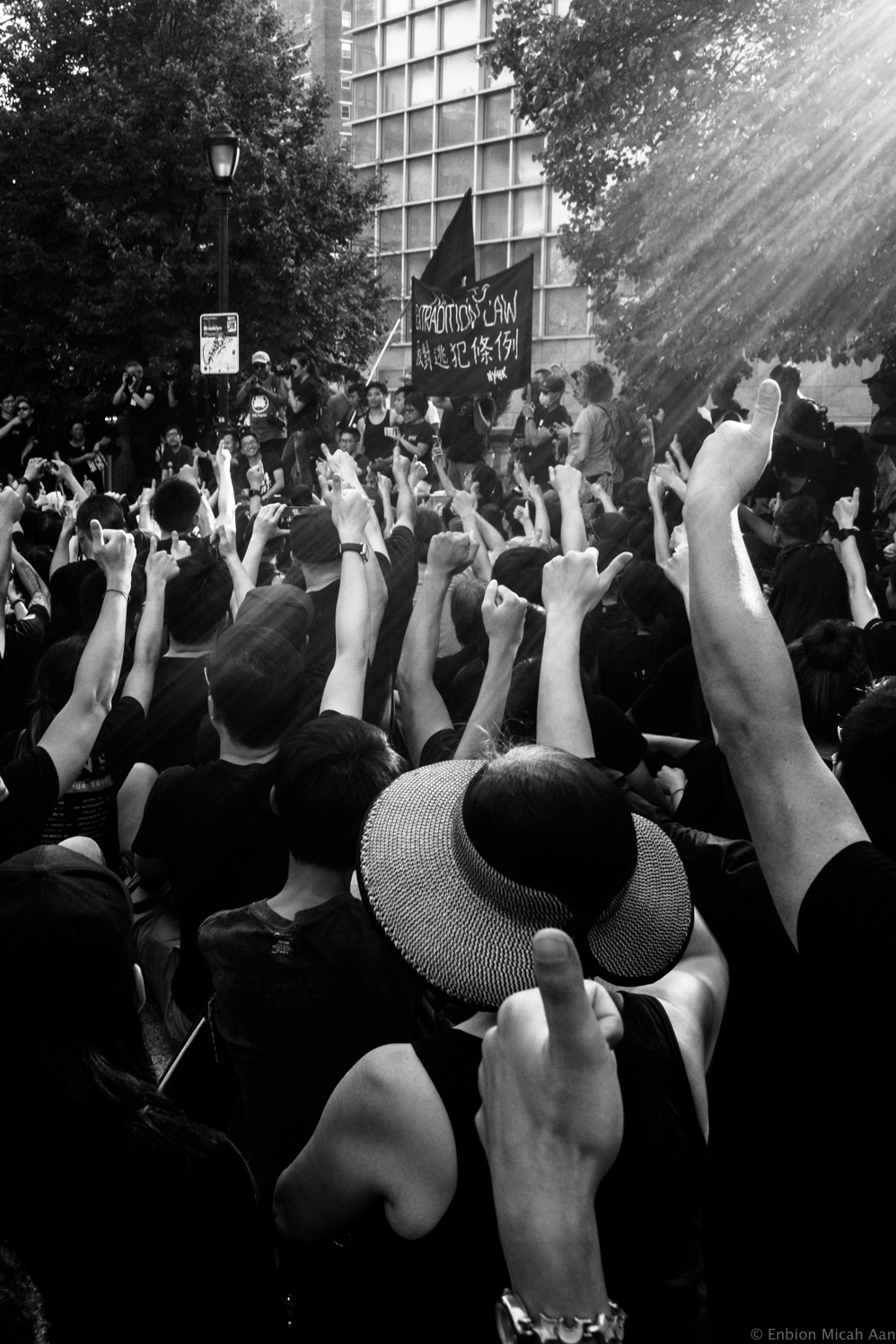 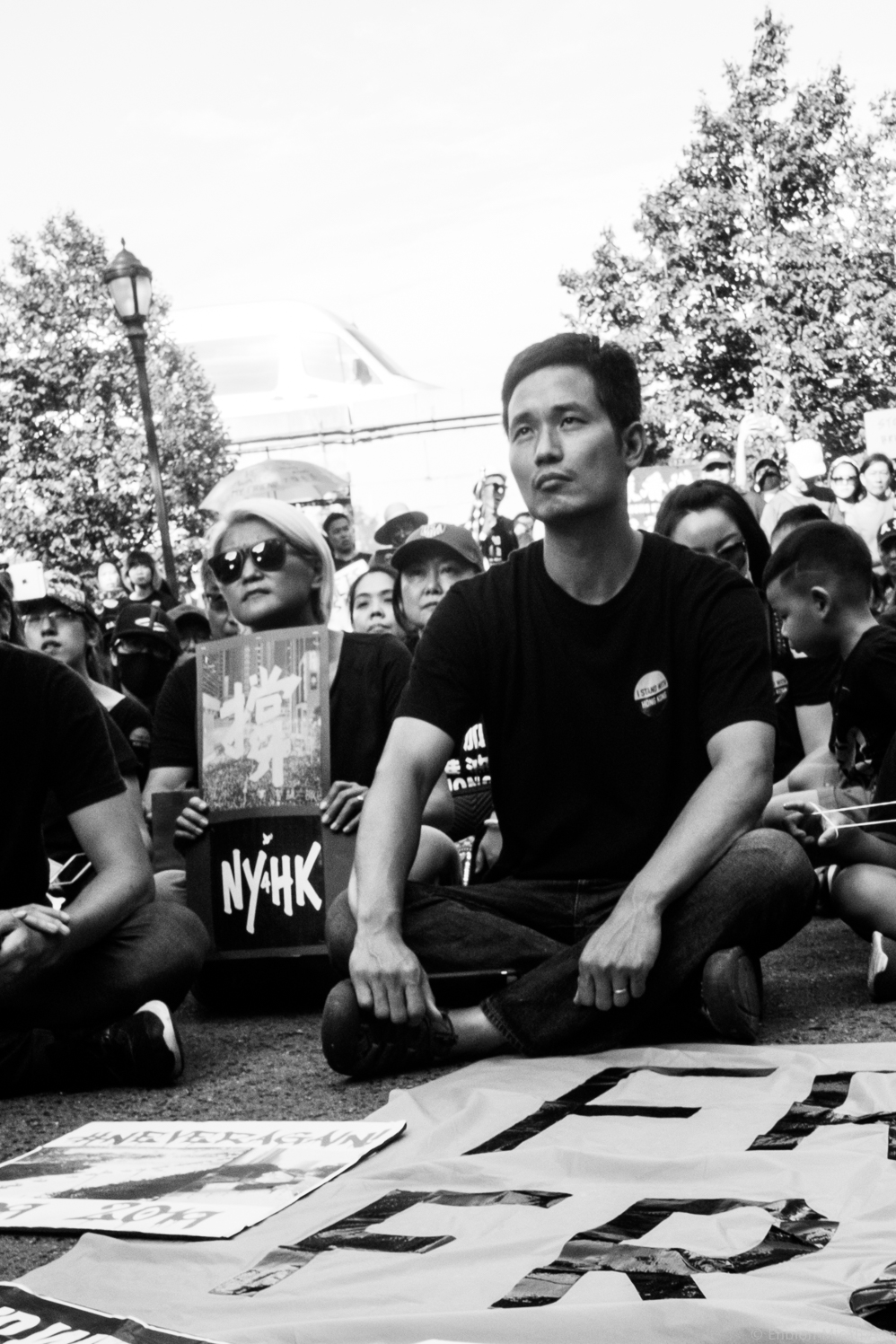 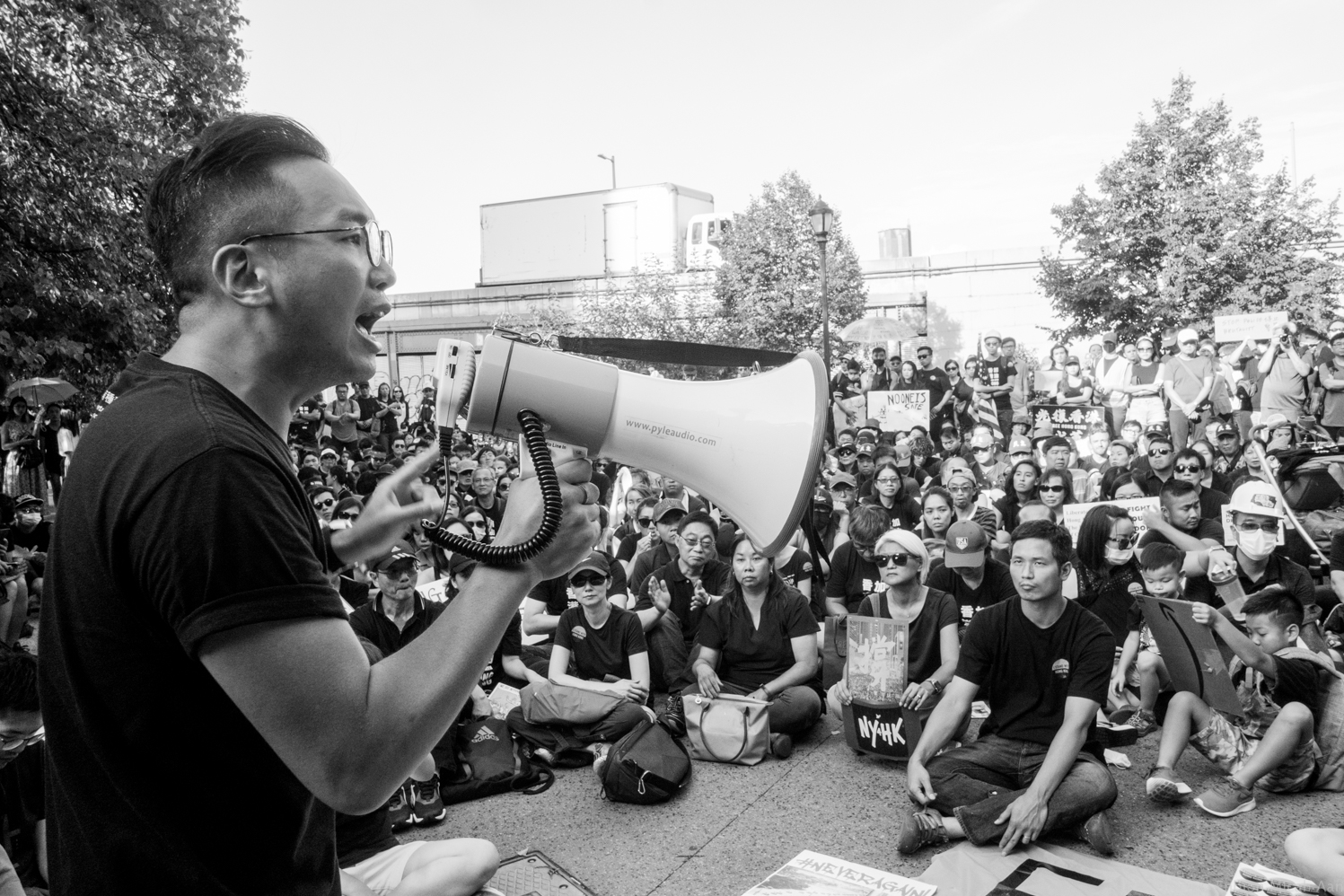 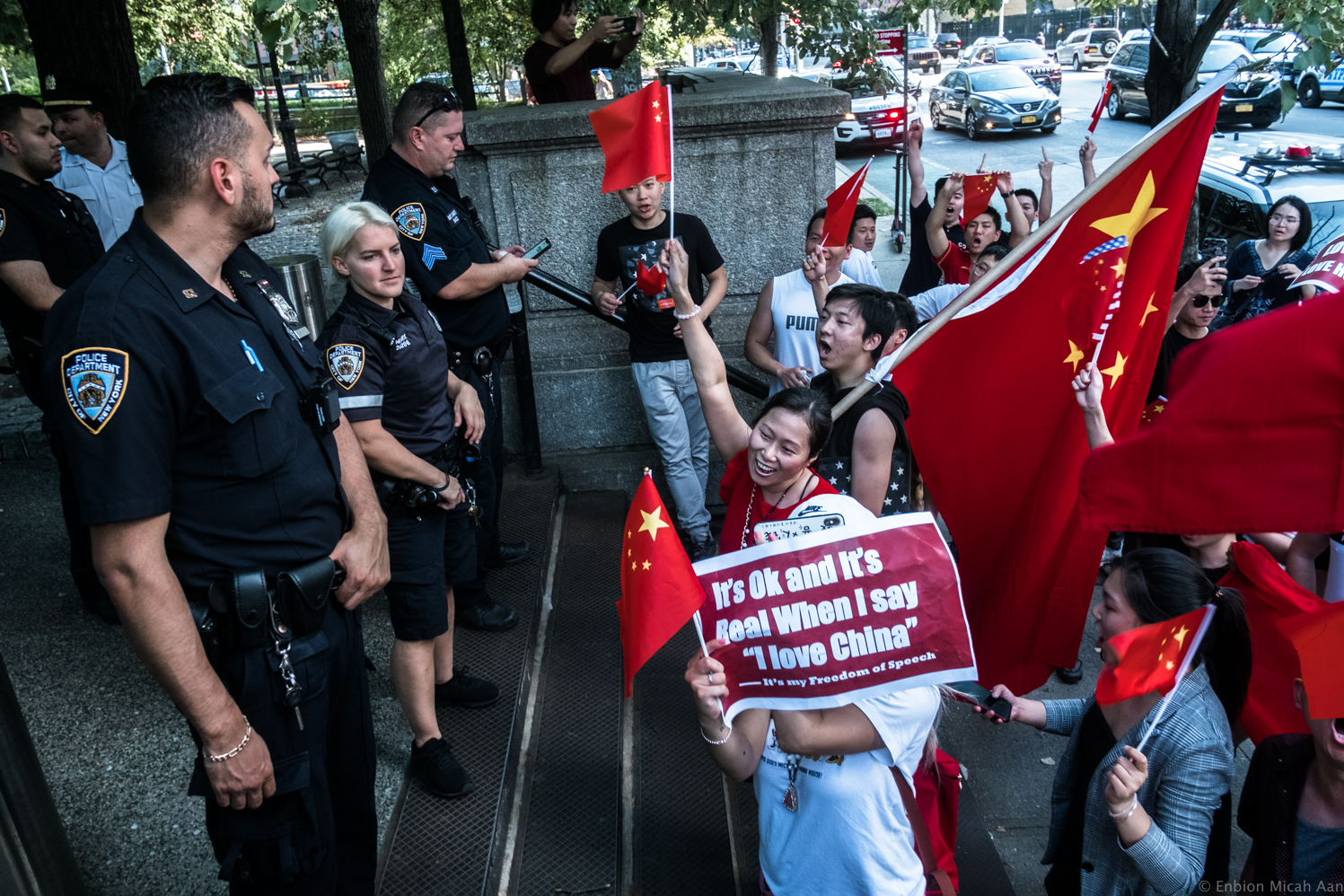