ON JUNE 16TH, a rally was held in Washington DC as a part of global solidarity rallies against a proposed extradition bill that the Hong Kong government intended to pass until its suspension last weekend. The bill would allow the Hong Kong government to extradite those it considers criminal to China if passed, and could significantly affect those traveling to, from, and transiting via Hong Kong.

Protesters brought flowers to surround the Victims of Communism memorial statue, located in downtown Washington DC. Signs with phrases such as “Down with Lam Cheng,” “Release the students,” “Retake the legislative council,” “No extradition to China” were placed around the statue. 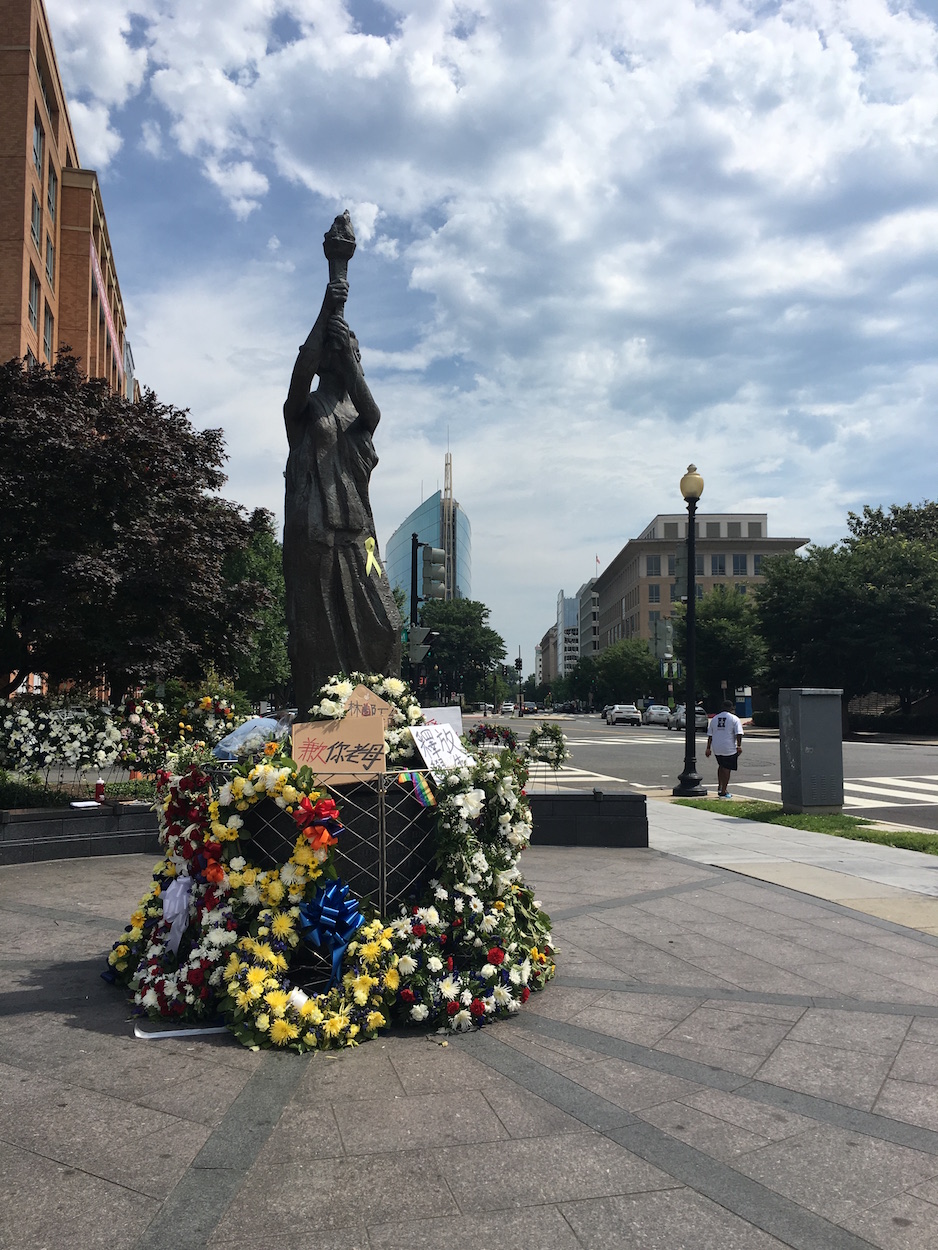 In front of a group of journalists, protesters also chanted their demands. They called for Hong Kong’s Chief Executive Carrie Lam to resign and for the bill to be discarded. Lam has made controversial comments in response to the protests in Hong Kong, which began on June 9th.

For many in Hong Kong, the recent move to pass the new extradition bill not only symbolizes Beijing’s increasingly ambitious reach into Hong Kong but also the rapid deterioration of its democracy since its return in 1997.

The pro-Beijing camp is currently in power in Hong Kong. During Carrie Lam’s term, Hong Kong reformed its education to be more similar to China’s, but the move has seen difficulties, commonly perceived as accommodative towards Beijing. This occurs despite that China promised a model of “One Country, Two Systems,” a system of governance originally designed to be imposed on Taiwan, with the claim that Hong Kong’s political system would remain unchanged for fifty years.

The initial wave of protest in Hong Kong happened to match the dates of the party primary polling of Taiwan’s Democratic Progressive Party, in which incumbent President Tsai Ing-wen emerged victorious to represent the party in campaigning for the second term. The protests in Hong Kong are significant for Taiwan, as many see Beijing’s intensifying grasp in Hong Kong as a precursor to similar types of coercion toward Taiwan. 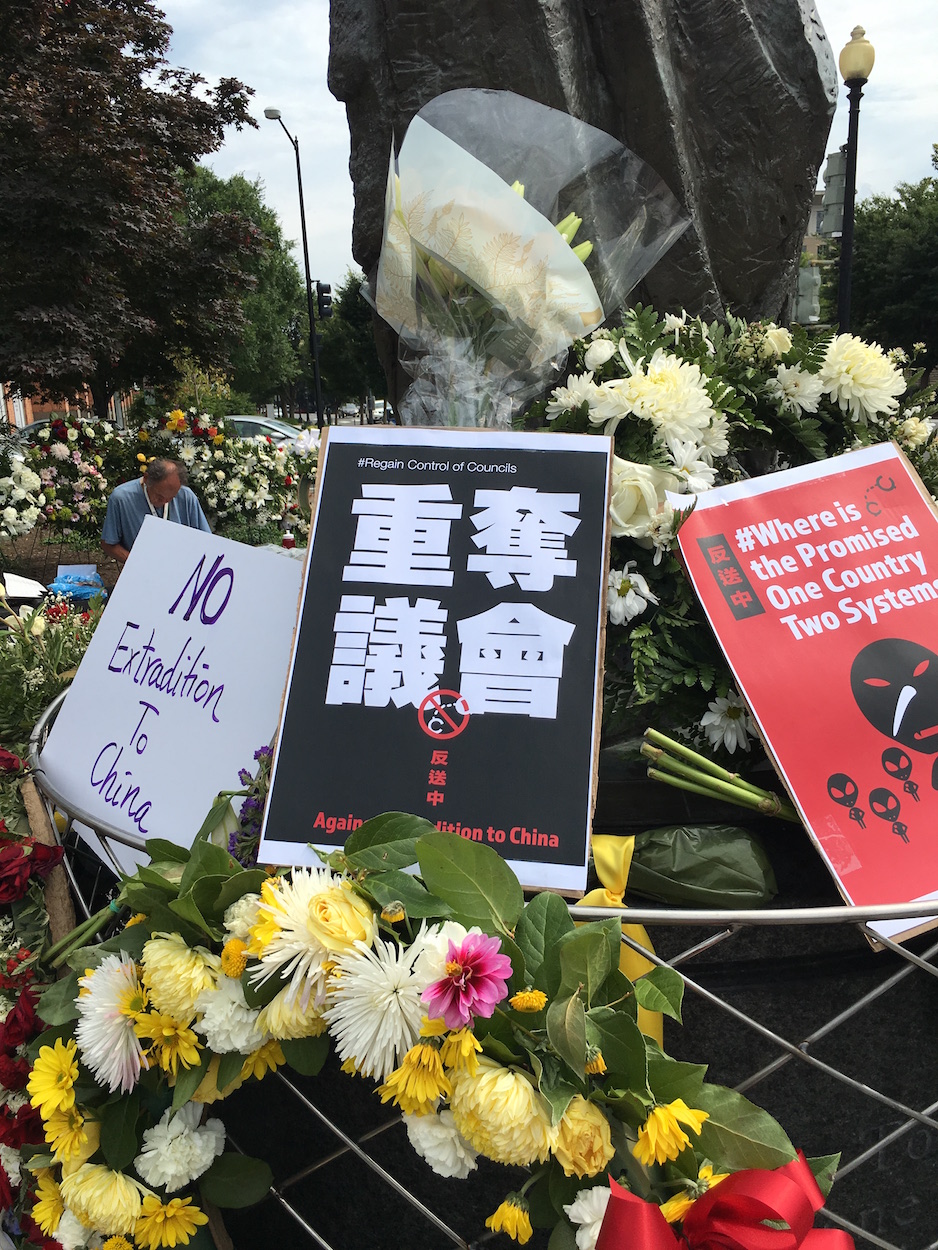 The bill itself, if passed, would likely affect directly Taiwanese traveling to or passing by Hong Kong in transit. Taiwanese activist Lee Ming-che (李明哲) was arrested in 2017 for allegedly “subverting China” while crossing into China from Macau. According to an official position, one major reason for the bill’s introduction was due to a murder case which happened in Taiwan.

Despite the nominal reasons given, Hong Kongers quickly realized the possibility of a slippery slope in the bill and decided to march against what is perceived as Beijing’s encroachment. In general, Hong Kongers seem highly alert on how the extradition bill can affect their everyday lives. The existence of rampant corruption within China, a government that emphasizes rule by law rather than rule of law – that is, with leaders above and not under the power of law – with a legal system that is essentially the extension of the party’s will seem no incentives for closer legal ties with China, as well.

On the same day, a protest in Hong Kong drew over 2 million. At this rally in Washington DC, only a small crowd of around 20 protestors were present. Nevertheless, many in the United States have became aware of the incident and its implication in the region. A bill to denounce the extradition bill in Hong Kong has been introduced and supported by Speaker Nancy Pelosi in the US House of Representative in response.