REPORTS OF unusual actions by the Chinese government aimed at affecting Hong Kong and Taiwan have emerged in the last day.

First, the Chinese government announced that individual tours to Taiwan from 47 cities across China will come to a halt starting on August 1st, though group tours will continue to be allowed. This is the first complete halt to Chinese individual tourism to Taiwan since Chinese tourists began to be allowed to visit Taiwan in 2011, although China has ordered reductions in the number of tourist groups as a means of economically punishing the Tsai administration in the past. 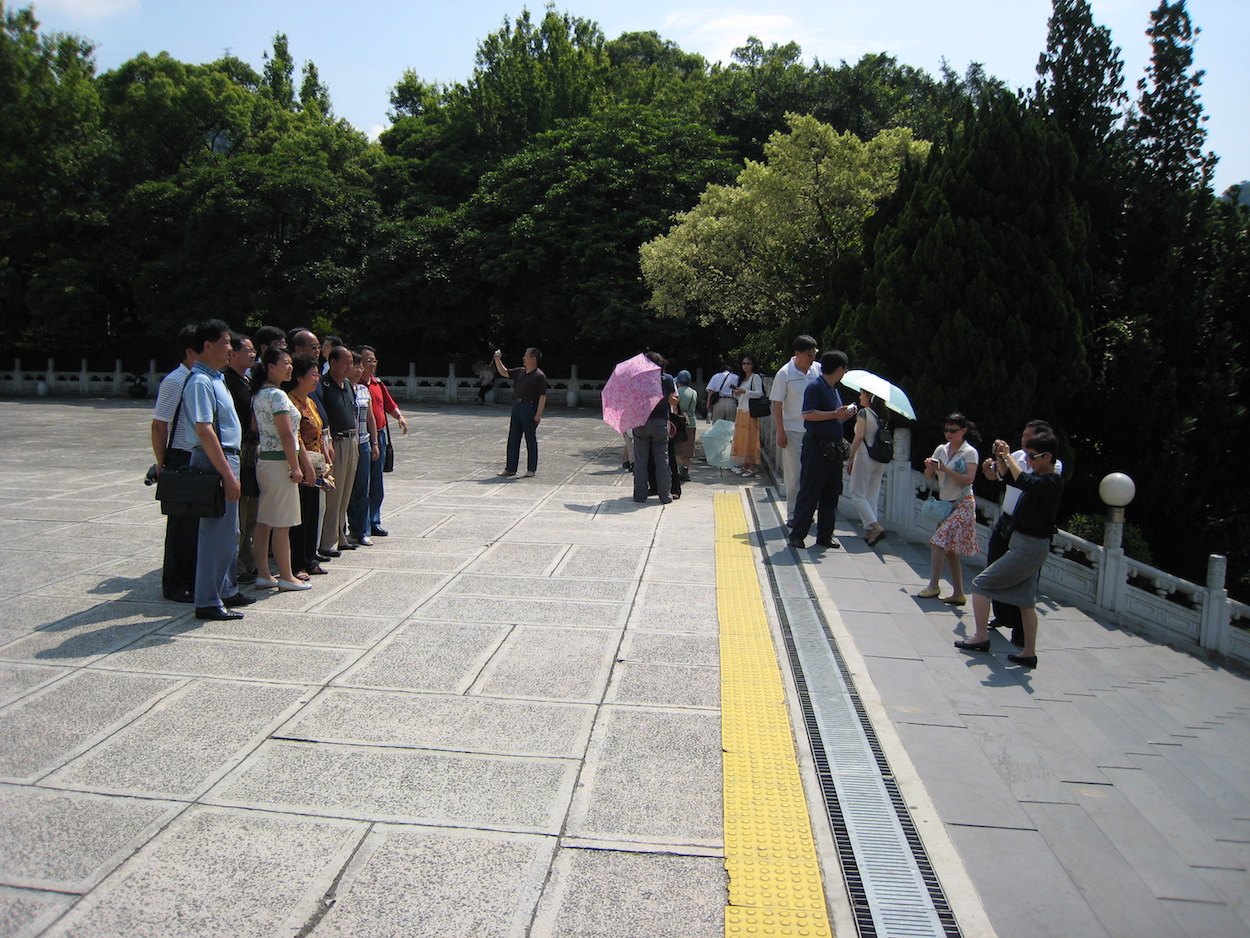 It is unknown whether this action is related to current events in Hong Kong, or whether this is a way of trying to economically punish the Tsai administration to help the election chances of KMT candidate Han Kuo-yu. That being said, although the narrative that drops in Chinese tourist numbers to Taiwan has hurt Taiwan economically often prevails in the media, Taiwan has actually seen record-breaking increases in tourists from other countries under the Tsai administration.

The Chinese government is better able to regulate group tours, which may be another reason as to why only individual tours will be banned. Fearing collaboration between Taiwanese and Chinese civil society actors, it is not impossible that the Chinese government is also wary that individual tourism will be used as a means for Chinese political dissidents to build contacts in Taiwan, though a large-scale action as banning all individual Chinese tours to Taiwan seems unlikely to be just for this purpose. It will also be immensely more difficult for Chinese nationals seeking asylum to enter Taiwan going forward.

Second, reports have since emerged of Chinese troops amassing on the border between Hong Kong and China, leading to fears that this could be an early sign of a PLA crackdown on Hong Kong.

Initial reporting on this first came from Bloomberg, citing an anonymous source in the White House, and contextualizing the development vis-a-vis upcoming US-China trade talks. At the time, however, some questioned why the report seemed to cite a single source, who was not named, and whether this source could perhaps be attempting to leak misleading information to Bloomberg for their own purposes. Such events in the White House would be far from unheard of, whether under the current Trump administration or previous administrations less prone to releasing disinformation.

However, the South China Morning Post (SCMP) now reports that 190,000 police officers, not PLA troops, have been mobilized to Guangdong province for drills to be conducted on the occasion of the 70th anniversary of the founding of the People’s Republic of China. The drills took place Tuesday. As the report notes, it is unusual for police to be deployed in such number for commemorations so far from Beijing. The report also cites the PLA garrison in Hong Kong as stating that it is unaware of the drills in Guangdong and an unnamed source involved in Beijing’s Hong Kong policy being dismissive of the possibility of PLA troops being deployed in China. This takes place at the same time as a spike in fake videos of the PLA being mobilized in Hong Kong.

SCMP frontline reporters have been among those to provide the most detailed coverage of protests in Hong Kong so far. But it should be known that the SCMP has at times served as a direct channel for the Chinese government to release information to the international world before, with the shift in the editorial direction of the newspaper after Alibaba Group founder Jack Ma purchased the newspaper in December 2015. Ma is known to be a member of the CCP. 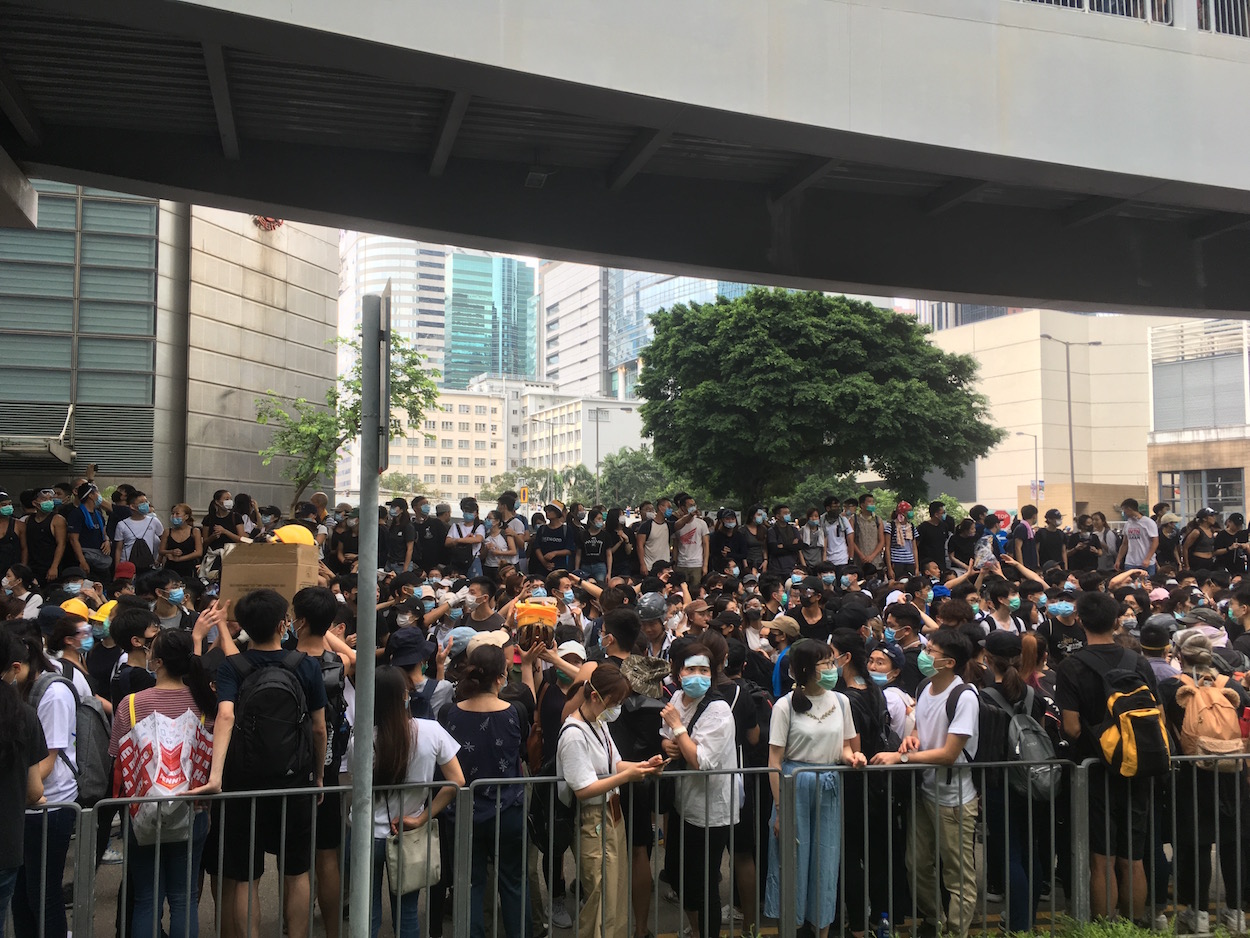 The SCMP published an interview with detained Chinese human rights lawyer Zhao Wei published in July 2016 without a byline. At that point in time, Zhao had been detained for over year, and if the SCMP was able to publish an interview with her—one in which Zhao claimed to be regretful for past human rights activism and that she hoped to repent for her actions—this meant that the newspaper had obtained access to Zhao when neither her husband nor defense lawyer had been able to contact Zhao. The interview was likely deliberately released by the Chinese government through the SCMP, then.

To this extent, protest is becoming increasingly widespread among sectors that were not previously engaged, as observed in calls for civil servants to strike on August 2nd. Beijing likely is also aware of that it is increasingly common in protest rhetoric in Hong Kong to refers to the current set of demonstrations as a “revolution of our times” (時代革命), as part of the protest slogan “Liberate Hong Kong, the revolution of our times” (香港，時代革命). No less than Hu Xijin, editor-in-chief of the state-run media outlet, the Global Times, has been among those to suggest that Hong Kong borders on a “color revolution.”

The Chinese government may continue to bank on exhaustion eventually setting in among protestors, as occurred during the Umbrella Movement. But intensive protests have taken place for fifty-two days already, meaning that in scarcely more than a month, the current set of demonstrations will have outlasted the seventy-nine-day Umbrella Movement.

It is to be questioned whether the Chinese government will shift tactics once the current set of demonstrations outlasts the Umbrella Movement. Certainly, the PLA garrison in Hong Kong would likely be insufficient to put down protests because it is thought to be between only 6,000 to 10,000 individuals, and so troops would have to be brought in from without to put down the demonstrations, which have at times involved hundreds of thousands. But, interestingly, the notion of deploying thousands of Chinese police rather than military in Hong Kong would be an intermediate means of escalation without bringing in the PLA. 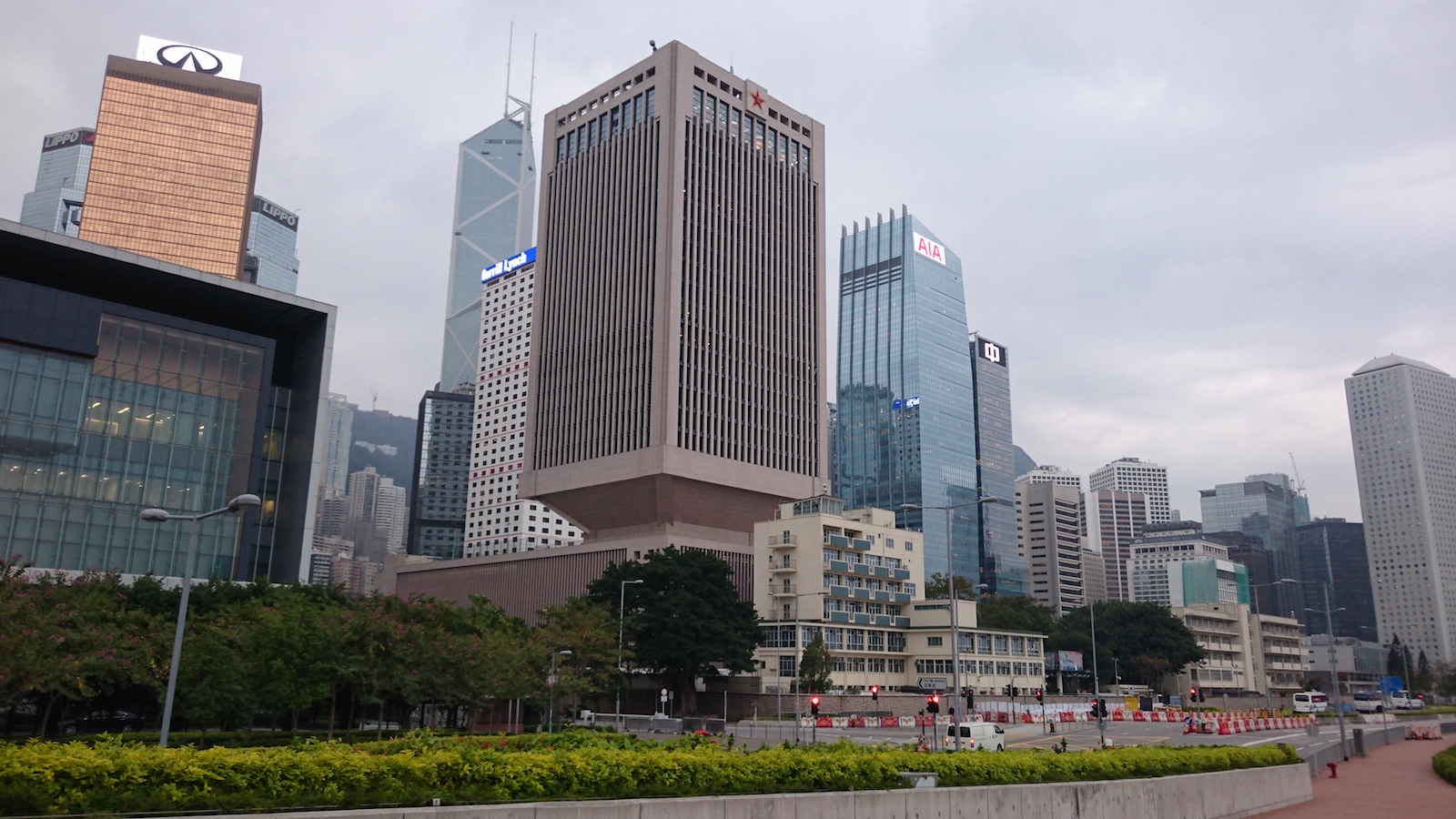 Yet at the same time, it is far past time to rule out overly premature assessments that the PLA could never be deployed in Hong Kong, as some have done, pointing to the potential political and economic blowback to China if it were to try and crack down on protests in Hong Kong with brutal force. It is usually suggested that Hong Kong is too economically important for China for force to be used, given the enormous foreign direct investment that comes through Hong Kong, or that the US-China trade war makes the present moment too politically precarious for China to militarily intervene in Hong Kong. As such, the claim is that it would be politically irrational of the Chinese government to deploy the PLA in Hong Kong.

To begin with, the flight of foreign capital from Hong Kong, as is likely to happen in the wake of the extradition bill, with some billionaires already moving their assets out of Hong Kong in anticipation of the bill’s passage, would make Hong Kong replaceable with other Chinese cities and no longer of special significance to China. Second, with Chinese president Xi Jinping having successfully abolished the term limits that a Chinese president can serve, Xi may still need a justification in order to secure lifetime rule—the easiest way may be to use the pretenses of a political crisis to justify lifetime rule. One way could be to engineer a political crisis in Hong Kong. It has also been suggested that unrest in Xinjiang, or a costly military invasion of Taiwan, would be other means of engineering such a crisis. Xi’s personal interests are simply not the same as China itself and so it is not impossible that it is in his personal interests to steer China toward irrational forms of action.

And though Hong Kong police have generally been sufficient in putting down protests to date, just not preventing them from continuing to happen, it is not impossible that, as with occasions inclusive of the Tiananmen Square Massacre, the Chinese government will overreact and perceive the current set off demonstrations as a larger threat than they actually are. For instance, it is unclear whether the Chinese government is simply claiming that the intervention of foreign actors is responsible for the outbreak of the current set of protests for the sake of domestic propaganda purposes or whether it genuinely believes this on some level.

One observes a growing pattern of mixed messages regarding the possibility of PLA deployment in Hong Kong. The Chinese Ministry of Defense stated on July 24th that the PLA could be deployed in Hong Kong if requested to by the Hong Kong government. But this was contradicted a week later by the Hong Kong and Macau Affairs Office in a press conference on Monday—the first press conference of its type since the 1997 Handover—in comments generally understood as downplaying the possibility of PLA intervention and suggesting that the Chinese government still hopes for the Lam administration and Hong Kong government to put down the present set of protests.

The pattern of mixed messaging can also be with the commander of the PLA garrison in Hong Kong indicating to Pentagon officials last month that the PLA had no plans to deploy in Hong Kong, but the PLA releasing a video showing troops drilling around Hong Kong on July 3rd.

It is also possible that the ostensible police drills in Guangdong are intended as a way of pressuring America ahead of US-China trade talks, as military drills conducting near the Taiwan Straits are thought to be aimed at.

But either way, it is in the interests of the Chinese government to be strategically ambiguous on whether it would be willing to deploy PLA troops in Hong Kong at present, as a means of trying to frighten protestors into submission. It remains a question as ever as to whether PLA deployment would actually take place in Hong Kong, but one can expect China to try and be deliberately ambiguous on the issue of PLA deployment going forward.