DEMONSTRATIONS HAVE continued over the past week in Hong Kong, frequently involving clashes with police. Last weekend marked the sixteenth consecutive week of protests. Looming over demonstrations at present is Chinese National Day commemorations set to take place on October 1, which will commemorate the 70th anniversary of the founding of the People’s Republic of China. 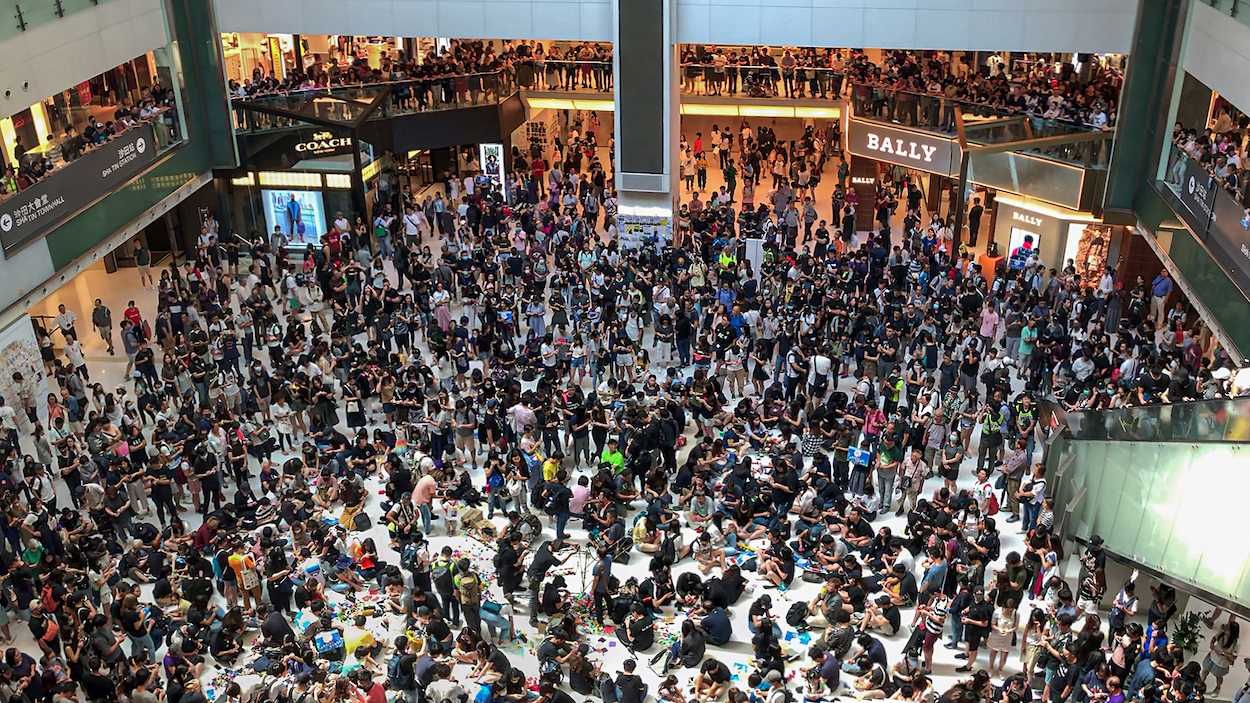 This was not the first demonstration regarding the issue, as mixed in with the protests against the extradition bill that originally sparked the demonstrations that have rocked Hong Kong over the past months or more generally against police brutality. A previous demonstration on the issue took place in July. However, as one might expect, the demonstration was much more slanted toward nativist identity than some of the other demonstrations which have taken place to date, including xenophobia against Chinese, and involved the stigmatization of sex work.

By the afternoon, police began to execute dispersal operations aimed at driving out protesters, attacking demonstrators with batons and firing tear gas canisters. As such, demonstrators responded by building barricades and setting fires.

A demonstration against police brutality also took place at nightfall in the Yoho Mall in Yuen Long on Saturday, focusing on police violence in the Prince Edward MTR station on August 31st. Some demonstrators believe that some were killed as a result of police on August 31st, but that police have managed to cover this up.

“Grandpa Chan,” a well-known elderly participant of the demonstrations to date who previously engaged in a hunger strike on behalf of demonstrators, was among those arrested at Yuen Long. A volunteer from the “Protect Our Kids” campaign was beaten by police. Particularly enraging also was video footage of police in Yuen Long kicking a demonstrator on the ground, seeing as police later denied this and claimed that the footage instead showed police kicking a “yellow object.” In the wake of statements by police, there have been incidents of demonstrators jokingly referring to themselves as “yellow objects”. 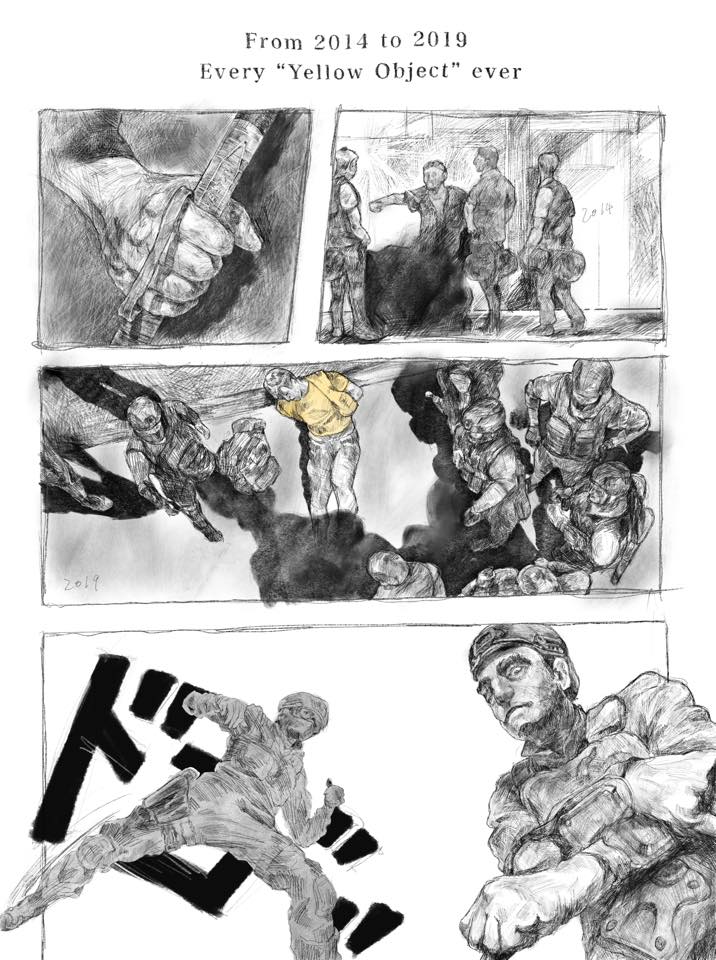 As the night went on, demonstrators gathered outside the Mong Kok police station, setting fires and pointing laser pointers at police, with clashes eventually breaking out. Among those arrested in Mong Kok was a 13-year-old. On the other hand, police destroyed a memorial which had been set up by demonstrators outside the Prince Edward MTR station.

On September 24th, lawmaker Ray Kwong was asked by group of unknown individuals. An Apple Daily reporter was also attacked by four men while having dinner with her family. Protests again broke out on September 25th in the Sha Tin MTR, reportedly after police detained a young person that attempted to jump a turnstile.

In the meantime, measures taken by the government against protesters are hardening. One observes a sharp uptick in the number of demonstrators arrested on charges of defacing the Chinese flag in the past week, with a number of incidents of Chinese flags burned, thrown into garbage, or thrown into the Hong Kong harbor through the course of demonstrations to date. Pro-Beijing politicians and the Hong Kong government are increasingly raising the possibility of passing legislation to ban masks in public, seeing as many protesters wear masks to avoid identification.

Hong Kong Chief Executive Carrie Lam currently claims that a new dialogue platform in which up to 150 randomly selected citizens can meet with Lam and other top government officials will put an end to the unrest, but this seems unlikely to have any real effect. More than 20,000 have applied to attend the first session of this platform, which will take place today. But if the selection process is genuinely random, it is likely that this will simply result in a media spectacle of numerous Hong Kong citizens berating Lam, or Lam responding to participants’ questioning in a way that proves further enraging of the Hong Kong public. 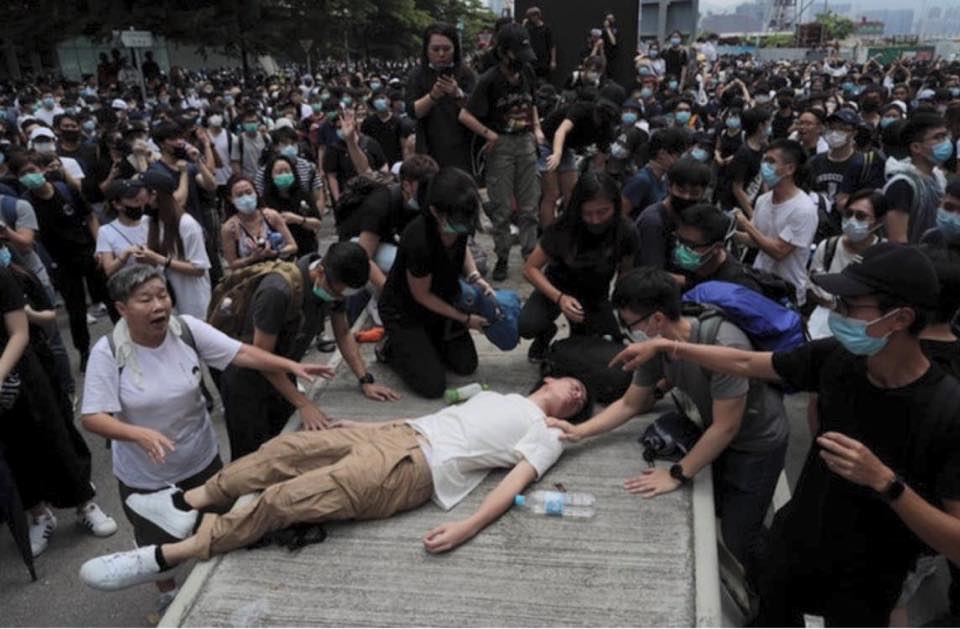 Pro-Beijing lawmaker Michael Tien—who has advocated accepting the demand of protesters to set up an independent inquiry into police violence—has stated that demonstrations on National Day could see widespread violence, although he stated that intervention from the People’s Liberation Army seemed unlikely. One also notes that paramilitary drills held in Shenzhen, feared to be in preparation for imminent crackdown, have generally ceased in the lead-up to National Day. But what comes next for Hong Kong still remains to be seen.