SCENES OF disruption took place across Hong Kong today, with a general strike and eight rallies held at the same time across multiple districts of Hong Kong.

A general strike was called for in June on short notice, the idea taking root in the absence of other ideas as to how to expand protests. However, the general strike called for today is clearly much larger, with businesses, stores, and offices shutting down across Hong Kong. The full scale of the general strike is still unknown, though transportation was ground to a halt in many locations. 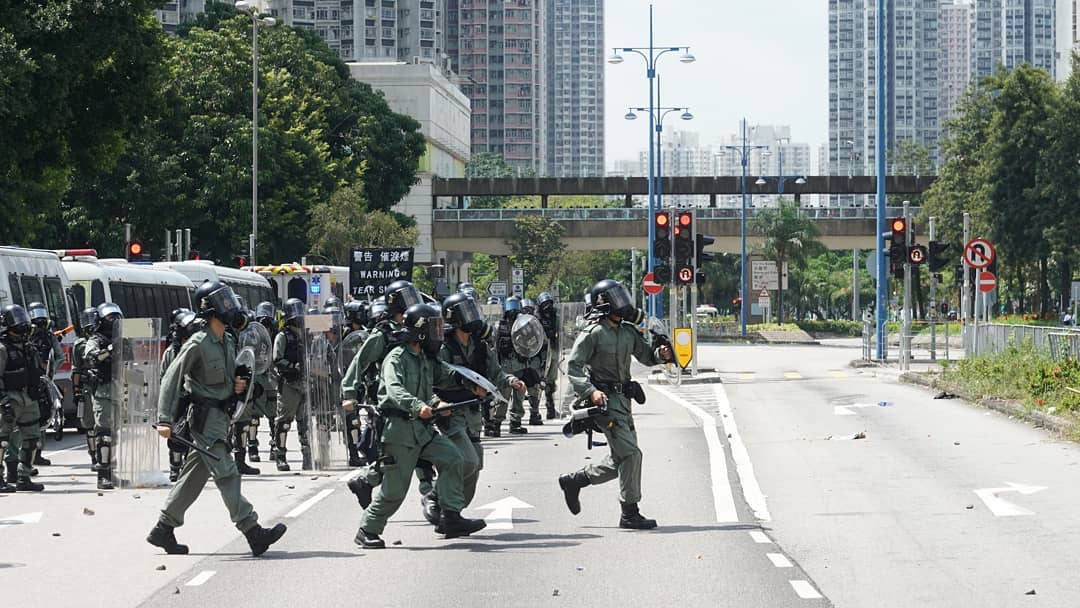 Particularly significant is that Hong Kong International Airport operated only using one runway for parts of today, with air traffic controllers and airport workers going on strike. Apart from demonstrating against the actions of the Hong Kong government in past months, airport workers reportedly also protested against that some workers have not been paid their wages in months.

Reports from earlier this morning suggested that 277 flights were canceled, although Raymond Ng, deputy director-general of civil aviation, later said that only 77 flights had been canceled. Demonstrations again took place in Hong Kong International Airport around 6 PM, with demonstrators unfurling a banner in the airport lobby. Several hundred bus drivers are also known to have gone on strike, leaving normally crowded bus terminals in Admiralty empty, and the morning saw a strike on the MTR, causing significant disruption.

Protests that took place across Hong Kong were heated, with streets occupied and multiple clashes breaking out with the police, although it is still unknown how many are participating in demonstrations. It will very likely prove hard to have an accurate crowd count for the demonstrations today, given how geographically dispersed they are, but it was expected ahead of time that half a million or more could potentially participate in demonstrations today.

As with the preceding three nights of protests, police fired large amounts of tear gas at demonstrators, while demonstrators adopted tactics of quickly moving away whenever police began to approach so as to keep ahead of them. At least fifteen roads were occupied by demonstrators, with eight MTR lines and 70 bus routes affected, and the Cross-Harbour Tunnel, Lion Rock Tunnel, and the Eastern Harbour Tunnel were blocked.

This would be the third time that the Cross-Harbour Tunnel, which connects Hong Kong island and Kowloon, has been blocked in the past few days of demonstrations. The Chinese flag was thrown into Hong Kong harbor, as also occurred on Saturday, which was an act condemned by Chinese state-run media outlet Xinhua.

Video of a car plowing through a crowd widely circulated online

Repeated clashes with police in preceding nights of protest, which took place in Tseung Kwan, Island West, Mong Kok, have been outraging of protesters. Particularly outraging has been video of police stripping a female demonstrator in Tin Shui Wai of her pants and underwear and refusing to allow her to put her underwear back on, an act criticized by some as sexual assault, and video of a young female demonstrator in shock and unable to speak after being arrested by police, having been arrested for simply standing by a sidewalk and potentially facing up to a decade in jail. Police have also been criticized for directly firing tear gas canisters at protestors from high vantage points, despite that this could lead to serious injury. It is alleged that firecrackers were also thrown at demonstrators on Saturday, much as occurred during August 1st, when firecrackers were fired from a car at demonstrators protesting outside the Yuen Long police station.

Twelve hours into demonstrations, with nightfall, individuals thought to be triad members wearing white and wielding sticks emerged to attack demonstrators in North Point. This marks the first major attack conducted by triad members on demonstrators since July 21st. Several incidents also took place of cars or trucks driving into crowds, including a taxi driving into a crowd on Harcourt Road, and a construction vehicle crashing through barriers on Tai Po Tai Wo Road and Nam Wan Road.

Clashes are likely to grow more intense into the night, as demonstrators that refuse to withdraw carry out forms of direct action. In general, demonstrations are Hong Kong see increasingly militant forms of action against police and escalating violent actions by police against demonstrators. It is quite likely that demonstrations will see fatalities in the near future. One observes that, with police using large amounts of tear gas in communities across Hong Kong, including areas with many elderly residents, this has only intensified widespread anger against police.

It is unknown as to how the Hong Kong government will respond. The Hong Kong and Macau Affairs Office will be holding a second press conference on events in Hong Kong tomorrow afternoon, having only responded for the first time to events on July 30th after three consecutive days of protest. Hong Kong Chief Executive Carrie Lam held a press conference earlier today condemning demonstrators for attempting to foment a “revolution” and stating that their actions would destroy Hong Kong. 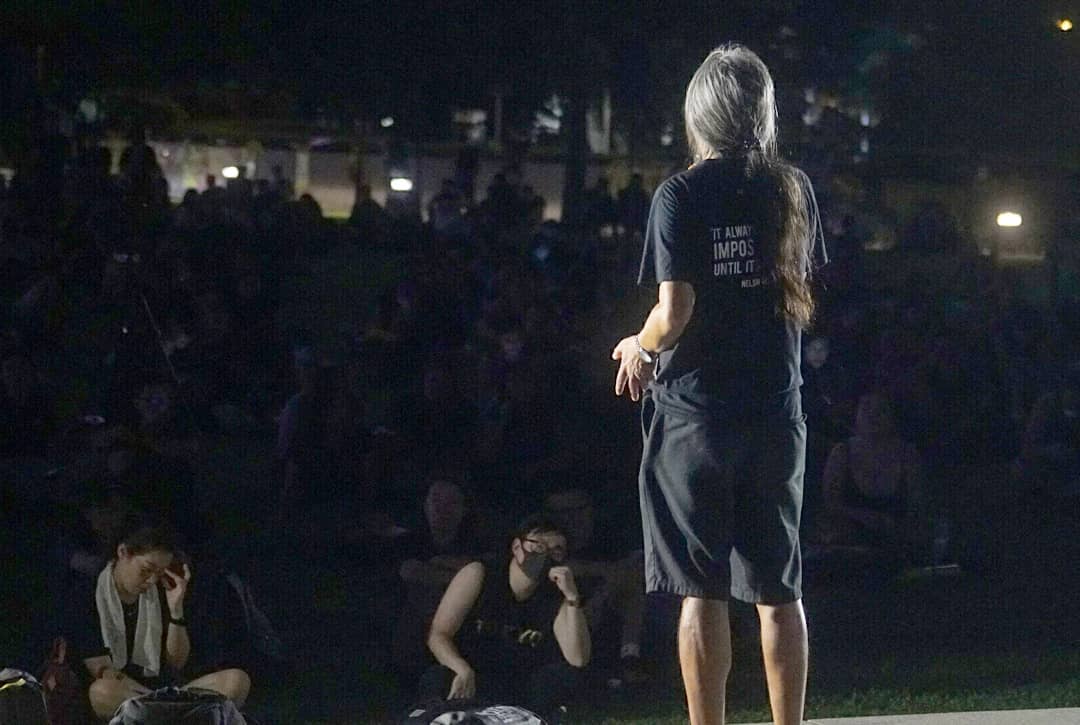 The PLA garrison in Hong Kong broke its silence to suggest earlier this month that it could deploy in response to protests in Hong Kong, having previously suggested to senior Pentagon officials behind closed doors that it would not be deploying in response to demonstrations. The PLA garrison also released a Cantonese-language video showing troops drilling in urban areas, seemingly to repress protests.

That being said, if the PLA were to deploy in Hong Kong, this would likely require more troops than simply the 6,000 to 10,000 troops of the PLA garrison in Hong Kong, and the Chinese government may still hope to wear down the present protest through attrition. This remains to be seen. Either way, protests tonight are likely to go on until the early morning hours.