KMT Only Calls for Transparency on Vaccine Purchases to Attack the DPP, May Hope Sabotage Future Purchases

The pharmaceutical industry is notoriously secretive, reflecting the vast power that the multinational pharmaceutical companies that manufacture COVID-19 vaccines have—even over national governments. As such, it is common for drug companies to require that the price per dose, deposit for shipments, and date of delivery for shipments be kept secret.

Likewise, pharmaceutical companies have received patent protection for vaccines, even if development was paid for by public funds, and shields from liability in the event of issues caused by vaccines. Indeed, one of the major legal issues when it came to non-government organizations such as electronics manufacturing giants FoxConn and TSMC or Buddhist religious organizations attempting to purchase vaccines was regarding who would assume liability if things went wrong with vaccines.

To this end, Minister of Health and Welfare Chen Shih-chung has also frequently sought to highlight to the media during the Central Epidemic Command Center’s daily press briefing that media reporting on the details of vaccine details could potentially endanger future deals by Taiwan. Indeed, the DPP is likely keenly aware that vaccine manufacturers may already be somewhat reluctant to sell to Tsai administration for fear of angering China—even with high rates of vaccination using domestically manufactured vaccines, the Chinese market remains still many times larger than Taiwan’s, and so it may be logical to prioritize the Chinese market over the Taiwanese market.

There are reports of western governments pushing vaccine manufacturers to sell to Taiwan in order to avoid accusations of caving into Chinese pressure, such as seems to have occurred with the German government applying pressure to BioNTech. One has seen similar pressure from the US. That being said, Taiwan revealing confidential details of vaccine purchase agreements may further disincentivize multinational pharmaceutical companies to sell to Taiwan—and the ability of pharmaceutical companies to make national governments fall in line should be self-evident. Furthermore, vaccine companies have been pressured by the Chinese government to not sell to Taiwan, as also seems to have occurred with BioNTech.

It is possible, then, that the KMT may be seeking to sabotage efforts by Taiwan to purchase vaccines by calling for the details of vaccine orders to be released. To date, the KMT has sought to accuse the Tsai administration of not only failing in vaccine acquisition efforts, but of having bungled vaccine shipments that did arrive, claiming that the Tsai administration was only able to negotiate high prices for vaccine purchases—focusing particularly on domestically-manufactured vaccines, with the claim that purchases by FoxConn and TSMC have been cheaper. These days, one observes much commentary in the media on the supposedly high prices of domestically manufactured vaccines purchased by the Tsai administration, as juxtaposed to the price of BioNTech vaccines.

In truth, the KMT no doubt understands the secretive nature of the global pharmaceutical industry from its many years in power. Moreover, attacking the DPP for its supposed lack of transparency is ironic, considering the many murky deals negotiated by the KMT when it held power in the government, inclusive of the CSSTA trade agreement that the KMT sought to sign with China in 2014. Both the DPP and KMT alike have been willing to push for Taiwan to sign free trade agreements that the public is not allowed to view the text of. Criticizing the DPP for its non-disclosure of details of vaccine purchases is simply an opportunistic way to attack the party. 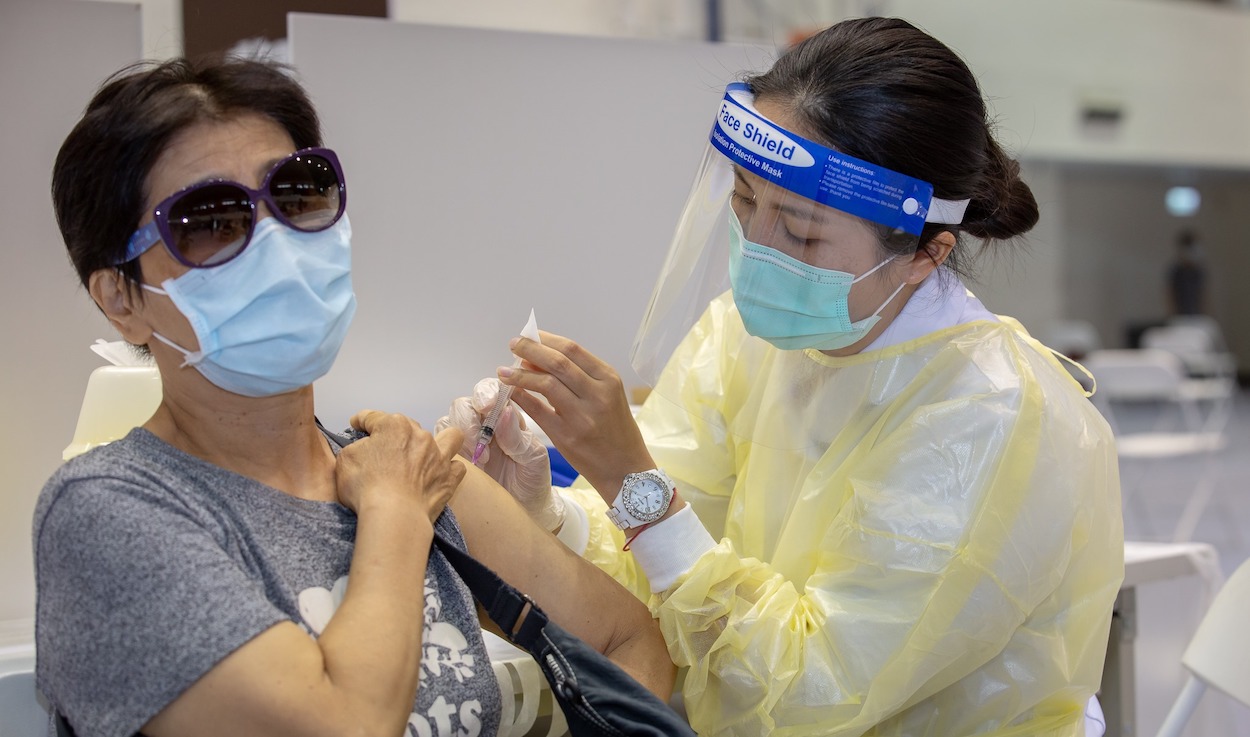 Yet, as the KMT’s behavior during the pandemic to date makes clear, the KMT seems sometimes more interested in attacking the DPP more than making genuine efforts to fight COVID-19, probably hoping to pick up the pieces from the post-COVID fallout. While there is in fact a need to call for transparency and accountability from the global pharmaceutical industry, it will not be coming from the KMT anytime soon. In fact, the KMT’s opportunistic use of the issue is likely to set back any genuine efforts to call for transparency, due to the issue becoming mired in messy pan-Blue versus pan-Green politics in the Taiwanese context. That should not surprise.