PRESIDENT TSAI Ing-wen signaled a renewed focus on constitutional reform for her second term earlier this week in public comments at the DPP’s national congress. Tsai gave these comments in her capacity as chair of the DPP. Likewise, Tsai emphasized that the next major electoral task ahead of the DPP was winning the Kaohsiung by-election, which she phrased as “restoring the glory of Kaohsiung” (重新找回高雄的光榮).

Constitutional reform is a longstanding ideological demand of the pan-Green camp, going back for several decades. Because the historical leanings of the DPP and the pan-Green camp are toward advocacy of Taiwanese independence, members of the DPP have traditionally viewed the ROC constitution as a colonial imposition that the KMT forced onto Taiwan after it came to Taiwan following its defeat in the Chinese Civil War. 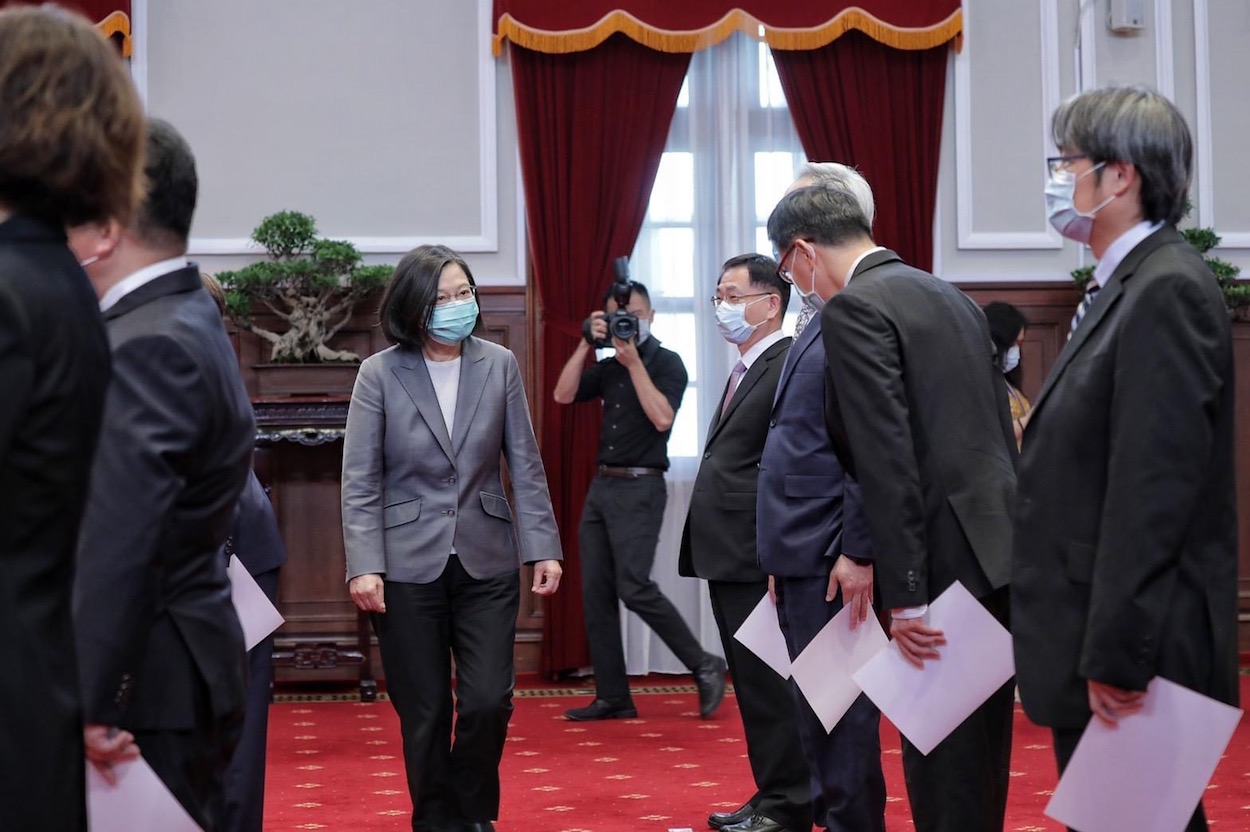 Efforts to change the constitution were a refrain of the pan-Green camp during the process of democratization. Constitutional changes were required in order to put an end to various governmental institutions that the KMT used as part of its system of control, such as the National Assembly. During authoritarian times, representatives of the National Assembly that arrived in Taiwan from China continued to serve lifetime terms because the jurisdictions they represented were under the control of the CCP and new elections could not be held. Moreover, because Taiwan only constituted one province of China, this was used by the KMT as a means of preventing local representation in politics, seeing as local representatives would be outnumbered by lifetime representatives of Chinese provinces.

But it has sometimes proven opaque as to what the constitutional reform means in the present, during the post-authoritarian era, seeing as the DPP has itself undergone many changes in the past decades. The DPP has not removed the Taiwanese independence clause from its party charter, with proposals to do so having caused controversies in the past. Yet the DPP has long since shifted away from being a pro-Taiwanese independence political party.

This has not prevented international observers, including both the US and China, from having long kept a wary eye on the DPP’s proposals for constitutional reform. The view is that the DPP could use constitutional reform as a means to advance a pro-independence political agenda.

It proves significant, then, that Tsai outlined her primary objectives in constitutional reform as lowering the voting age to eighteen and abolishing the Examination and Control Yuans. In particular, Taiwan still has one of the highest voting ages in the world, with the minimum voting age being twenty. Taiwan is in the small minority of countries with a voting age higher than eighteen. In emphasizing lowering the voter age, the Tsai administration continues its strong focus on appeals to Taiwanese young people. 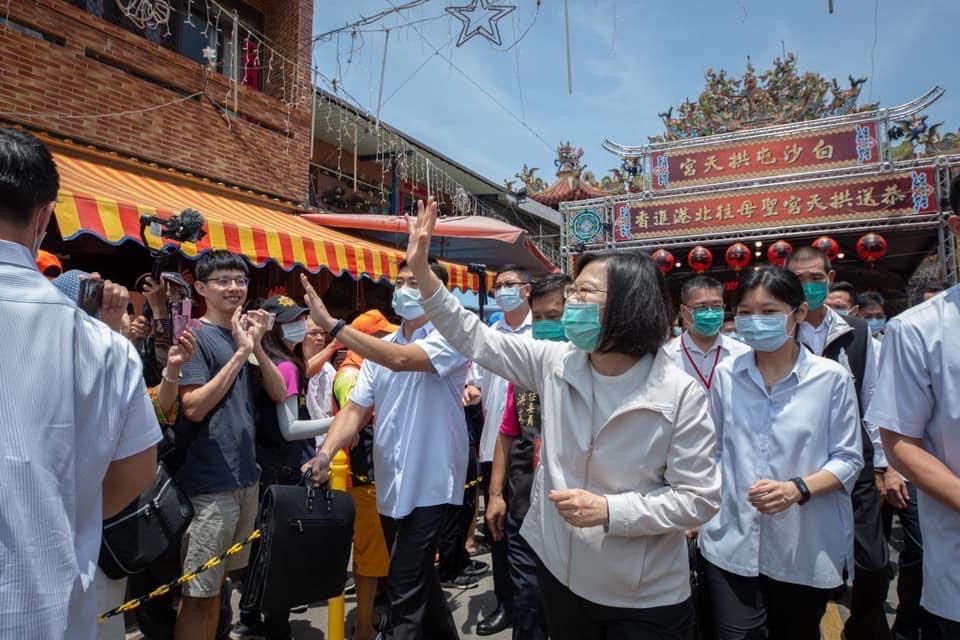 And, to this extent, questions have long been raised about the need to streamline Taiwan’s five branches of government, another legacy of the ROC constitution’s division of powers. The Control Yuan serves as an oversight body while the Examination Yuan is responsible for testing for schools, but the functions of these branches of government could be folded into other government ministries.

Indeed, Taiwan’s arrangement of government powers continues to face public scrutiny, with the view that the present arrangement of powers lacks legitimacy or is overly cumbersome. For example, there have also been calls in the past to abolish the current dual-power system between the president and premier. Calls to abolish redundant government ministries and bureaus part of the ROC framework, such as the Mongolian and Tibetan Affairs Commission, which was abolished in 2017, were also longstanding. However, such controversies seem limited to eliminating the Control Yuan and Examination Yuan at present.

While the aims of constitutional reform have differed between DPP leaders, Tsai was indicating through her comments that her version of constitutional reform will primarily be aimed at streamlining government, rather than pushing for Taiwanese independence. Lowering the voting age will significantly benefit the DPP and pan-Green third parties, seeing as young people overwhelmingly identify with Taiwan over China and support pan-Green parties versus pan-Blue ones. Yet notably, the demand for lowering the voting age is a bipartisan one, with even the KMT agreeing to this, meaning that it is only a matter of time before the voting age in Taiwan is lowered.

Kaohsiung mayor Han Kuo-yu of the KMT, who Tsai defeated in the 2020 presidential elections, surprised in 2018 by winning the Kaohsiung mayoral election—despite that Kaohsiung was traditionally thought of as a DPP stronghold. Though Han was defeated by large margins in presidential elections in January and then recalled in a historic recall vote in June, it was questioned whether Han’s victory meant that the DPP was weakening in its traditional bases of power. 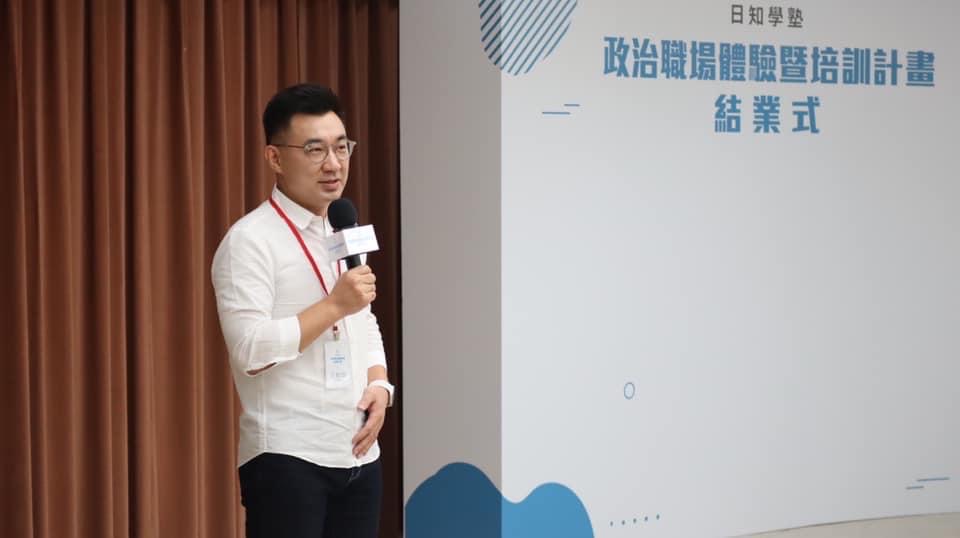 In the absence of any strong KMT rival and with the KMT candidate in the Kaohsiung by-election having recently seen a plagiarism scandal, the DPP will likely reassert control over Kaohsiung in the upcoming by-election. But Tsai likely hopes to allay concerns about the DPP having a weakening hold over its traditional bases in order to project political strength. In using the phrase “restore the glory of Kaohsiung,” Tsai was again drawing on Hong Kong-inspired rhetoric used in the recall campaign against Han, with calls to “Restore Kaohsiung” (光復高雄), drawing on the Hong Kong protest slogan, “Restore Hong Kong” (光復香港). As the term “restore” (光復) normally has strong resonances with traditional KMT rhetoric, the use of the term in Hong Kong in itself seemed to be a reference to Taiwan.

But, more significantly, outside of third parties, if the KMT’s recent attempt to block Chen Chu’s nomination as head of the Control Yuan is any indication, the KMT will bitterly fight attempts at constitutional reform going forward. Though current party chair Johnny Chiang initially took office promising to change the party to rise above the partisan in-fighting that frequently characterizes Taiwanese politics, attempts by the KMT to prevent Chen’s nomination—including several attempts to occupy the legislature—are indicative of that the KMT has instead settled on a strategy of vehemently opposing anything that the DPP does. This will also apply to constitutional reform.