DEMONSTRATORS MARCHED through the streets of Hong Kong in the thousands once again today in order to protest against the Hong Kong government’s handling of a planned extradition treaty which would allow Hong Kong residents to be deported to China to face criminal charges.

Organizers claim that over 1,400,000 demonstrators are present, which would make the demonstration surpass last Sunday’s demonstration. Notably, the line for the Star Ferry was reportedly one kilometer long this afternoon, with many seeking to take the ferry to participate in demonstrations. 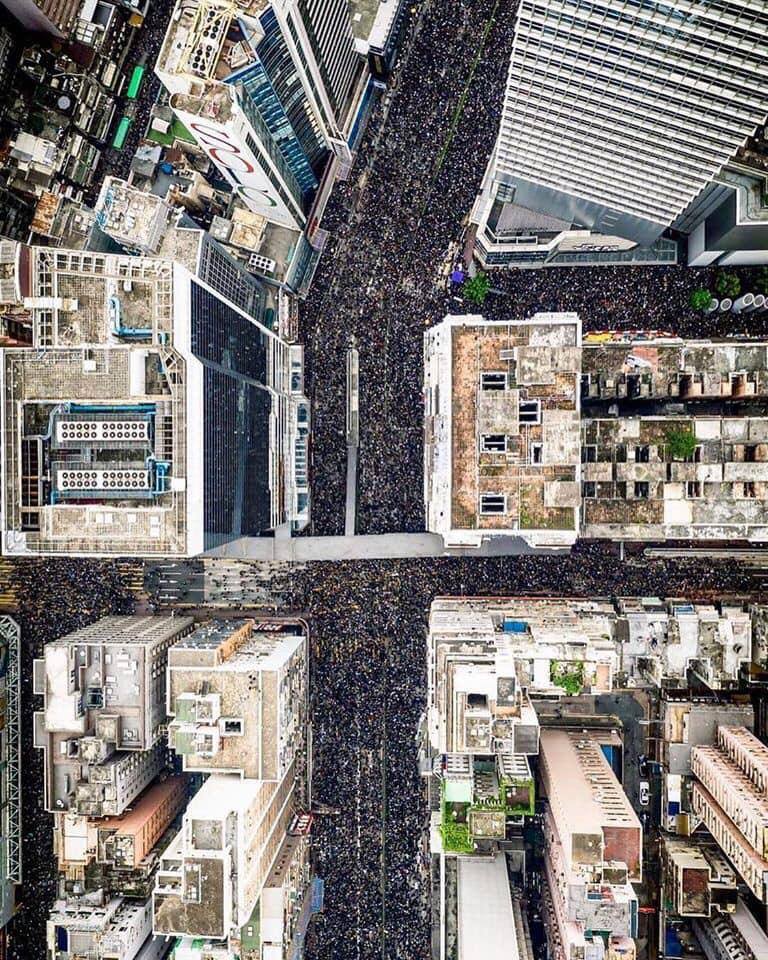 Although Hong Kong Chief Executive Carrie Lam announced that work on the bill would be temporarily suspended yesterday, demonstrators demand the full withdrawal of the bill, police accountability for violent actions against demonstrators in the past week⁠—particularly regarding the firing of tear gas on demonstrators on Wednesday⁠—and Lam’s resignation as Chief Executive.

Lam is accused of announcing the temporary suspension of the bill as an attempt at misdirection. Namely, the Hong Kong government may hope to see an end to present protests against the bill by announcing the bill’s suspension, yet the bill could still be passed through in a twelve-day period or could be taken up in a future legislative session. As such, Lam and the Hong Kong government are accused of trying to drag on the issue in the hopes that momentum for protests fades or by falsely convincing demonstrators that the issue is over, while still maintaining the threat of the bill against Hong Kongers. The Hong Kong government may also aim to persecute protesters after current tensions have died down, similar to the current jailing of key leaders of the 2014 Umbrella Movement close to five years after the Umbrella Movement took place.

Lam’s announcement of the temporary suspension of the bill has been compared unfavorably to Hong Kong Chief Executive Tung Chee-hwa announcing the withdrawal of planned changes to Article 23 of the Hong Kong Basic Law in 2003. Article 23 would have criminalized sedition against the government in a manner that many members of the Hong Kong public understood as meaning that this bill would be used by China as a means to persecute political dissidence in Hong Kong.

Consequently, the bill sparked massive protests. In this light, 2003 protests against Article 23 can be seen as a direct antecedent of present protests against the extradition bill. Protests which drew 500,000 onto the streets of Hong Kong led Tung to withdraw the bill, while protests which have drawn over one million onto the streets of Hong Kong prompted Lam to only temporarily suspend the extradition bill.

Prominent activists including Denise Ho, members of Demosisto, and others have been among those to urge that demonstrators do not withdraw or cease protests. Much attention has also gone to campaigns to call for continuing to protest, as disseminated through creative ways such as Airdropping memes calling for no withdrawal onto strangers’ computers, such memes having variations targeted at both younger and older demographics. A banner drop also took place on Lion Rock⁠—an iconic landmark of Hong Kong⁠—early today, although the banner has since been removed. 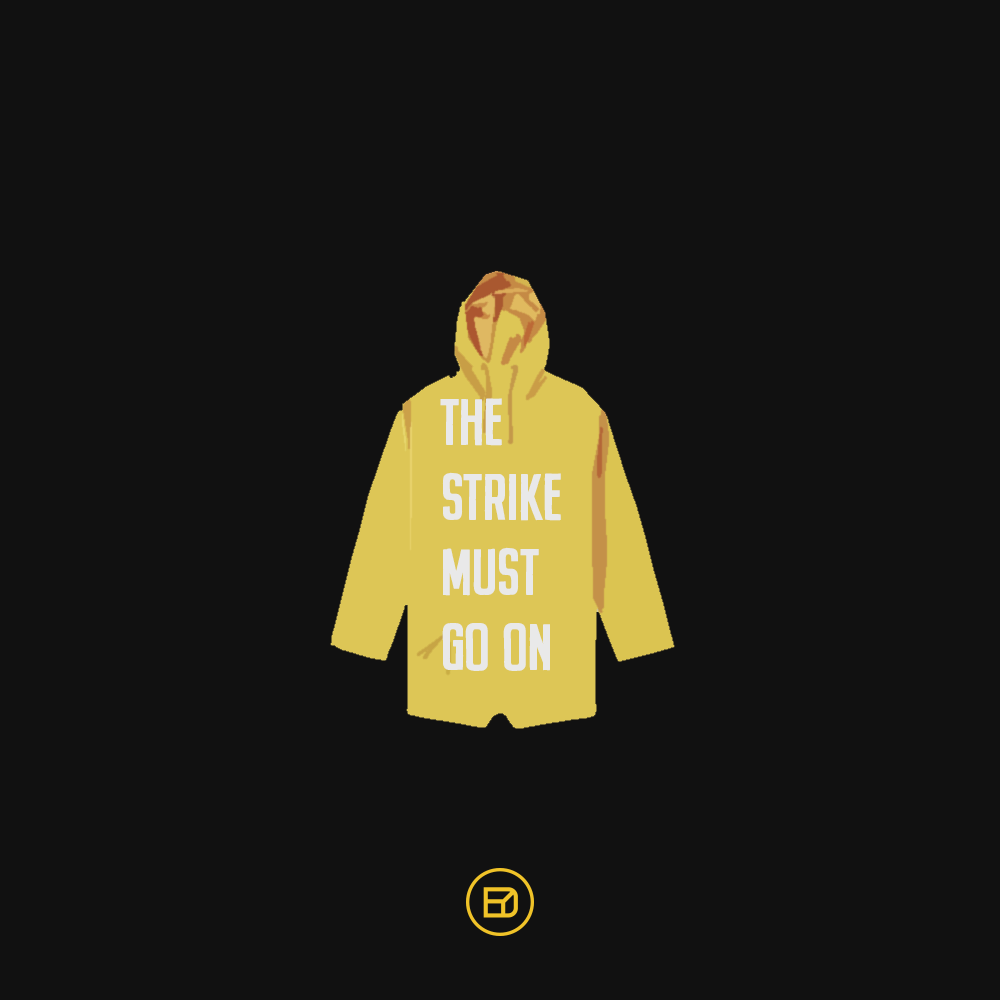 It proved somewhat surprising that the Hong Kong government did not wait to see how large turnout would be at today’s demonstration⁠—which was expected to be massive, as possibly the first demonstration in Hong Kong with more than one legally approved starting point⁠—before announcing the suspension of the bill. However, it is noteworthy that police approved the application for the demonstration today to be held to begin with. It may be that the Hong Kong government had come around to the view that if it did not compromise, today’s demonstration could possibly be more than they could control.

Demonstrators have further been galvanized to anger by the death yesterday of a 35-year-old man surnamed Leung who fell from a building while putting up a banner demonstrating against the extradition law. The incident took place in a similar timeframe as Carrie Lam announcing the temporary suspension of the extradition bill yesterday afternoon. Leung is the first casualty of the present set of protests, with no deaths having apparently occurred during previous outbreaks of mass protest against Chinese influence in Hong Kong, such as 2014 Umbrella Movement, which lasted for several months.

Notably, the police account of Leung’s death seems to differ from what video footage shows, with police claiming that Leung’s death was a suicide, while video footage indicates that Lam seems to have fallen by accident. With increased scrutiny in the past week on the Hong Kong police for violent actions, including the fact that police apparently fired close to twice as much tear gas on demonstrators on Wednesday outside of LegCo as they used during the entire Umbrella Movement, it might not be surprising that police would claim that Leung’s death was a suicide as a means of avoiding blame for the death. Demonstrators have placed flowers on the site of Leung’s death as they passed by and, likewise, a banner was dropped from the location where Leung was attempting to hang a banner.

Many of the demonstrations which have taken place since last Sunday’s march, in which over one million residents of Hong Kong participated in, have been autonomously organized. This either takes place through demonstrations held by individual organizations, such as Christian groups or Hong Kong mothers, or through calls for actions that develop online and draw spontaneous participation, oftentimes from young, anonymous protesters seeking to keep their identity secret.

However, today’s demonstration was called for by the Civil Human Rights Front, the organizer of last week’s march, hence the larger participation. The march began at 2:30 PM from a starting point in Victoria Park. As with last Sunday’s march, the pace of the has reportedly been glacial due to the large participation, as the march winds through Causeway Bay and Wan Chai on the way to LegCo in Central. The Central escalators have reportedly been shut down to the large crowds, with subways along the path of the march experiencing delays or with trains skipping certain stops due to crowding. 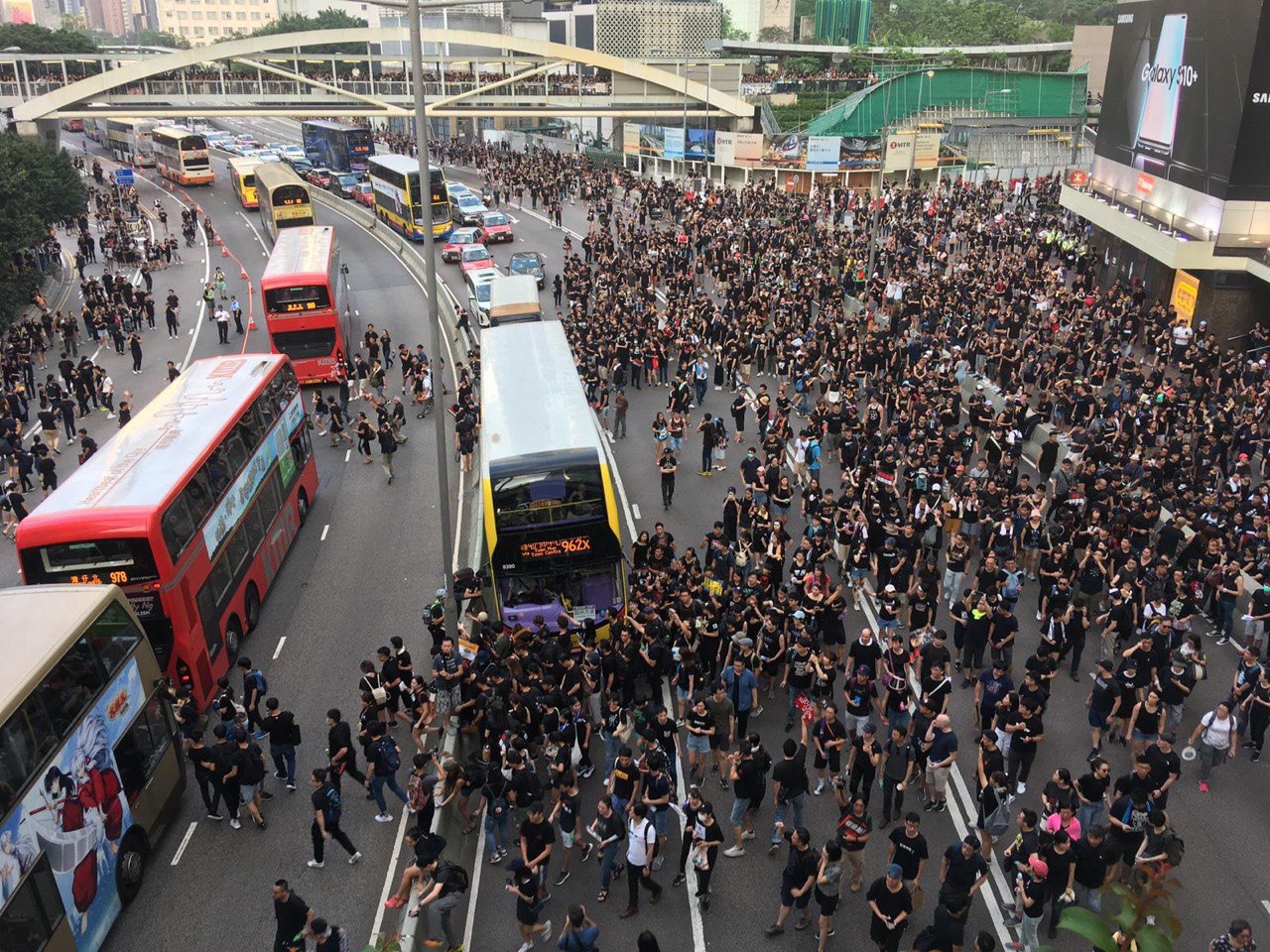 In the meantime, in the absence of any further concessions from the Hong Kong government, the likelihood that some form of direct action will take place tonight in Hong Kong is high. This is particularly as night falls and the main demonstration ends, seeing as it is possible that some demonstrators will call for individuals to stay until the full demands of demonstrators are met or will simply refuse to withdraw⁠—possibly prompting police force to be used against them in a manner that may simply fan public outrage yet again. Whether this will take place or not remains to be seen.