What Now After the Sentencing of the Umbrella Nine?

The so-called “Occupy Central Trio,” the original three conveners of Occupy Central with Love and Peace, consisting of Benny Tai, Chen Kin-man, and Chu Yiu-ming, were sentenced to sixteen months prison, although Chu’s sentence will be deferred for two years. This is due to health issues and Chu’s advanced age, seeing as he is 75, with some taking the view that it is unlikely that Chu will see any jail time. 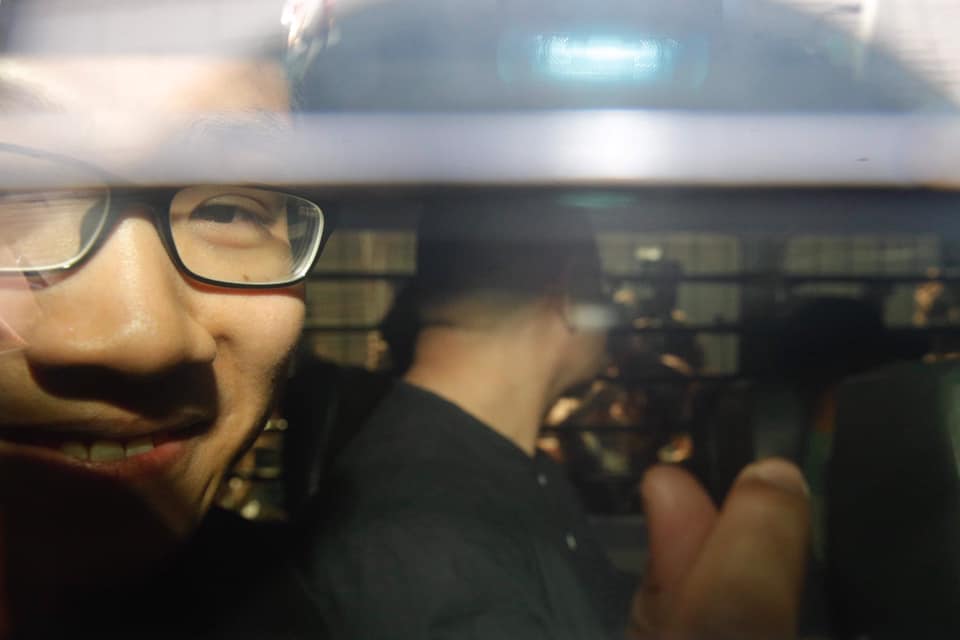 Raphael Wong being taken away by police after the sentencing. Photo credit: Raphael Wong/Facebook

Four members of the Umbrella Nine were sentenced to eight months in prison, primarily consisting of pan-Democratic politicians. This includes Lee Wing-tat, a former chair of the Democratic Party, Raphael Wong, vice-chairman of the League of Social Democrats, and Shiu Ka-chun, a legislator of the Social Welfare functional constituency, as well as Eason Chun, a former president of Chinese University’s student union. Tommy Cheung, another former president of Chinese University’s student union, was sentenced to 200 hours of community service. Tanya Chan, a Hong Kong island legislator, has had her sentence commuted because she currently requires brain surgery.

The Hong Kong government has long since demonstrated that it is willing to jail dissident politicians or youth activists, as observed in the sentencing last year of student activist Joshua Wong and disqualified lawmaker Nathan Law, both of Demosisto, and Alex Chow, former secretary-general of the Hong Kong Federation of Students. This was later overturned on appeal, but Wong was originally sentenced to six months in prison, Law to eight months in prison, and Chow to seven months in prison.

Longer sentences are possible. Members of the Umbrella Nine were originally facing a maximum length of seven years in prison for each charge. One notes that localist Edward Leung is currently serving six years in prison for his role in the Fishball Revolution in Mong Kok in 2016.

In 2017, 13 activists, including Raphael Wong, who attempted to storm Hong Kong’s Legislative Council were sentenced to jail, with sentences handed down including 13 months and eight months imprisonment. The attempted storming of the Legislative Council took part as a demonstration against a controversial 340 million HKD funding plan to develop Hong Kong’s New Territories pushed through by a forced vote at a meeting in which no pan-Democratic legislators were present. Other participants in the Fishball Revolution face jail sentences of up to ten years for rioting.

Indeed, the legal justifications for the jail terms facing the Umbrella Movement are primarily that civil disobedience does not disqualify protesters from imprisonment, as well as that such actions constituted a public nuisance. 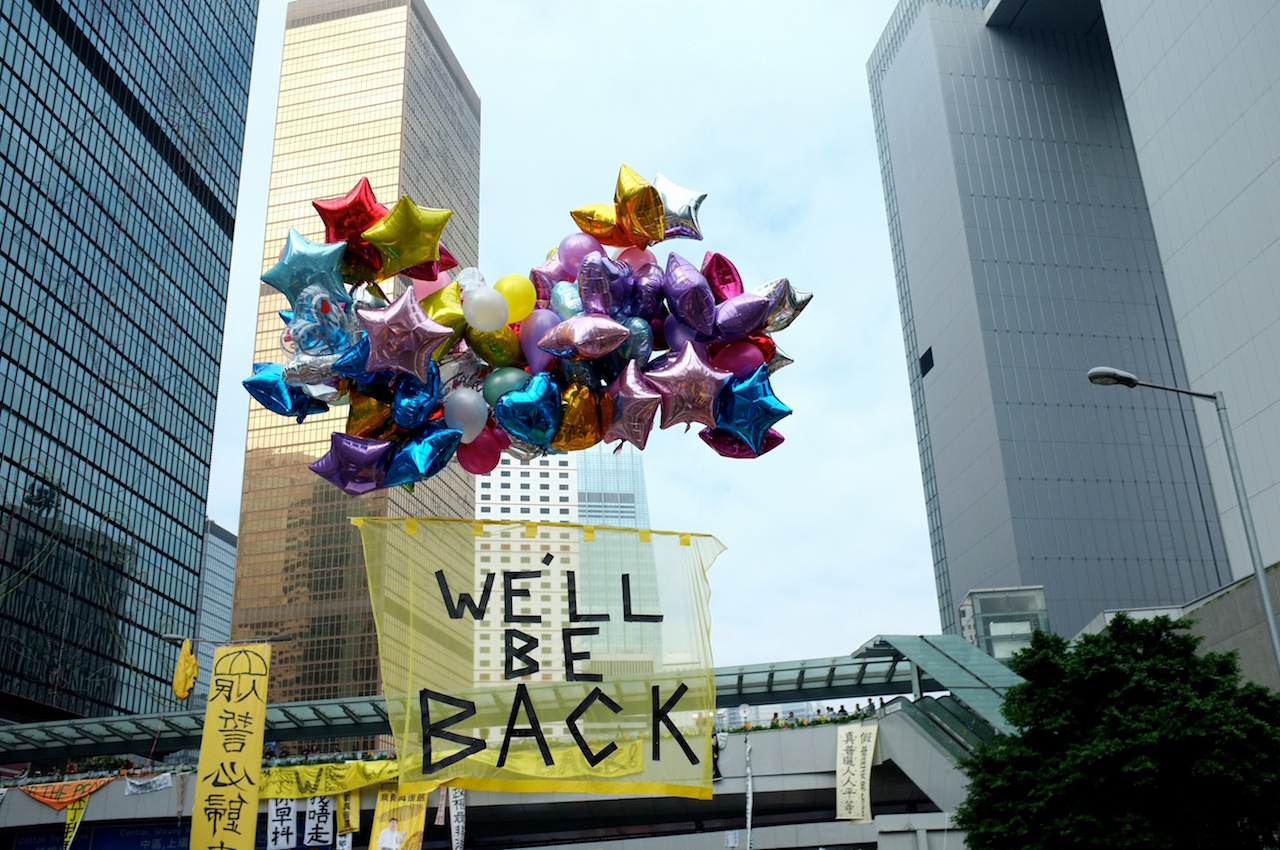 The last days of the Umbrella Movement in 2014. Photo credit: melanie_ko/WikiCommons/CC

Public attention focused on well-known protesters may have the effect of shorter sentencing for such individuals, whereas lesser known protesters may have harsher sentences handed down to them. But it is also possible that the Hong Kong government will decide that it needs to make an example of prominent activists. One notes, for example, that Joshua Wong, Nathan Law, and Alex Wong were originally only sentenced to several hours of community service before the Hong Kong government decided that these sentences were too light.

To this extent, however, one observes that public outrage regarding the sentencing of the Umbrella Nine seems to be stronger compared to past sentencing of even prominent youth activists such as Joshua Wong. Indeed, Wong’s arrest by police during a protest at Civic Square was a critical impetus behind the outrage of the Umbrella Movement. It may simply be that the accumulated effect of these repeated sentencings has built up sufficient outrage for mobilizations by the Hong Kong public.

It still seems unlikely as to the outbreak of protests in Hong Kong on the scale of the Umbrella Movement, seeing protest attendees only number in the hundreds, much less the thousands of hundreds of thousands. Nevertheless, protest movements such as the Umbrella Movement in Hong Kong or the Sunflower Movement in Taiwan sometimes only begin with several hundred people undertaking an action which sets off the public at large. It is to be seen whether such conditions are again coming to exist in Hong Kong.