1.7 Million Demonstrate in Hong Kong on Sunday, with an Unexpected Lack of Police Violence

HONG KONGERS took the streets yesterday in what was likely the largest demonstration since June, when the protests that have rocked the city for the past two months first began. According to organizers, over 1.7 million individuals participated in the demonstrations Sunday, marching from Causeway Bay to Central. 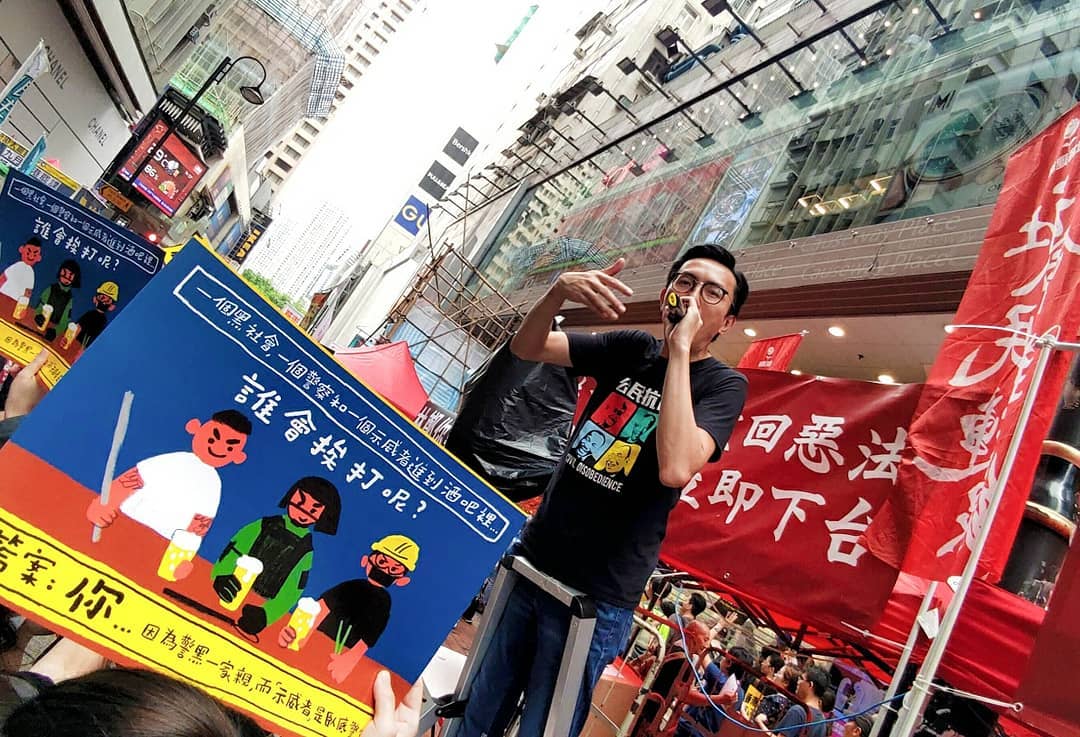 The march was called for by the Civil Human Rights Front, the primary organizer of most of the mass demonstrations which have taken place to date. The three demonstrations which have which organizers claim to have broken one million participants to date, including yesterday’s demonstration, were all called for by the Civil Human Rights Front. Demonstrators emphasized ahead of time that in the event of police actions against demonstrators, they would adopt the “Be like water” high-mobility tactic of continually moving to keep ahead of the police.

Yesterday’s demonstration takes place as part of the 11th week of protests to date. Evidently, the will of Hong Kongers to continue demonstrating has not been broken despite how long demonstrations have gone on. A preceding demonstration on Friday in Chater Garden, similarly, drew 60,000 participants.

It is unusual that police did not take violent actions against demonstrators, despite the fact that the march was technically illegal, when they have otherwise been happy to aggressively attack demonstrators. A demonstration in support of police also took place on Saturday, with organizers claiming 476,000 attended, although some have disputed such attendance numbers. 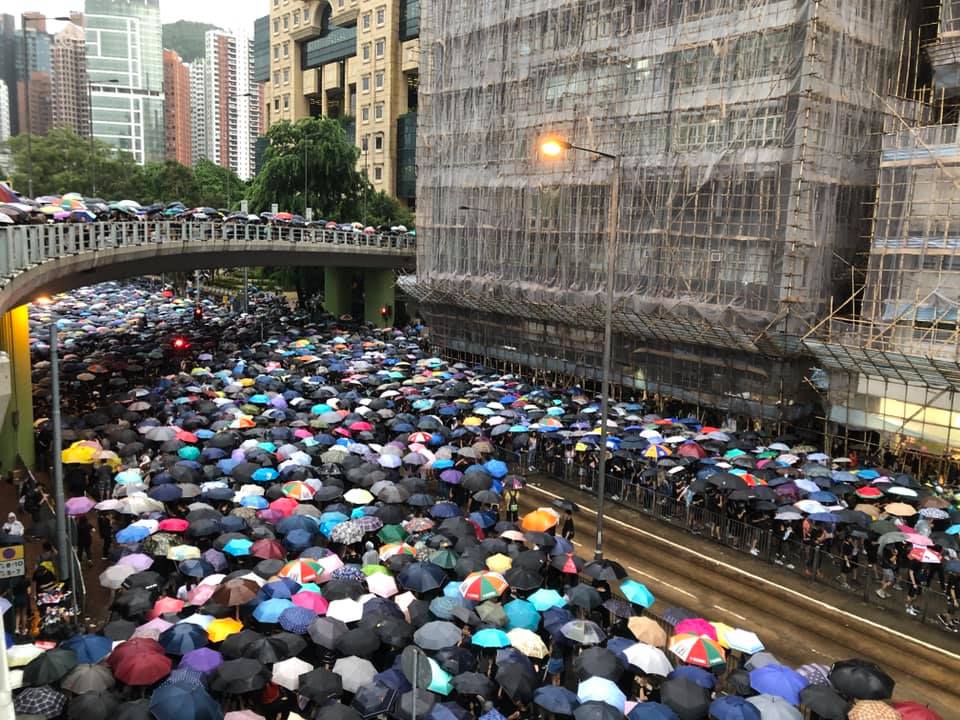 Clashes with police do, in fact, continue to occur, as evidenced in demonstrations in Mong Kok on Saturday involving the encirclement of police stations. However, it is possible that after last week’s police violence, in which police shot out the eye of a demonstration with a bean bag, and took violent actions against an attempted occupation of Hong Kong International Airport, police did not want to escalate the situation, which would have likely provoked further blowback against them. That yesterday’s demonstration involved close to two million participants was likely another discouraging factor, although newly deployed police water cannon vehicles were sighted at the demonstration.

Indeed, some of the actions taken during last week’s airport siege proved controversial, particularly regarding a man accused of being an undercover police officer that was detained by protesters and a Global Times reporter. Some demonstrators later took to the Internet to express remorse for their actions. Nonetheless, the incident was not one splitting of the movement, with demonstrators orienting toward peaceful tactics expressing gratitude to more aggressive frontline demonstrators for acting as their shields online, and calls for more aggressive and more peaceful protesters to continue to coordinate, through tactics such as allowing daytime demonstrations to be peaceful, then turning over control of the situation to more aggressive protesters after nightfall. One nineteen-year-old man has been arrested in connection to the detention of the Global Times reporter.

In the meantime, videos continue to be released of Chinese paramilitary drills across the border in Guangdong, with the presence of armored personnel carriers in a sports facility Shenzhen now confirmed through on-site investigations and satellite imagery, and a reported buildup of paramilitary forces on the border. Former secretary for justice Elsie Leung Oi-sie also claimed in public remarks that deploying the People’s Liberation Army (PLA) in Hong Kong would not violate “One Country, Two Systems”.

At the same time, some signs of de-escalation in Chinese rhetoric are perhaps also visible, with state-run propaganda outlet Global Times claiming that violence in Hong Kong protests has declined due to the drills, despite that Global Times editor-in-chief Hu Xijin previously called for shooting protesters to death. The Chinese State Council has also called for the economic integration of Hong Kong with Shenzhen and Macau, perhaps hoping that providing Hong Kong with economic incentives and achieving the economic integration of Hong Kong and China will be sufficient to quell protests, a strategy broadly adopted by China. China is likely to want the protests to be over by the time of the 70th anniversary of the PRC’s founding in October but also does not wish for Hong Kong to become an issue disruptive to US-China trade talks.

Cartoon of a more peaceful and more aggressive, black bloc style protester trading off roles, as the former tags out to the latter. Photo credit: 龍將軍－美漫以外

Likewise, Hong Kong police have also broken from the rhetoric by China’s Hong Kong and Macau Affairs Council (HKMAO) and the Chinese Ministry of Defense by stating that they are sufficient to handle protests and that there is no need for military intervention. However, it would be expecting too much to see this as a split in the Hong Kong police from Beijing’s rhetoric, as some have attempted to claim. For one, it is sociologically rare for police forces to defy the governments they serve—on the contrary, in the history of revolutionary situations, it is more common for the army to break from the government than the police, though that the PLA is composed of Chinese nationals and not Hong Kongers makes the question a moot one.

And it has generally been to the advantage of the Chinese government to be strategically ambiguous about the possibility of whether it would intervene or not, as observed in conflicting statements in the past from the Chinese Ministry of Defense, the PLA garrison in Hong Kong, and the HKMAO. Hong Kong police have been accused of sneaking Chinese police into their ranks for the last few weeks, but such reports remain unconfirmed.

To this extent, Hong Kong’s oligarch class seems to be panicking about the protests, as observed in a newspaper ad run by Li Ka-shing, Hong Kong’s richest man, in the front page ads of several Hong Kong newspapers last week. But Hong Kong protesters have also sought to adopt means of economically pressuring China, as observed in an action to withdrawing cash en masse from ATMs and convert the currency into USD as a means of disrupting the banking system. 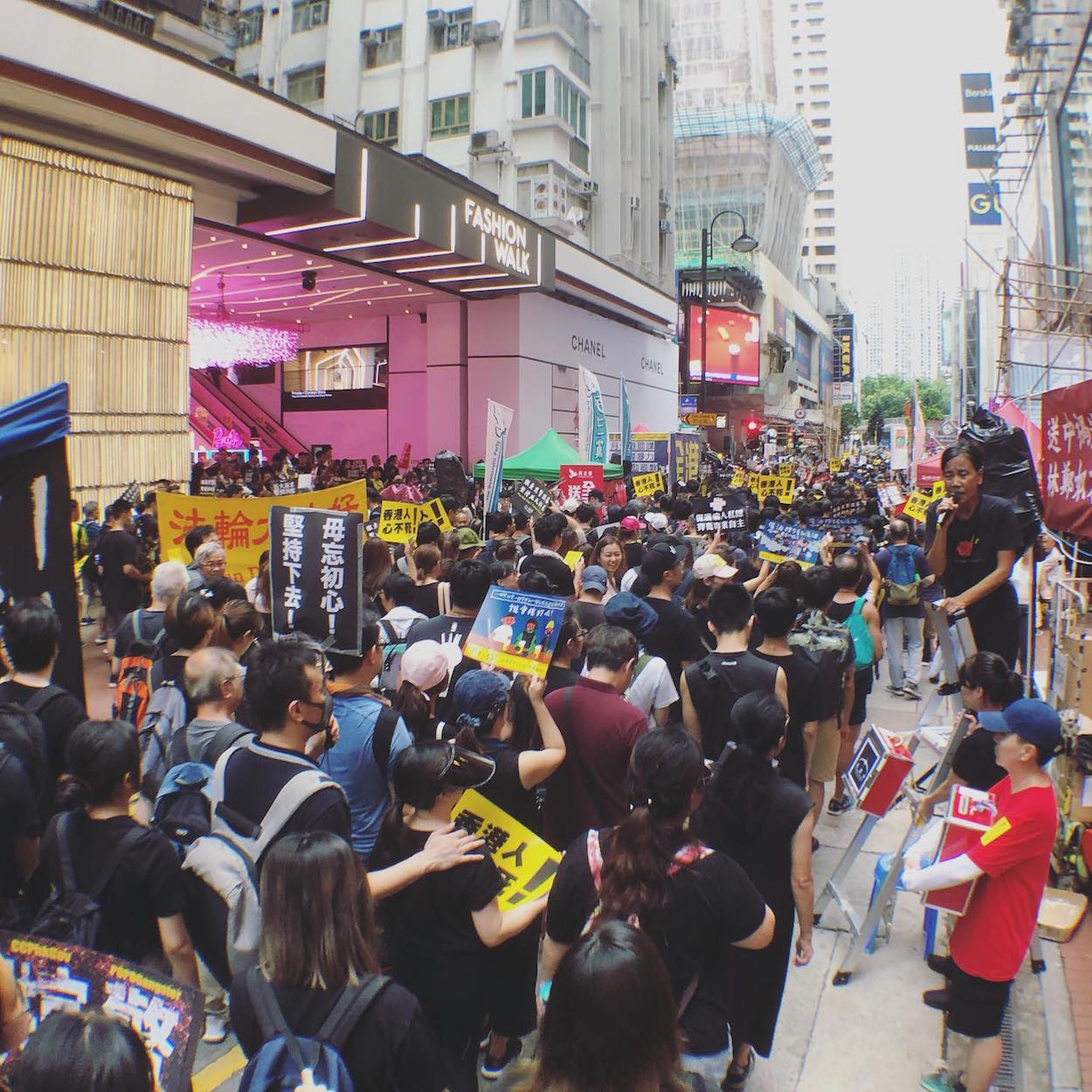 In the meantime, protests will continue in Hong Kong, with the next major planned action being a hand-holding activity to take place across the whole of Hong Kong on Friday as called for on the online forum LIHKG, a critical nerve center of demonstrations to date. It is hoped that this will involve millions of participants, as a deliberate callback to the Baltic Way, a 1989 demonstration involving close to two million individuals holding hands in Soviet Union-occupied Estonia, Latvia, and Lithuania. And as observed in a global day of action also took place in support of Hong Kong internationally on Saturday and a campaign to crowdfund to place ads in international newspapers regarding the protests that raised close to 2 million USD in just a few hours, efforts to raise international awareness of Hong Kong continue to take place.