TAIPEI MAYOR KO WEN-JE has again sought to attack the Tsai administration as attempting to sabotage his mayoral administration, this time regarding approval for the Taipei Dome. Ko most likely has his eyes on finishing the construction of the Taipei Dome during his tenure, in order that he can tout it as an accomplishment for future political endeavors.

The Taipei Dome is an issue that Ko has, notably, reversed course on in the course of his tenure. Ko originally opposed the construction of the Taipei Dome, which is to be built by the Farglory Group, one of Taiwan’s wealthiest companies. The dome costs 37 billion NT and has been under construction since October 2011, dating to the mayoral administration of Hau Lung-bin of the KMT.

The construction of the Taipei Dome had long been opposed by local activists, who were critical of Farglory for having enlarged plans for the dome and because its construction threatened historic trees in the area. Likewise, there were concerns that the dome could have on the local neighborhood, particularly if construction for it proved unsafe. 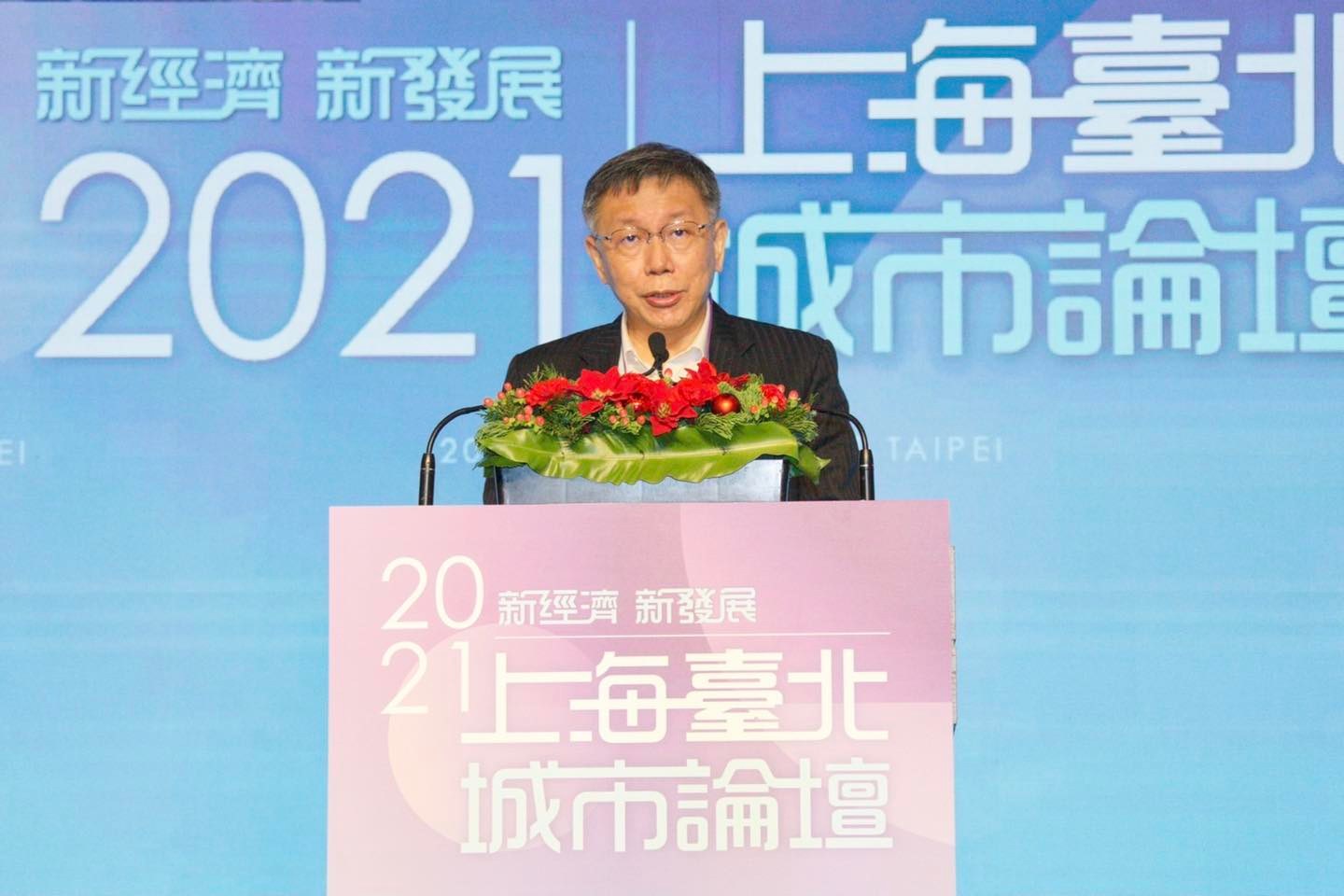 Though Ko took office promising to halt the construction of the Taipei Dome, after many years of back and forth, he was unable to. Since then, Ko has been accused of trying to push for the dome’s speedy completion, so that it can be credited to him. Ko currently claims that, even if he did not manage to halt its construction, construction plans for the Taipei Dome were improved so as to make the dome into an emergency shelter. The Taipei city government signed off on such plans last year.

While it was originally anticipated that construction for the Taipei Dome would finish by the end of the year, the Construction and Planning Agency has suggested that the approval process for the dome will take longer. As such, the Taipei Dome may only be completed after Ko’s term ends, meaning that its construction will have stretched out across three mayoral administrations.

Nevertheless, Ko has directly criticized the Construction and Planning Agency as acting on behalf of the Tsai administration and making it so that the dome’s approval will be delayed. This would be a way of preventing Ko from gaining the political credit of having finally completed the Taipei Dome’s construction.

While Ko was originally elected in 2014 with the endorsement of the DPP, which did not run its own candidate, relations have soured in the years since. Controversy broke out in Ko’s first term over cross-strait city-based exchanges conducted by Ko between Shanghai and Taiwan, continuing to defend the exchanges even after an incident in which pro-unification gangsters attacked pro-independence student demonstrators at an event on the NTU campus. However, relations further soured after the DPP ran its own candidate in the 2018 mayoral elections instead of endorsing Ko as before. 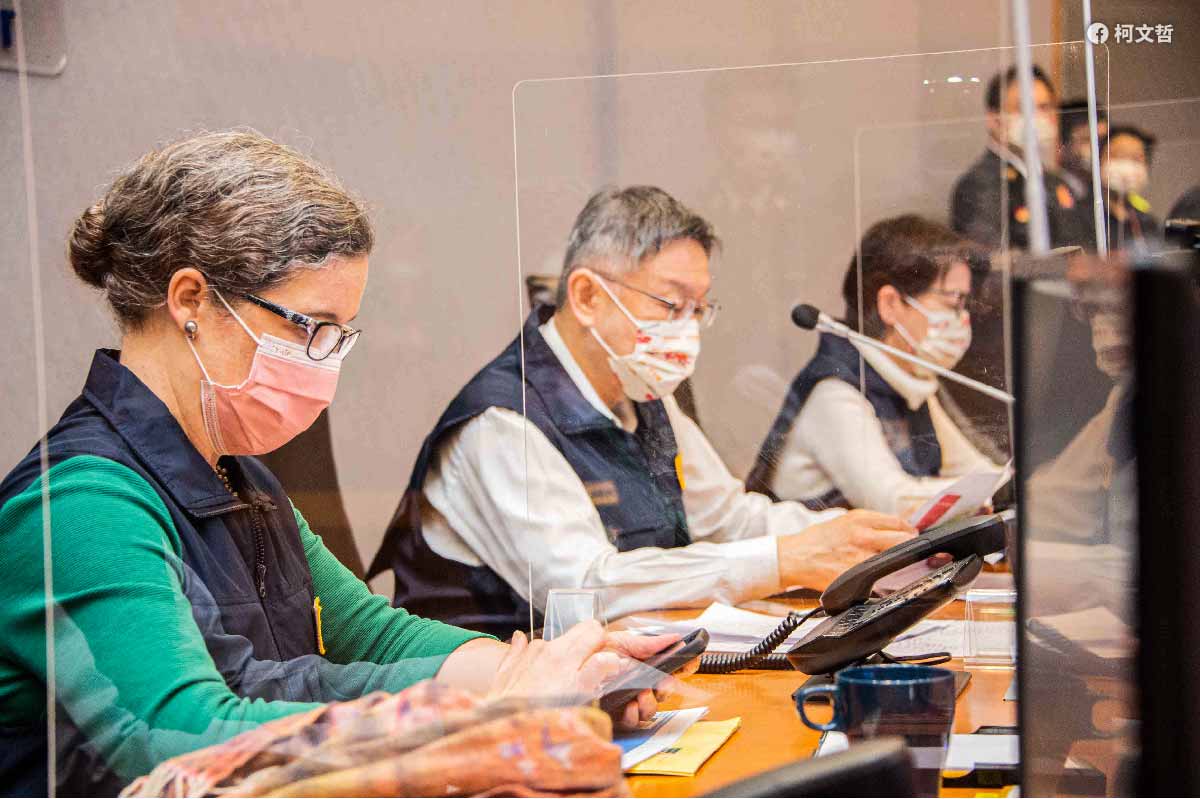 In particular, Ko has been increasingly strident in his attacks on the Tsai administration in the past few years. This was particularly visible during the COVID-19 outbreak that began in Taiwan in May of last year, in which Ko often accused the Tsai administration and Central Epidemic Command Center (CECC) that manages Taiwan’s COVID-19 response of seeking to undermine Taipei’s COVID response. This included accusing the Tsai administration of hoarding vaccines and not distributing enough vaccines to Taipei, which along with New Taipei was the hardest hit by the outbreak. The Taipei city government also criticized the Tsai administration for too maturely lifting or upgrading alert levels, sometimes declining to lift the alert level after the CECC emphasized that this was possible, or announcing that it would increase the alert level to beyond the CECC’s recommendations, claiming that the CECC was taking risks with the health of citizens.

Other attacks by Ko have centered on Control Yuan head Chen Chu, who previously served as secretary-general of the Presidential Office, referring to Chen as a “fat sow”. Members of Ko’s political party, the Taiwan People’s Party, have continued body-shaming comments directed at Chen, attracting controversy because of Chen’s history as a political dissident during the democracy movement. One expects attempts by Ko to attack the DPP to continue, even as the TPP may face issues about whether the KMT is willing to align with the smaller pan-Blue party going forward.