AN ABORTIVE ALLIANCE between Taipei mayor Ko Wen-je, former KMT majority speaker Wang Jinpyng, and FoxConn CEO Terry Gou seems to have sputtered out, following comments by Ko in which he denigrated the other two before a planned meeting that was to take place last Sunday. Following Ko’s comments, in which he suggested that Gou was politically corrupt and that Wang was politically manipulative, Wang did not appear at the meeting. 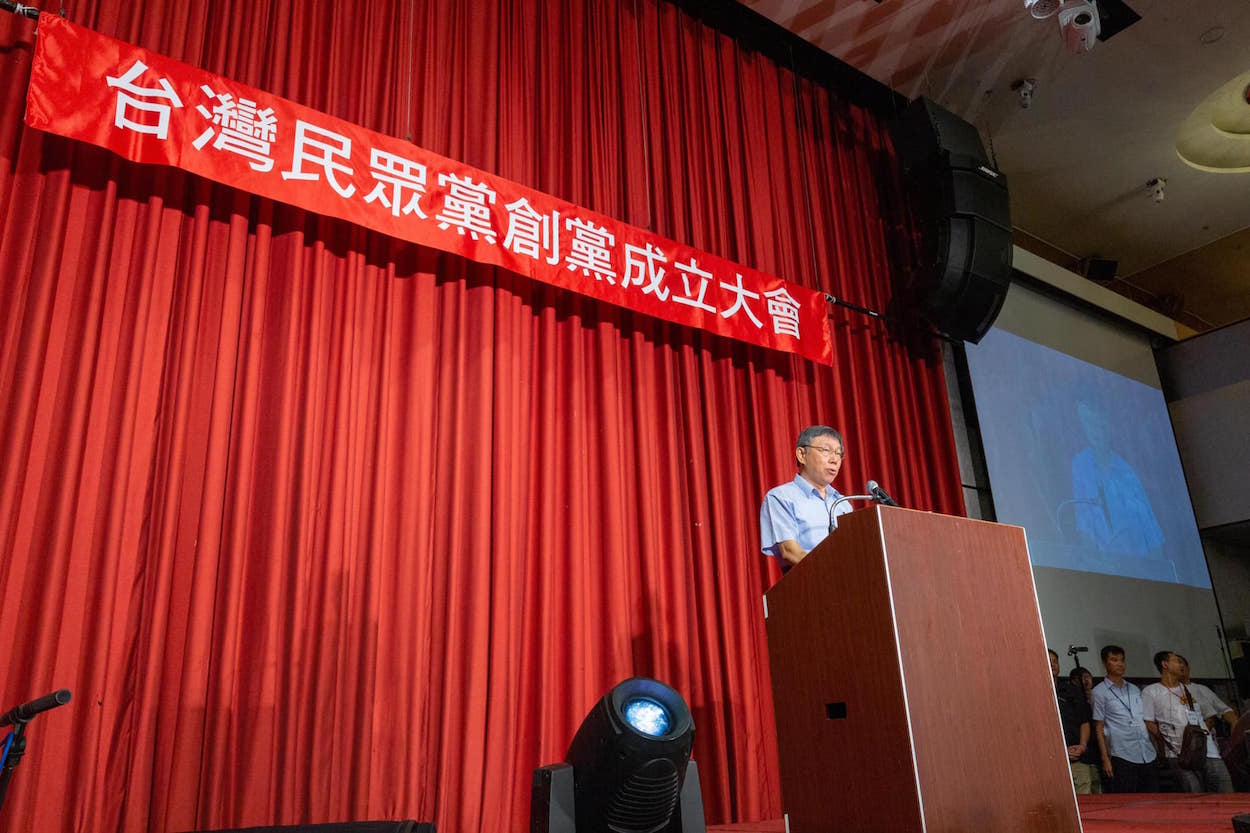 In this prospective alliance, it was always a mystery as to which one of the three would run for president and who would serve as vice president, though Ko suggested that he would be willing to subordinate himself to Gou by stating that he hoped to see Gou as president of Taiwan. Ko also seems to have managed to insult Want Want Group chair Tsai Eng-meng, the owner of a powerful media empire in Taiwan, something that could be highly damaging to Ko’s electoral chances. Han Kuo-yu’s viral fame, for example, is thought in part to be due to non-stop coverage of Han by Want Want-owned media outlets.

As such, despite much media speculation ahead of the meeting that the three would unite for an independent presidential run that could potentially disrupt the plans of both the KMT and DPP, the possibility of this political alliance forming now seems much lower. It is still possible that the three may still align and all three claim that they are still open to cooperation, yet much speculation has shifted to that Ko’s newly formed Taiwan People’s Party (TPP) is intended not to prepare for a 2020 presidential run, but for a 2024 presidential run.

The TPP running legislators, then, may be with the aim of building the mobilization network that Ko would need for such an eventual run. The TPP will be running over thirty legislative candidates, aiming high in the hopes of winning as many seats as possible. 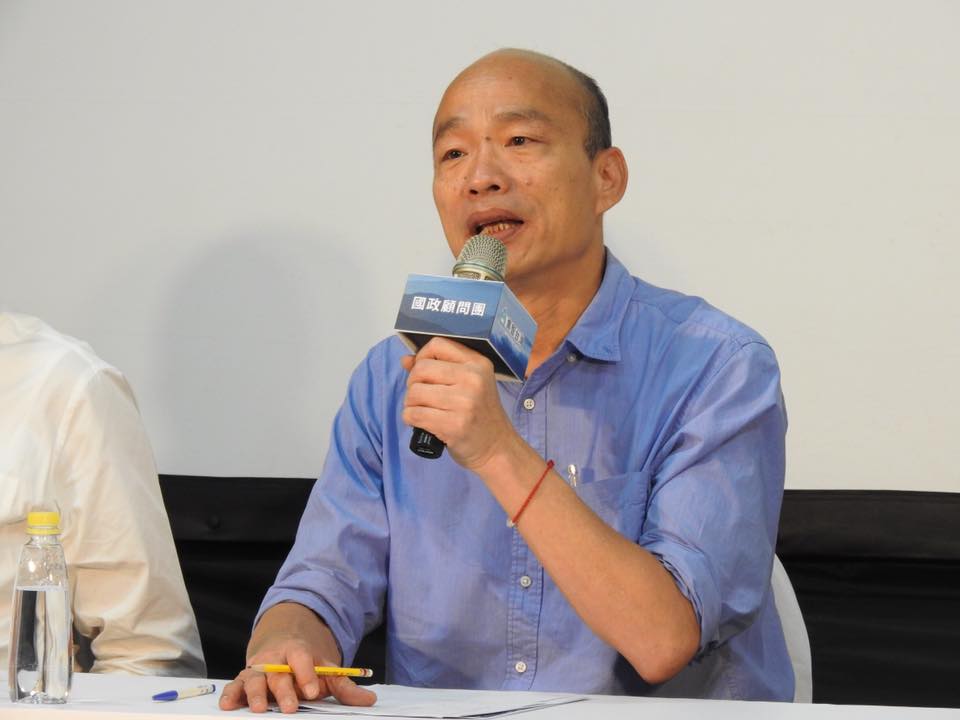 Han has been publicly criticized by KMT members including former Kaohsiung County Magistrate Yang Chiu-hsing, Kaohsiung KMT member Ao Po-sheng, Central Review Committee members Chen Hung-chang and Chao Shou-po. Most criticisms revolve on accusations that Han is prone to drinking, gambling, or womanizing, with Yang Chiu-hsing in particular telling media that Han has a mistress and goes to nightclubs.

These public criticisms led the KMT Central Standing Committee to pass a resolution calling for the expulsion of members who break from party discipline and publicly criticize Han, an unusual step. Yang Chiu-hsing, who had helped Han campaign during nine-in-one elections in November of last year and so has attracted the most attention for his public criticisms of Han, later quit the party preemptively before he could be expelled.

Perhaps more significantly, New Taipei mayor Hou You-yi and Taichung mayor Lu Shiow-yen seem unusually reluctant to campaign for Han, both refusing to accept responsibility for running Han’s campaign in their respective cities after asked to do so by the KMT Central Committee. Early signs of a split between Hou and Han, who may hope to break away from the KMT and flirted with joining the DPP before he joined the KMT, were visible after Hou did not appear at the ceremony held to commemorate Han as the KMT’s presidential candidate.

At the same time, the party has attempted to shore up public shows of faith in Han, with a one-hundred member policy advisory committee, drawing a great deal from individuals part of the Ma administration, formed to back Han. This likely illustrates continued faith from the party establishment in Han, as well as what may be an attempt to reassure the public that Han—who has acquired a reputation for frequently failing to recall the concrete details of policy—will have individuals in his administration able to draw up policy proposals in a way that Han may be unable to. 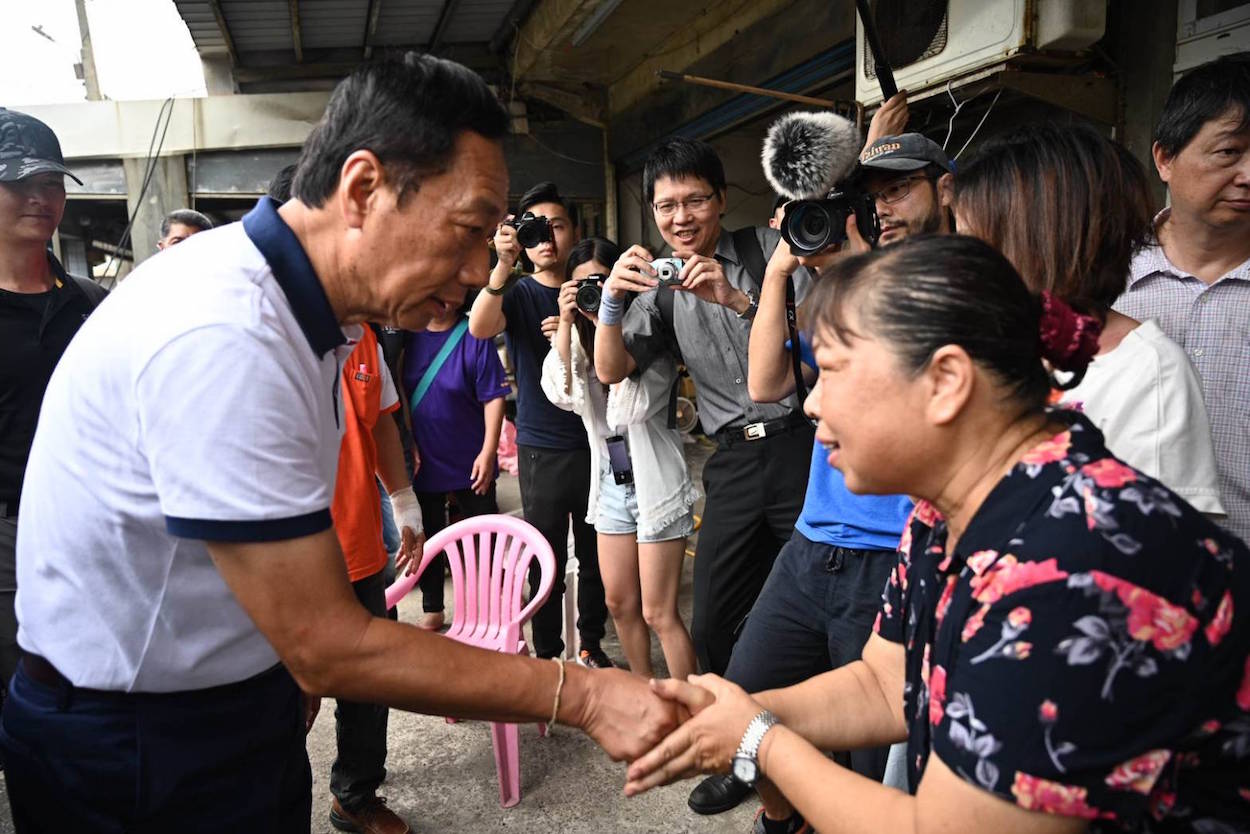 If Han were to be replaced as the KMT’s candidate based on the past precedent of Eric Chu replacing Hung Hsiu-chu, despite that his polling numbers have not yet taken any downward turn as Hung’s did before her replacement, it is possible that Terry Gou would be called on to replace Han. Gou has remained mum on whether he intends to return the KMT, though party leaders have said that they hope for him to return. To this extent, Gou’s decision regarding whether to align with Ko Wen-je and Wang Jinpyng for an independent run or not will no doubt be influenced by the knowledge that he could potentially replace Han.

Another possibility would be current party chair Wu Den-yih running for president. While Wu long since had presidential ambitions, Wu’s presidential aspirations became foreclosed relatively early in the election cycle. But in the absence of any stronger alternatives, Wu could potentially replace Han—even if Wu is likely do poorly when it comes to actual elections. That being said, in order to avoid Han—who is viewed as a highly unconventional politician even in the KMT—gaining control of the party, the party’s internal regulations were recently changed so that the party chair cannot also be the president.

Much remains uncertain going forward regarding 2020 Taiwanese presidential elections, then.