The Rise And Fall Of Ko Wen-Je?

IT MAY BE that Ko Wen-Je will be, going forward, increasingly be seen as a turncoat by the pan-Green camp following the controversy over Ko’s defense of the Sing! China event which took place in Taipei as the result of city-level exchanges that Ko has been conducting with China. Ko’s defense of the event is despite suspicions that China engineered violent attacks on National Taiwan University students and pro-independence demonstrators at the event.

Indeed, while outrage had followed previously over the confiscation of Taiwanese flags at the Taipei 2017 Summer Universiade by Taipei police and Taiwan being forced to compete under the name “Chinese Taipei,” this was less seen as an event that Ko was personally responsible for. Likewise, the acts of violence which took place at the Sing! China event were several degrees of magnitude more severe than anything which occurred at the Taipei 2017 Summer Universiade, and there are indications that China may have worked together with pro-China groups with ties to organized crime and the Taipei city police at the Sing! China event. 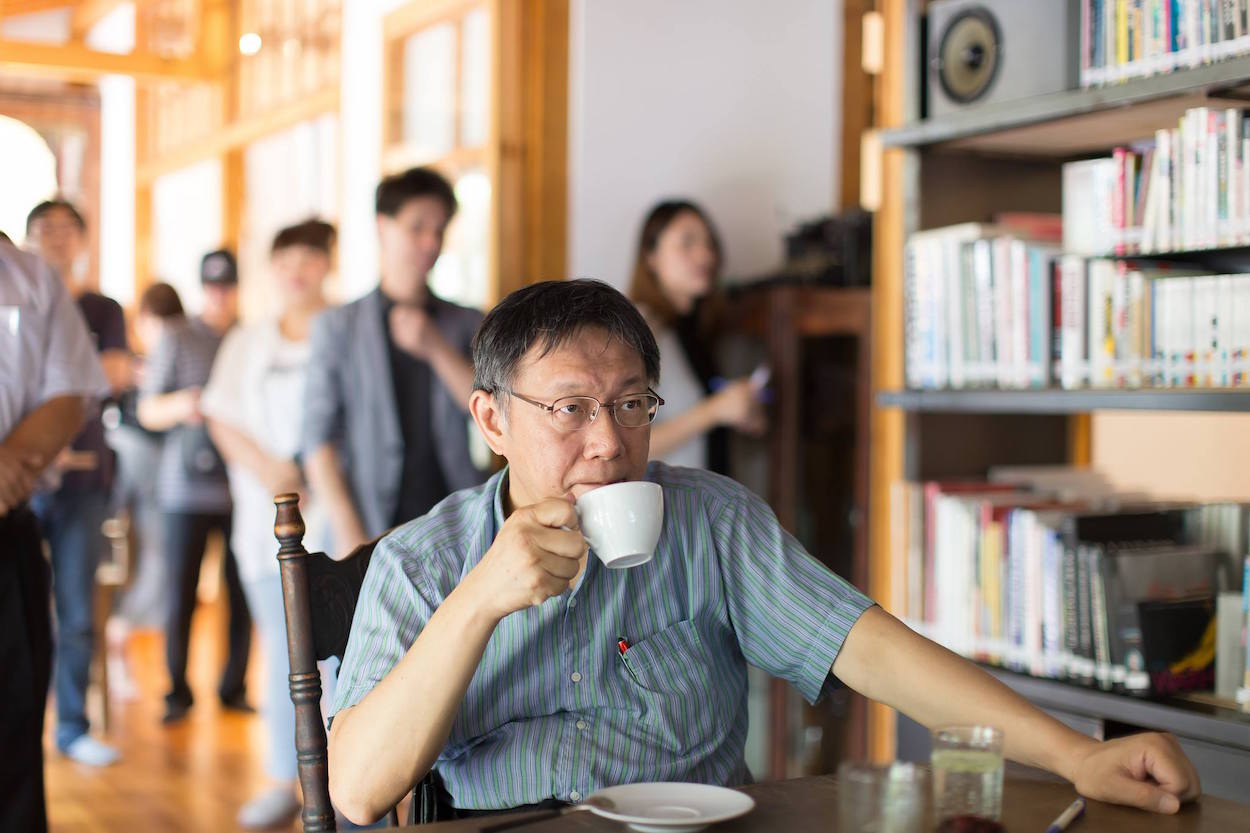 Ko has further provoked outrage among the pan-Green camp after the event with claims on a talk show that imprisoned former Taiwanese president Chen Shui-Bian was initially faking his illness in order to be released from prison on medical parole, but later became sick. Ko was a convenor of Chen’s medical team and Chen’s medical team, which originally was one of the groups urging for Chen’s release on medical parole, has since announced that they have kicked Ko out, as well as claiming that Ko only attended meetings of the medical team once or twice a year.

And splits between Ko and the DPP may be hardening, as observed in Ko seemingly exchanging harsh words with Ministry of the Interior Yeh Jiunn-rong at an annual event to commemorate Confucius’ birthday at the Confucius Temple in Taipei. Ko was seemingly upset about the Ministry of the Interior superseding his authority to replace Taipei police commissioner Chiu Feng-kuang with Taichung police commissioner Chen Jia-chang. 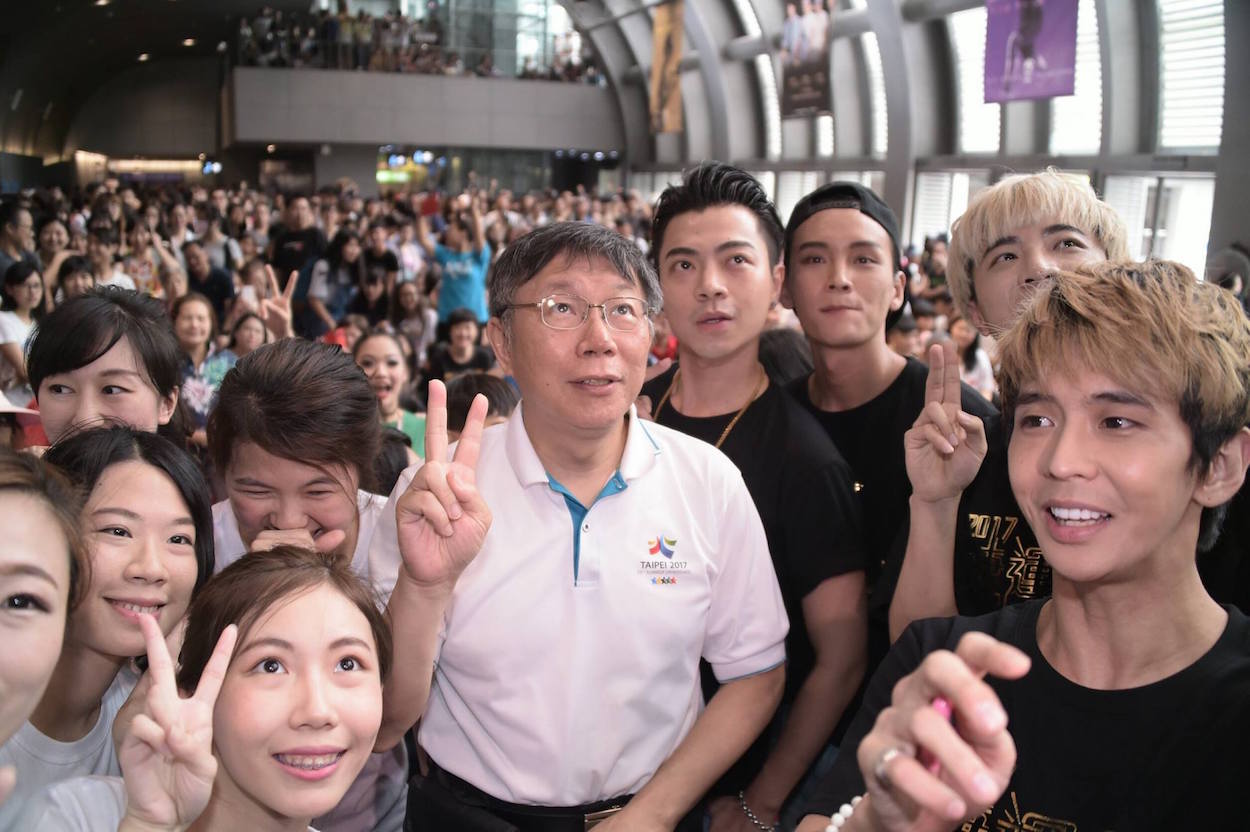 As such, many view this reshuffle as punishment against Chiu for his mishandling of the Taipei 2017 Summer Universiade and a slight against Ko. Along with accusations that Taipei police took a lax hand to pro-China gangsters at the Sing! China event, with netizens unearthing evidence of ties between some of the attackers and the Taipei city police department, Taipei city police were also perceived as having allowed demonstrators against pension reform of a decidedly pan-Blue political slant to disrupt the opening ceremonies of the Taipei 2017 Summer Universiade, seeing as police also stand to be affected by the Tsai administration’s pension reforms and sometimes perceived to politically lean towards the KMT as the antagonists of Taiwanese civil society in recent years.

Indeed, the split between Ko Wen-Je and the DPP at this present political juncture is ironic, seeing as in its recent National Congress, the DPP recently left open the possibility of backing Ko in 2018, when Ko would be up for reelection. And despite the setbacks of the Taipei 2017 Summer Universiade, Ko had reached an approval rating surpassing even that of Taiwanese president Tsai Ing-Wen. This led to the speculation that Ko might seek to run for president as a third party candidate, much in the manner of James Soong before him, even if Ko would lack party or institutional backing in any presidential bid.

Nevertheless, it remains to be seen how recent controversies will affect Ko’s approval rating, as well as whether this influence Ko’s future political course of action. Ko was deemed a candidate “beyond blue and green” political divisions in 2014 elections and he was put into office by post-Sunflower movement youth activists with the view that he would be a pro-Taiwan candidate that was not beholden to the institutional backing of the DPP and its entrenched interests, particularly because Ko was a political newcomer with no previous experience of politics.

But in the years since, Ko’s being “beyond blue and green” is increasingly seen as a form of idiosyncratically hewing to positions of the pan-Blue and pan-Green camp alike and the Taiwanese public has less faith that behind all his idiosyncrasies, Ko has Taiwan’s best interests at heart. This would be through expressing admiration for former dictator Chiang Ching-Kuo, a friendship with deep Blue politician James Soong, and his city-level exchanges with Shanghai in which Ko has claimed that both Taiwanese and Chinese are family across both sides of the straits and share a common destiny as a people.

Despite recent setbacks, Ko still commands his loyal voters. However, Taiwanese youth activism and civil society would have turned on Ko as of late. We will see if the rest of Taiwanese society follows suit. Ko’s popularity ratings notably fluctuate dramatically, with Ko seen last year as one of Taiwan’s most unpopular politicians and seen only shortly before the Sing! China scandal as one of Taiwan’s most popular politicians, and so future trends will be hard to predict.