The Taipei Dome is a project that has been controversial on a number of fronts. For example, attempts by the city government to remove historic trees that were on the site of the dome’s construction were resisted by civil society activists for years. This was a prominent issue for Taiwanese civil society immediately after the 2014 Sunflower Movement, with activists maintaining an occupation on the site of the Taipei Dome’s construction to prevent attempts by the city government to cut down the trees. The political careers of more than one individual or group were launched from protests against the tree removal, including the formation of the Trees Party as a split from the Green Party, or You Yi’s candidacy as a Social Democratic Party candidate in 2018. 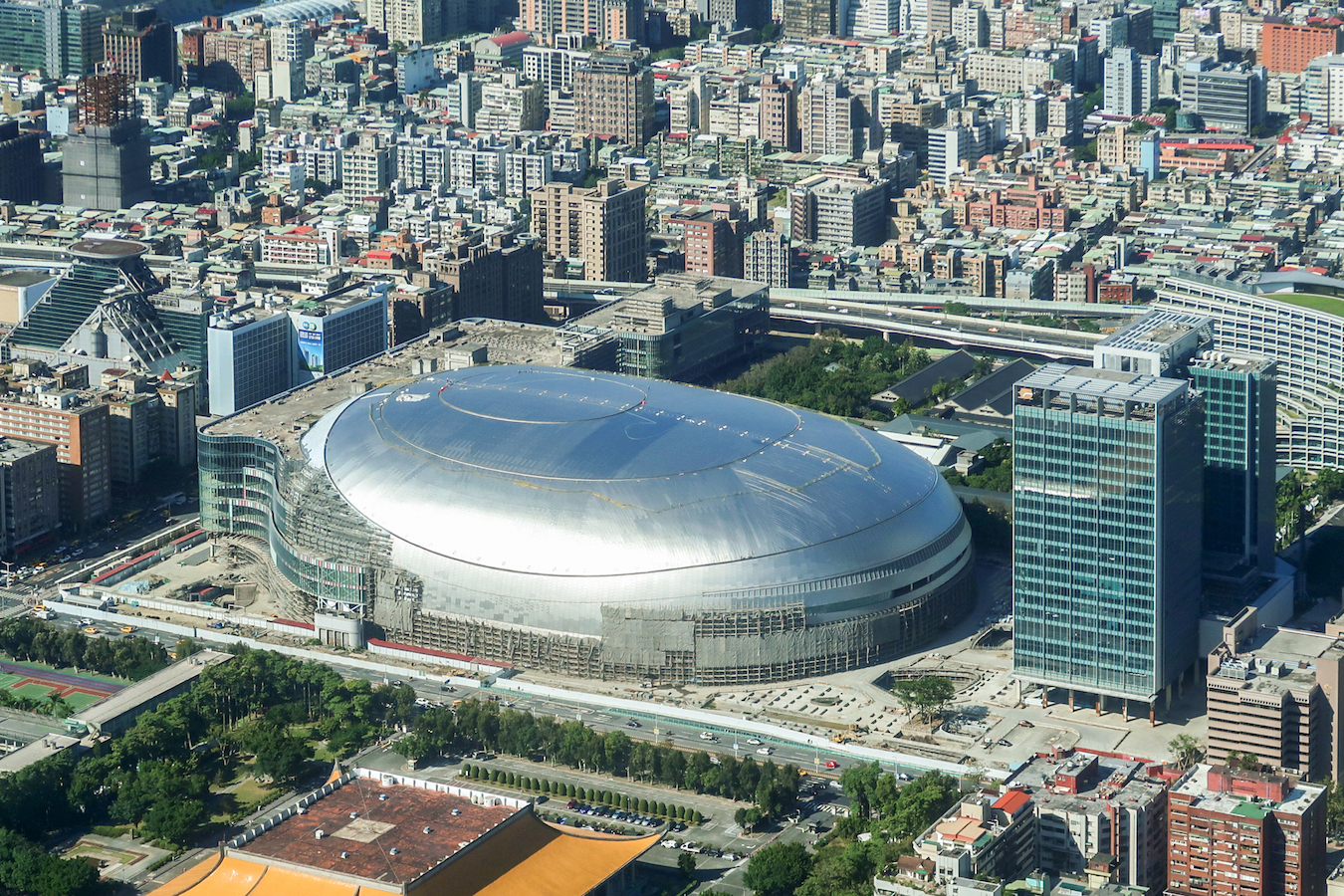 The Taipei Dome from above. Photo credit: Wpcpey/WikiCommons/CC

However, more broadly speaking, the construction of the Taipei Dome has been controversial because of longstanding allegations that the contract to build the dome was awarded to the Farglory Group through political corruption, with Farglory Group CEO Chao Teng-hsiung, a billionaire and one of the wealthiest individuals in Taiwan, accused of bribing Taipei city officials to secure bids for the Taipei Dome. Chao was found guilty in 2013 of paying bribes to officials in order to secure construction contracts for public housing projects in Taoyuan and New Taipei City, as a result of which he was sentenced to two years imprisonment and ordered to pay a 200 million NTD fine.

Controversies also resulted from the fact that plans for the construction process were changed by Farglory Group from the original plans agreed upon with the city government, resulting in an increase in the size of the structure by 10%. The Farglory Group has also been accused of cutting corners regarding safety measures intended to ensure that the structure is safe and does not present disruption to the lives of local residents, with particular focus on that construction could affect the nearby Guangfu Elementary School, the Bannan line MRT, and the Songshan Cultural and Creative Park. At one point, all members of the Taipei Dome safety review committee listed as defendants in the criminal investigation into the Taipei Dome’s construction process.

Illegal cost-cutting, not to mention corruption, in the course of infrastructure development projects is an endemic problem in Taiwan. After the bid for the Taipei Dome was awarded in 2004, the Taipei Dome was originally supposed to start construction in 2007 but finally began construction in 2011 due to delays, meaning that controversy regarding the Taipei Dome has taken place through the terms of three different Taipei mayors. This began under Ma Ying-jeou during his stint as Taipei mayor, continued under Hau Lung-bin, and then into Ko Wen-je’s political administration. 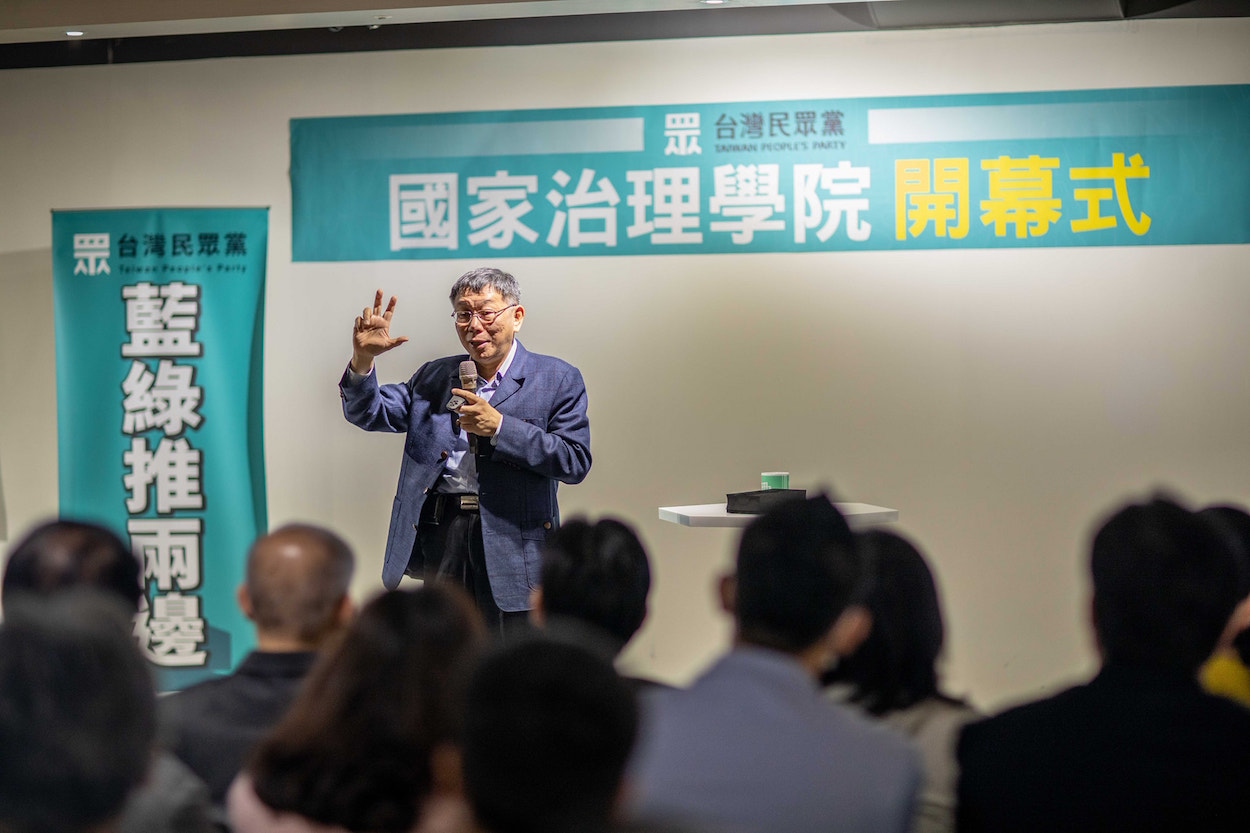 However, in the years since, Ko has been unsuccessful in forcing construction for the Taipei Dome to be halted. Ko is now accused of reversing course entirely and hoping to ensure that the dome is completed during his remaining time in office, so that he can tout the dome’s completion as a political achievement, even if this means cutting corners, or working with the Farglory Group in spite of its history of corruption.

In effect, Ko is accused of now allowing for the same practices he once criticized. This can be seen in line with the broader change in political course that Ko has been accused of, in that Ko was originally seen as a political figure closer to the pan-Green camp when he was originally elected into office, but he is now seen as something of a pan-Blue turncoat. Yet criticisms of Ko have come from the pan-Green and pan-Blue camps alike, with criticism of Ko by DPP, NPP, and KMT politicians.