THE KMT UNEXPECTEDLY reversed course on plans to conduct a cross-strait forum with the CCP earlier this week, citing anger over news reports from Chinese state-run media as the reason for doing so.

The cross-strait forum would have taken place between the two political parties on a party-to-party basis, rather than as an official exchange between the governments of the PRC and ROC. The KMT is, after all, currently the opposition party in Taiwan. Moreover, even when Taiwanese President Ma Ying-jeou met with Chinese President Xi Jinping in Singapore in November 2015—at a point in time in which the KMT controlled both the legislature and presidency—both met in their capacities as chairs of the KMT and CCP, rather than as heads of state. 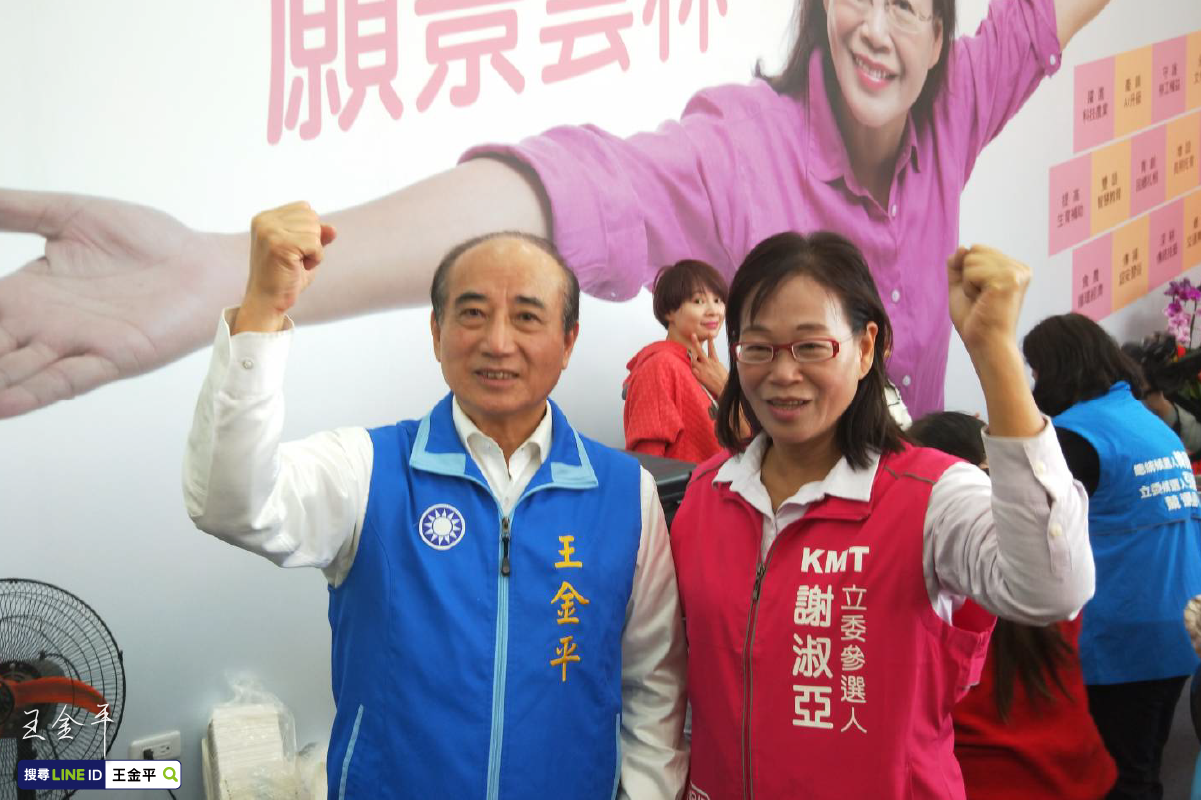 Wang Jinpyng of the KMT (left), who was to be the party’s representative at the cross-strait forum. Photo credit: Wang Jinpyng/Facebook

But the sudden cancellation of plans to conduct a cross-strait forum may be indicative of the tenuous status of the KMT at present. The week prior the KMT’s National Congress arrived at the decision that the principal values of the party were maintaining the institutions of the  ROC and adherence to the 1992 Consensus.

In particular, the KMT suing for peace at the forum would open up the KMT to accusations of treason, seeing as this would be an attempt to directly circumvent the foreign policy of the ROC state and conduct negotiations with a foreign power. The KMT has tried to float the idea of signing a peace treaty with China in past years, something that provoked fears regarding how this might endanger Taiwan’s sovereignty. To this extent, the KMT’s party-based exchanges with the CCP have led to accusations in past years that it is attempting to circumvent the authority of the central government. But while the KMT may frequently raise the specter of circumventing the ROC state in pushing for a peace treaty, actually going through on the idea would face hurdles.

But it is also not impossible that the Chinese government was, in fact, attempting to coerce the KMT into attempting to move forward with efforts at signing a peace treaty with China. Though usually otherwise happy to follow the CCP’s lead, the KMT may have been reacting against this imposition of authority from without.

Alternatively, the reason for the cross-strait exchange’s cancellation may have to do with internal party factionalism. The KMT was planning on sending former Legislative Yuan majority speaker Wang Jinpyng. Wang has historically been viewed as the leader of the comparatively pro-localization “Taiwanese” faction of the KMT, which was opposed to Ma Ying-jeou’s “Mainlander” faction. Tensions between Ma and Wang were once severe enough that Ma sought to have Wang removed from the party through legal charges, accusing Wang of colluding with then-DPP minority whip Ker Chien-ming during the “September Political Struggle” of 2013—one of the pivotal reasons for the 2014 Sunflower Movement being able to play out as long as it did was because of the split within the KMT between Ma and Wang that led to inaction from the party.

However, for a former president and party chair, Ma Ying-jeou currently is unusually dominant within the KMT at present, having proven particularly successful in pushing for the party to continue to adhere to the 1992 Consensus despite that current party chair Johnny Chiang floated the idea of dropping the 1992 Consensus when elected as party chair in March.

Chiang was elected chair, originally promising to reform the party. But efforts at reform seem to have stalled over the past six months, with the KMT gradually taking on a more overtly antagonistic relation toward the Tsai administration instead of rising above partisan in-fighting, as Chiang had promised. This seems to be tied to Ma’s growing strength within the KMT under Chiang’s term as party chair.

Much remains opaque about the cancellation of the cross-straits forum. However, seeing as the KMT is relatively opaque externally regarding its internal decision-making process, clarity may not be forthcoming.