Chen Chu Confirmed as Control Yuan Head, After Weeks of Protest by the KMT

THE APPOINTMENT of Chen Chu and 27 other individuals to the Control Yuan was confirmed today, putting an end to weeks of protracted struggle between the pan-Green and pan-Blue camps within the legislature. The Control Yuan is an oversight body that is one of the five branches of government in Taiwan. Chen was voted in by 65 votes to three votes, with two votes invalidated, and all members of the KMT abstaining from the vote as a sign of protest.

The KMT had dug its heels in against Chen’s appointment in past weeks. The KMT alleged that Chen had been corrupt during her twelve years as Kaohsiung mayor between 2006 and 2018, insisting that Chen should not be appointed an oversight body that would monitor government corruption, and pointing to cases in which Chen faced lawsuits during her mayorship. Likewise, the KMT claimed that the Tsai administration’s appointment of Chen was a highly partisan political move. Though Chen announced that she would be leaving the DPP in taking up an appointment as head of the Control Yuan in order to maintain political neutrality, Chen has long been seen as a party heavyweight of the DPP. 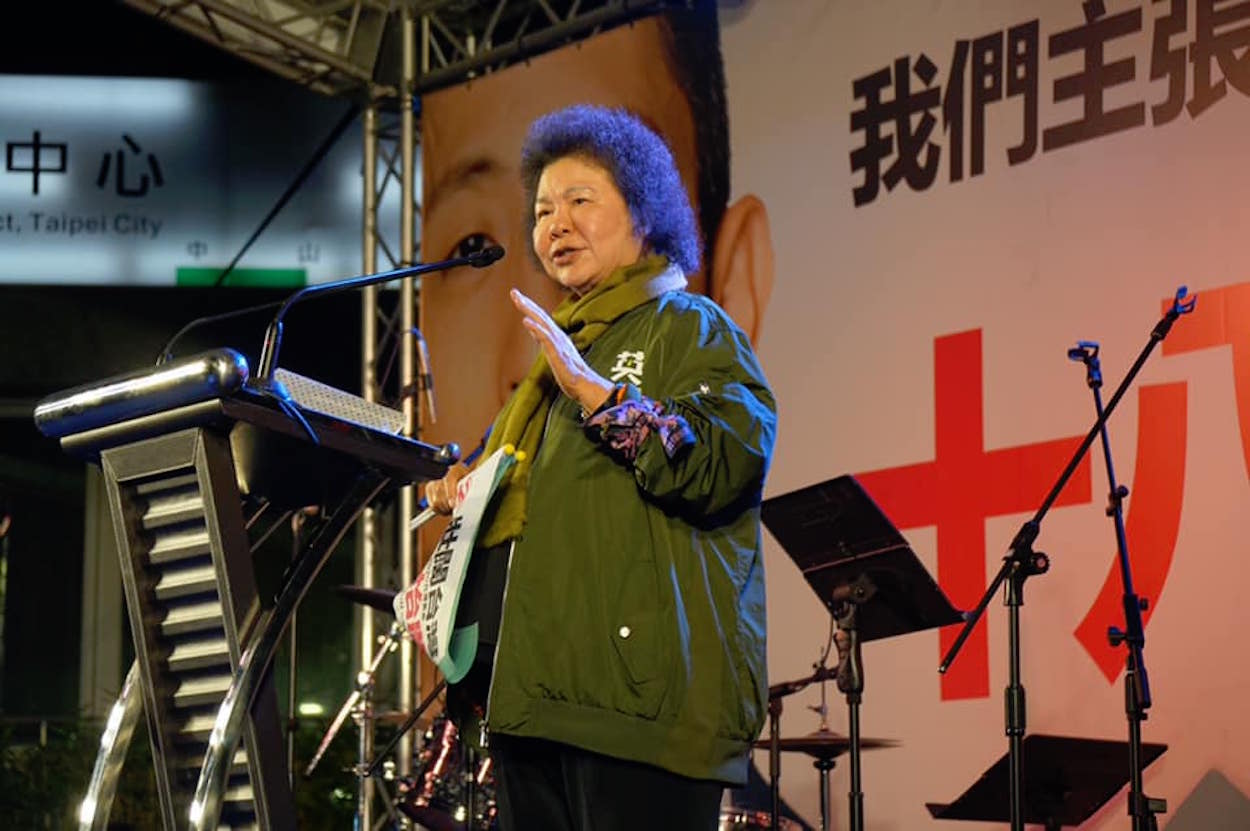 The KMT’s actions have seen strong criticisms, however. Chen Chu is a former democracy movement activist, who once faced the threat of capital punishment for her political activism and served six years in jail. Chen was one of the “Kaohsiung Eight”—eight leaders of the dangwai movement to form a second political party in Taiwan outside of the KMT that were arrested in the course of the 1979 Kaohsiung Incident.

In another political context, Chen taking up a position as head of the Control Yuan as a former political prisoner would be celebrated as a milestone in Taiwan’s democratization, particularly seeing as in her position as head of the Control Yuan, Chen will also head the recently formed National Human Rights Commission. However, seeing as the KMT still exists as a political party well into Taiwan’s democratic transition despite being the former authoritarian party, the KMT seems to begrudge Chen for her years of activism against its one-party rule.

Some have pointed out that the KMT has been seeking to persecute Chen for close to four decades. Likewise, while the KMT claimed that Chen’s appointment is a partisan one, the Tsai administration, in fact, previously caused a scandal within the pan-Green camp because it attempted to nominate former Taitung county magistrate Justin Huang of the KMT as vice head of the Control Yuan in what appeared to be a gesture toward bipartisanship. 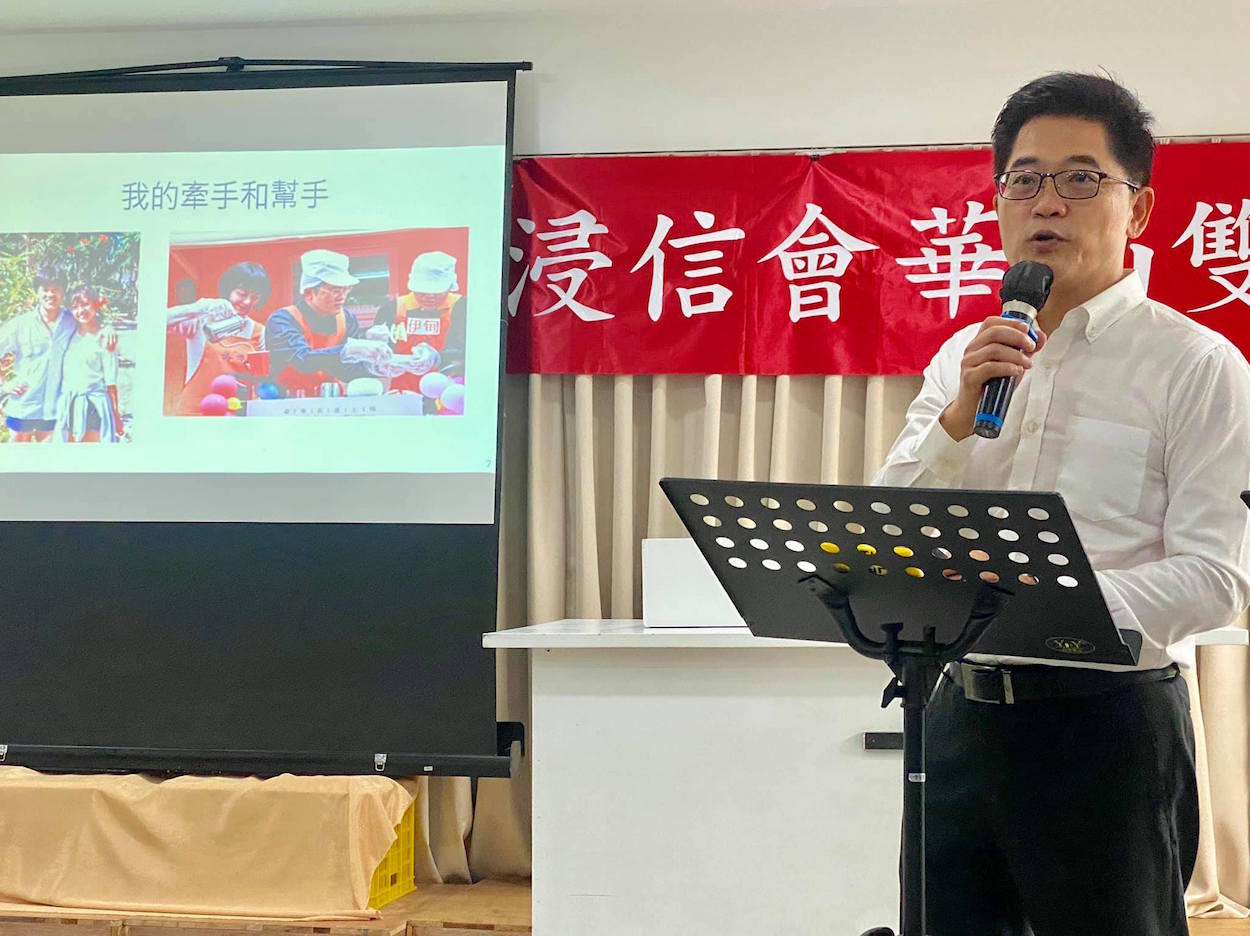 The failed occupation attempt was widely discussed as a failed attempt by the KMT at inspiring something like the 2014 Sunflower Movement. The KMT mimicked Sunflower Movement slogans such as “If the KMT does not collapse, Taiwan will not improve” (國民黨不倒，台灣不會好) with ribbons handed out outside of the legislature that read “If the DPP does not collapse, the economy will not improve” (民進黨不倒，經濟不會好), as well as through holding live streamed shows outside the Legislative Yuan similar to Indie DaDee’s “Big Bowel Blossom Forums” during the Sunflower Movement.

That the occupation attempt had been so unsuccessful was seen as reflecting the weakness of the party. While already mocked in a number of Internet memes, the KMT did not help matters afterward—KMT politicians such as Eric Chu and Hung Meng-kai inspired further mockery when they claimed that they would be taking boxing lessons to learn for next time and staged a photoshoot to that effect.

The KMT attempted several other attempts at direct action in the past week, forcing Chen Chu to call off a scheduled visit to the Legislative Yuan earlier this month. The KMT launched a second attempt at occupying the legislature on Tuesday, ahead of the planned vote on the Control Yuan nominations scheduled for Friday.

Three KMT legislators claimed to have been injured during the confrontation, while DPP legislator Fan Yun alleged sexual harassment after KMT legislator Chen Hsueh-sheng pressed his belly against her in the struggle for the podium. Chen was later criticized by women’s groups for stating, “It was not sexual harassment, as it is impossible to become pregnant from a belly.”

Similar antics occurred today before the vote for the Control Yuan nominations, with KMT legislators throwing water balloons at DPP legislators. During the struggle, in a widely circulated photo, KMT legislator Chen Yu-jen reached into independent legislator Freddy Lim’s pocket to try and steal his ballot. At one point, DPP legislators Lin Chu-yin and Chiu Yi-ying removed the KMT’s speakers in the legislature and ran away with them, leading KMT legislator Lin De-wei to attempt to kick down the door of an office to try and retrieve it. The speaker was later returned. In the course of this, around one hundred protesters assembled outside of the Legislative Yuan, clashing with police.

After the vote passed, KMT chair Johnny Chiang claimed that the vote had been a “scandal of democracy”. Continuing the KMT’s mimicry of Sunflower Movement tropes, KMT legislator Hung Meng-kai claimed that the DPP had passed the Control Yuan nominations through a “black box process”, seeing as the voting process was by a secret ballot. The KMT also claims that DPP legislator Chen Ying was allowed to vote despite not being physically present at the legislature today because of filming for a television program.

The NPP appears to have voted against Chen Chu’s nomination, claiming that the DPP’s process for nominating Control Yuan members was lacking in transparency. Similarly, the TPP abstained from the vote. Though the TPP is increasingly seen as a pan-Blue party, that the NPP also opposed the DPP’s Control Yuan nominees will be seen as reflective of how the party is seen as having drifted to some extent from its pan-Green roots. 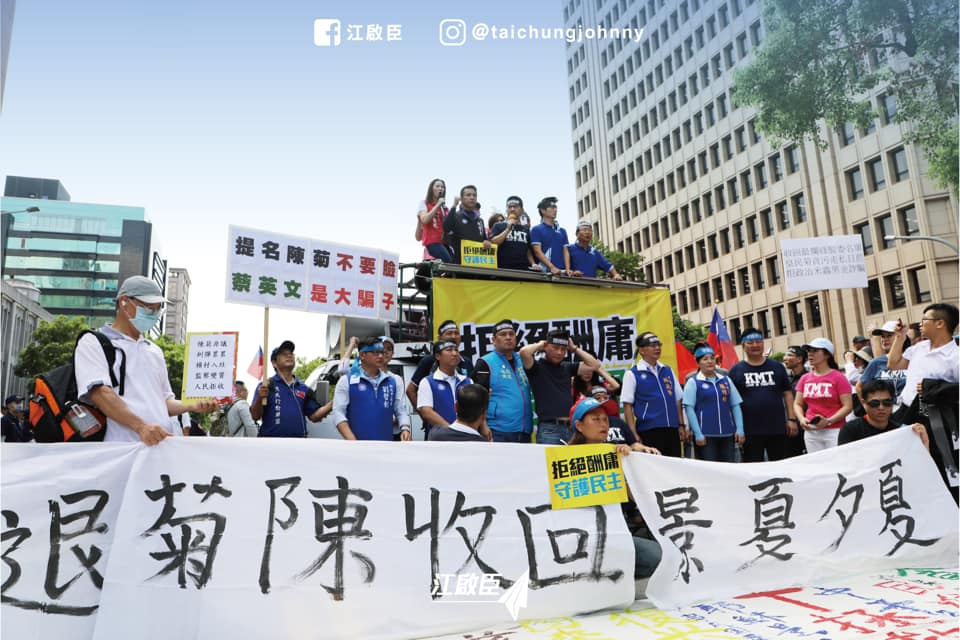 Members of the KMT opposed to Chen’s nomination outside of the Legislative Yuan. Photo credit: Johnny Chiang/Facebook

But broadly speaking, the KMT’s stark opposition to Chen Chu’s nomination illustrates the end to efforts at reform under chair Johnny Chiang. Though Chiang was elected as chair of the KMT in March, promising to change the party’s pro-China image and to rise above divisive political partisanship, the KMT has returned to simply attempting to obstruct any and all political actions of the DPP.

To begin with, KMT seemed to desperately be searching for ways to criticize the DPP, given widespread praise of the Tsai administration for its actions fighting the COVID-19 pandemic. Consequently, the KMT latched onto the issue of Chen Chu’s Control Yuan nomination.

The KMT may believe that the charge of corruption is an easy one with which to target former democracy movement activists, perhaps seeking to replicate how former president Chen Shui-bian of the DPP—who originally rose to prominence as a defense lawyer for the Kaohsiung Eight—was arrested on charges of corruption after his second term ended. Or it could be that the KMT is still hoping to replicate its last major wave of successes in 2018, when Han Kuo-yu was unexpectedly elected as mayor of Kaohsiung after Chen Chu’s resignation to take up a post as Presidential Office secretary-general. Han’s victory occurred despite Kaohsiung being traditionally seen as solid pan-Green territory. This may be the reason as to why the KMT decided to expend so much political capital on attacking Chen Chu.

Nevertheless, the KMT’s efforts to target the DPP by resisting Chen Chu’s Control Yuan nomination were highly unsuccessful. Not only did the KMT fail to achieve any political results, but it was unable to win the support of the Taiwanese public either. One expects floundering efforts by the KMT to search for issues to attack the DPP with to continue.