As the election was a by-election for the party chair after previous chair Wu Den-yih stepped down to take responsibility for the KMT’s defeats in presidential and legislative elections in January, Chiang’s term will last one year. 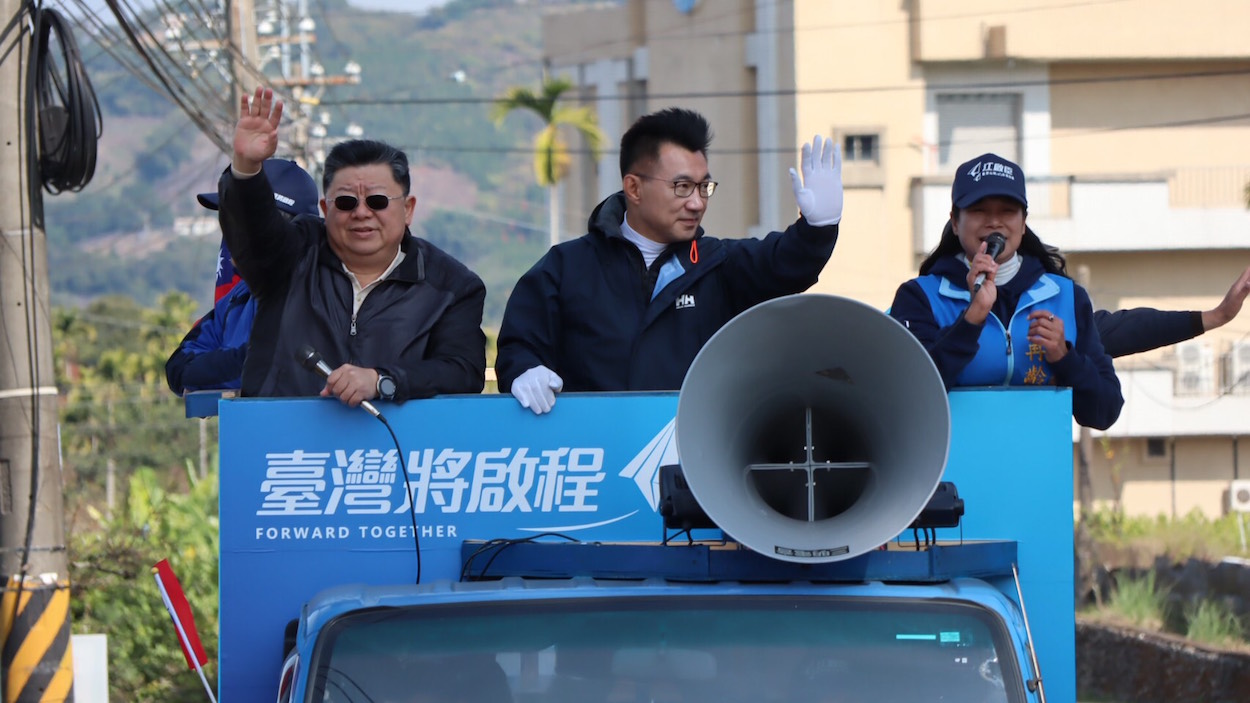 Johnny Chiang (center) while campaigning in 2020 elections, during which Chiang was running for reelection as legislator. Photo credit: 江啟臣/Facebook

It is generally the case that party chair by-elections, such as the 2016 chair election and today’s election, see lower turnout as compared to party chair elections for serving a full-term. But the decline in voter turnout may be interpreted variously; it may be seen as a sign of low confidence by party members in the current state of the party, it could have been affected by fears regarding the ongoing COVID-19 epidemic, or a combination of both factors. Younger members of the KMT calling for reform within the party previously called for party chair elections to be delayed because of the epidemic, though this may have also been in the hopes that a delay would give the party more time to debate and discuss reform.

Namely, the KMT has been in the throes of a leadership crisis since its defeats in January. As with previous election defeats by the KMT, younger party members called for reform within the party as a response to defeats, calls which were met with resistance from some members of the party establishment and party traditionalists. In particular, younger members of the KMT attributed the party’s loss to its cross-strait stances and called for reform within the party.

Chiang was the candidate backed by younger members of the party. Chiang, who is not to be confused with similarly named John Chiang (蔣孝嚴)—John Chiang being a former KMT legislator and the grandson of Chiang Kai-shek—was decidedly the younger candidate, at 48 years old. By comparison, Hau Lung-bin is 67 years old. 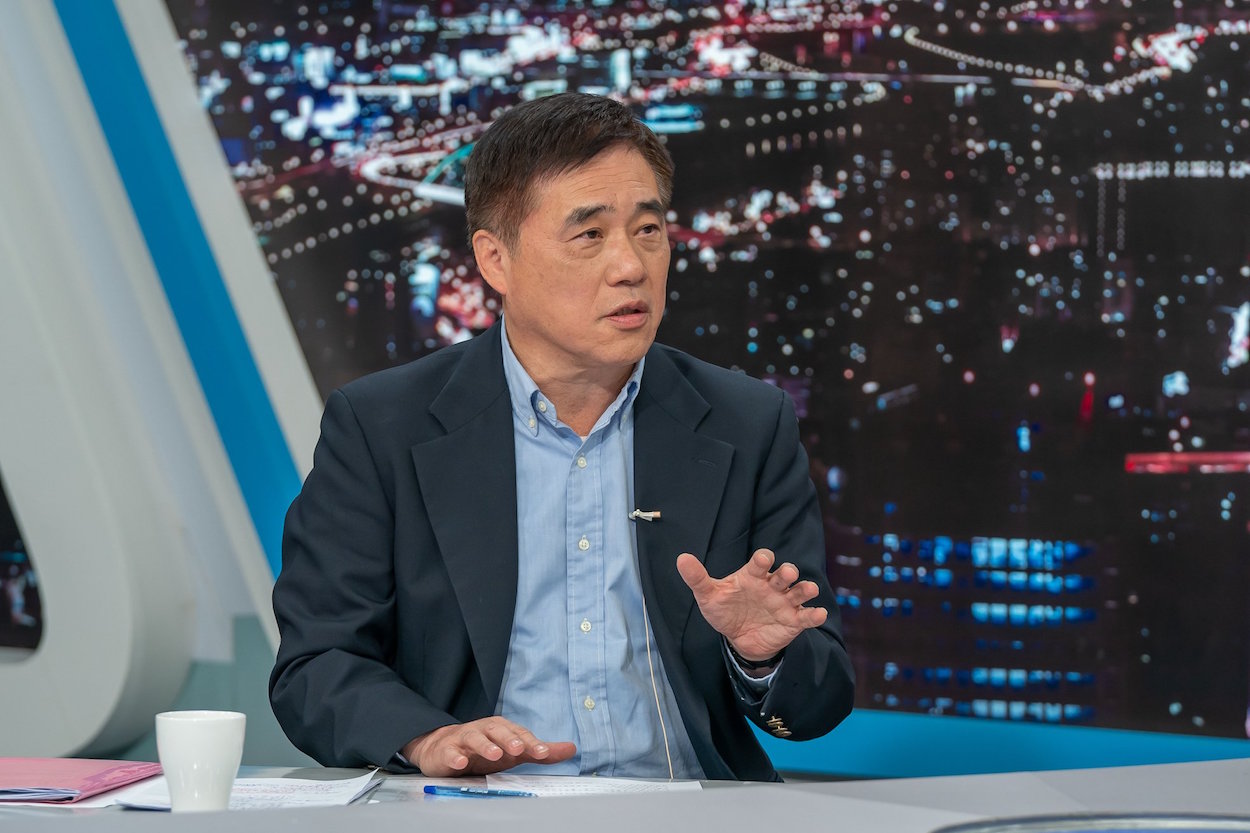 Chiang’s election victory will likely be interpreted as representing the victory of younger members of the party. As the son of retired general Hau Pei-tsun, Hau was backed by traditionalist factions in the KMT affiliated with the military, such as the special Huang Fu-hsing branch of the party, which consists of members of the military and their relatives. Because of the traditional pride of place given to the military within the KMT—after all, a former authoritarian ruling party—the Huang Fu-hsing operates autonomously from other sections of the party. With 83,307 members eligible to vote out of the KMT’s total 337,351 eligible voting members—around 24% of all party members—the Huang Fu-hsing continues to play a disproportionate role within the KMT, though there have also been calls for its abolition in past years as a legacy of the authoritarian period.

Nevertheless, as observed in KMT party chair debates that took place last month, both Chiang and Hau did not actually offer substantively political platforms. Both Chiang and Hau called for adjusting cross-strait policy to ameliorate the party’s pro-China image, internal reform that would change the party but also still preserve the fundamental values of the party, and renewed efforts to win over young people—not only through changing the party’s pro-China image to gain traction among younger Taiwanese, who increasingly do not see themselves as Chinese but as exclusively Taiwanese, but through adopting new digital technologies and social media outreach.

Both sought to strike a moderate tone in their campaigning. But this did not prevent backlash from party traditionalists against both candidates, with both Chiang and Hau coming under fire from former party chair and presidential candidate Hung Hsiu-chu and Sun Yat-Sen School head Chang Ya-chung. As the KMT’s initial 2016 presidential candidate before her replacement by Eric Chu, Hung gained a reputation as an ideological firebrand in calls for returning to party tradition and calls to accelerate the political unification of Taiwan and China. Likewise, the Sun Yat-Sen School is a traditional party school of the KMT. Hung and Chang criticized Chiang and Hau on grounds abandoning the KMT’s traditional ideology of Sun Yat-sen’s Three Principles of the People and party fundamentals in seeking to adjust the party’s fundamental cross-strait policies, something claimed to violate the ROC constitution.

Apart from that Chiang enjoyed the support of young people within the KMT, it is possible that a contributing factor to Hau’s defeat was that he was not able to mobilize party traditionalist members of his base, such as the Huang Fu-hsing, because he struck too moderate a tone. To this extent, Chiang will likely encounter resistance from party traditionalists—still a sizeable portion of the KMT, as the size of the Huang Fu-hsing goes to illustrate—after he takes up the position of party chair. Indeed, it is notable that in a statement posted on Facebook by Chiang after his victory, Chiang was emphatic on the need to preserve the KMT’s core values in the course of reform.

A Financial Times report released yesterday stated that the KMT planned to drop the current bedrock of its cross-strait policy, the 1992 Consensus. The timing of the report one day before chair elections may be significant.

Statement issued by Chiang on Facebook after his election victory

It is improbable that as chair, Chiang will diverge too far from the 1992 Consensus, though it is possible that he may seek to replace the 1992 Consensus with a new political formula to give its fundamental principles a fresh coat of paint. This is due to a number of reasons.

First, Chiang will meet resistance within the KMT if he attempts to drop the KMT’s pro-unification plank altogether. Second, Chiang might also incur the displeasure of China if he is seen as having compromised on the KMT’s pro-unification stances. Moreover, the KMT has leveraged on the 1992 Consensus for too long politically to drop its substantive basis altogether, seeing as one of the KMT’s primary claims to political legitimacy at present is the claim that it is the only political party in Taiwan capable of maintaining stable relations with China by way of the 1992 Consensus.

However, if Chiang does try to devise a new political formula for the KMT’s cross-strait policy, this would not be surprising. Given that ongoing protests in Hong Kong in the past year have reframed longstanding anxieties about China for many Taiwanese, it is a pressing political priority for the KMT to distinguish the 1992 Consensus from “One Country, Two Systems”, the political formula which the CCP presently uses for efforts to integrate Hong Kong with China, and a political formula which was actually originally formulated for Taiwan. The KMT placed great priority on making efforts to distinguish the two during the 2020 elections.

The general need to supersede the 1992 Consensus with a new political formula seemed also to be self-apparent to past KMT leaders. Some Taiwanese analysts believed that former president and party chair Ma Ying-jeou initially intended to advance a “2015 Consensus” in the wake of his 2015 meeting with Chinese President Xi Jinping, seeing as a meeting between the Taiwanese and Chinese heads of state should, in theory, far surpass the 1992 talks upon which the 1992 Consensus is claimed have originated from in diplomatic significance. Furthermore, during her tenure as KMT presidential candidate, Hung Hsiu-chu sought to assert something she referred to as an “advanced version” of the “1992 Consensus.” This was to replace the “One Country, respective interpretations” aspect of the 1992 Consensus with a formula she referred to as “One country, same interpretation”, suggesting that she hoped to shift the 1992 Consensus in the direction of an immediate demand for unification. 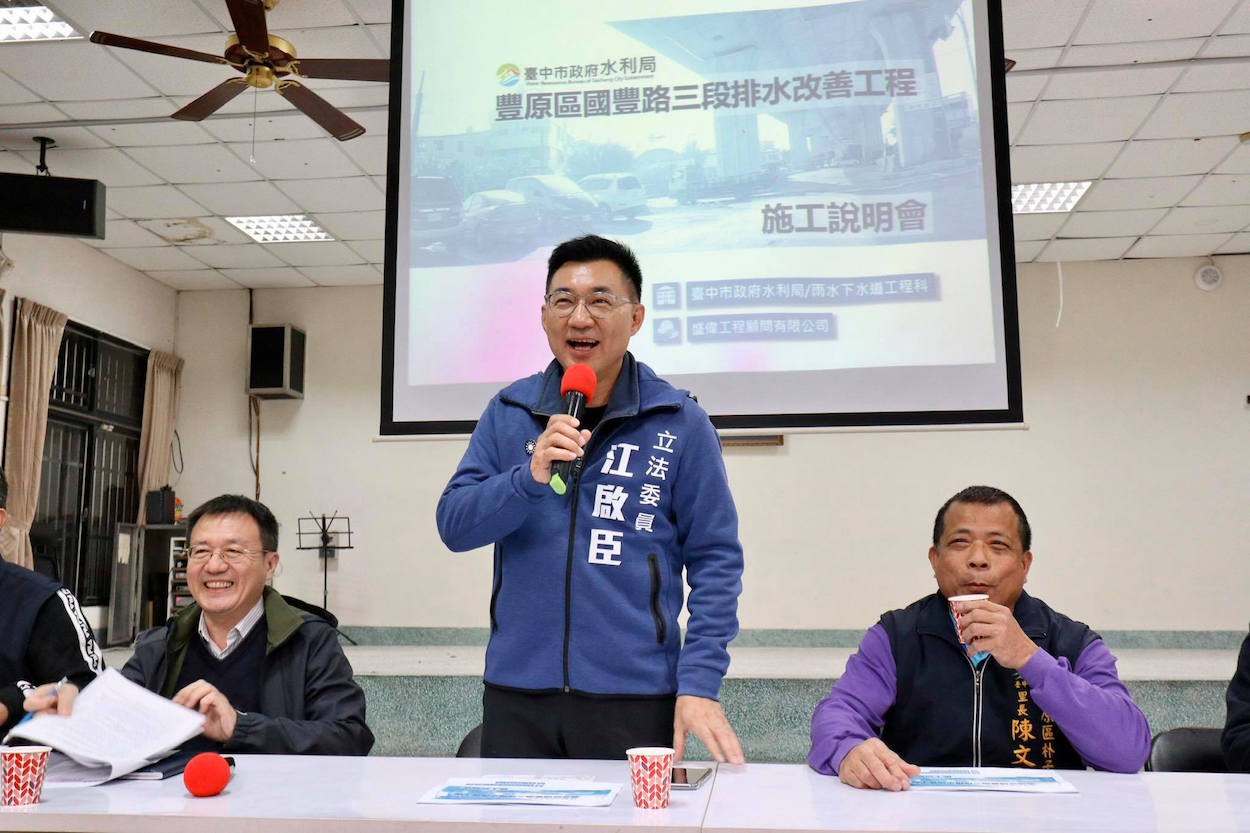 Chiang will also face controversies regarding the KMT’s internal corruption. It is presently debated within the party whether to bring former KMT member and Hualien legislator Fu Kun-chi back into the party in order to bolster the party’s ranks after its defeats to the DPP, despite Fu’s reputation for political corruption and a history of breaking from party discipline. Many younger members of the KMT oppose Fu’s reinstatement into the party because of his history of corruption.

Going forward, Johnny Chiang’s tenure as KMT party chair seems likely to be a contested one, then. The KMT did actually make significant strides in the 2020 elections, gaining several seats in legislature and increasing its vote share by close to two million votes in presidential elections, just the party has been prevented from leveraging on its gains by the public perception that the party was overwhelmingly defeated and due to the crisis of leadership that broke out in the party afterward. Chiang is likely to attempt to try and leverage on the party’s gains, but he will face significant challenges from continued internal contention within the party.