New Taipei reported the most cases, with 81 cases. There were 30 cases in Taipei, eight cases in Taoyuan, three cases in Hsinchu County, two cases each in Keelung and Hsinchu City, and one case in Taichung. There were notably no cases in Miaoli, where second-round and third-round testing has been ongoing among migrant workers. Premier Su Tseng-chang traveled to Miaoli today to inspect testing. 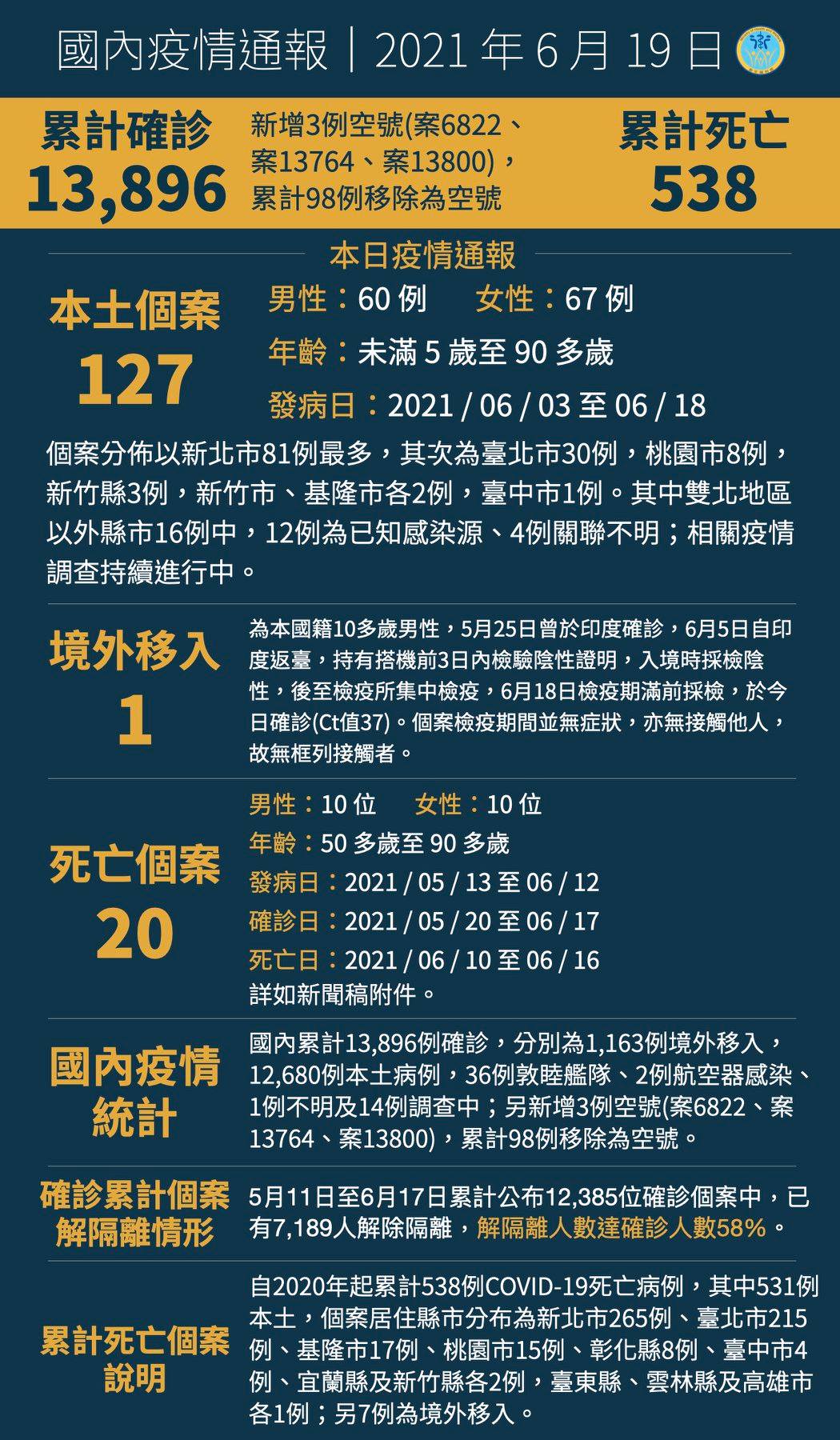 According to Minister of Health and Welfare Chen Shih-chung, the current death rate is also reflective of earlier stages of the pandemic. Chen also stated that the situation seems to be under control in some cities. 58% of those who have been quarantined have been released.

49 deaths have been reported as having taken place after vaccination of the AstraZeneca vaccine. Of these cases, 20 were of individuals above 75 years old. Chen stressed that these cases are under investigation but are not thought to be related to vaccination, due to deaths among the elderly or due to preexisting conditions. Chen stated that elderly individuals going to be vaccinated should try to avoid the heat and to keep hydrated.

Statistics from the Kaohsiung city government show declining vaccinations, with 10,896 vaccinated on the 15th, 5,642 on the 16th, 2,727 on the 17th, and 2,555 yesterday. Some believe that this is due to fears of sudden deaths among elderly after being vaccinated with the AstraZeneca vaccine, with pictures circulating online of empty vaccination sites.

The CECC currently hopes to vaccinate 55% to 60% of individuals above 75 before opening this up to other categories. The CECC will observe how many individuals are being vaccinated and the rate of vaccination in consideration of when to expand eligible categories.

To date, 670,000 have been vaccinated with the first dose of AstraZeneca, while 27,000 have been vaccinated with two doses of AstraZeneca. Addressing a controversy regarding the vaccination of lizhang, also known as borough chiefs, Chen stated that lizhang, along with police, are included in vaccination categories because of their contact with individuals leaving quarantine. Chen stated that vaccination has been uneven for some categories and called on local governments to address these issues.

The CECC stated that mixing vaccines was a more dangerous prospect for the elderly, but that there was not a large disparity between COVID-19 vaccines that are currently available. Six individuals must be present at a vaccination site for a bottle of vaccine doses to be opened to prevent waste, but the CECC stated that vaccination sites could potentially prepare a back-up list of eligible individuals to be vaccinated when there are extra doses.

The Legislative Yuan yesterday added 259.49 billion NT in further funds to the special budget to address COVID-related issues. This is a reduction of 510 billion NT from the original budget proposal, with proposals from the KMT to pay the families of victims of COVID-19 cut. 800 million NT that would have been used for SMS texts to be sent for COVID-related were also cut, seeing as the Executive Yuan already announced that such SMS texts would be free.

The Keelung city government has apologized after an error on their website showed a sudden jump of 100 cases overnight. The website showed 388 cases as having taken place in Keelung, though only 274 cases have taken place to date. While the correct statistics were later restored, this has not prevented some conspiratorial accusations online that the Keelung city government is covering up the true statistics for COVID-19 cases in the city. 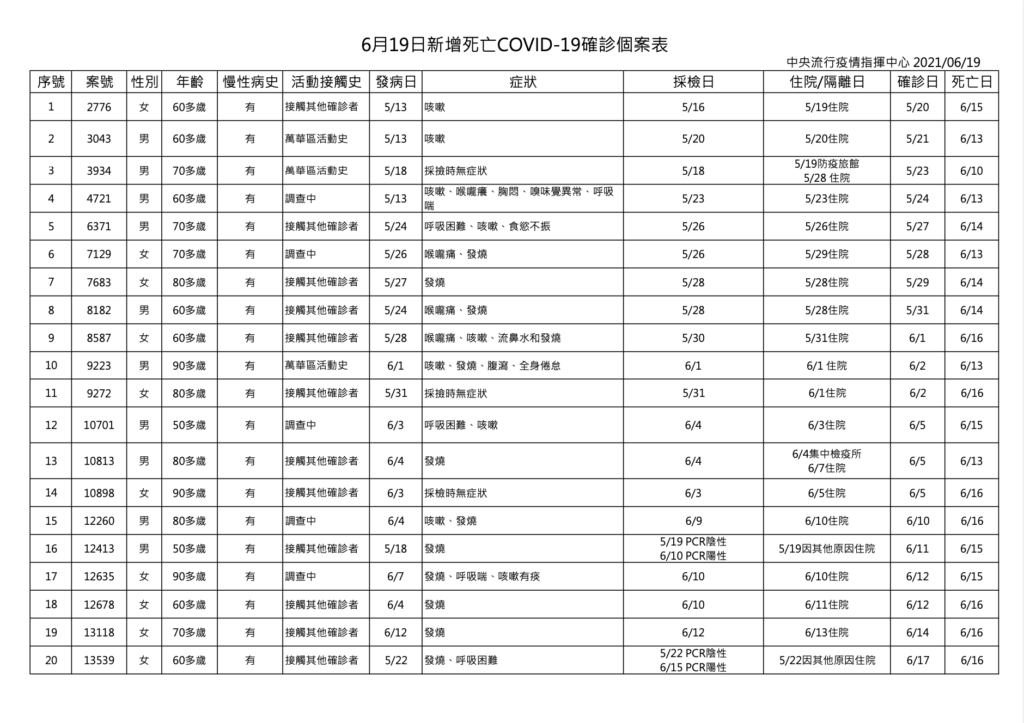 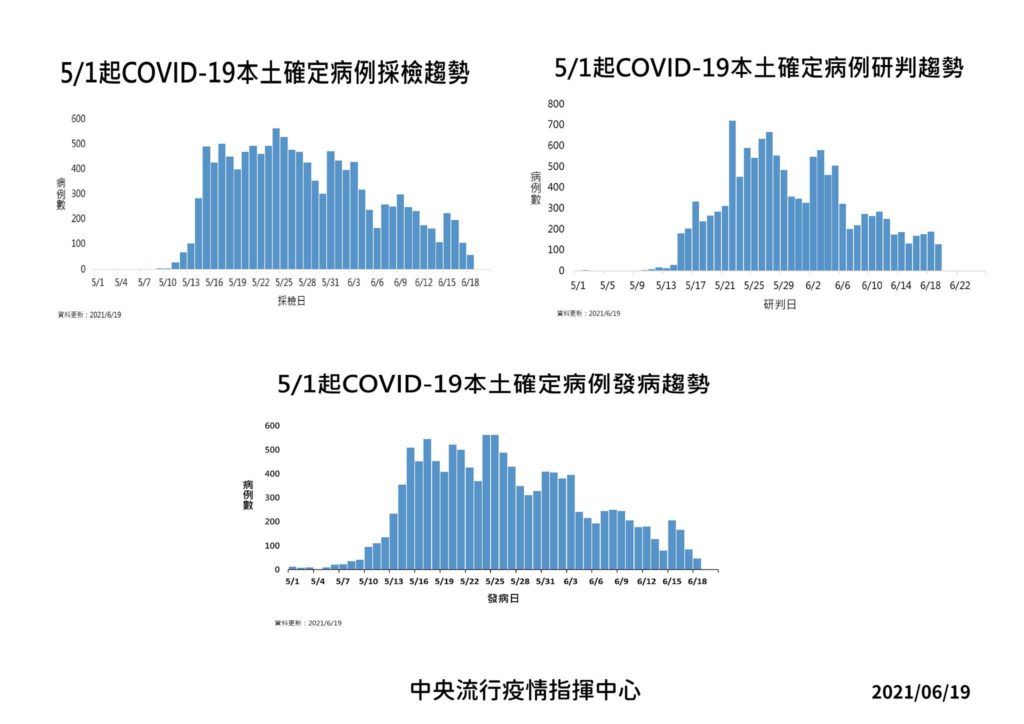 After an employee at the Global Mall Zhonghe Store was found positive for COVID-19, the mall was closed for disinfection, and will reopen tomorrow.

The CECC is currently assisting the Taipei Agricultural Promotion Marketing Corporation (TAPMC) regarding COVID-19 cases there, seeing as it handles 1/3rd of fruit and vegetable distribution for Taiwan. This also took place with previous COVID-19 cases at TAPMC.

The Taipei Tzu Chi Hospital made headlines today after hospital staff set up a life size doll wearing PPE to watch over a patient with Alzheimer’s who was prone to running out of the ward. After the doll was put in the ward, the patient seemed to have calmed down.

Privacy concerns have been raised about the SMS system used for contact tracing after claims in the United Daily News (UDN) about a case in Taichung involving police using the system to search for the whereabouts of a criminal suspect with a search warrant. The government had previously denied that the SMS system would be used for purposes outside of pandemic prevention and stated that it would issue fines of up to 3 million NT for spreading disinformation alleging that the SMS system was being used for other uses. UDN, being a major pan-Blue outlet, may have an axe to grind against the government, as with much of its coverage during the outbreak.

There has been continued backlash against the pan-Green camp for lowering quarantine periods for pilots to three days of quarantine followed by eleven days of self-health management, which is accused of having led to the current outbreak. The KMT attacked the DPP yesterday for voting down a proposal to publish the minutes of the meeting that led to the decisions, with 62 legislators including independent Freddy Lim, voting against the proposal. Lim later attacked the KMT in a Facebook post for trying to act as though the DPP was lacking transparency when all four parties had already agreed to an investigation into the matter, though this has led to backlash against Lim for netizens online.

Taipei mayor Ko Wen-je suggested yesterday that, with the COVID-19 situation apparently under control, some public venues such as museums or movie theaters could consider reopening. Taipei has also closed the testing site in Bopiliao, claiming the situation in Wanhua is under control and that Wanhua is no longer a hotspot.

When questioned about this, the CECC stated that maintaining current measures against COVID-19 should take priority. Ko stated today that Taipei would proceed in coordination with other parts of Taiwan, such as New Taipei. 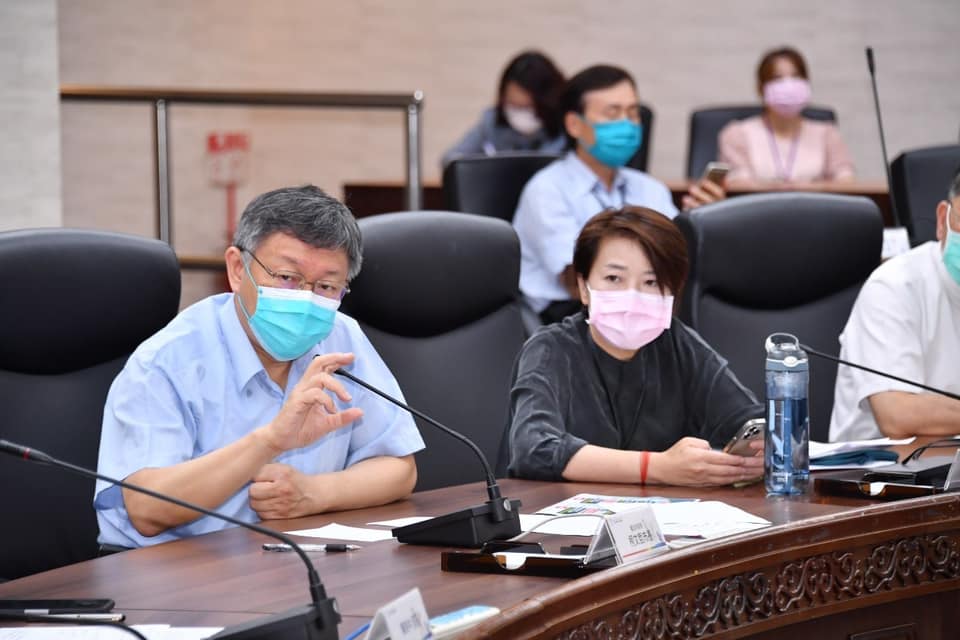 One expects there to be continued backlash against Ko for what will be viewed as an attempt to deflect blame. After Ko’s comments, DPP legislator Kao Chia-yu stated that the head of the Dianthus Clinic, another clinic accused of violating vaccination order, had contacted her citing need for vaccines and she had passed this information onto the Taipei Department of Health. Kao stated that there had not been any follow-up from the Taipei Department of Health apart from the response, “No problem”, ten minutes later. Kao, who stated that she had never met Su, was likely alleged lack of transparency from the Taipei city government and potentially flippancy regarding its vaccine allocation in response to Ko’s accusation. To this extent, Kao likely meant to suggest that the Taipei Department of Health had not indicated that the request could not be carried out, and that she was only passing on a message.

750,000 vaccines donated by the US are expected to arrive in Taiwan tomorrow morning. 410,000 vaccines from Taiwan’s purchase of Moderna vaccines are expected to arrive tomorrow afternoon. Chen did not confirm reports that he would be going to Taoyuan International Airport to welcome the vaccines, which would likely be for the purposes of a photo-op to thank the US for its vaccine donation. Chen also stated that he preferred to announce vaccine shipments when they took place.

President Tsai Ing-wen met with TSMC chair Mark Liu and FoxConn chair Terry Gou yesterday to discuss plans by the two companies to purchase and donate vaccines. DPP legislator Wang Ting-yu responded to claims that the DPP had asked TSMC to become involved in vaccine purchases as a means of stealing FoxConn’s thunder by stating that TSMC had expressed a willingness to assist with vaccine purchases since May 29th.

In response to this development, China’s Taiwan Affairs Office asserted Shanghai Fosun’s rights to distribute vaccines in the greater China region, something that could potentially block efforts . When questioned by media today, Chen Shih-chung stated that the CECC wished to ensure that vaccines were from the original manufacturer, BioNTech, but that it would respect Fosun’s rights as a distributor.