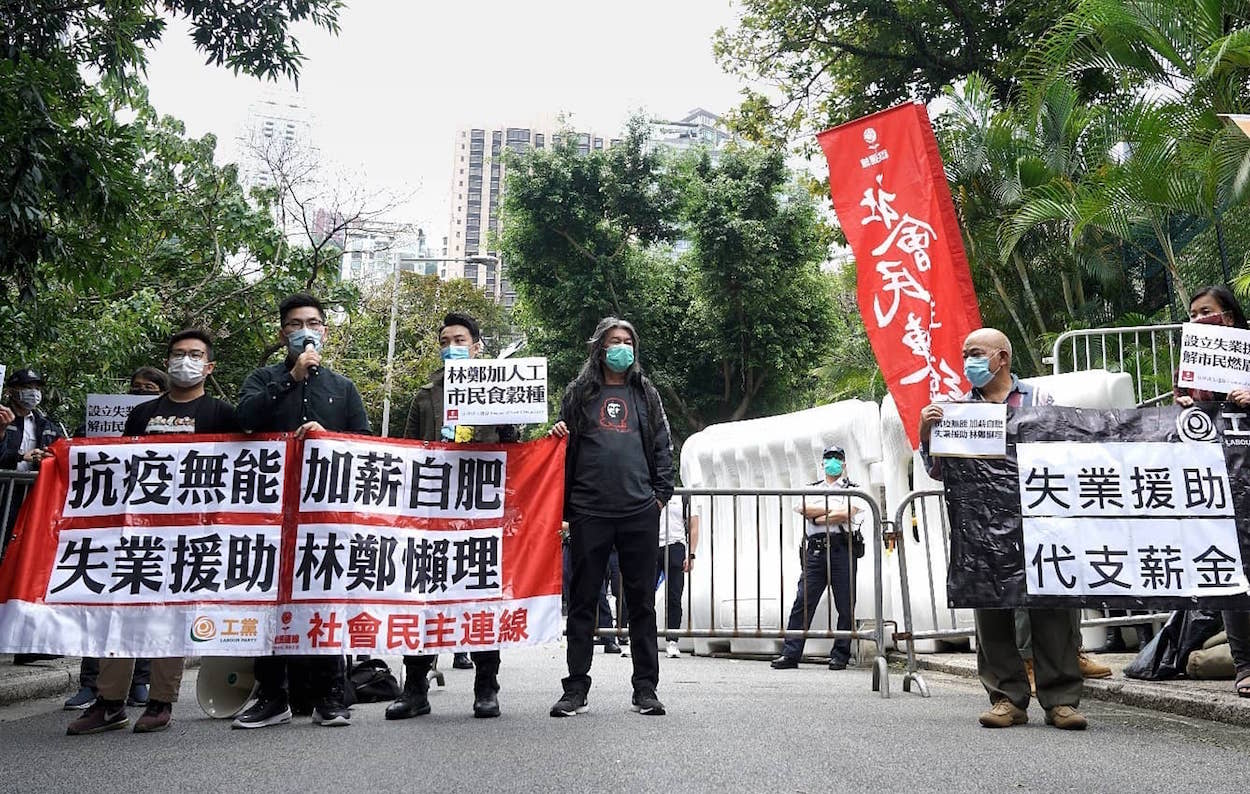 Jimmy Lai, the owner of the pro-democracy Apple Daily and a backer of the Democratic Party, as well as Figo Chan, convenor of the Civil Human Rights Front—which has organized the largest of the demonstrations that have taken place in Hong Kong in the past year, including demonstrations that drew millions in protest—were also arrested. Others arrested include Richard Tsoi, a former vice-chair of the Democratic Party, Cyd Ho, a former vice-chair of the Labour Party, Sin Chung-kai, a district councilor in the Kwai Tsing District, Margaret Ng of the Civic Party, also a former LegCo member, and Au Nok-hin, another former LegCo member.

This is not the first time that pro-democracy figures have been arrested or otherwise faced charges in past months. Jimmy Lai, Lee Cheuk-yan, and Yeung Sum were arrested in February on charges connected to demonstrations in June and August last year. Ironically, the August demonstration that Lai, Lee, and Yeung faced charges in connection to was in itself partly a response to the arrest of pro-democracy figures such as Joshua Wong and Agnes Chow of Demosisto, Jimmy Sham of the Civil Human Rights Front, and pan-Democratic lawmakers Au Nok-him and Jeremy Tam on August 30th.

One notes, too, that Au Nok-hin was arrested earlier this month on charges of “assault” for using a loudspeaker during a demonstration which took place last year in July. The Hong Kong government has begun using charges passed on the auspices of preventing the spread of COVID-19 as a means to crack down on political gatherings in Hong Kong. 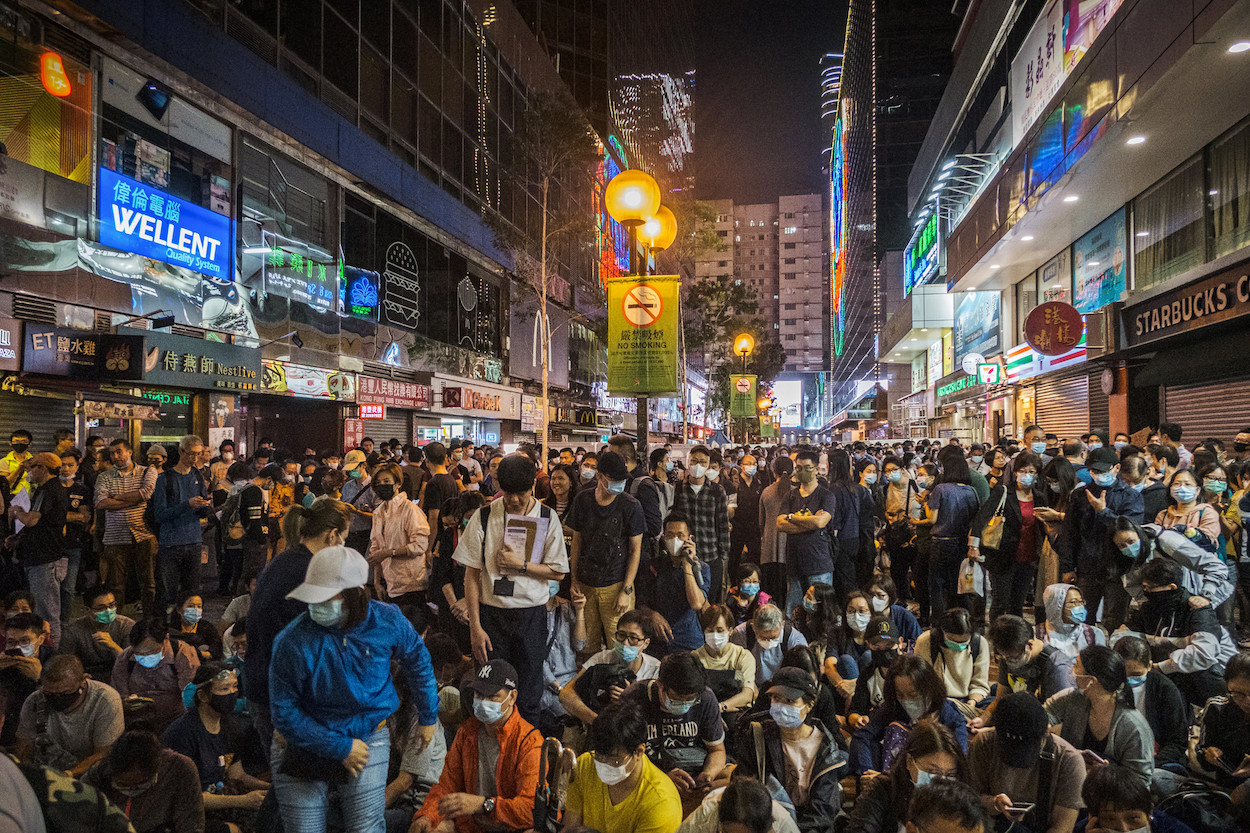 That being said, the arrests which took place today have provoked particular anger because they are viewed as an attempt to throw the pro-democracy camp into disarray before LegCo elections, through arresting leaders. LegCo elections are slated to take place in September this year.

It is further significant that in the past week, Chinese government officials have proposed reintroducing amendments to Article 23 of the Hong Kong Basic Law. Luo Huining, the director of China’s Liaison Office in Hong Kong, proposed this last Wednesday.

Changes to Article 23, which were originally proposed in 2003, were seen as a means of criminalizing political dissent through criminalizing this as sedition. Backlash against the proposed changes caused massive protests in Hong Kong—among the largest to take place in Hong Kong since the 1997 Handover—a mere six years after the handover.

The extradition bill that sparked the protests in Hong Kong over the past year can be seen as having provoked similar fears to proposed Article 23 amendments, seeing as this bill would have allowed Hongkongers to be deported to China to face criminal charges. With close to two million of Hong Kong’s population of 7.45 million participating in the demonstrations, these may be among the largest demonstrations in modern history. 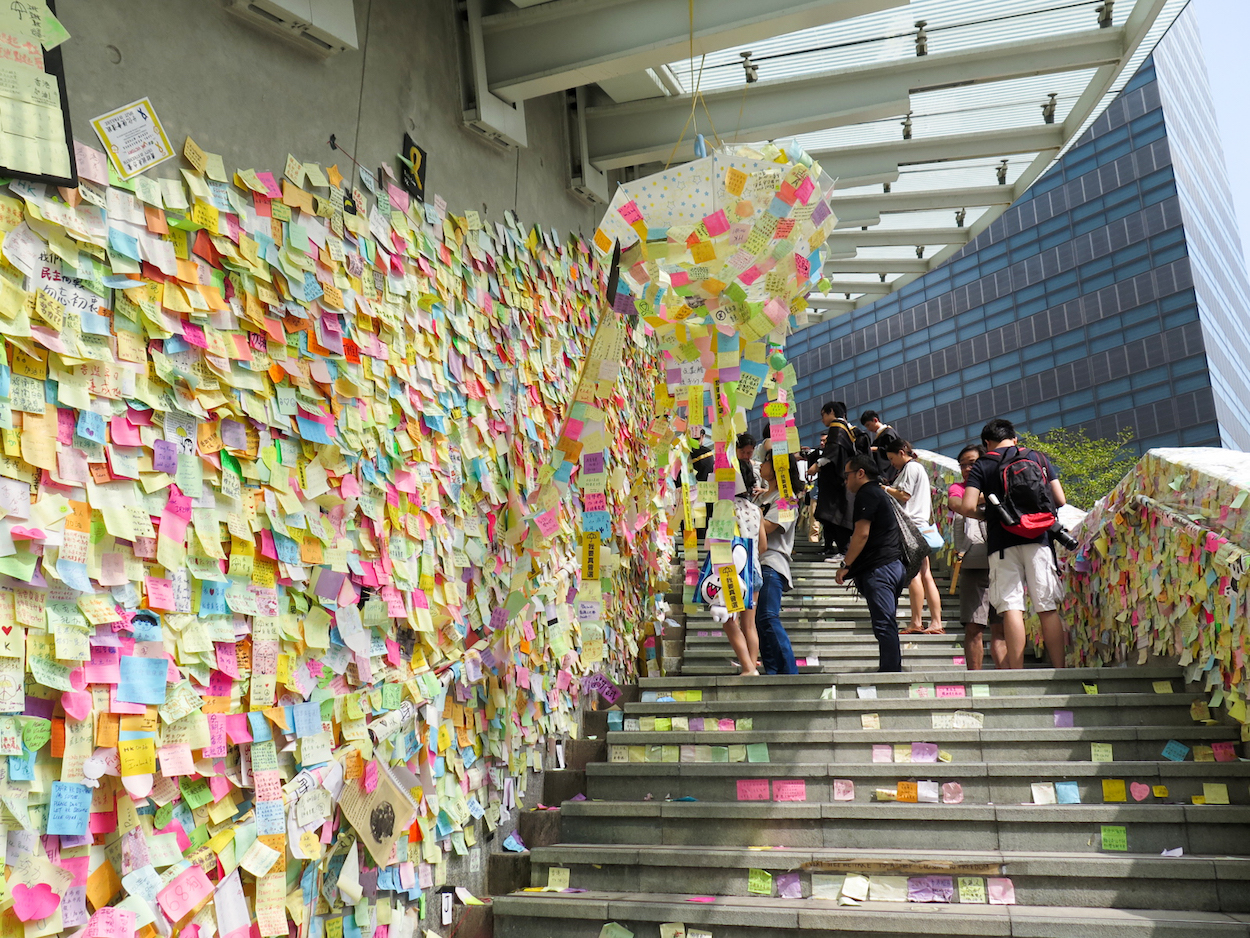 Lennon Wall on the side of the Central Government Complex in Admiralty during the Umbrella Movement in 2014. Photo credit: Wpcpey/WikiCommons/CC

Indeed, one notes that one of the Chinese government’s response to the protests last year was to propose strengthening educational measures intended to instill a sense of Chinese patriotism in young people in Hong Kong. This is despite the fact that anger against “patriotic education” in Hong Kong has been ongoing, leading to the development of groups such as Scholarism and Demosisto in past years and the emergence of figures such as Joshua Wong or Agnes Chow. The Chinese government’s response to the outbreak of protests in Hong Kong seems, more often than not, to be doubling down on the issues that caused the protests to begin with.

One expects further blowback down the line in the wake of the arrests, then. As polling has suggested, it is probable that protests will resume in Hong Kong after the COVID-19 pandemic passes. Continued repressive measures by the Hong Kong government are likely to only inflame outrage.