What Has the Influence of Anti-Extradition Bill Demonstrations in Hong Kong Been on Taiwan?

IT MAY NOT be surprising to note that recent demonstrations in Hong Kong against the new extradition law pushed for by the Hong Kong government have had a significant impact on Taiwan, prompting a number of solidarity rallies. Indeed, much of Taiwan’s concern with Hong Kong is because of fears that it could suffer a similar fate to Hong Kong if it were to revert to Chinese control, as observed in the deterioration of political freedoms in Hong Kong since the 1997 Handover. 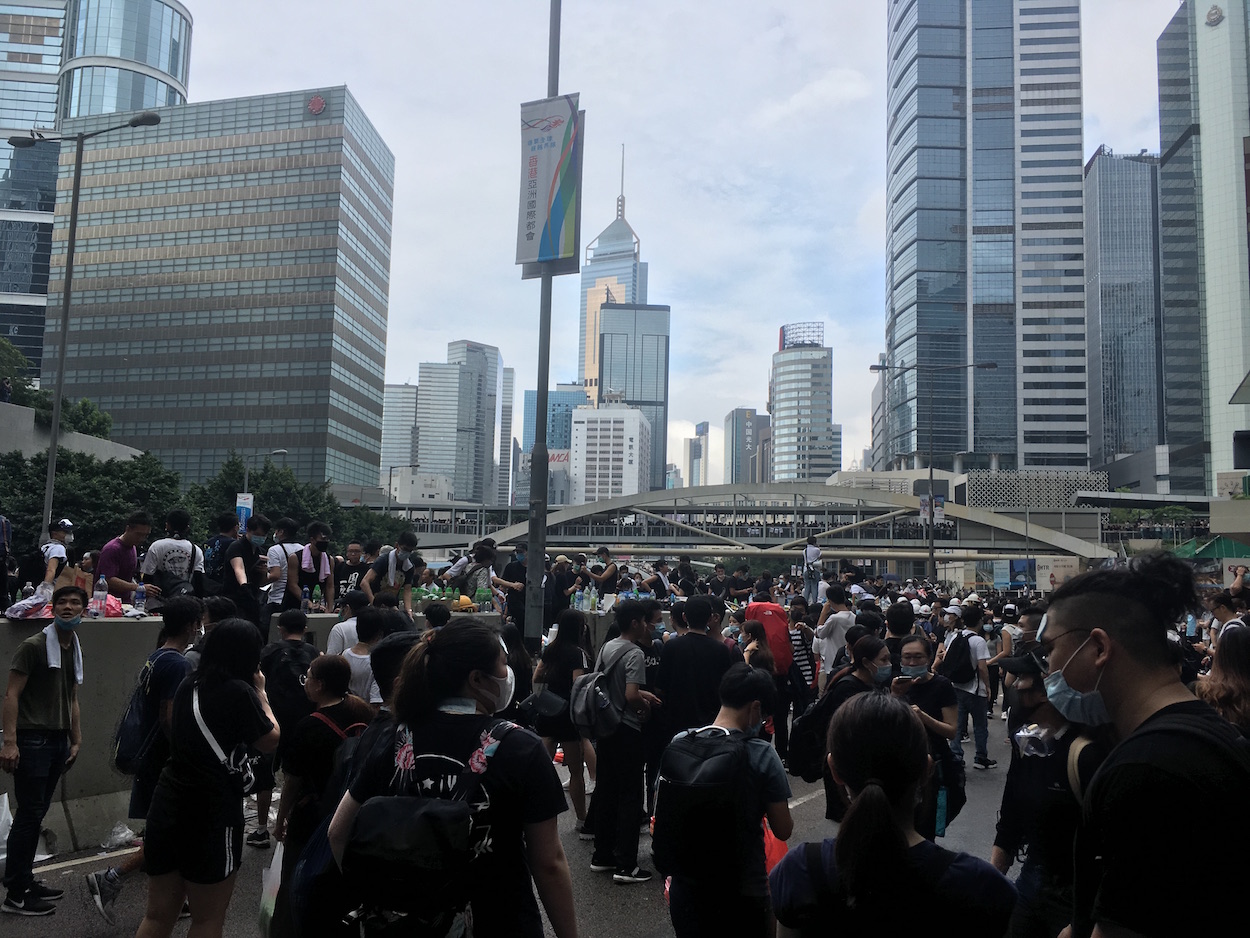 Despite the fact that pan-Blue media outlets—often accused of attempting to downplay news which depicts China in a negative light—have, in many cases, not widely reported on the protests, it would have been unlikely for the protests to have gone unnoticed in Taiwan. That is, despite underreporting on the matter by pan-Blue news outlets, with protests mobilizing up to two million residents of Hong Kong on June 16th—in what is likely the largest protest in Hong Kong history—it would have been unlikely for Taiwanese not to take notice.

The largest rally in Taiwan to date, which also took place on June 16th, was called for by the Taiwan Citizens’ Front, a new coalition group formed by a number of NGOs that were key players in the Sunflower Movement, drew 10,000 participants. To date, this demonstration is likely the largest international solidarity rally held with protests in Hong Kong. Moreover, a rally last week against Chinese influence in Taiwanese media, which attracted 100,000 participants according to organizers, also cited current protests in Hong Kong numerous times. This demonstration, too, can be seen as reflective of how residents of Taiwan are increasingly wary of China given current events in Hong Kong.

What may be most noticeable, however, is that current protests in Hong Kong seem to have forced KMT politicians to backtrack on political statements advocating the implementation of “One Country, Two Systems” in Taiwan. 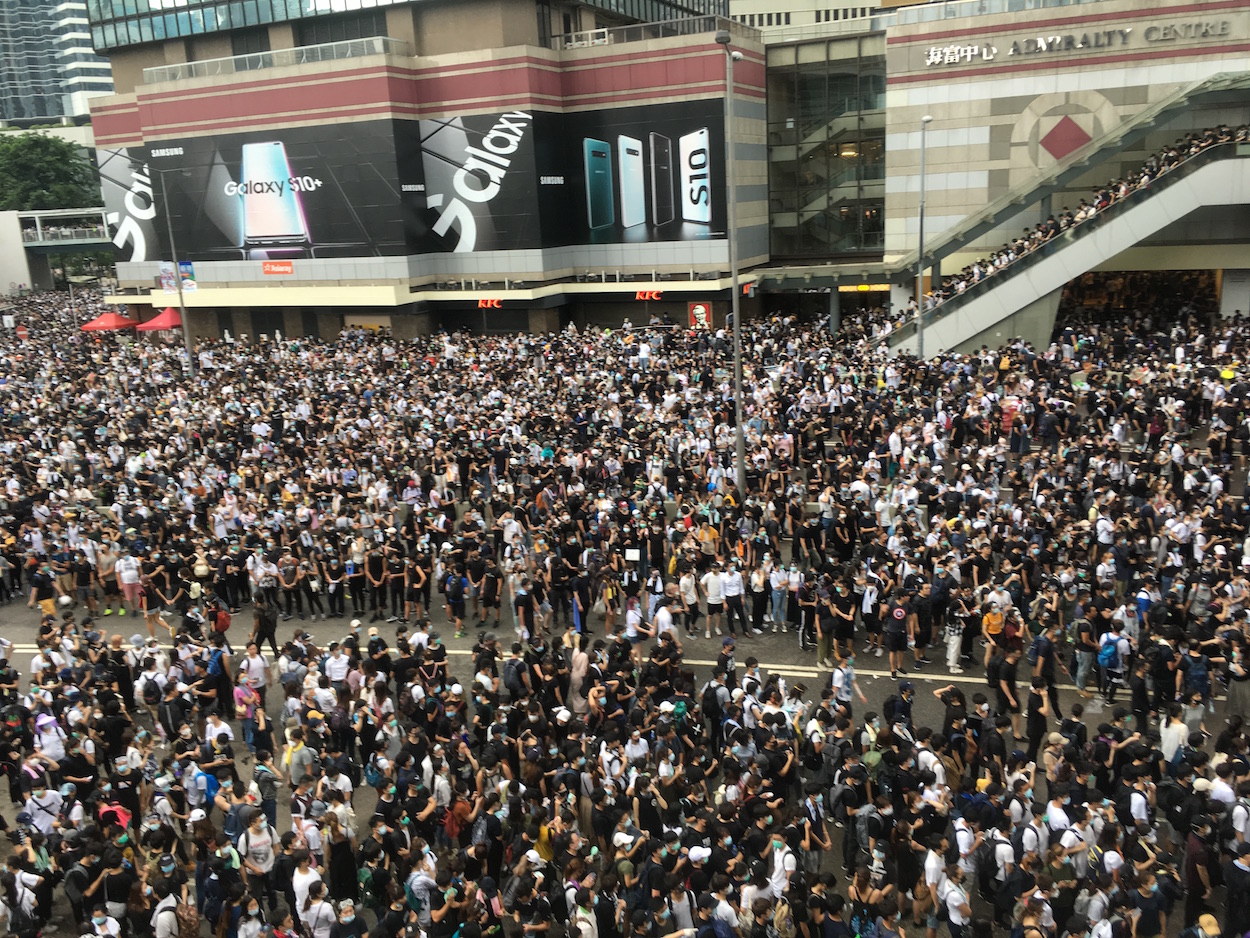 Yet the fallout in Taiwan after protests in Hong Kong has led KMT presidential contenders including Eric Chu, Terry Gou, and Han Kuo-yu to reverse course and state that they would never allow for “One Country, Two Systems” to be implemented in Taiwan.

This reversal was perhaps most dramatically visible in the case of Han Kuo-yu, who initially claimed that he “didn’t know” about the Hong Kong protests when asked by reporters, referred to Taiwan as the “ROC area” in what was seen as an acknowledgement of the view that Taiwan is a part of China, then later reversed course to claim that “One Country, Two Systems” would only be implemented in Taiwan “over my dead body.”

Notably, “over my dead body” was a reference by Han to a widely quoted statement by DPP city councilor Wang Shi-jian during the Sunflower Movement. The Sunflower Movement erupted in 2014 against efforts by the KMT to pass a trade bill with China which the KMT claimed would economically benefit Taiwan but which critics feared would negatively influence Taiwan’s political freedoms. Ironically, in spite of his citation of the Sunflower Movement, Han had just a few months earlier visited Hong Kong and China to sign trade deals in an effort to bolster his credentials as a candidate able to boost the Taiwanese economy by developing closer trade relations with China and promoted the Ma-era notion of developing free trade zones in Taiwan, likely with the aim of attracting Chinese investment. 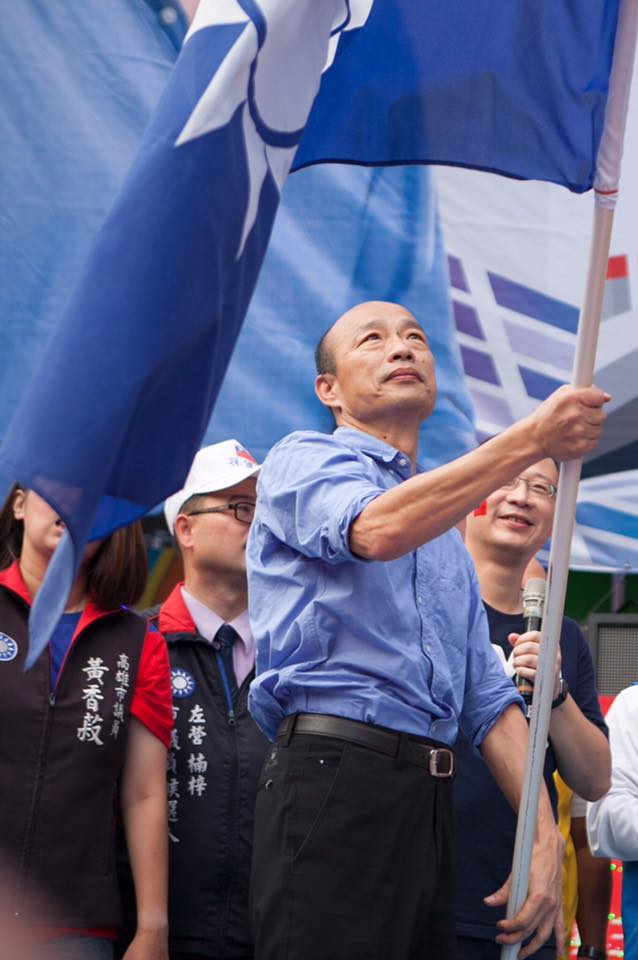 As should be obvious, Han or other KMT candidates are likely insincere in their sudden reversals of course on the issue of “One Country, Two Systems.” Nevertheless, to this extent, an uptick in election polling ratings for current president Tsai Ing-wen, as well as her victory in the DPP presidential primary over former premier William Lai, have also been attributed to the influence of protests in Hong Kong. This would be similar to how Tsai saw an uptick in popular support after Xi’s January speech regarding the use of force against Taiwan, with the Taiwanese public rallying behind Tsai afterward.

Either way, regardless of events in Taiwan, the extradition bill has yet to be fully withdrawn in Hong Kong. Periodic waves of protests continue. Though the Hong Kong government shows few signs of backing down, it has been noted that public appearances by Hong Kong Chief Executive Carrie Lam have become increasingly few in the past week. The course of future events in Hong Kong still looks uncertain.