DEMONSTRATORS IN Hong Kong gathered on Tuesday to commemorate the seven month anniversary of police attacks on protesters in the Prince Edward MTR station on August 31st of last year. However, 54 participants in the commemoration were arrested by the Hong Kong police.

43 men and 11 women were arrested, the oldest being seventy years old and the youngest twelve years old, with some reports of police violence. At one point, a taxi whose passengers displayed a “Restore Hong Kong, Revolution of Our Times” flag was detained by police, and the driver and passenger were searched. The driver and three passengers of another taxi that waved a flag while driving were also arrested and Sham Shui Po district councilor Lee Kwok-kuen was also searched by police. There are reports of Molotov cocktails being thrown at the Police Sports and Recreation Club near the Prince Edward MTR, though nobody was injured. 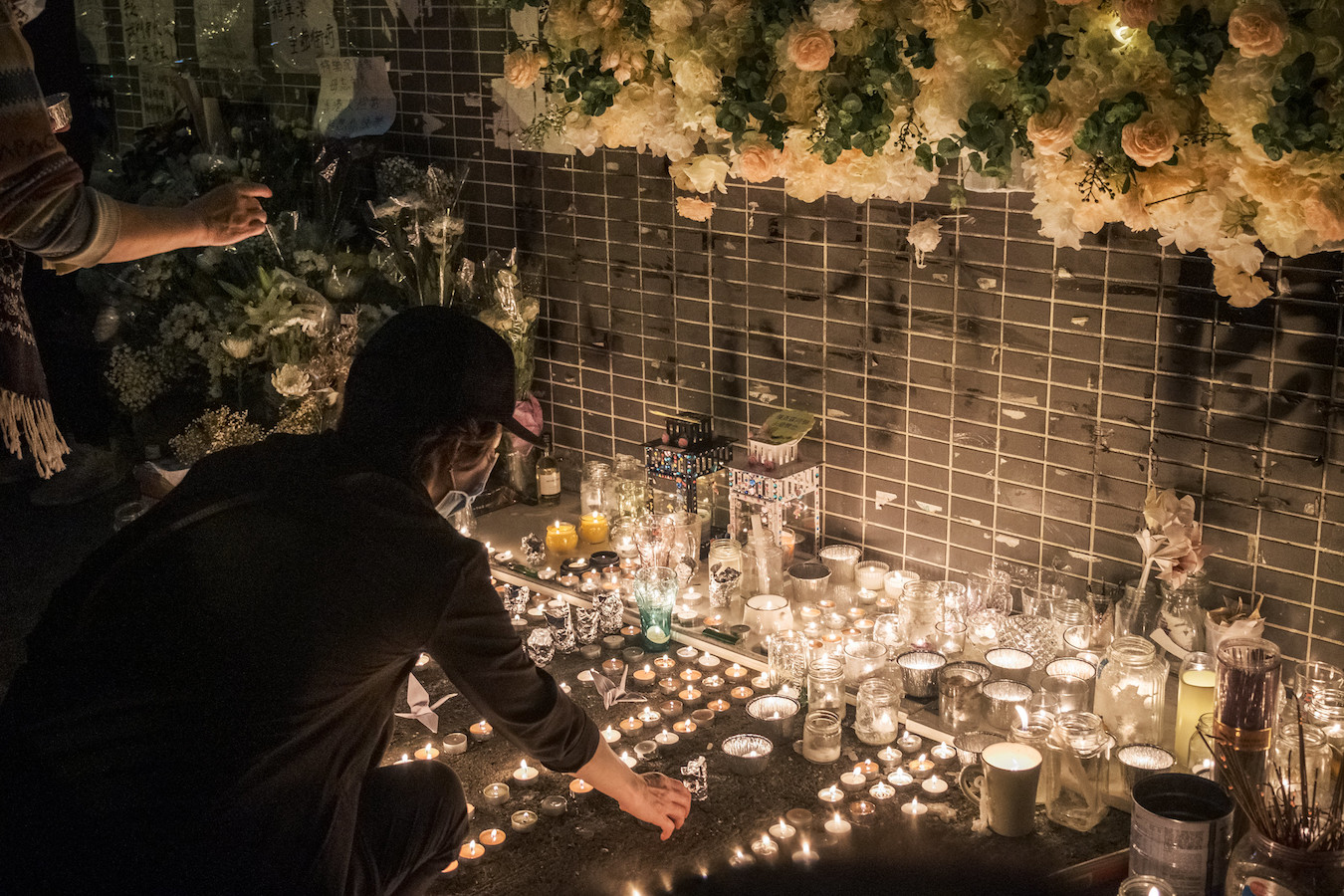 The August 31st Prince Edward MTR police assaults are one of the most controversial and publicly outraging incidents of police violence that has occurred during the year of protests that has rocked Hong Kong for the last year. During the assaults, members of the Hong Kong Police Force (HKPF) were filmed attacking individuals sitting in MTR cars indiscriminately, later claiming that these were violent protesters attempting to blend in with the general public.

The refusal of the HKPF to release video footage of the incident has led to accusations that the HKPF actually caused fatalities of protesters in the course of its clearance operation in the Prince Edward MTR, but that this is being covered up. As a result, memorials to deceased demonstrators have been set up outside the Prince Edward MTR in past months, though these are often dismantled by the HKPF.

Although protests in Hong Kong have decreased in size and frequency due to the ongoing COVID-19 coronavirus pandemic, monthly commemorations of significant movement anniversaries still serve as an occasion for demonstrations to gather. These include the anniversaries of the deaths of protesters that have died from apparent suicides in the course of participating in the protests or their birthdays, as well as incidents of police violence such as the August 31st Prince Edward MTR police assaults.

Particularly provoking of outrage, however, has been the fact that police detained demonstrators Tuesday on the basis of new restrictions on public gatherings in Hong Kong that forbid gatherings of four or more people. Such restrictions were passed in the name of combating the spread of the COVID-19 coronavirus, but the actions of the HKPF indicate that the Hong Kong government can and will weaponize measures justified in the name of fighting the spread of COVID-19, such as social distancing measures.

It is to be seen whether the Hong Kong government will find ways of using other measures of using measures ostensibly passed to prevent the spread of COVID-19 against protestors in Hong Kong. A worrying sign in this direction has been public broadcaster RTHK being slammed by Hong Kong Minister of Commerce Edward Yau for breaching “One China” policy after journalist Yvonne Tong questioned WHO assistant director-general Bruce Aylward on Taiwan’s exclusion from the WHO during an interview.