IN EXAMINING THE candidates that the DPP ran or endorsed in 2020 elections, one notes that a great deal of emphasis was placed upon the younger candidates the party fronted as part of the “Democracy Frontline” grouping.

In this sense, the Democracy Frontline can be seen as part of efforts by the DPP to absorb young activists into the party for 2020 election campaigning. These were efforts that broadly took shape after former Sunflower Movement student leader Lin Fei-fan joined the DPP to take up a position as its secretary-general. 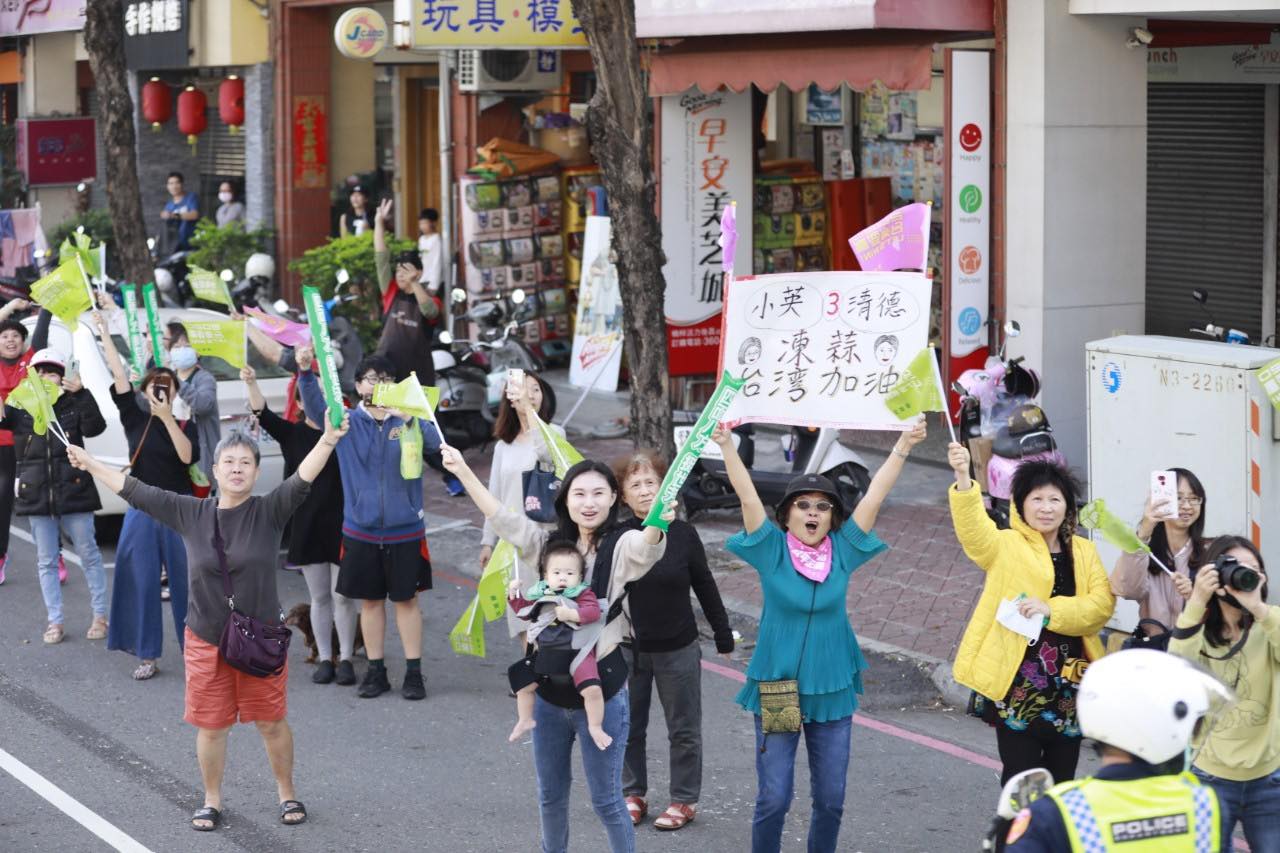 In bringing a number of young candidates into the party, including Lin, and through endorsing or running former activists as Freddy Lim, Hung Tzu-yung, and Lai Pin-yu, the DPP would be attempting to present itself as having the tacit endorsement of young people in Taiwan. Seeing as the KMT lacked any corresponding group of young candidates, this would point to the increasingly geriatric nature of the party and suggest that the DPP is a party representative of Taiwan’s political future.

That being said, there were also some internal controversies within the DPP regarding the candidates it ran. A prominent case in point would be regarding the initial party list that the DPP floated, which skewed toward featuring more younger, progressive candidates than the final party list. Particular controversy focused on the removal of indigenous activist and former Indigenous Television anchor Tuhi Martukaw from the number one position on the party list. This is thought to have occurred due to party factionalism within the DPP.

Though the public claim was that Tuhi Martukaw was too politically inexperienced to take on a role as legislator, having been originally recommended for the role by premier Su Tseng-chang, having no previous political experience usually does not disqualify one for a position as a legislator. Consequently, the highest indigenous candidate on the party list became Presbyterian pastor Omi Wilang, likely a compromise to conservative Christians within the DPP—although Green Citizens’ Action Alliance deputy secretary-general Hung Sheng-han and Social Democratic Party convenor Fan Yun were moved up on the party list. Lin Fei-fan later issued a public apology regarding the party list, stating that he had not worked hard enough in order to allow for a more progressive party list to be passed.

Likewise, the DPP also faced accusations that it was primarily running younger candidates in areas in which they were unlikely to win in order to present the public appearance of having the support of young people, while in reality banking on older, establishment candidates to win local races. Indeed, going back to when the DPP endorsed post-Sunflower Third Force parties in 2016, this was primarily endorsing candidates running in “light Blue” areas in which they were at a disadvantage, in lieu of running DPP party candidates.

In evaluating the overall slate of younger candidates run by the DPP, however, one notes the interesting pattern of that former critics of Tsai ended up aligning with the Tsai administration as part of 2020 campaigning. In 2017, Lin Fei-fan had been among those sharply critical of the DPP for failing to return traditional indigenous territories after Tsai’s historic apology to Taiwanese indigenous on behalf of the ROC government.

Likewise, Lin, Freddy Lim, Hung Tzu-yung, and Lai Pin-yu were among those critical of the Tsai administration’s controversial changes to the Labor Standards Act in late 2017, a move that labor activists saw as undoing decades of labor reforms in Taiwan. Lim, Hung, and Lai were among those that engaged in direct action aimed at blocking the Tsai administration’s attempt to pass these changes as part of the NPP, though all three later left the party. 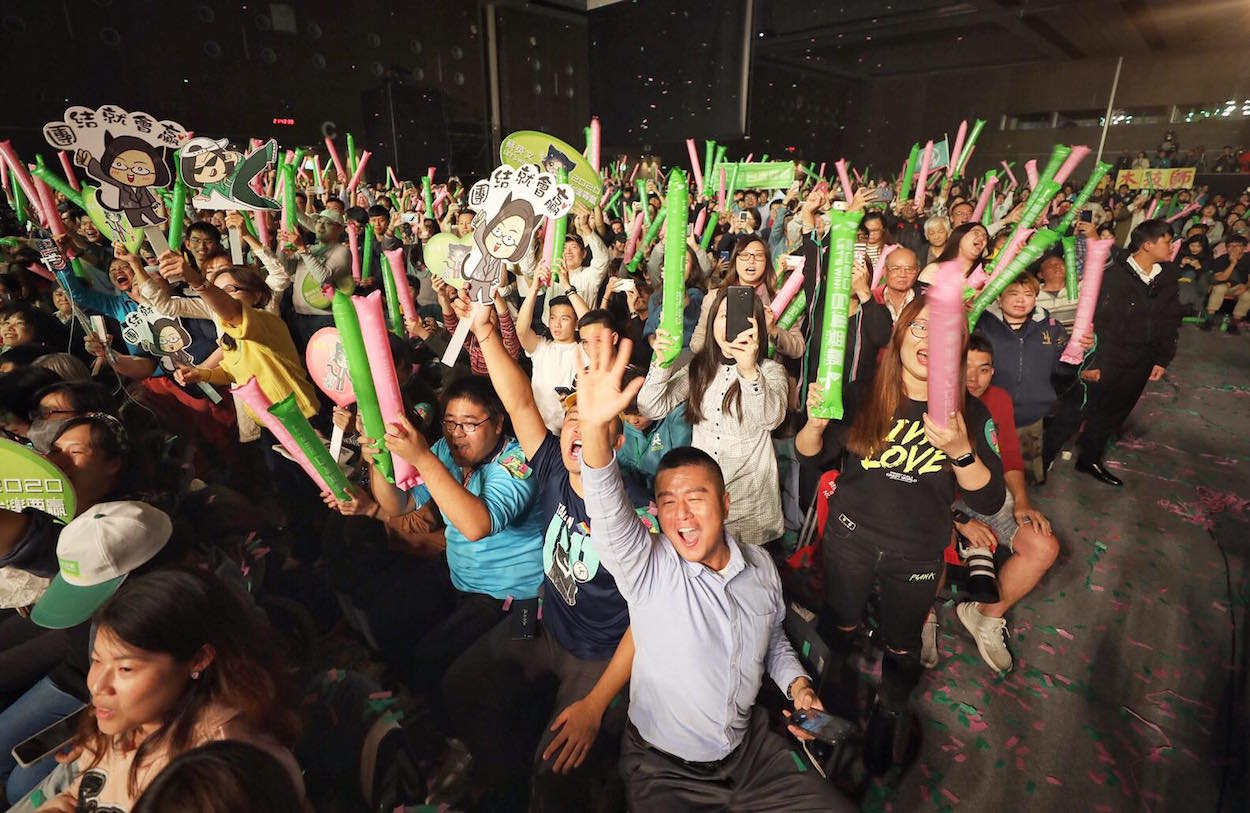 However, critics of the DPP ended up aligning with the DPP as part of a united front strategy against the KMT following its electoral defeats in 2018 local elections. This was an event that led to fears regarding a possibly resurgent KMT, hence the sense of pressure to politically align to combat the KMT.

Seeing as Tsai was successfully reelected and the DPP retains its majority in the Taiwanese legislature, with a number of youth candidates successfully winning office, it seems highly possible that political splits within the pan-Green camp will again reopen. Potential fault lines could include, for example, the issue of an asylum bill for Hongkongers seeking political refuge in Taiwan, an issue that only the NPP previously attempted to act on despite the Tsai administration’s claims of support for Hongkongers. This remains to be seen.