NEWS THAT Sunflower Movement student leader Lin Fei-fan joined the DPP surprised many earlier this week, after it emerged that Lin would be taking up the position of deputy secretary-general in the party. Lin was reportedly asked to take up the post by Luo Wen-jia, the current secretary-general of the DPP. Lin takes up the position after returning to Taiwan from finishing a Masters degree in Comparative Politics at the London School of Economics.

What has been surprising for many is that Lin would choose to join the DPP, instead of the New Power Party (NPP), or another Third Force party. During the movement, student activists were critical of the DPP as also facing issues of internal political corruption, in some cases, not proving any better than the KMT.

After the end of the movement, a number of Sunflower Movement activists sought to form “Third Force” parties, seeking to directly enter politics to continue the aims of the movement but hoping to avoid the established institutional framework of the DPP.

Of the Third Force parties that emerged, the key examples being the NPP, Social Democratic Party, Free Taiwan Party, and Le Flanc Radical (later renamed the Radical Party and then renamed the Taiwan Statebuilding Party in the past year), only the NPP was successful in winning legislative seats in 2016 elections, winning five seats to become Taiwan’s third-largest political party. The NPP further defied expectations to win sixteen city councilor seats in 2018 elections.

Of the key figures of the Sunflower Movement, Huang Kuo-chang served as the party chair from 2015 to 2019 and remains one of the party’s five legislators, while Chen Wei-ting also entered the party, first working as a legislative assistant for the party in the Legislative Yuan, then helping with the party’s 2018 electoral campaign in Hsinchu. Lin did not join the NPP, but because of his close affiliation with key figures of the NPP, many in Taiwanese society were under the impression that Lin is an NPP member.

It is thus surprising to many that Lin decided to enter the DPP, rather than the NPP, as well as that Lin chose to become a member of the DPP party organization, instead of running as an electoral candidate. 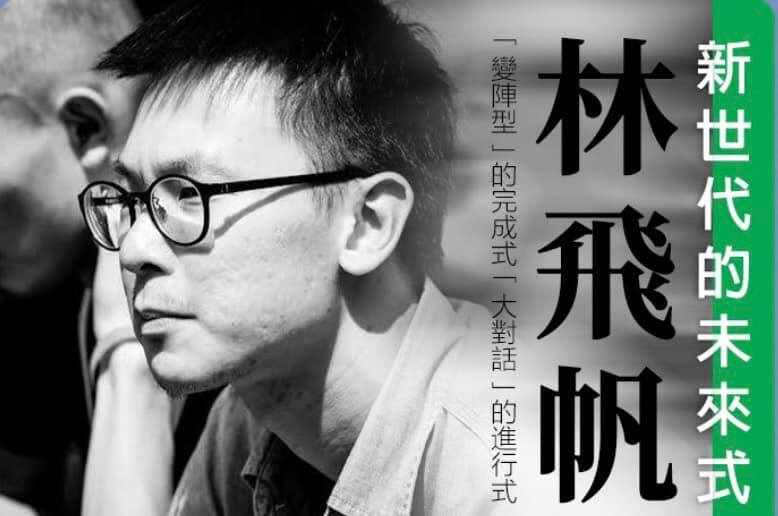 Lin had in past months positioned himself alongside the Taiwan Citizen Front, a coalition organization formed by lawyer Lai Chung-Chiang, the convenor of the Economic Democracy Union, which had as its intended aim as to unify activists, Third Force parties, NGOs, and civil society groups for progressive advocacy against the threat to Taiwan’s democracy from China. Lin had also campaigned for DPP candidate Yu Tian in a legislative by-election in New Taipei earlier this year, to fill a seat left vacant after the removal of DPP lawmaker Gao Jyh-peng on charges of corruption. Nevertheless, Lin had notably provoked the ire of the DPP in 2017 while speaking at the opening of the NPP’s Tainan headquarters, by claiming that “even a watermelon” could win elections in Tainan if endorsed by the DPP. And though Third Force parties had largely enjoyed the endorsement of the DPP in 2016 elections, antagonisms between the two sides led Third Force parties to run without the DPP endorsement in 2018 nine-in-one elections.

But despite such periodic antagonisms, focus on Third Force parties with the view that they are the only inheritors of the Sunflower Movement has sometimes occluded that a number of post-Sunflower Movement student activists did, in fact, decide to enter the DPP as political workers or to run as political candidates of the DPP. Rising stars within the DPP such as city councilors Jiho Chang, Huang Shou-da, and Wu Pei-yi were originally Sunflower Movement activists. Some Third Force politicians of the NPP and other parties also ran for office after some time spent accumulating experience within the DPP as political workers, a prominent example being Taipei city councilor Meredith Huang.

And in the past half-year, one has observed the consolidation of various political actors who were at odds during the Sunflower Movement. It may be that some of the political tensions which prevailed in past years have lessened over time.

Aman Wu, the convenor of Taiwan Nest and Youth Against Oppression, who originally had planned to run for the legislature as an independent and staked out a political claim as an activist not beholden to any party, later decided to join the DPP as the director of the social organization department. Wang Yi-kai, another activist who had staked out a position as an independent and sought to run for legislature and city council, also later decided to enter the NPP, despite having been at odds with the individuals who later became the NPP party leadership during the Sunflower Movement. Zeng Po-yu, the activist who ran as a candidate of the Green Party in 2016 elections, later joined the NPP to run as a city councilor candidate in 2018, though she was not successful in her campaign. 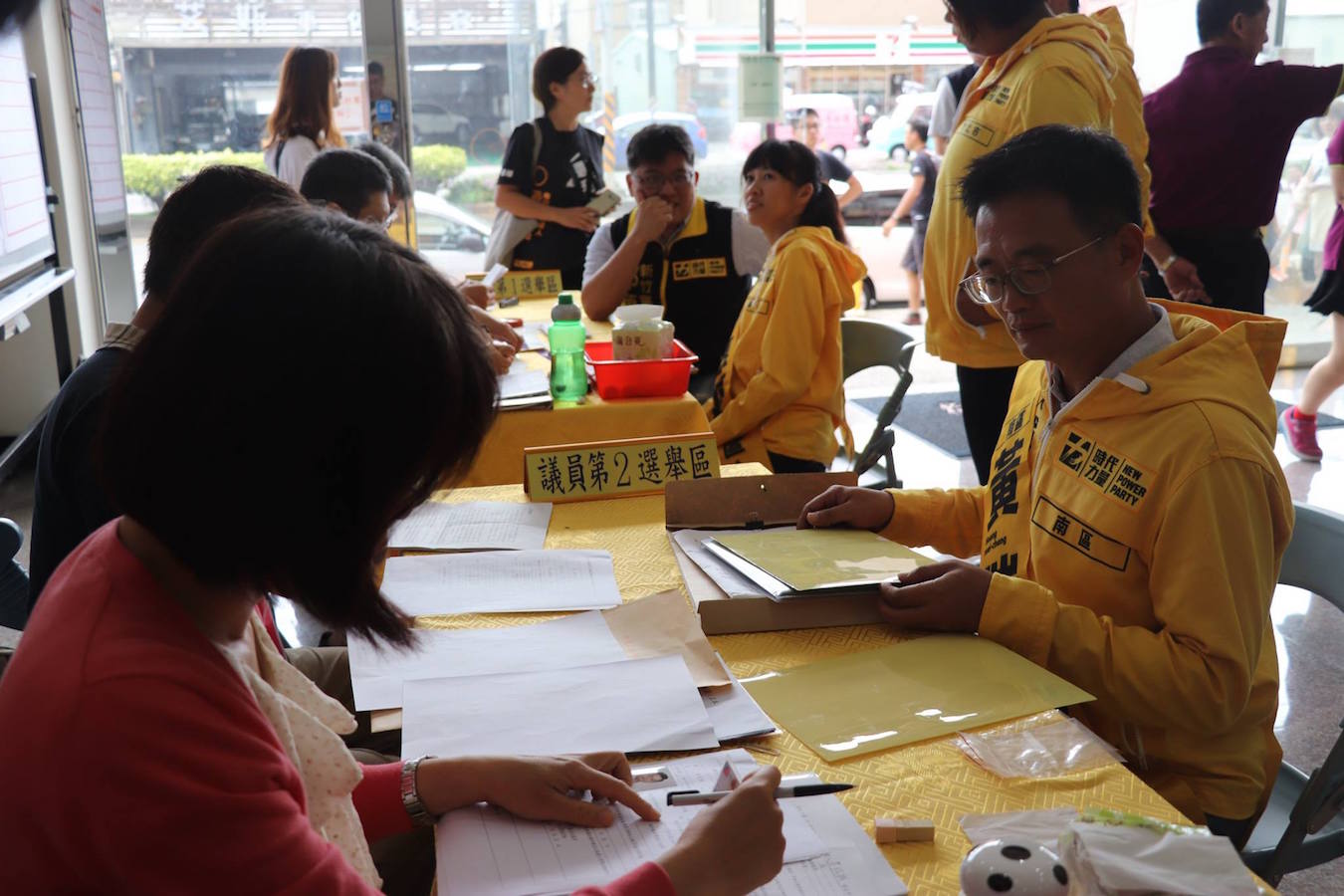 Perhaps we can view Lin joining the DPP as being part of this wave of political consolidation, then. The announcement that Lin had joined the DPP was followed shortly by the announcement that Lu Jia-hua, the convenor of the “D-Street Deliberation On The Street” discussion forum during the Sunflower Movement, had also joined the DPP. In her new role, Lu will head the DPP’s newly established “Policy Discussion Working Group” (政策對話小組).

In particular, a contributing factor to the decision of post-Sunflower Movement activists who entered the DPP in the past year was likely a sense of crisis after the KMT’s resurgence during nine-in-one elections last year, when it previously appeared as though the KMT’s internal party crisis might imminently lead to the dissolution of the party. Likewise, increasingly aggressive moves by China toward Taiwan has contributed to the sense that if the independence-leaning political forces do not consolidate their forces, this could allow China to realize its aims of annexing Taiwan.

To this extent, it should also be clear that members of the Third Force are very likely the future of the pan-Green camp. In the event of Third Force parties as the NPP dissolving, as is always possible regarding small parties, it is very likely NPP politicians would enter the DPP to continue their political careers, not unlike how, on the other side of the political spectrum, there has sometimes been a fluid relationship between politicians of the KMT and other pan-Blue parties such as the New Party or People First Party. Lin joining the DPP despite his closeness to the NPP could, in fact, be an early sign of this fluid relationship.

That remains to be seen. However, with Lin taking up a high-ranking position within the DPP, this has flagged the question of whether the DPP will seek to work with the NPP in 2020 elections, as in 2016, or whether it will not do so. NPP legislator Hung Tzu-yung was among those to flag the issue in a Facebook post, Hung also raising the question of that former chair Huang Kuo-chang, who remains a party heavyweight, had suggested that he might leave the party if it cooperated with the DPP. It is not impossible, in fact, that Lin joining the DPP could augur further splits in the Third Force in the near future.