Consecutive Days of Protests in Hong Kong Around Christmas

Protests took place in shopping malls, continuing the trend of “Shopping with You” demonstrations in past weeks, and aiming to coordinate demonstrations with Christmas shopping, seeing as Christmas usually sees much business for stores in Hong Kong. Malls in which protests took place included the New Town Plaza shopping mall in Sha Tin, the YOHO MALL in Yuen Long, Langham Place in Mong Kok, Telford Plaza in Kowloon Bay, the Mega Mall in Tai Po, and other locations. 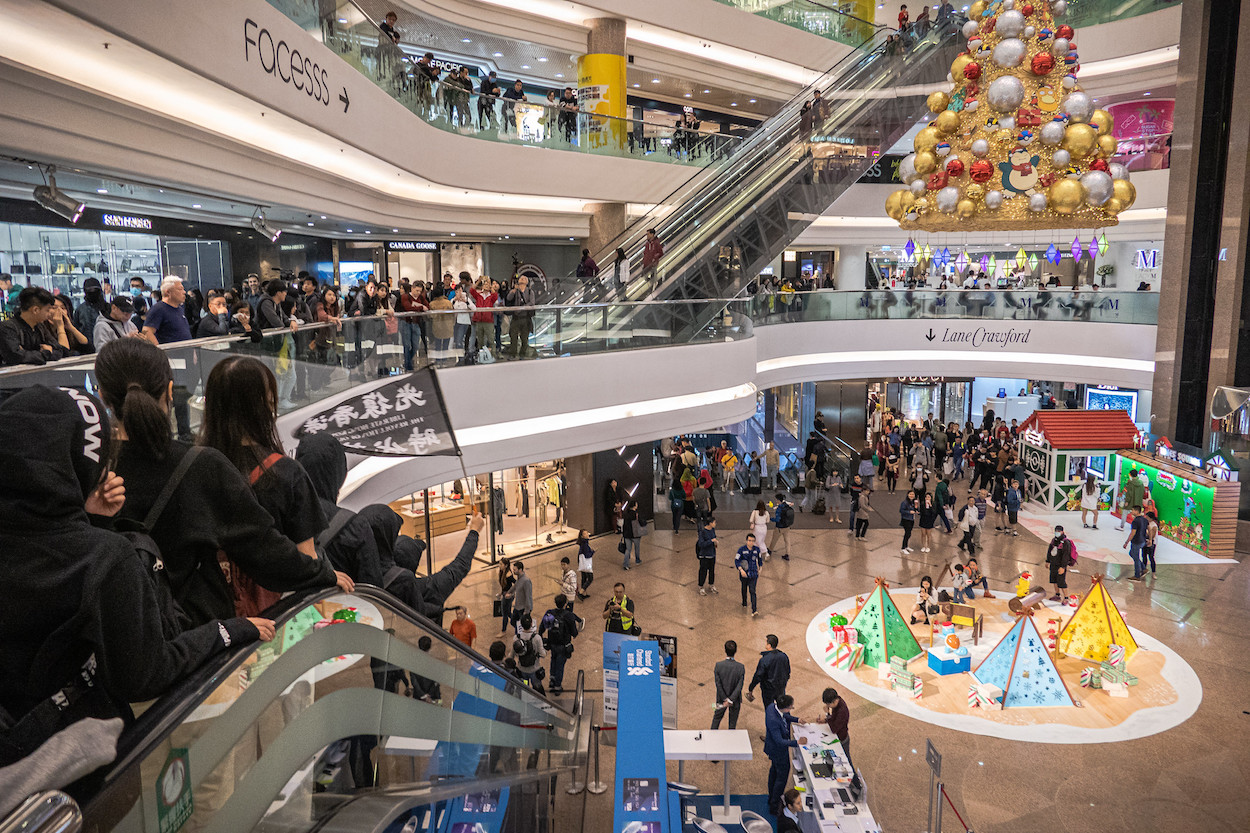 Protests took place in malls for three consecutive days, with protests recurring in multiple nights in locations such as the New Town Plaza Mall, Langham Place, and Telford Plaza. Demonstrators sang protest anthems and, in some cases, defaced pro-Beijing shops.

On Christmas Eve, demonstrators notably organized flash mobs and some dressed in costume, as also took place on Halloween in October in defiance of a mask ban that was later overturned. On the other hand, police responded by firing tear gas, pepper balls, and attacked with batons. At least one police vehicle was set on fire in Mong Kok around midnight on Christmas Eve and some MTR exits were set on fire in Mong Kok and Tsim Sha Tsui, leading to MTR closures.

Police violence against protestors has provoked outrage, with more than one report of demonstrators falling from heights due to police actions. A man that fell in the YOHO MALL on December 24th is reported to have broken his arm and have spinal injuries. Some reports claim that a sixteen-year-old boy that fell from a height from the Jie Genge restaurant in Mong Kok on December 24th—where the boy appears to have been working—was because he was being chased by riot police.

Video has emerged of police pepper spraying and beating subdued demonstrators, as well as attacking journalists. Likewise, after being detained by police on December 26th, Stand News journalist Ronson Chan would have his Hong Kong ID shown to over 10,000 viewers on a live stream by the Hong Kong police, effectively doxxing him.

Despite police violence against demonstrators over the past few nights, Hong Kong Chief Executive Carrie Lam would later claim that it was Hong Kong demonstrators who had “ruined” Christmas. That being said, Christmas celebrations still took place among “yellow economy” stores supportive of the protests, such as instances of protestors gathering to enjoy free meals.

The past week has seen a number of actions by Hong Kong authorities aimed at cracking down on demonstrators. Lawmakers Au Nok-hin and Gary Fan were removed from office on December 17th after losing their appeals against a previous decision that ruled them to be unduly elected. Earlier this week, the Hong Kong and Shanghai Banking Corporation also closed an account used for legal and medical fees for protestors by Spark Alliance HK. Spark Alliance members were also arrested on charges of money laundering by the Hong Kong police. 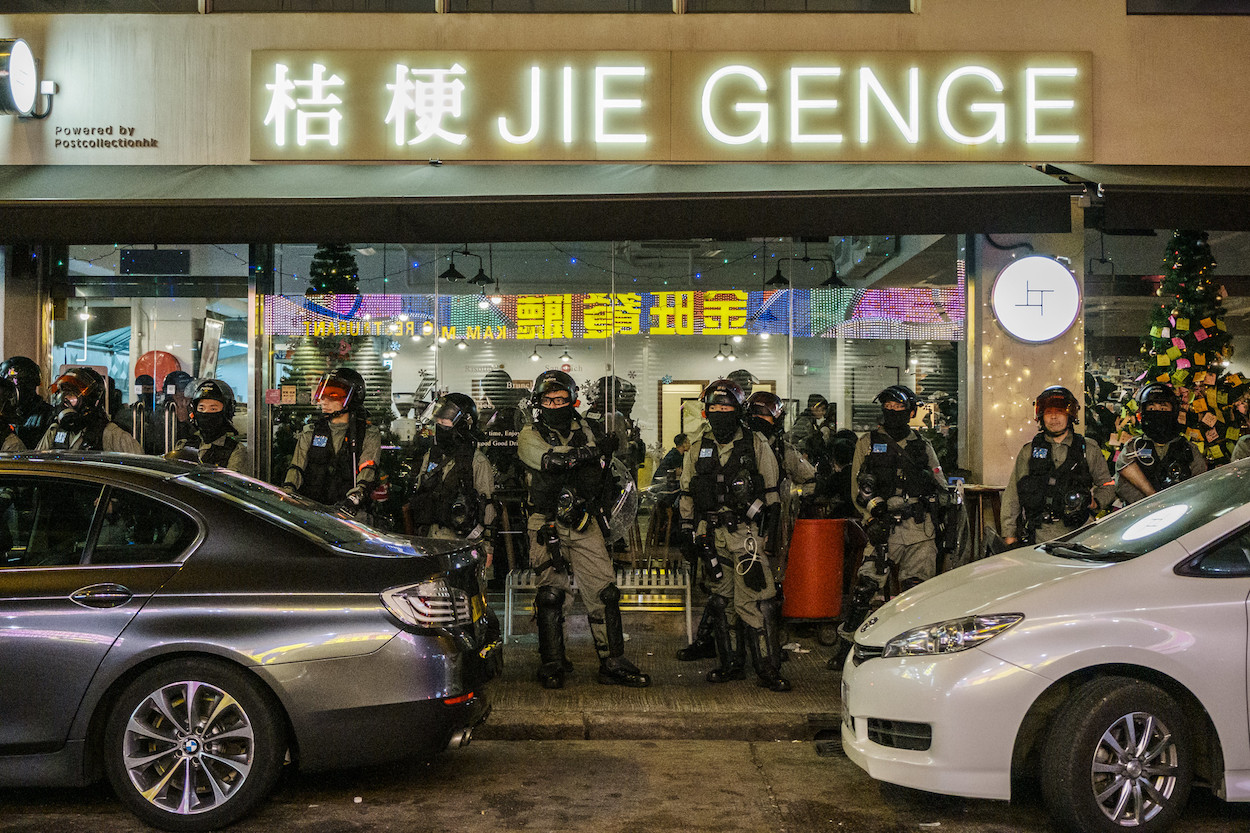 This proves a significant blow to the Spark Alliance, which ran one of the largest networks to provide legal and medical support for demonstrators, and the group will need to find new ways of continuing to operate

An eighteen-year-old demonstrator was also arrested by police in Kwun Tong on December 24th after being found in possession of half a kilogram of explosives by police. However, as with similar arrests of demonstrators on charges of possessing explosives, some question the veracity of these accusations.

Continuing the pattern of major holidays seeing spikes in protests, the Civil Human Rights Front has called for a march over the new year’s on January 1st. The Civil Human Rights Front is the primary organizer of the largest demonstrations which have taken place over the last six months of protests, including demonstrations that drew up to 2 million participants. Protests will continue in Hong Kong, then.