OVER FIFTY pro-democracy politicians were arrested today in Hong Kong, in the largest set of arrests in an ongoing crackdown that has taken place across past weeks. The arrests effectively seek to wholly eliminate the pan-Democratic opposition.

The arrests took place between 7 AM and 8 AM today, with individuals arrested at their homes. Individuals were arrested on the basis of the national security law passed by China’s National People’s Congress in June or on charges of subverting the state. Among those were arrested were Gwyneth Ho, Jimmy Sham, “Long Hair” Leung Kwok-hung, Kwok Ka-ki, Prince Wong, Tiffany Yuen, Ventus Lau, and others, with the youngest of those arrested being twenty-three years old and the oldest being sixty-four. Hong Kong’s first ethnic minority social worker, Jeffrey Andrews, was also among those arrested. 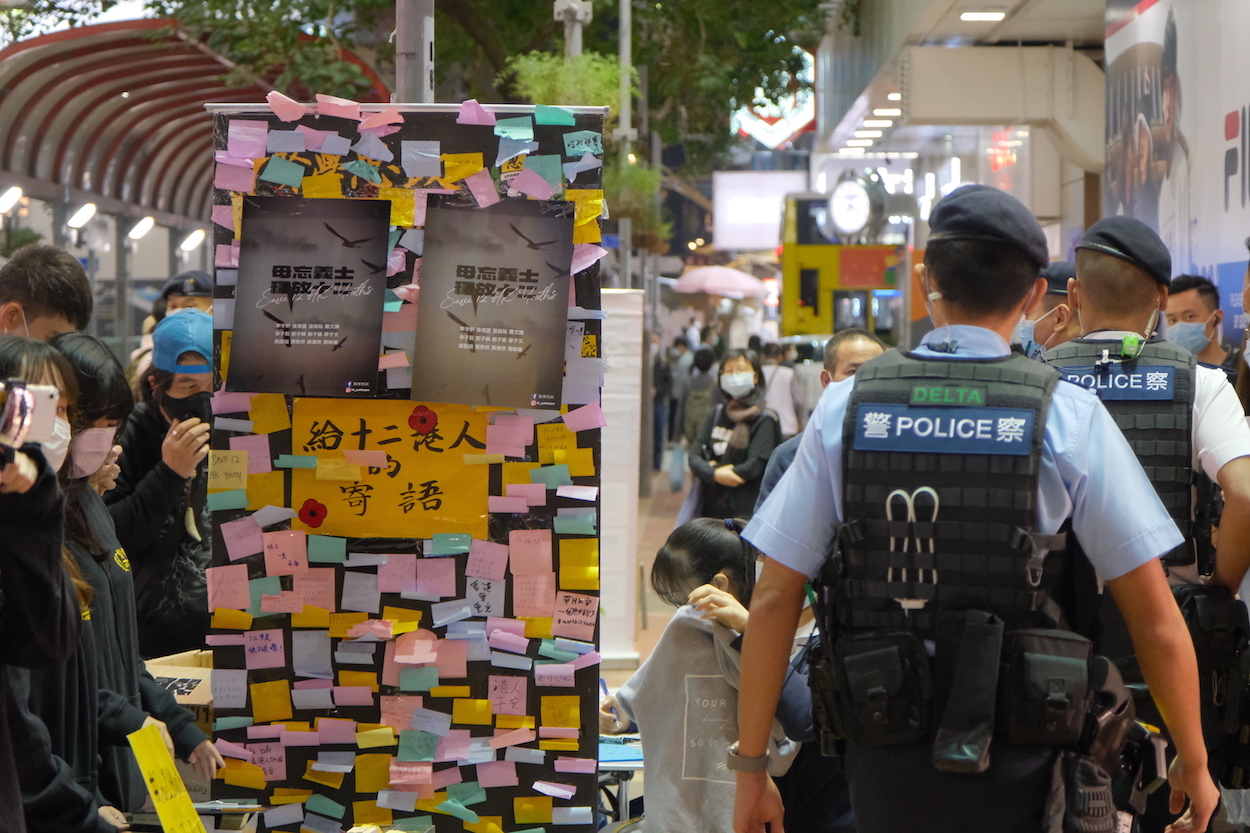 The arrested represent pro-democracy politicians both young and old and from a variety of ideological persuasions, ranging from former Demosisto members such as Yuen to localists such as Lau, and veteran politicians such as pan-Democratic stalwart Leung and political newcomers such as Ho, a former Stand News reporter. Over 1,000 police officers were deployed to carry out the arrests, and 72 locations were searched.

The Hong Kong government claimed that pan-Democratic politicians were involved in a plot to seize the majority in LegCo and prevent the operations of government. In past months, pan-Democratic politicians have sought to block the pro-Beijing camp from passing motions in LegCo through continual filibusters, something that the Hong Kong government has sought to use as a justification to remove them from office with this claim that they are disrupting the basic ability of government to operate.

In the months since, one has seen numerous waves of arrests targeting pro-democracy politicians and activists. Much international attention has gone to the arrest of three prominent members of the disbanded youth activist group Demosisto, Joshua Wong, Agnes Chow, and Ivan Lam, and Apple Daily owner Jimmy Lai. Wong’s residence was searched by police this morning for an hour and a half, though Wong remains in jail. To this extent, former University of Hong Kong professor Benny Tai, one of the organizers of Occupy Central, was also arrested today as part of the crackdown, along with district councilor Andrew Chiu. It is feared by some that the crackdown will next turn toward pro-democracy, while police have sought to label Tai as one of the ringleaders of the plot to seize control of LegCo. In comments, Hong Kong Secretary for Security John Lee has claimed that this was part of a ten-step “mutual destruction” plot by pan-Democrats, referencing an editorial by Tai and broader calls for “mutual destruction” tactics to be used in the movement for democracy in Hong Kong that began with localists. 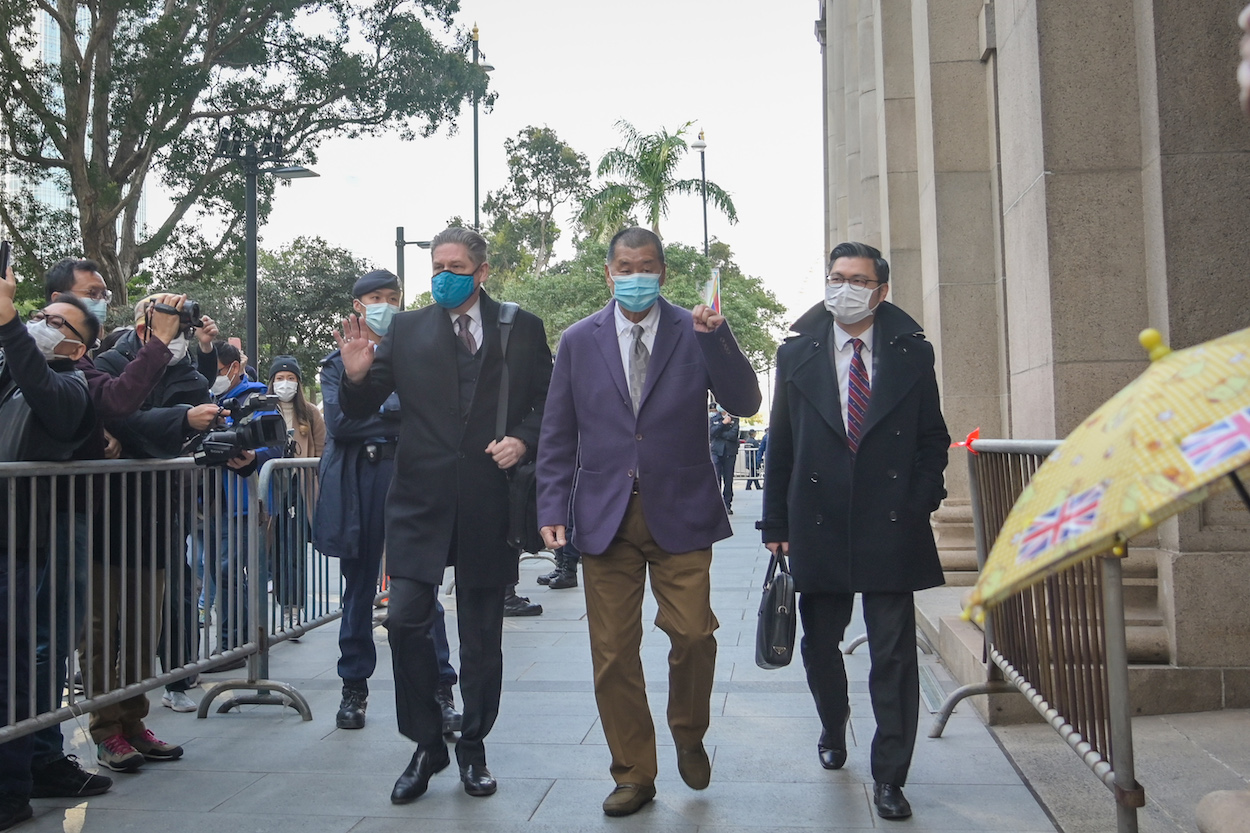 The offices of the Hong Kong Public Opinion Research Institute (HKPORI) were searched by authorities today, with the offices of pro-democracy media outlets Stand News, InMedia, and the Apple Daily visited by police. Though police did not search the offices of Stand News, they delivered a request for documents related to the national security law. While earlier reports that HKPORI director Robert Chung had been arrested later turned out to be incorrect, the police search of HKPORI’s offices was particularly concerning because HKPORI conducted the technical organization of the primary last year. It is thought that police may have been seeking stored information regarding the 600,000 participants of the primary, but HKPORI has stated that this information was physically destroyed before the search took place.

International reactions to the arrests have come from members of the incoming Biden administration such as Secretary of State nominee Anthony Blinken, European Union politicians, and others. In comments, Taiwanese government spokespersons referred to Hong Kong as having become the “Purgatory of the Orient”.

It was previously thought that the Chinese government’s wave of crackdowns conducted both domestically and in Hong Kong was aimed at avoiding scrutiny from the international world, by timing arrests with the holidays. Nevertheless, as we enter the new year, it is clear that such crackdowns will likely continue, and may grow in scope.