JOSHUA WONG of Demosisto was blocked from running in district council elections by the Hong Kong government earlier this week. The elections—which will be held on November 24th, 2019—are to 452 vacant seats in all 18 district councils in Hong Kong, out of a total of 479 seats.

Wong, 23, rose to prominence in Hong Kong in the years before the Umbrella Movement as the convener of Scholarism, composed of secondary school students protesting against attempts to instill Chinese national in Hongkongers through the education curriculum. Wong was then catapulted to international superstardom by his role in the Umbrella Movement. 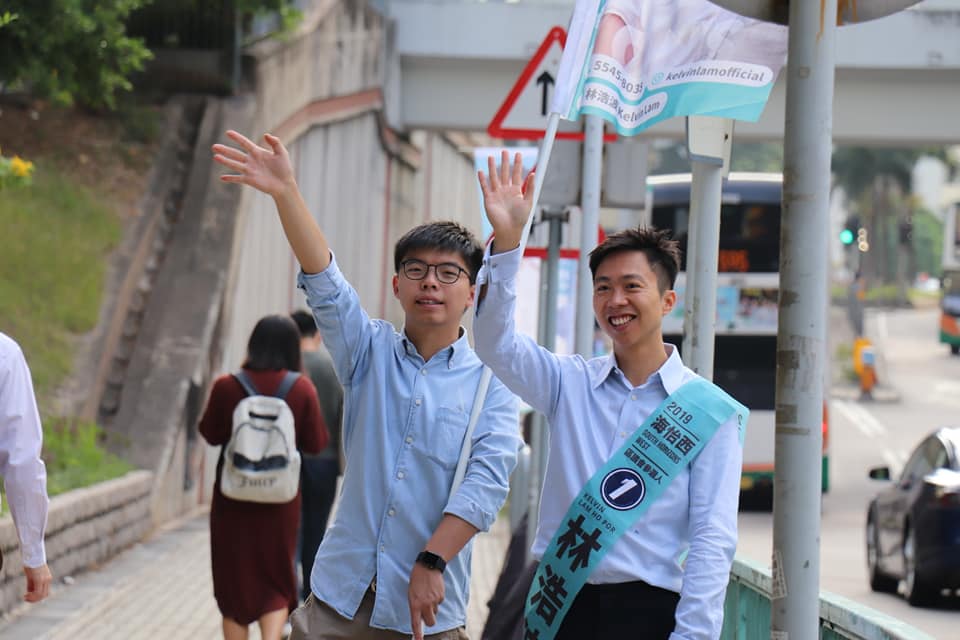 Joshua Wong (left) with Kelvin Lam (right), who will be running in the South Horizons West constituency after Wong was banned from running. Photo credit: Kelvin Lam/Facebook

Subsequently, with Scholarism’s dissolution and reorganization as the political party Demosisto, Wong has remained active in Hong Kong activism. Wong does not play a leading role in the current set of protests the way that he did during the Umbrella Movement, given that the movement is decentralized and leaderless in nature, but Wong has used his international fame in order to act as an international spokesperson for the movement, particularly by traveling abroad to make public speeches.

Wong is the only candidate who was blocked in this set of elections. Pro-democracy groups anticipated that Wong might be blocked from running and, consequently, have arranged for back-up candidates. This has been a strategy that has been adopted since 2016, when pro-democracy candidates began to be blocked from running in LegCo elections, most famously with localist candidate Edward Leung. Wong will now endorse Kelvin Lam in his stead.

Wong and other candidates running likely anticipated potentially being blocked. However, with fears that the present movement will eventually run out of steam, being blocked from elections would be a means of reminding the public of the concrete results of the deterioration of political freedoms in Hong Kong. This would also be a means of using Wong’s international fame to again put the movement in international news after twenty-one consecutive weeks of protests has led to a decline in the number of headlines covering the movement.

Many advocates of greater autonomy for Hong Kong likely hope for some notion of Hong Kong self-determination as their end goal, but fear provoking military reprisals from China through outright independence advocacy. At the same time, localist slogans as Edward Leung’s campaign slogan, “Restore Hong Kong, Revolution of Our Times” (光復香港，時代革命) have become ubiquitous in the current set of protests in Hong Kong, and advocacy for Hong Kong independence more common—precisely as the result of harsh policing measures taken by the Hong Kong government and Beijing against protesters.

Indeed, some of Beijing’s actions lead one to question how accurate its perception of the events on the ground in Hong Kong are. Much as international media has not always understood that Joshua Wong is not a leader of the present protests, Beijing itself may not realize this. Previous attempts to arrest Wong and other key figures of the Umbrella Movement may have been with the view that this would decapitate the current movement’s leadership, leading to a collapse in organization. But, if so, this would be on the basis of an inaccurate perception of the present movement.

Banning Wong from running in elections will not accomplish anything substantial, nor is it likely to discourage demonstrators, who are unlikely to have hitched their fortunes to an electoral strategy at this late-stage in the movement. It is well-known that even if the current slate of pro-democracy demonstrators wins elections in November, they could still potentially be removed from office after the fact if Beijing so decides, as occurred in 2017 with an oath-taking row that led to the disqualification of six legislators. However, Wong and others may see elections as a way of redirecting the energy of the movement toward a new outlet, as means of maintaining a holding pattern to lessen tensions and avoiding a cycle of continually escalating violence between protesters and police.

Either way, violent clashes between protesters and police are likely to continue, as observed in demonstrations in Tuen Mun in past nights and clashes with police over Halloween festivities yesterday in Central, Mong Kok, Prince Edward, Yau Ma Tei, and other locations. 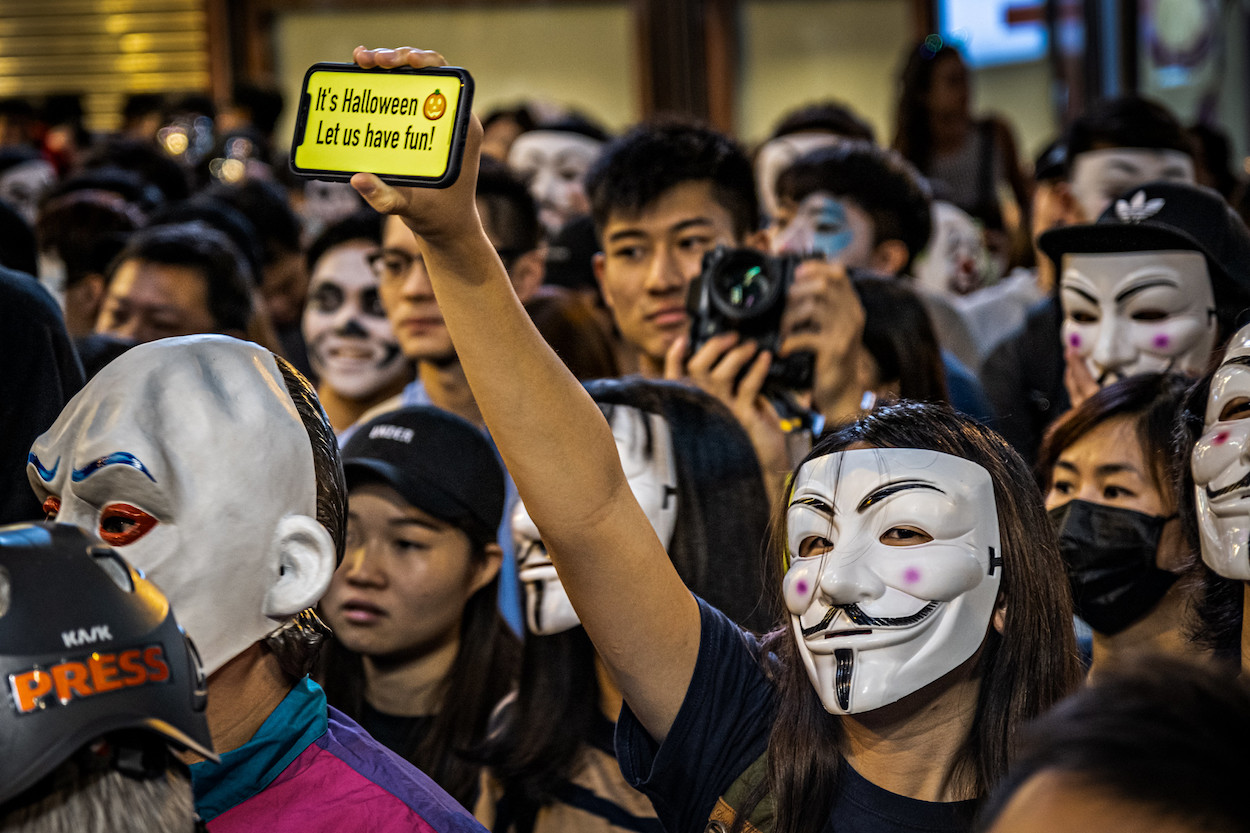 Protests are expected to continue in Hong Kong, then, regardless of whether the movement next takes an electoral turn or not.