11 PM is also when the law came into effect, meaning that the details of the legislation only became known shortly before it took effect. As the NPC circumvented the autonomy of the Hong Kong Legislative Council to pass the law, the details of the law were unknown ahead of time to most Hongkongers, including senior government officials such as Chief Executive Carrie Lam, Hong Kong’s top government official.

Although many were already fearing the worst, the details of the new law indicated even more stringent measures than previously anticipated. With the criminalization of acts of sedition and subversion of state power, the minimum jail sentence is three years and the maximum jail sentence is life imprisonment, though there are no provisions for use of the death penalty. New security agencies will be set up in Hong Kong to investigate acts of sedition, subversion of state power, and collusion with foreign powers. Given the vagueness of the charges which the security law draws on, seeing as “sedition”, “subversion of state power,” “terrorism” and “collusion with foreign powers” could be broadly defined, the law could be simply used as a means for the Hong Kong government to target anyone it wishes to.

Significantly, the law applies to individuals who are not permanent residents of Hong Kong. In theory, non-Hongkongers could be prosecuted under the law, which could affect individuals transiting through Hong Kong, a major transport hub. Taiwanese that support Taiwanese independence, for example, could in theory be targeted under the national security law if they transfer planes in Hong Kong. This has been phrased sometimes as the law being broad enough to apply to everyone, anywhere in the world.

It is also possible that the extraterritorial provisions of the law will be used to target the increasingly large number of Hongkongers that have fled Hong Kong. Countries that are diplomatically friendly with China may, for example, be willing to extradite Hongkongers on the basis of the security law. In this sense, the national security legislation accomplishes the aims of the proposed extradition law that originally sparked the protests that have taken place in Hong Kong for the past year. To this extent, one notes that Hongkongers have been deported to face political charges in China from foreign countries before; Causeway Bay bookseller Gui Minhai was originally kidnapped from Thailand in October 2015, something that was unlikely to have happened without the cooperation of Thai authorities.

The Taiwanese government today officially unveiled a new office to assist Hongkongers seeking work, study, investment opportunities, or asylum in Taiwan. The office is located in downtown Taipei in the same building that houses the Taiwan Foundation for Democracy, a non-profit organization funded by the Taiwanese Ministry of Foreign Affairs. The office has around two dozen staffers and has at least twenty hotlines set up for Hongkongers. 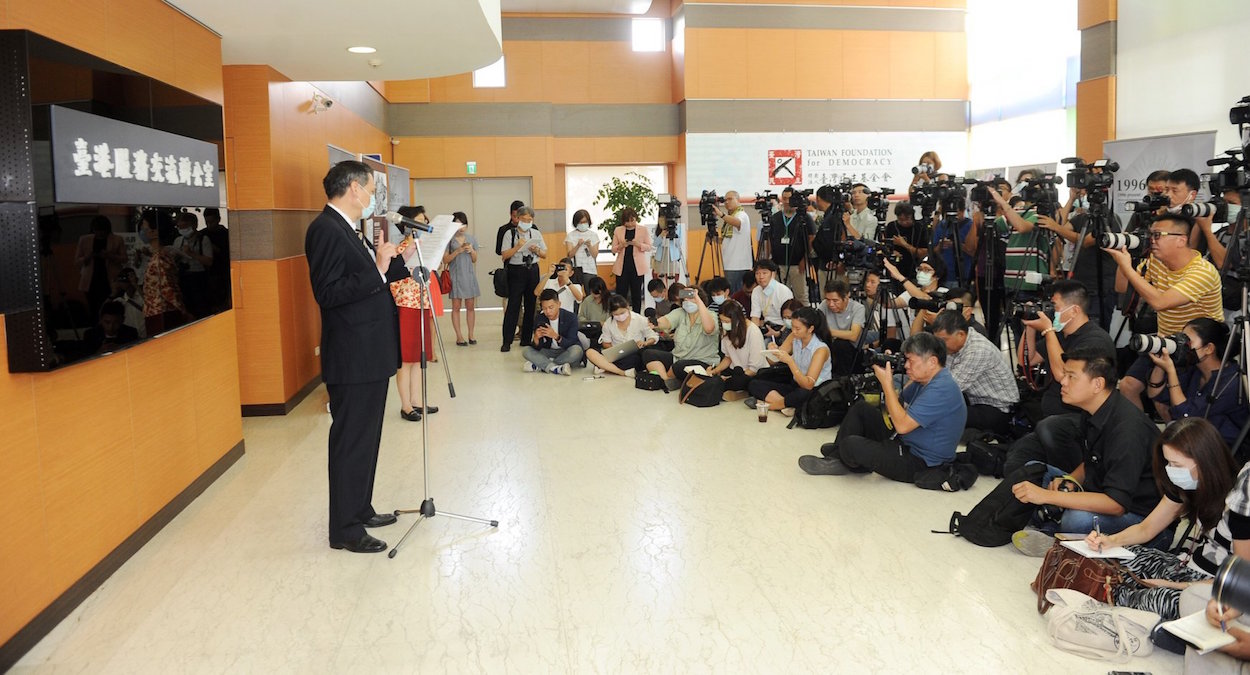 The new office, which is named the Taiwan-Hong Kong Office for Exchanges and Services, has been touted by former Sunflower Movement student leader and DPP deputy secretary-general Lin Fei-fan and president Tsai Ing-wen as a way to assist Hongkongers. Tsai reiterated on Sunday that she may seek to end Hong Kong’s preferential status under Article 60 of the Laws and Regulations Regarding Hong Kong and Macao Affairs. Though Tsai was previously criticized as potentially seeking to abandon Hong Kong in suggesting that she may use this legal provision, in the wake of criticisms, this led to proposals for the opening of the Taiwan-Hong Kong Office.

However, the bigger question at hand is whether this office will, in fact, be able to assist the Hongkongers who are the most politically threatened, seeing as it is located in Taipei. Taiwan’s borders are also currently closed due to the ongoing COVID-19 pandemic.

Those most in need of political asylum are those without the financial means to secure work, study, or other forms of residency in Taiwan, such as frontline protesters who may not be even eighteen years old, and may not have graduated high school. At the same time, if the Taiwanese government were to set up institutions for Hongkongers to apply for asylum directly in Hong Kong, this would risk reprisals from China under the auspices of the new national security law. The Chinese government has already issued warnings against Taiwan providing shelter to “rioters” and one notes that the provisions of the national security law specify targeting various forms of “assistance,” such as that which the Taiwanese government may seek to provide to Hongkongers.

The Tsai administration has stated that Hongkongers will need to arrive in Taiwan through legal means, though further measures may be rolled out for Hongkongers to provide for their travel to Taiwan in the future. Yet Hongkongers could be prevented from leaving Hong Kong at the border, requiring that they seek illegal means of traveling to Taiwan. 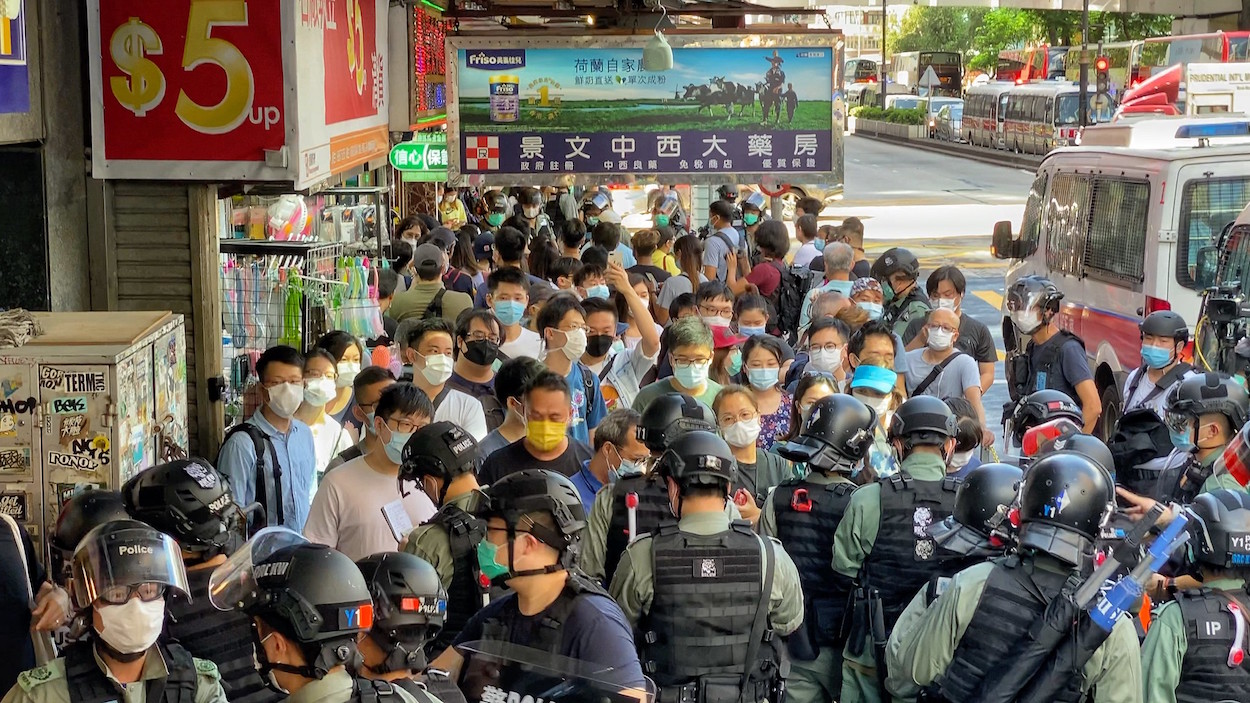 In order to avoid reprisals, it is possible that government institutions such as the Taiwan-Hong Kong Office will seek to create space for individuals and civil society groups to carry out their own initiatives to transport Hongkongers to Taiwan, such as with reports that some of the Hongkongers that have fled were secretly transported to Taiwan by hiding on fishing vessels. In effect, this would be leaving the “dirty work” up to individuals and civil society groups, so that the Taiwanese government can maintain plausible deniability to avoid retaliation from China. It is still unknown whether this will happen.

Other nations may roll out measures for Hongkongers going forward. Questions remain, for example, about the possibility of Britain granting passports to potentially millions of Hongkongers. New legislation, the Hong Kong People’s Freedom and Choice Act, has also been proposed in the American House of Representatives, with the claims that this will provide assistance to Hongkongers.

And in the meantime, demonstrations after the passage of the new national security legislation have already broken out in Hong Kong, with arrests during protests this afternoon.