INTERNAL SPLITS within the NPP continue, with Huang Kuo-chang, one of the party’s two remaining legislators and the party’s former chair, suggesting earlier this week that he will not run for reelection as legislator. Huang has suggested that Lai Jia-lun, the director of his office, may run in his place and rumors swirl that he may try to enter Ko Wen-je’s Taiwan People’s Party. Huang currently represents New Taipei District 12 as legislator.

Responses were immediate, with the NPP’s Songshan-Xinyi legislative candidate, Chen Yu-fan lashing out at Huang on Facebook that Huang not running for reelection is effectively sacrificing New Taipei District 12 for the NPP.

It is to be questioned what Huang’s next political steps will be if he does not run. With the departure of legislators Freddy Lim—Huang’s factional rival within the NPP—and the removal of legislator Kawlo Iyun, the departure of Hung Tzu-yung, as well as the resignation of chair Handy Chiu, it has been speculated that Huang could potentially take up the leadership of the party again. If so, the internal rules of the NPP would have to be changed, seeing as only central committee members can run for party chair.

Huang chose not to run for reelection as party chair in January and decided not to retain his seat on the party’s central committee, leading to Chiu becoming the NPP’s chair, with Freddy Lim seeming to have no interest in running for chair. But Chiu proved a weak leader, apparently unable to resolve the internal contradictions within the party regarding whether to support current president Tsai Ing-wen in her reelection bid or not.

Huang seemed to be one the key sources of the tensions that Chiu was unable to resolve. While Chiu became chair, in part, with Huang’s support, Huang seemed to violently disagree with the direction of the NPP after vacating his seat as chair, suggesting that he might not run for reelection, or that he would leave the party. Rumors began to swirl that Huang was considering breaking off from the NPP to form a new party along with livestreaming personality Holger Chen, which would be named “White Force,” particularly after Huang and Chen organized a rally against Chinese influence on Taiwanese media independently of the NPP.

But Chiu’s resignation, followed by Hung Tzu-yung’s departure, suggests that Huang was not the only voice on the NPP’s central committee opposed to working with the DPP. Holger Chen recently announced that he was running for president before later claiming this was a joke. 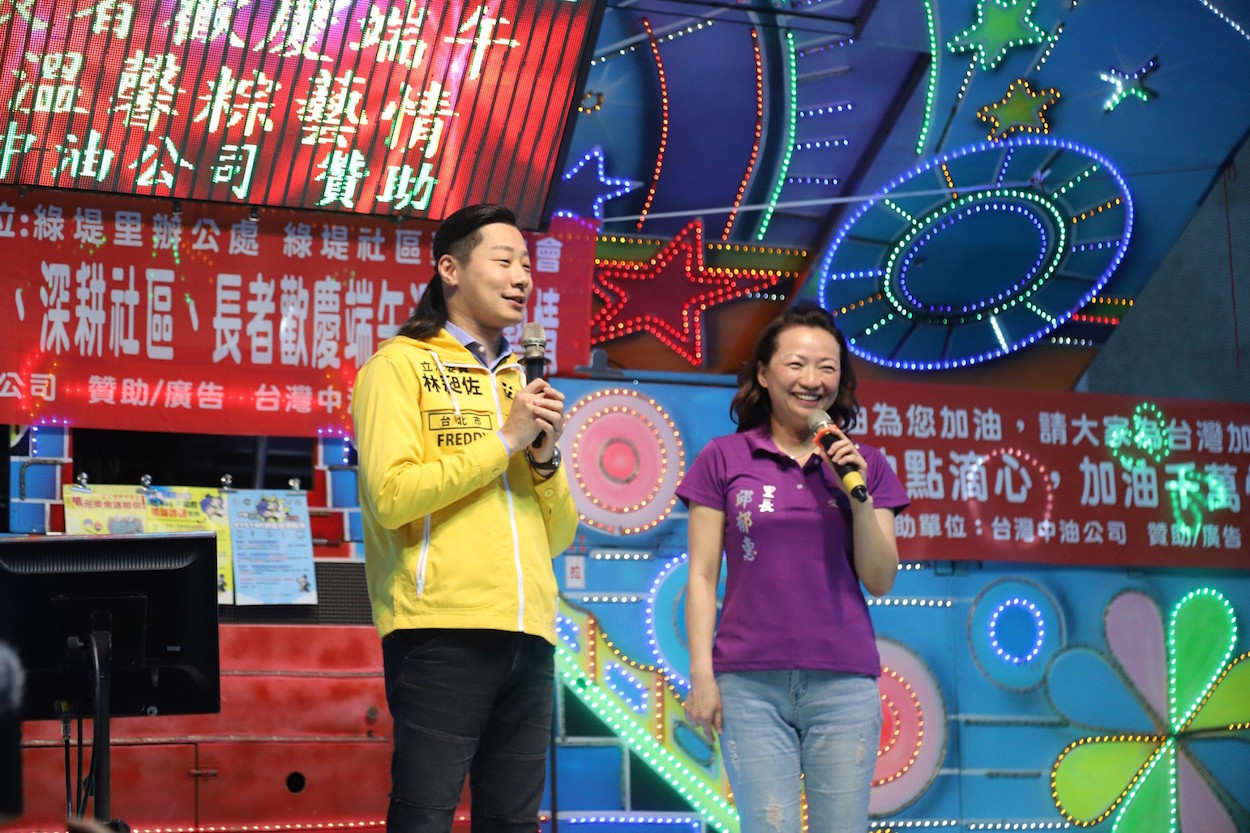 If Huang does not run for reelection and effectively vacates his seat as legislator, the NPP’s sole remaining legislator would be Hsu Yung-ming, who is more closely affiliated with Huang, whereas Hung Tzu-yung was closely aligned with Freddy Lim. With Huang and Hsu as the NPP’s only two remaining legislators, the party is already unable to form a caucus within the Legislative Yuan, which requires three legislators, making the party have less representation in the Legislative Yuan than even the People First Party overnight.

Despite the fact that the NPP central committee urged Handy Chiu to stay in the party and remain as party chair on Monday immediately before Hung announced her withdrawal from the party, Chiu has not responded to such calls, so Chiu likely does not plan on returning. It is unlikely, in fact, that the party grassroots of the NPP would accept Hsu’s leadership of the NPP as the last man standing of the NPP’s legislators, and so the party’s next leader will likely have to be someone new.

It may be, then, that the current leadership of the NPP has effectively eliminated themselves. That being said, the strongest calls for party unity at present do not come from the current party leadership, which has demonstrated itself in the past weeks to be as prone to political fission to past generations of pro-Taiwan politicians, but from younger members of the party, who are primarily city councilors and also compose the party grassroots.

These are primarily individuals in their twenties and early thirties, rather than the current leadership, which is primarily individuals in their forties—a fact that has sometimes led to the quip that despite emerging from the aftermath of the 2014 Sunflower Movement, the NPP is actually a party more reflective of the generational cohort of the 1990 Wild Lily Movement than the Sunflower Movement. That being said, following the election of the party’s second Central Standing Committee, the party leadership is split between members of this older and younger generation.

As if to confirm this, Taipei city councilor Sabrina Lim, who is 29 years old, represents the Zhongshan-Datong districts of Taipei, and as with the NPP’s other Taipei city councilors, is a protege of Freddy Lim’s, announced plans to run for party chair earlier today. Only current members of the NPP’s Central Standing Committee can run for chair. 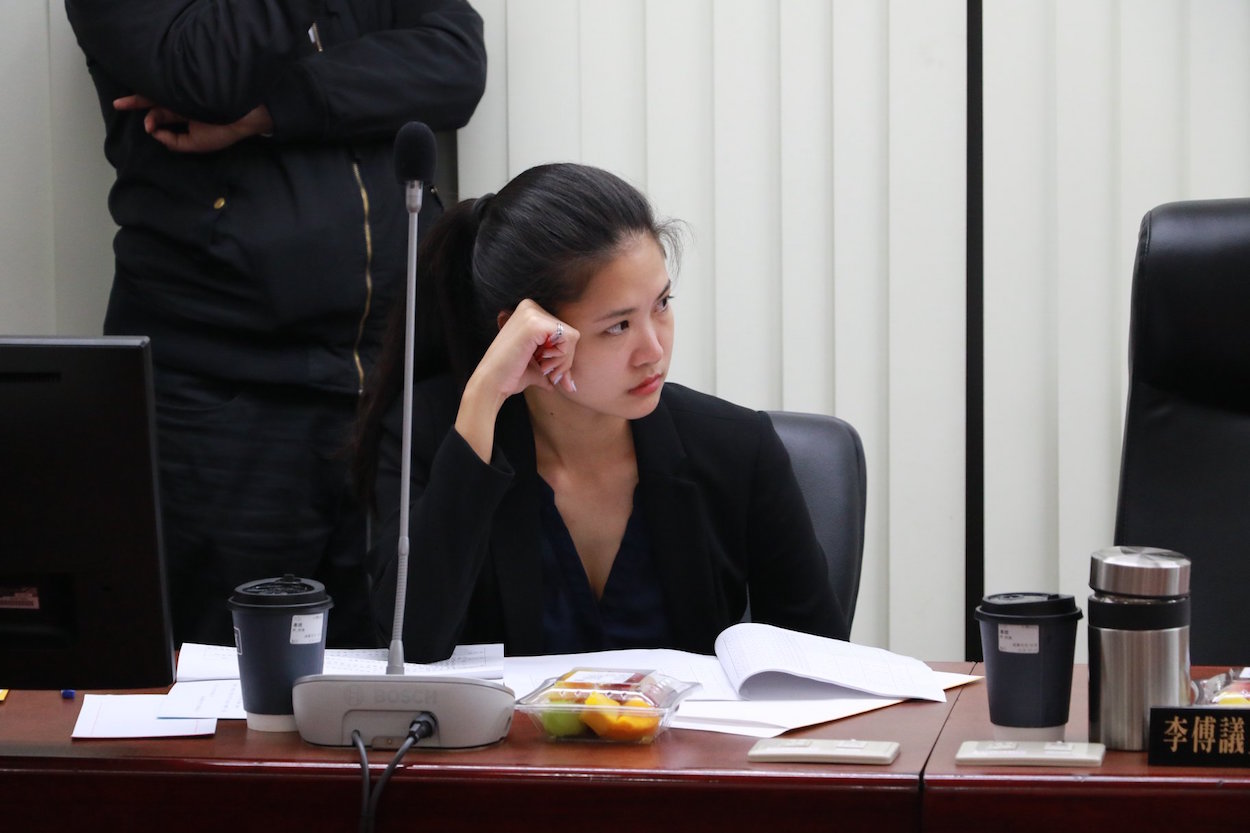 A historical counterfactual which has sometimes been posed also would be that if other projects to form third parties after the Sunflower Movement had gotten off the ground instead of the NPP, the leadership of such a third party might have skewed younger. For example, if Sunflower Movement student leader Chen Wei-ting, a current NPP member, had not had a sexual harassment scandal in his past and had formed a party after a successful run for legislator in Miaoli county, it is likely that a hypothetical party formed by Chen would have had a much younger leadership.

Indeed, voices in the NPP calling for party unity have included Taipei city councilor Meredith Huang and Yunlin county councilor Liao Yu-hsien, with an essay by Wild Lily activist Jou Yi-cheng being widely circulated by NPP members including central committee members of the party. The essay suggests that the party needs to carefully reorganize in order to win back the faith of party supporters. It is likely that these younger members may back Lim’s run for party chair, with at least Huang already endorsing Lim.

It was this younger generation of NPP members which pushed the issue of the party’s stance on whether to support Tsai Ing-wen in her reelection bid or not to begin with, with former city councilor candidate and prominent Sunflower Movement activist Wu Zheng forcing the issue with a 10,000-word open letter on the internal issues faced by the NPP. The NPP’s current crisis in the past weeks erupted in the aftermath of this open letter, which was generally widely praised by younger members of the NPP.

Though the NPP certainly has seen setbacks, with the loss of most of its legislative seats, if NPP is to survive, either way, it is very likely that younger NPP politicians will need to step up and take leadership of the party. As such, one way of viewing the NPP’s current crisis is to view it as a generational turnover within the party.

The younger members of the NPP could perhaps be less prone to fission, given a longer history of working together as grassroots student activists during the Sunflower Movement and in the years before the Sunflower Movement, and a higher level of trust as a result. On the contrary, the development of too many rival political centers within the NPP may have been to its detriment, with the party’s legislators having insufficient trust in other party leaders and proving unaccountable to the party base in unilaterally announcing their withdrawal from the party. 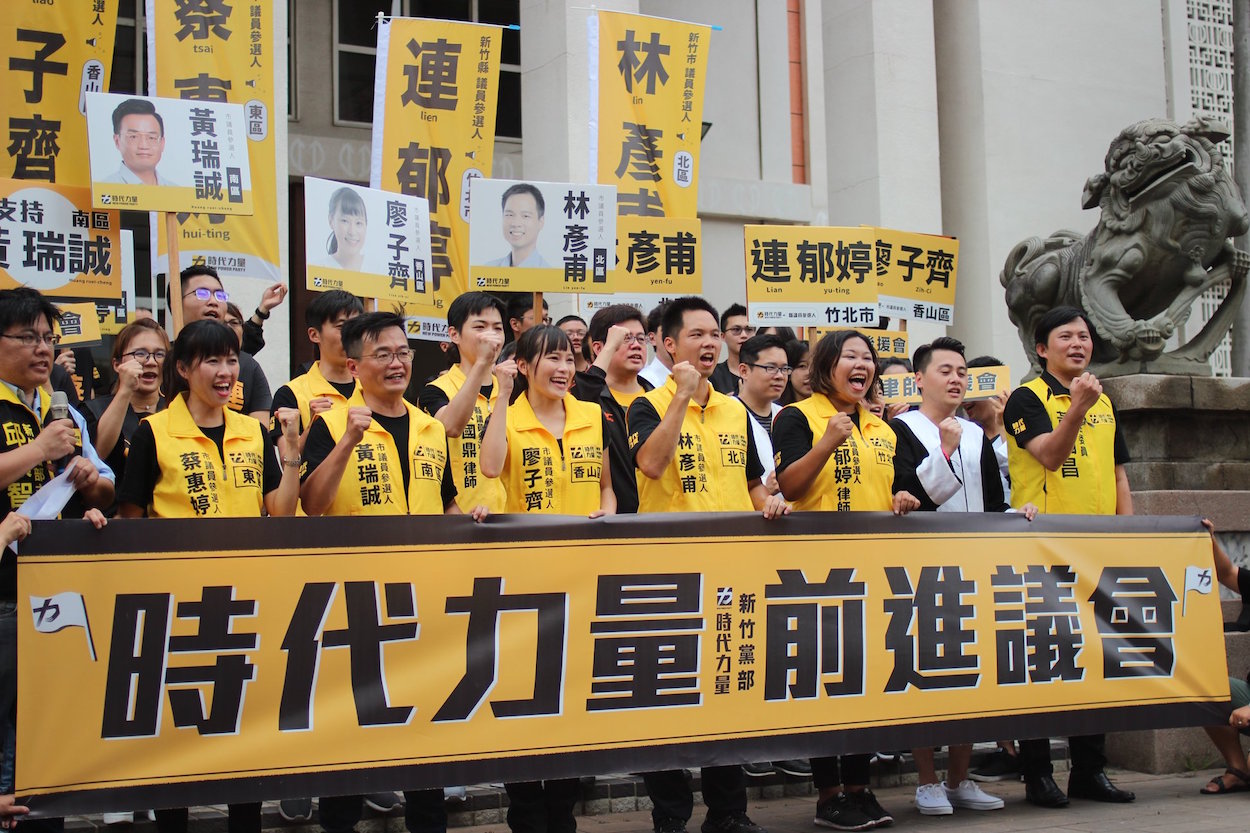 At the same time, even if the NPP were to suddenly disappear as a party, it is unlikely the politicians that are currently part of it would fade from the political landscape. The resistance of NPP members to cooperating with the DPP, particularly among younger members, has weakened in the years since the Sunflower Movement, with the KMT apparently resurgent in last year’s elections.

With Sunflower Movement student leader Lin Fei-fan, a member of the same generational cohort, now the deputy secretary-general of the DPP, it is unlikely that the DPP would not try to recruit former NPP parties in the event of the party dissolving. This would cohere with the flexible pattern of movement between third parties and major parties in Taiwan as well, as in the flexible movement between the PFP and New Party and the KMT. Alternatively, it is also possible that NPP politicians would try to run as independents.

The future of the NPP remains to be seen, then.