After Its First Transition of Power, What Now for the NPP?

THE NEW CHAIR of the NPP was decided earlier this month, with lawyer Handy Chiu becoming the party’s new leader. Similarly, the second central committee of the party was also elected, consisting of eighteen party members. The announcement of the new chair took place on February 15th.

Handy Chiu, a defense lawyer by training that trained in Germany, first became known within the party as the NPP’s Hsinchu legislative candidate in 2016 elections. Chiu originally came to public prominence, however, as a highly successful defense lawyer who represented high-profile activists and took on other social justice-related cases pro bono. As such, Chiu was the subject of the documentary Fight for Justice in 2016. 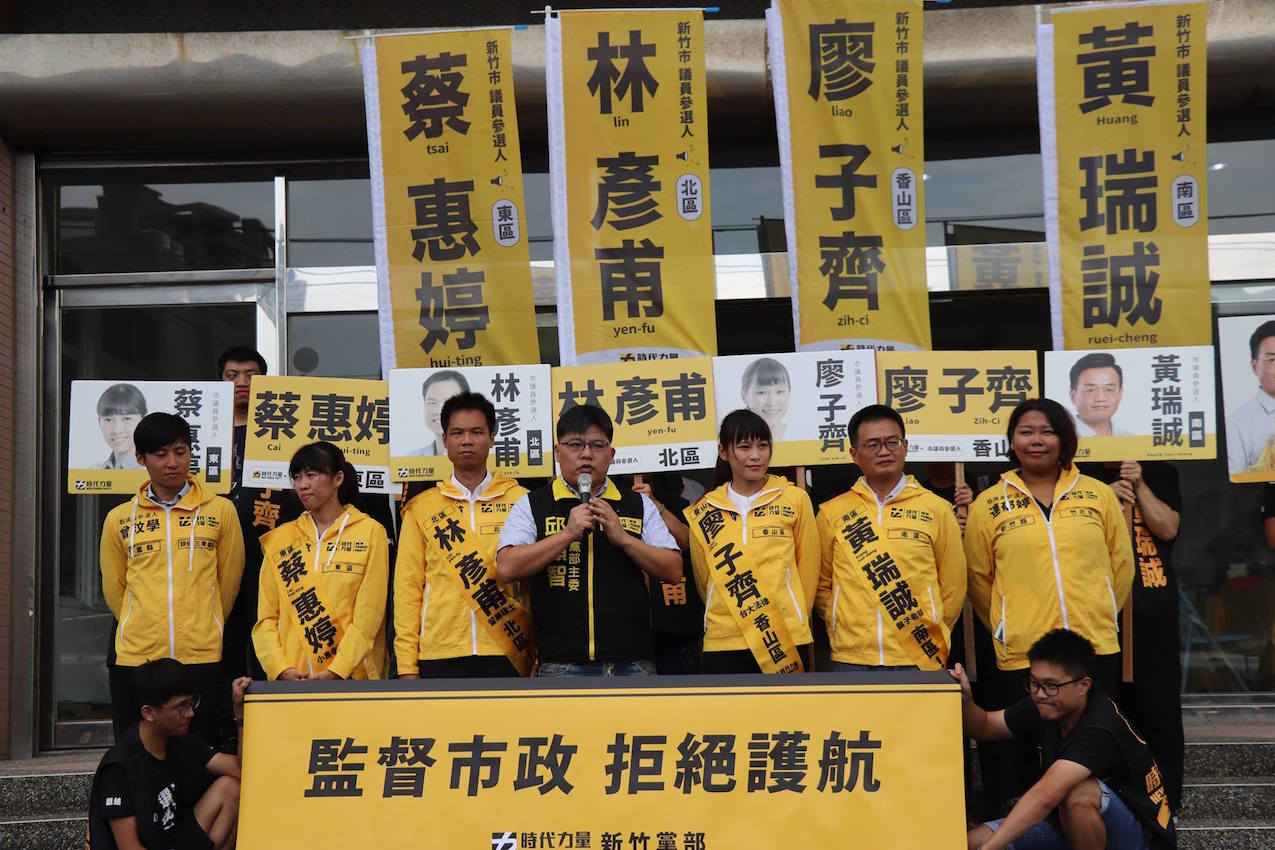 Among the NPP’s candidates, Chiu was the only one who was unsuccessful in winning a legislative seat. Namely, Hsinchu was one of the few areas in which the DPP refused to back out in favor of the NPP. Chiu went up against DPP majority speaker Ker Chien-ming, seen by many youth activists as a symbol of DPP corruption, and lost.

Nevertheless, Chiu stayed on within the party to head up its Hsinchu city council campaign in 2018 nine-in-one elections. Perhaps to the credit of Chiu’s organizational skills and the network that he built up from his failed run in 2016, Hsinchu was unexpectedly one of the locations were the NPP did the best, winning six city council seats. The NPP took sixteen seats across Taiwan as a whole. Chiu may be aiming to run for legislature again in 2020. It was anticipated ahead of time that Chiu would be the NPP’s next chair.

With Chiu as leader, one can expect a decidedly different leadership style than the NPP’s first chair, Huang Kuo-chang, who was known for his stern, aggressive personality, seeing as Chiu is known as a political leader with an open, personable style of leadership. It is to be seen whether Chiu will be publicly seen as a charismatic figure in the same manner as Huang, who earned the nickname “War God” (戰神) in the media for his aggressive criticisms of the DPP and KMT alike, but either way, one expects Huang to continue to be a force within the party. Huang may have possibly supported Chiu becoming the next leader, citing in public comments that Chiu was originally the person who asked him to join the NPP in 2015.

Freddy Lim, who did not run for chair but was regarded as the NPP’s other major party heavyweight, will also likely continue to play a strong role in the leadership of the party. It is possible that Chiu will try to balance between what are perhaps two factions within the NPP, the more tactically aggressive faction led by Huang and the more moderate faction led by Lim.

Indeed, what strikes in an examination of the NPP’s new central committee is the extent to which the new committee is composed of both hawks and moderates, older and younger members, and represents both continuity and change. Party stalwarts such as prominent anti-nuclear activist and New Wave film director Ko I-chen and longtime secretary-general Chen Hui-min remain, although Chen announced that she would be stepping down from her position as secretary-general in order to make way for someone new. 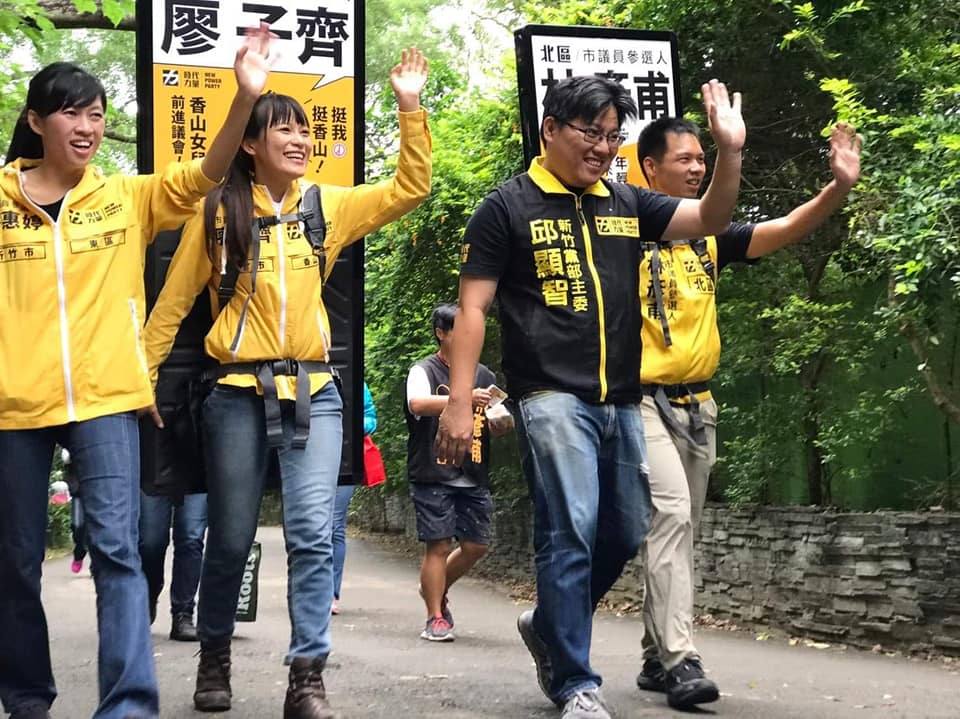 In addition to Chiu as chair, current legislators Freddy Lim, Hung Tzu-yung, Hsu Yung-ming, and Kawlo Iyun are also represented on the panel, making former chair Huang Kuo-chang the only NPP legislator who is not part of the Central Committee—a deliberate move that Huang stated was aimed at ensuring that the party was not reducible to one that orbited around his leadership.

Newly elected city councilors as Lin Liang-jun, Chen Wei-zhong, Zeng Min-xue, Lin Yu-kai, Lin Yi-ying, Wu Wei-ta, and unsuccessful city councilor candidates such as Chen Zhi-min and Hsiao Hsin-cheng are also present on the committee, these tending to be on the younger side, as individuals primarily in their 20s. NPP legislative assistant Li Xiao-wen, lawyer Zeng Wei-kai, and NPP legislative assistant and thinktank researcher Lee Bo-yi are also present on the central committee.

As such, one notes that multiple age groups exist on the NPP’s Central Committee, including individuals in their twenties through forties and older. This may allay accusations that though the NPP presents itself as a youth party, its party leadership is much older, seeing the NPP’s current legislators are generally in their forties.

It also proves significant that while the NPP’s major split during November elections occurred around the issue of whether to back Taipei mayor Ko Wen-je or not, the Central Committee contains both members who supported Ko Wen-je, such as Freddy Lim and Lin Liang-jun, as well as members who opposed Ko Wen-je, such as Zeng Wei-kai. Zeng notably broke from party discipline to urge NPP members based out of the Shilin-Beitou area to support independent candidate Wang Yi-kai instead of the NPP candidate, Meredith Huang, because of her strong support of Ko. It seems that the Central Committee slate suggests that the NPP is moving towards a party with multiple factions and tendencies, but which is thus far able to tolerate them. 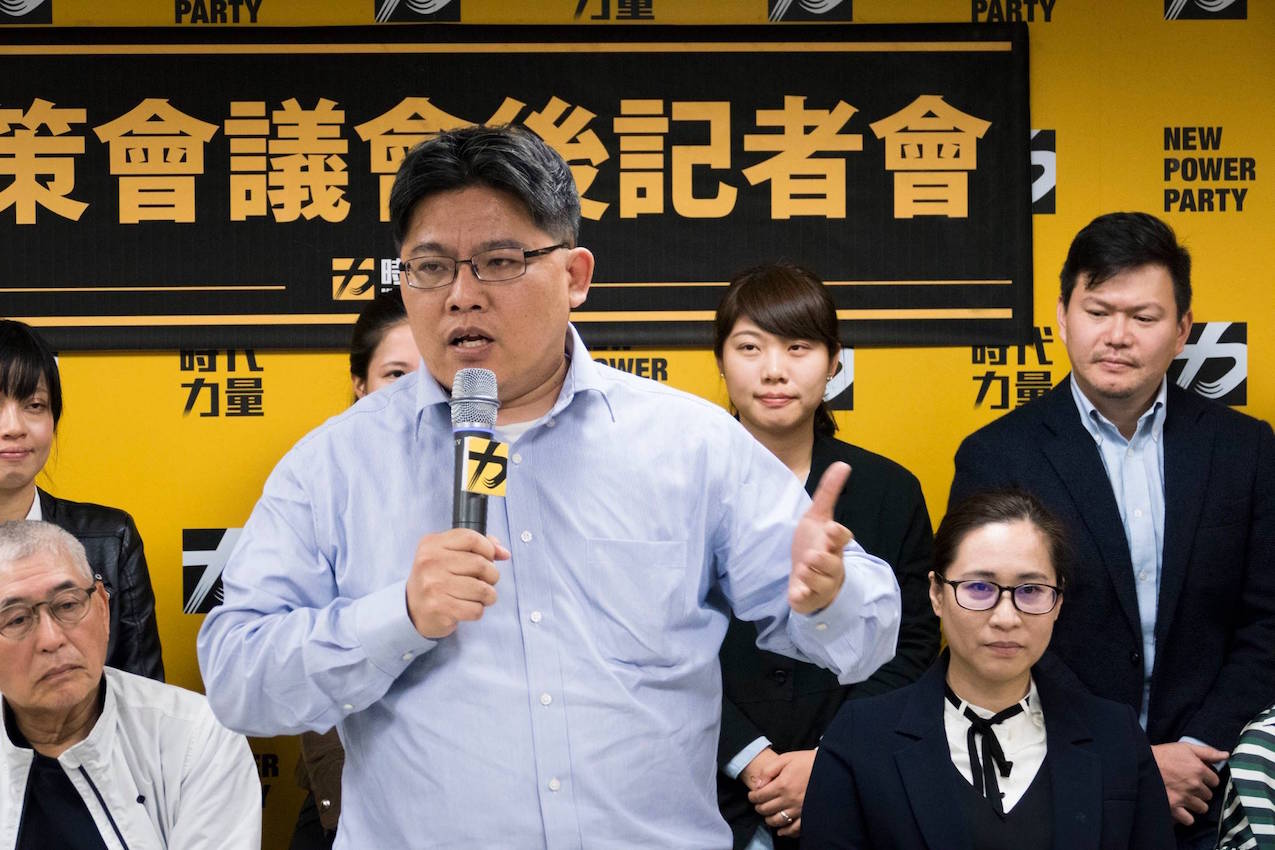 Either way, the NPP’s new Central Committee seems likely to be one which is able to maintain the present operations of the party. As to whether the party is able to expand, that may depend on the Central Committee leadership making themselves more well known among the general public and, in that way, expanding the NPP from a party which is still mainly centered around its five legislators. To this extent, much will also depend on Handy Chiu’s leadership and whether he proves a figure able to capture the attention of the public and media in the same manner that Huang Kuo-chang did.