The NPP’s Internal Crisis Continues, with Hung Tzu-yung Announcing Withdrawal from the Party

FOLLOWING A MEETING of the party’s central committee earlier today, the NPP held a press conference around 3:30 PM, stating that the party hoped for NPP chair Handy Chiu⁠—who resigned as chair of the party yesterday⁠—to stay and continue his tenure as party chair. It was stated in the press conference that the party had not been in contact with Chiu, however, making it a mystery as to whether Chiu would actually accept staying.

NPP legislator Hung Tzu-yung subsequently held a press conference at around 4:30 PM, announcing that she would be withdrawing from the party to run for reelection as an independent. Hung cited her reasons for withdrawing from the NPP as that the party was still unable to resolve its internal issues and to come up with a coherent strategy for 2020 elections, as observed in that the party central committee meeting had primarily focused around the question of Chiu’s departure. 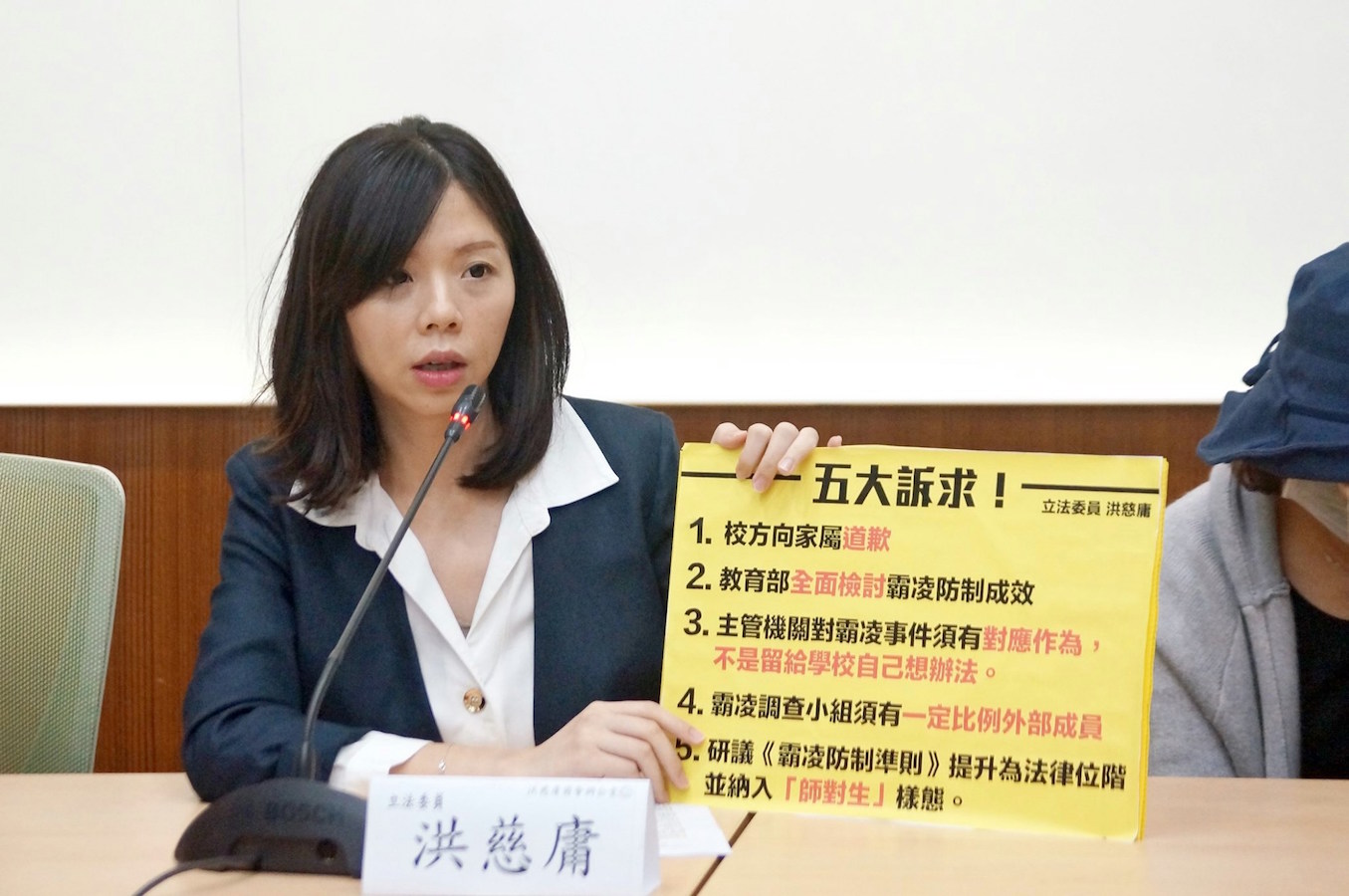 Hung announced that she would be running for office as an independent, not as a member of the DPP, breaking into tears shortly before the press conference ended. Media speculation that Hung would run as a DPP member would have inevitably ensued, seeing as Hung’s husband is DPP politician Cho Kuan-tung, who currently works in the Ministry of Transportation and Communications.

With the removal of NPP legislator Kawlo Iyun from her position as legislator following a conflict of interest scandal and Freddy Lim’s departure from the party with the announcement that he would run as an independent on August 1st, Hung’s departure means that the NPP only retains two legislators⁠—former party leader Huang Kuo-chang and Hsu Yung-ming.

Huang did not seek reelection as party chair, leading to Handy Chiu becoming the next leader of the NPP earlier this year, and did not seek to run to be a member of the NPP’s central party committee. However, with Huang as the remaining heavyweight within the party, it is now questioned whether Huang will seek to run for chair again, or whether he, too, will leave the party.

Huang previously threatened to leave the party if the NPP simply banks on the DPP’s endorsement in 2020 presidential elections. Freddy Lim’s departure from the NPP previously seemed to have forced Huang to stay in the NPP, while also pushing the NPP toward a more concrete position of support for President Tsai Ing-wen. Yet with Hung departing the party, Huang may decide that he may need to cut loose from the party as well. 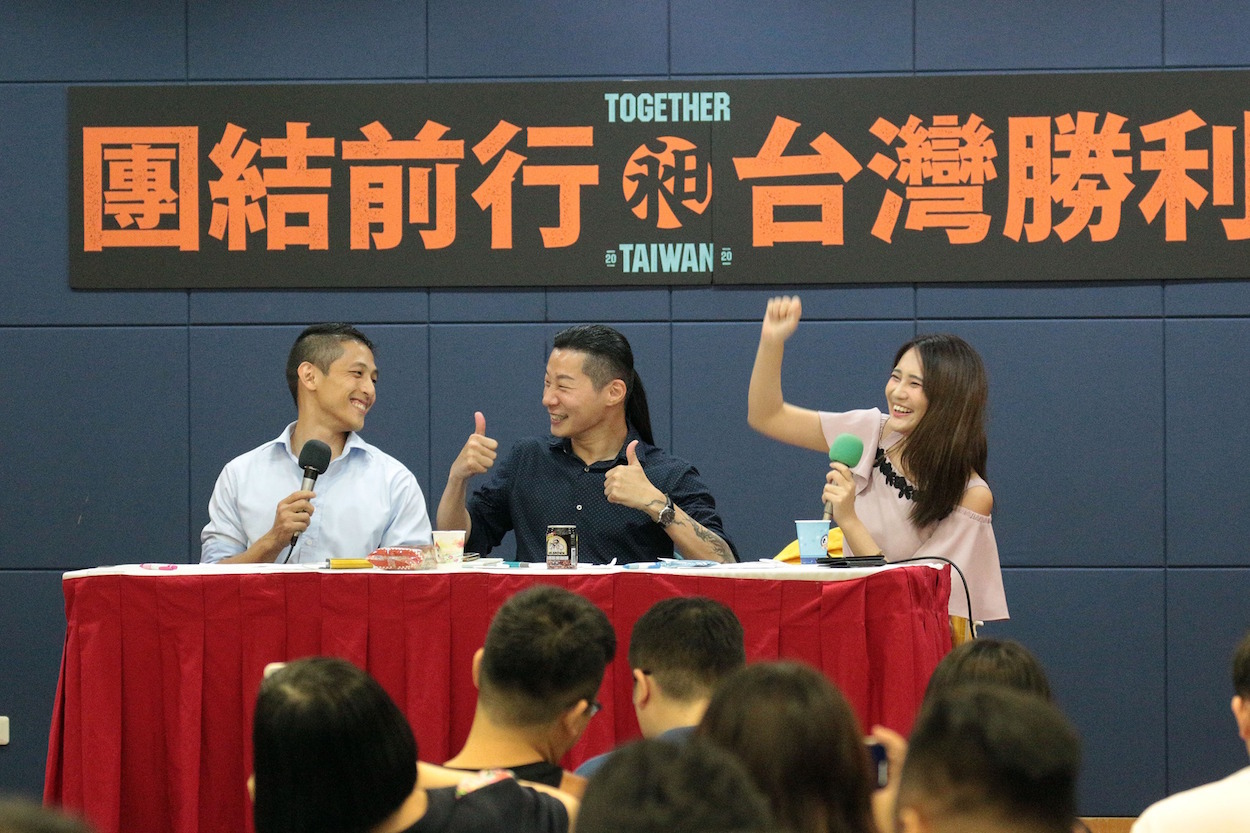 It is to be seen what Hung will do next. It is possible that Hung will align herself with what appears to be tentative moves toward forming a political alliance by fellow departed NPP legislator Freddy Lim, who Hung is close to, but had some disagreements with prior to Lim’s departure from the NPP. This new group, which was formed by Lim online, includes central committee members of the NPP.

It is to be questioned as to whether the political momentum of the NPP is permanently broken, given that many question whether the party has any way of recovering from its current losses. The narrative of the NPP’s political rise unexpectedly reversed course in the past few weeks, with sudden splits emerging in the party going into 2020 elections.

If the party remains intact, it may remain a small party with no real possibility of growing beyond a third party. If the party is to dissolve, it is not impossible that the current members of the NPP could realign under new auspices, incorporating other Third Force parties and departed members into a larger alliance. But this seems unlikely, given the deep-rooted grudges which have taken root among Third Force groupings in past years. Likewise, as the largest post-Sunflower Movement Third Force party, if the NPP were to dissolve, it seems unlikely that any other third party could grow to as large a size because of the fact that the NPP carried the momentum of the 2014 Sunflower Movement, and could claim to be a legacy of the movement.

If the party has a future, however, it may be for the younger generation of politicians within the NPP, primarily newly elected city councilors in 2018 elections in their 20s and early 30s, to take control of the party. Namely, despite the claim that the NPP is a post-Sunflower Movement political party, the party leadership is primarily individuals in their 40s rather than the college students and graduate students that composed the bulk of participants in the movement. This has sometimes has led to the joke that the NPP is actually a party more reflective of the activists of the 1990 Wild Lily Movement rather than of the 2014 Sunflower Movement.

This younger generation of NPP politicians has become increasingly assertive in trying to push the party toward stronger support of Tsai Ing-wen, beginning with former Taipei city councilor candidate Wu Zheng publishing a 10,000-word open letter on Facebook critiquing the party’s internal issues in July, provoking much soul-searching within the party, and arguably being the first major event in the NPP’s internal crisis over the past few weeks.

And in the aftermath of Hung’s departure, Taipei city councilor Meredith Huang has, for example, been among those call on the party to firmly reflect on why the party has been unable to arrive at a more concrete stance with five months left until 2020 elections, leading to the current internal crisis of the party. As of press time, no members of this younger generation of the NPP have yet announced that they will be departing the party.

Ironically, the internal crisis faced by the NPP actually comes at a time in which the pan-Green camp looks like it is consolidating, with the DPP proving willing to work with not only the NPP, but also the Taiwan Statebuilding Party in 2020 elections, having incorporated former Sunflower Movement activists such as prominent student leader Lin Fei-fan into the party, with Lin recently taking up a position as the DPP’s vice secretary-general, and Chiu having met with DPP secretary-general Cho Jung-tai to discuss possible cooperation.

The fate of the NPP, as well as the Third Force as a whole, remains to be seen, then.