DESPITE THE RAIN, between fifty and eighty people turned out yesterday at the Chiang Kai-Shek Memorial for a demonstration calling for arrested Taiwanese human rights advocate Lee Ming-Che’s release. Lee has been detained in China since March. It remains unclear as to why Lee was detained by China, except that it may have to do with Lee’s work with Chinese human rights NGOs, or because Lee formerly worked at DPP headquarters. 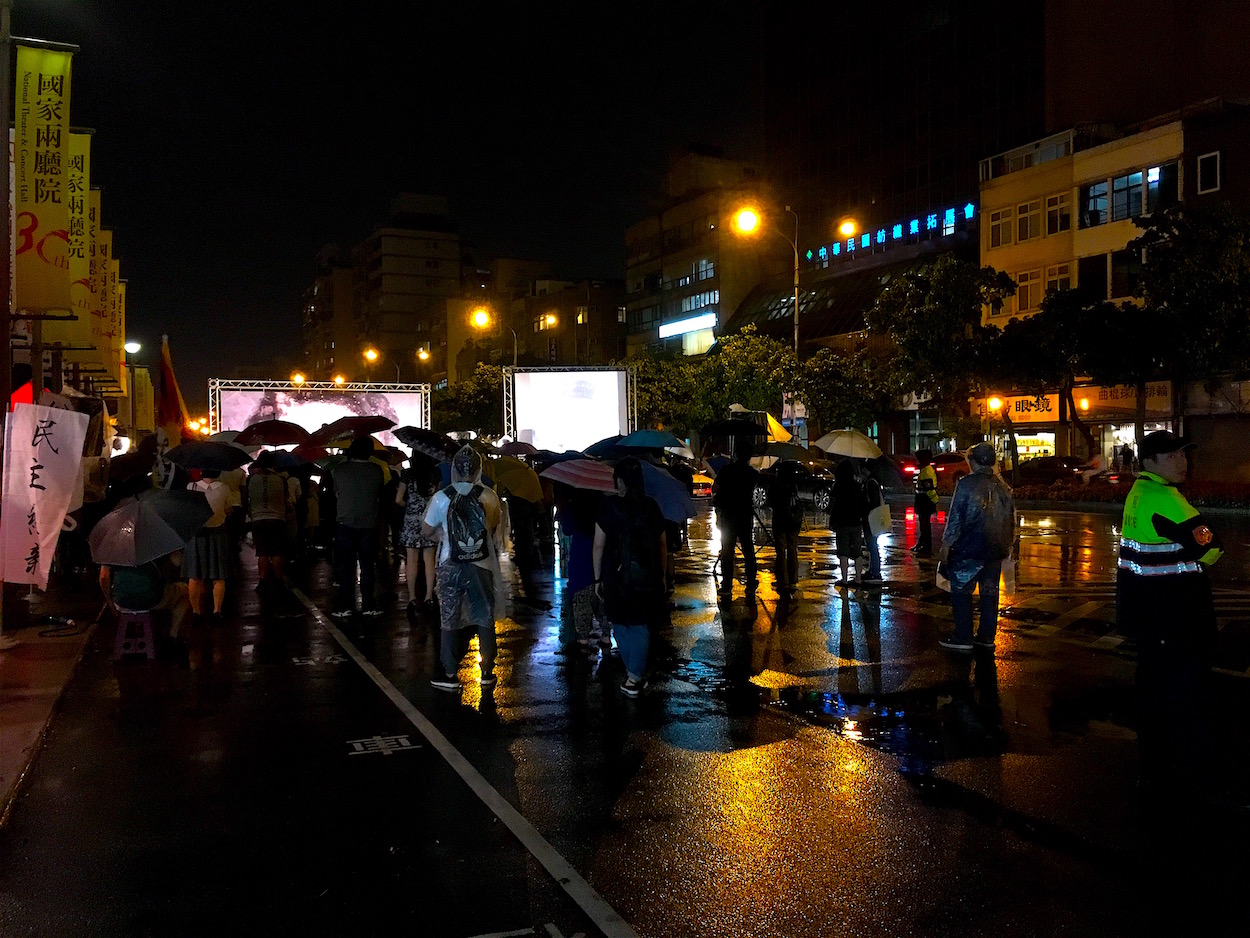 Speeches raised both criticisms of China for its lack of any compunctions in detaining Lee illegally, as well as the inaction of the Tsai administration and the utter lack of regard of the KMT. Wu Rwei-Ren was particularly strident in his criticisms of China, referring to China as an imperialist, capitalist country, but pointing to how international pressure will be effective in ensuring that Lee is at least safe. Namely, despite China’s willingness to trample smaller countries on its borders, such as Taiwan, China also wishes to be respected as a member of the international community. And so international pressure demonstrating that the world is aware of Lee’s plight is urgently needed.

Likewise, Miao Poya raised that Lee’s detention is frightening because many Taiwanese have relatives who work or live in China and Taiwanese activists, such as themselves, have the constant anxiety that their actions to defend Taiwan’s current de facto sovereignty could affect their relatives in China. As such, Huang Kuo-Chang also stressed that Lee’s detention gestures towards the need for Taiwan to normalize its current de facto independence, to avoid the issue of being strong-armed out of international bodies as the WHA or China kidnapping Taiwanese citizens with impunity. But, as raised by Fish Lin of Community Service, Taiwanese need also remember that Chinese citizens do not always agree with the rule of the CCP, referencing Chinese fans who have reached out to him because of their support for Taiwan following its independent political and cultural path, in spite of that his music may be interpreted as anti-China and he originally saw no problem with this fact. 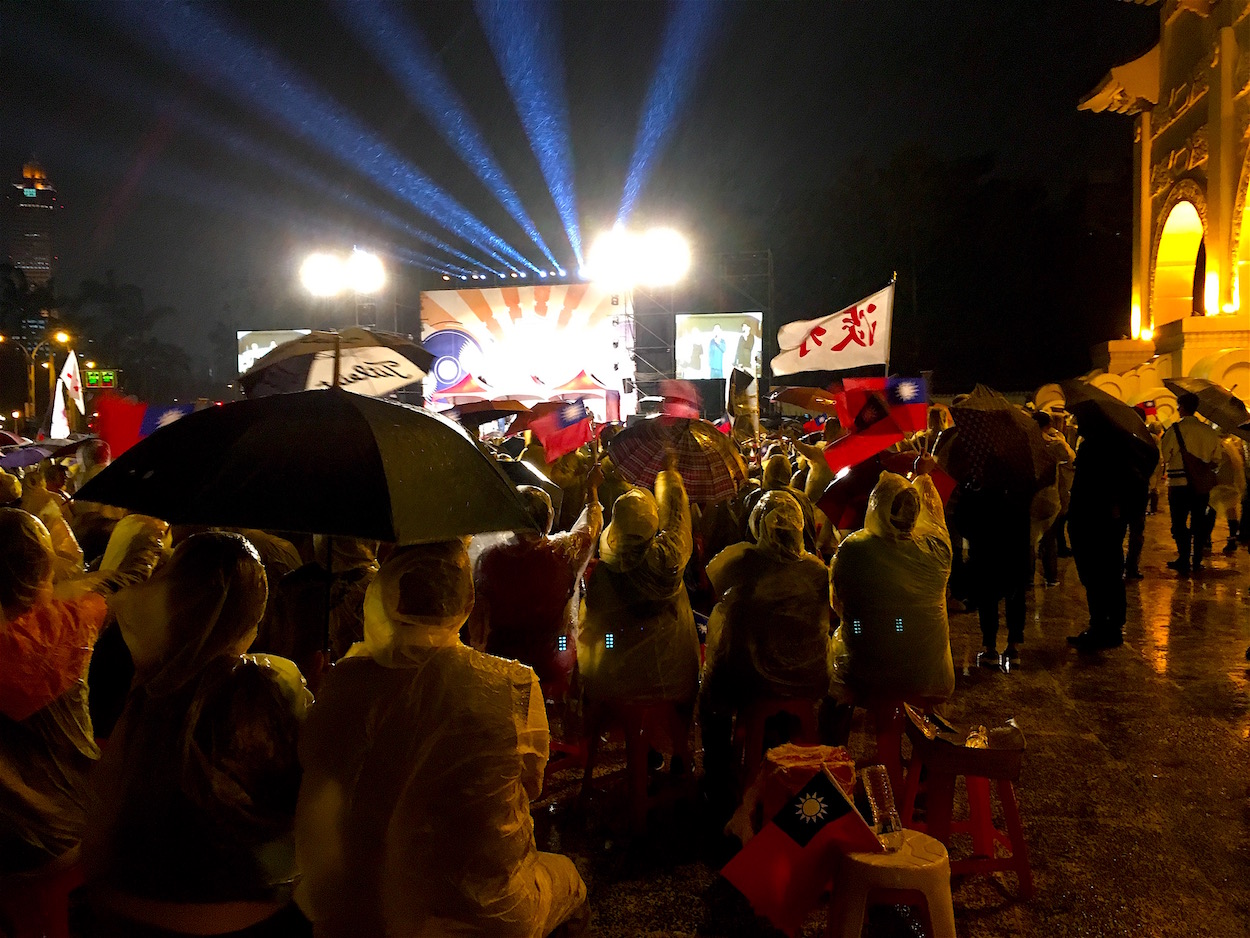 As the rally took place concurrently with a large election rally for Hau Lung-Bin’s bid for KMT party chairman that took place on the other side of the Chiang Kai-Shek Memorial, several speakers criticized the KMT for calling for closer relations with China then remaining silent on the matter of Lee’s detention. In general, the fact that civil society groups would organize a small rally in the rain at the same time that the KMT dispensed a large amount of resources on a campaign rally for Hau Lung-Bin evidences the KMT’s disregard for the Taiwanese people writ large.

But speakers were quite direct in their criticisms of the Tsai administration as well. Namely, speakers criticized the Tsai administration for failing to distinguish itself from the KMT’s cross-strait policies through inaction on as crucial matters as a Taiwanese citizen being detained by China, which may set a precedent for future detentions of Taiwanese citizens. It is generally apparent that lack of action taken by the Tsai administration out of apparent fear of upsetting China strikes many civil society groups as being the wrong approach, seeing as if Taiwan acquiesces to China for fear of worsening cross-strait relations, this will only lead to China taking more actions to decrease the amount of space Taiwan currently has in international affairs and further treatment of Taiwanese citizens with impunity. 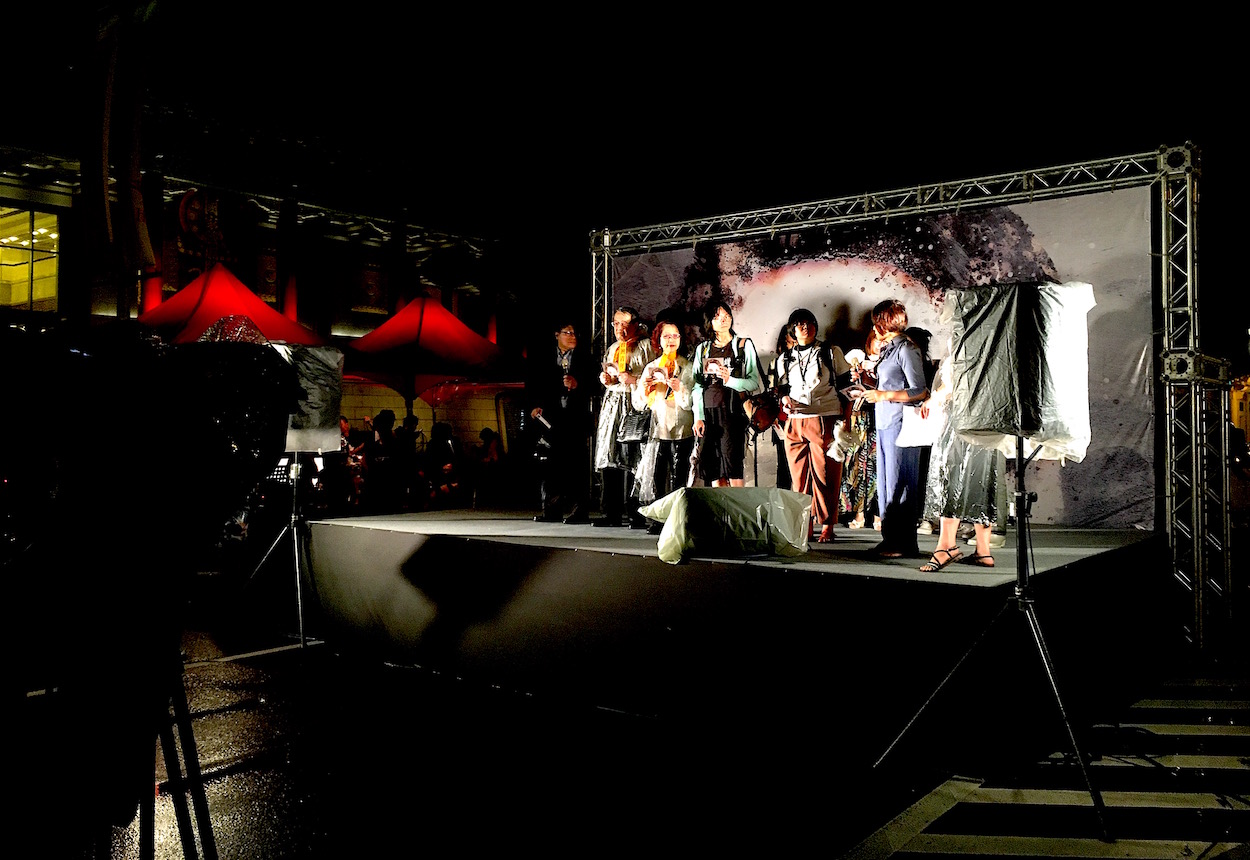 The demonstration ended with a candlelight vigil, as well attendees being invited to write their thoughts about Lee’s detention on postcards which will be sent to China. It remains to be seen as to what further measures can be taken to secure Lee’s release. Namely, without pressure from America or other large, powerful western countries, Lee’s release seems unlikely. And, as Wu pointed out in his speech, under the Trump administration America has ceased to criticize China on human rights grounds, as it did in the past.

Yet the primary aim of the demonstration yesterday, likely timed to coincide with the anniversary of Tsai Ing-Wen’s first year in office, was probably to put pressure on the Tsai administration and the DPP to act as a stronger voice in calling for Lee’s release. After all, if even Lee’s own country and his own political party is not willing to call for his release, who will even bother to pay attention to the case? And if the Tsai administration and the DPP is not willing to take action on as unambiguous a matter as Lee’s detention, this sets a bad precedent for continued attempts to defend Taiwan’s current de facto independence.

If the demonstration was not a large one, this was probably a product of the evening drizzle, which only let up near the end of the rally. Nevertheless, what additional steps can be taken to ensure Lee’s safety and eventual release? That remains to be seen.