A RECENT ARTICLE in the South China Morning Post (SCMP) by Lawrence Chung has provoked ire, with its bizarre suggestion that former president Ma Ying-Jeou pursue the Taiwanese presidency for a third term. Indeed, the factual errors and implausible speculations of this article only go to show how much the SCMP has deteriorated as a publication, in becoming little more than a propaganda organ for China.

Indeed, although the article claims that “Under Taiwanese law, Ma can run again four years after finishing two terms in office,” this argument hinges on the fact the Republic of China (ROC) constitution states that, “The terms of office for both the president and the vice president shall be four years. The president and the vice president may only be re-elected to serve one consecutive term; and the provisions of Article 47 of the Constitution shall not apply.” If a former ROC president were to use this wording to try and run again for office, this would probably be a matter for a highly controversial constitutional interpretation which would provoke a great deal of public backlash. 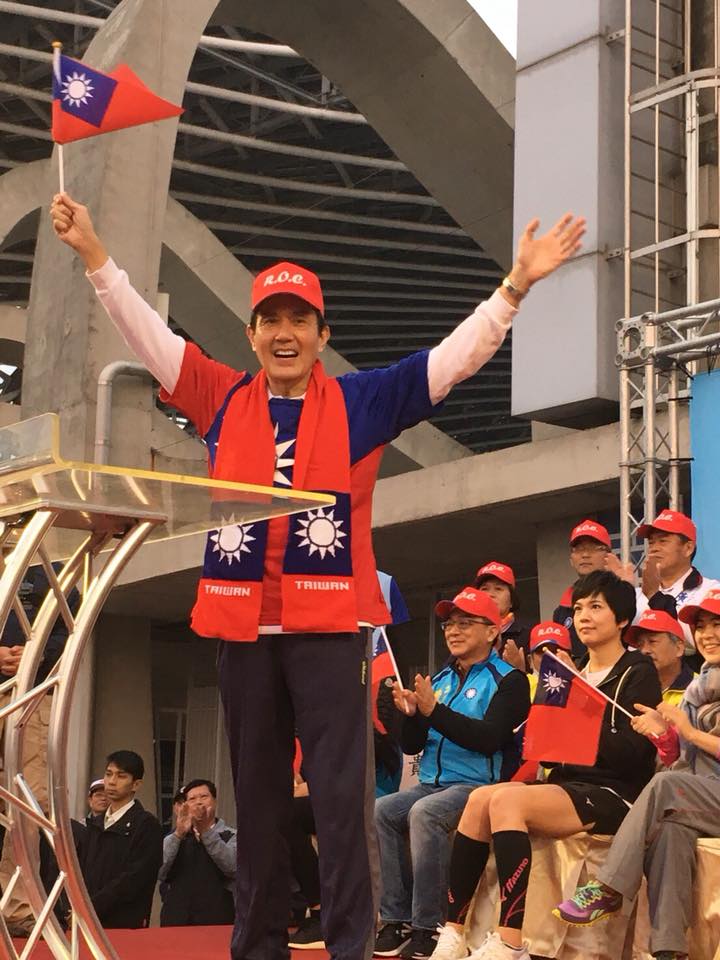 Firstly, such an interpretation is highly unlikely, given the public outrage that would ensue from a former president pursuing a third term when suspicion of resurgent authoritarianism in Taiwanese society is so deep that the cause of pursuing dictatorship can be levelled against the political party which directly emerged from the democracy movement by the former authoritarian party during martial law. It is generally rare for politicians holding executive positions in Taiwan to run for third terms, much less when it comes to as a high a position as the presidency.

In this vein, pursuing a third presidential term would be perceived as seeking dictatorship in Taiwan, much in the manner of China recently undoing term limits for Chinese presidents serving more than two terms. Indeed, the Chinese counterexample proves illustrative, seeing as this recent change to China’s constitution was something which itself required action by the National People’s Congress as a precondition. Although the National People’s Congress largely acted as a rubber stamp for Xi Jinping in this case, it is worth noting that action was needed as the People’s Republic of China constitution originally relied on similar wording to the ROC constitution and also had a term limit of two terms, stating that, “The term of office of the president and vice president of the People’s Republic of China is the same as that of the National People’s Congress, and they shall serve no more than two consecutive terms.”

Thus, using the example of comparative jurisprudence with China, it should be clear that it is not as the author claims that Taiwanese presidents already have the right to run for a third term if this is four years after their first two terms. And while China has never exactly been a country with truly stable rule of law above authoritarian dictate, even in China it required years of political maneuvering for Xi Jinping to build the necessary support to overturn presidential term limits in the Chinese constitution. Such a thing could not happen overnight in Taiwan.

Likewise, the political narrative of the article is at once factually incorrect, highly selective, and concocts alternative facts. For one, the article makes basic errors, such as claiming that the “Towards the end of 2014, the KMT suffered a humiliating defeat, losing both the parliament and the majority control of the local governments in Taiwan.” This is incorrect, seeing as while the KMT lost majority control of local governments in Taiwan during 2014 nine-in-one elections, the KMT lost control of parliament in 2016 presidential and legislative elections. 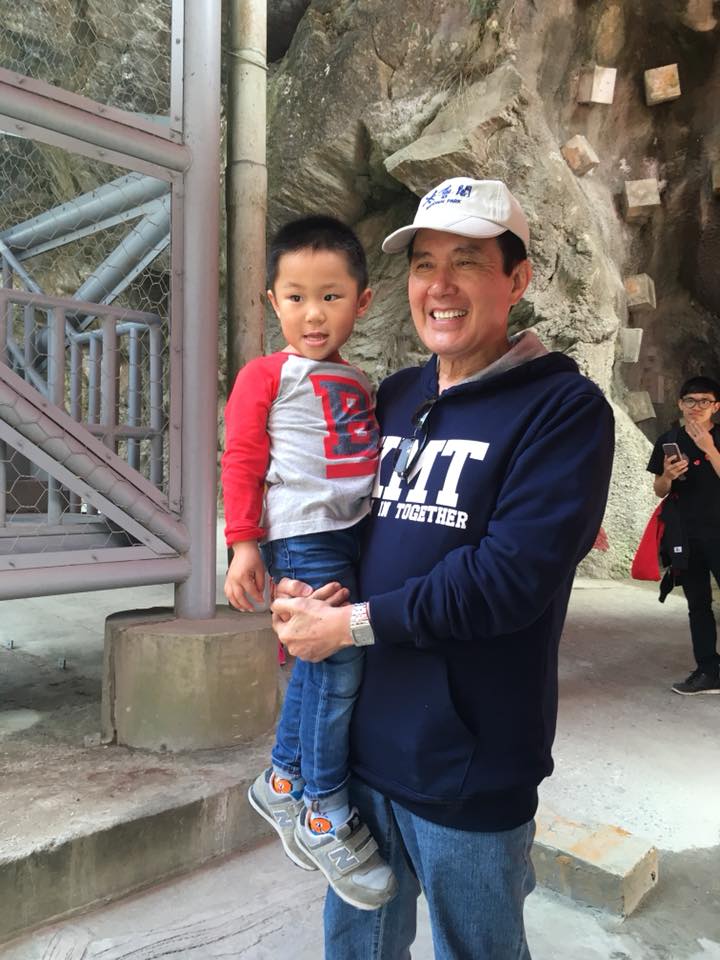 Otherwise, the article leaves out major events crucial to understanding why the DPP would sweep to power in 2016 presidential and legislative elections, such as the 2014 Sunflower Movement in reaction against trade policies advanced by Ma with the intention of building closer ties with China—possibly the largest social movement in Taiwanese history. Certainly, one does not imagine four years later, this has become entirely of political irrelevance.

And it seems wholly of the author’s invention that Ma Ying-Jeou intends to stage any political comeback. Certainly, Ma has been more in the news lately, having weighed in on the current NTU presidential appointment scandal to support Kuan Chung-Ming—which may be only natural since Kuan served as a trade minister under the Ma administration. Ma has also made public appearances in campaign to support former proteges in their election bids in 2018 local elections.

However, Ma’s public appearances have primarily been to assist associates; it is far from Ma attempting to stage a political comeback. Such claims would have been more convincing when Ma publicly feuded in late 2016 with then-KMT chair Hung Hsiu-Chu regarding the direction of the party, seeing as Ma was himself a previous KMT chair, and Hung previously belonged to his faction in the KMT, before building her own loyal support base within the party.

Furthermore, while the KMT may claim that the DPP is engaged in a “Green Terror” against it comparable to the KMT’s past White Terror—apart from that one wonders where the dead bodies are, if so, it seems unlikely that the DPP will rock the boat so much as to provoke potential outrage by persecuting charges against Ma, as the article claims. Although it is true that Ma faces a number of lawsuits, it seems unlikely that the DPP would try to jail him, for fear that this erodes the perception that the DPP aims for democratic rule of law in Taiwan in a manner that distinguishes Taiwan from China. 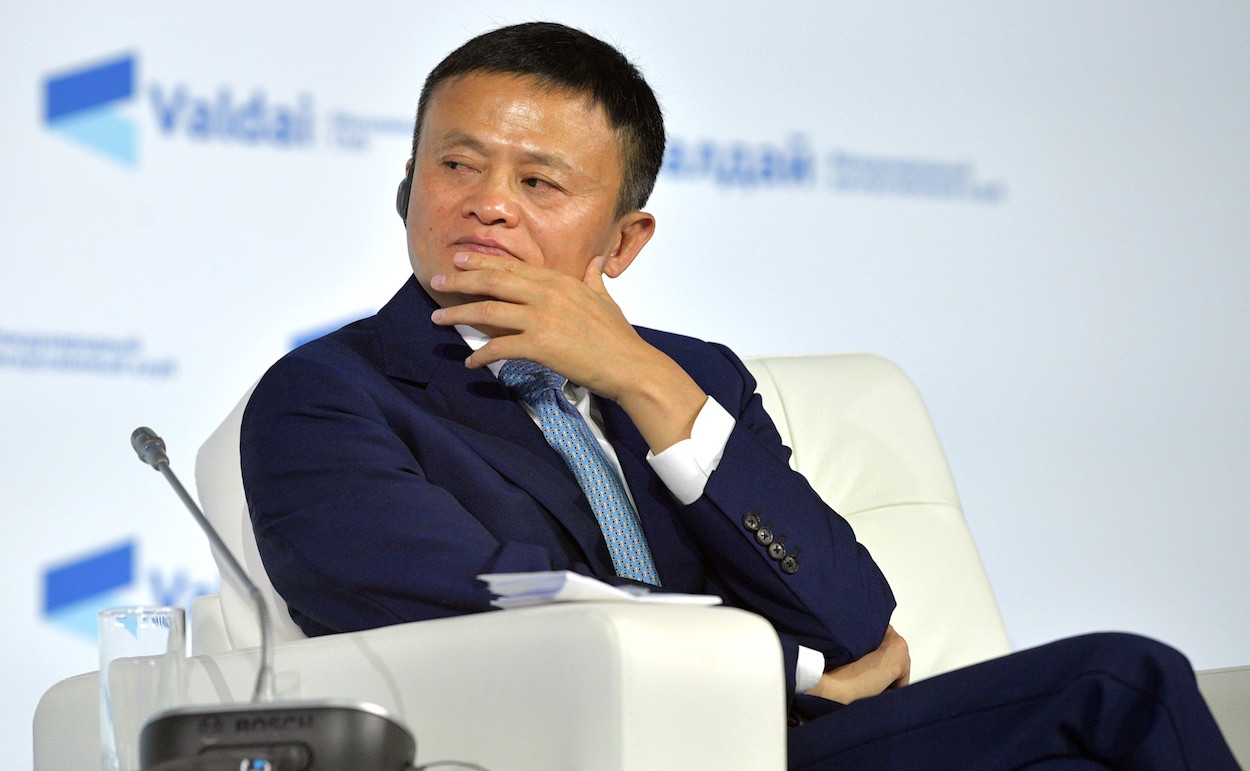 Primarily wishful thinking by SCMP writers, then. Yet while the newspaper was once quite clearly one of the top media outlets in greater China, the newspaper has long since fallen from its past grace, including publishing interviews with imprisoned Chinese dissidents otherwise without contact with their families or lawyers that ring of being ghostwritten by the very Chinese state authorities who have imprisoned them, or otherwise publishing articles based on spurious claims to truth and speculation with little basis in facts.

It proved an clever move by Jack Ma’s Alibaba Group in acquiring the publication in 2016 so that they could coast off of the past reputation of the newspaper in order to advance Chinese state propaganda as fact. This can observed in how more than one otherwise serious political observer has been convinced that there is some validity to otherwise incorrect or misleading claims by the SCMP primarily due to the newspaper’s past reputation, as observed in the case of claims that it is possible for Ma Ying-Jeou to run a third presidential run. A sad end, then, for a once great publication.