Formosa Alliance Surprises with Plans to Run in 2020 Elections

The Latest in a Strange Series of Political Shifts

IT PROVES rather surprising that the Formosa Alliance has announced plans to form a political party that intends to field legislative candidates and possibly presidential in 2020 elections.

The transition to a political party proves another strange turn in the history of the Formosa Alliance, which was originally formed in April 2018 to push for changes to the Referendum Act to allow for a national referendum to be held on Taiwan’s national status. As such, the Formosa Alliance took up advocating a referendum on what name Taiwan should participate in the 2020 Tokyo Olympics under in order to build for an eventual referendum on Taiwanese independence. The largest event organized by the Formosa Alliance was a rally outside DPP headquarters in October 2018 which organizers claimed was attended by over 120,000 individuals. 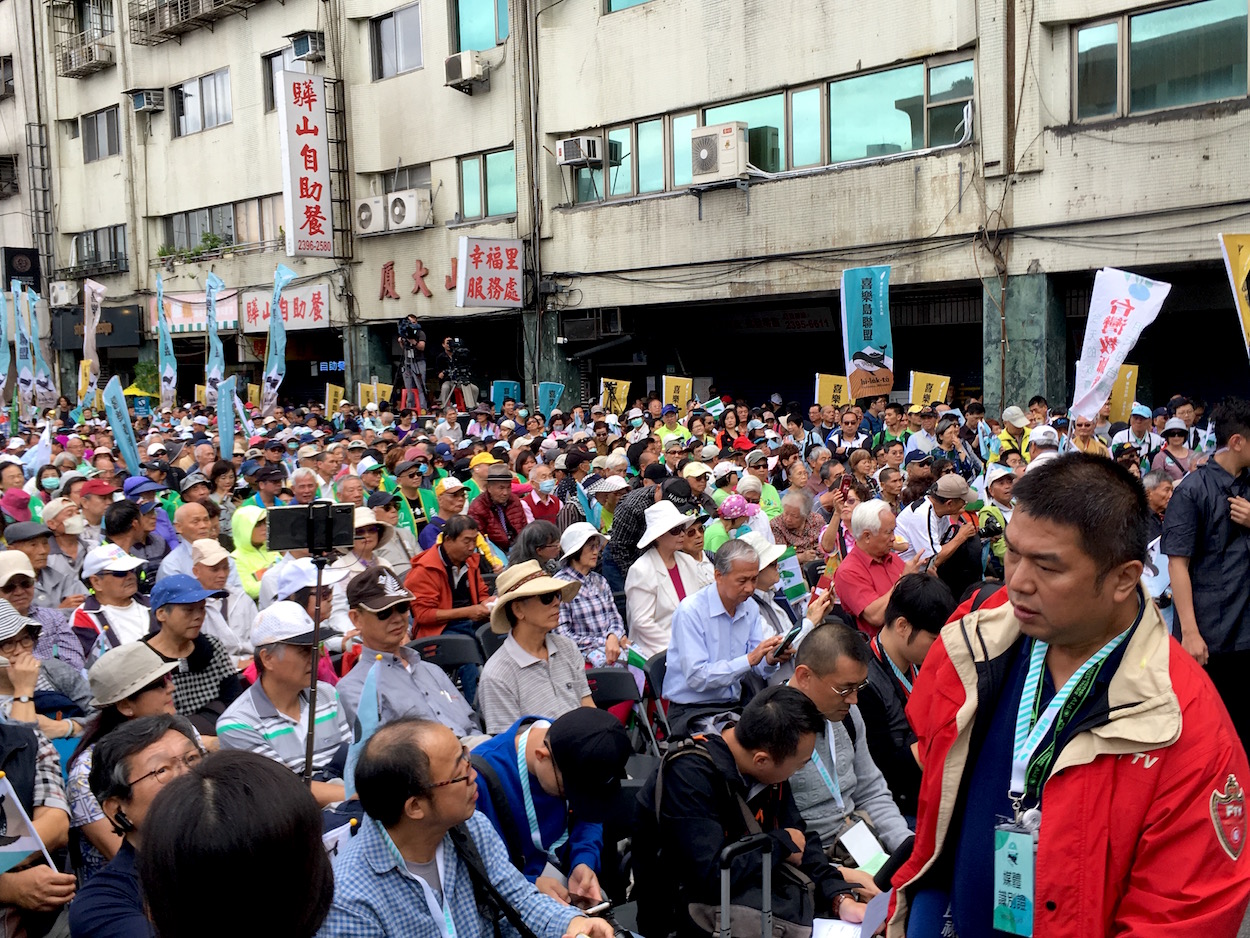 In its original form, the Formosa Alliance can be viewed as an alliance formed between elders of the Taiwanese independence movement and younger pro-Taiwan activists of the Sunflower Movement generation. Third Force parties as the NPP, SDP, and Taiwan Statebuilding Party were all participants in the Formosa Alliance’s campaign for the referendum, which called for Taiwanese athletes to participate as athletes of “Taiwan” instead of “Chinese Taipei” in the 2020 Tokyo Olympics.

They, along with FTV chair Kuo Pei-hung, the convenor of the alliance, and influential political mega-donor Koo Kwang-ming, who was not a signatory of the letter but indicated support for it, then later chose to endorse former premier William Lai over Tsai as the DPP’s presidential candidate in 2020. This put them at odds with younger post-Sunflower Movement activists, who generally are also in favor of Taiwanese independence, but who leaned toward support for Tsai Ing-wen.

Indeed, the split is observable in that the original Formosa Alliance Facebook page was eventually shut down, despite its usefulness as a platform for outreach that had thousands of followers, because it eventually drifted toward constantly sharing attacks on Tsai Ing-wen. This led to backlash from youth activists who saw the Formosa Alliance as having becoming far too conservative for them to identify with. 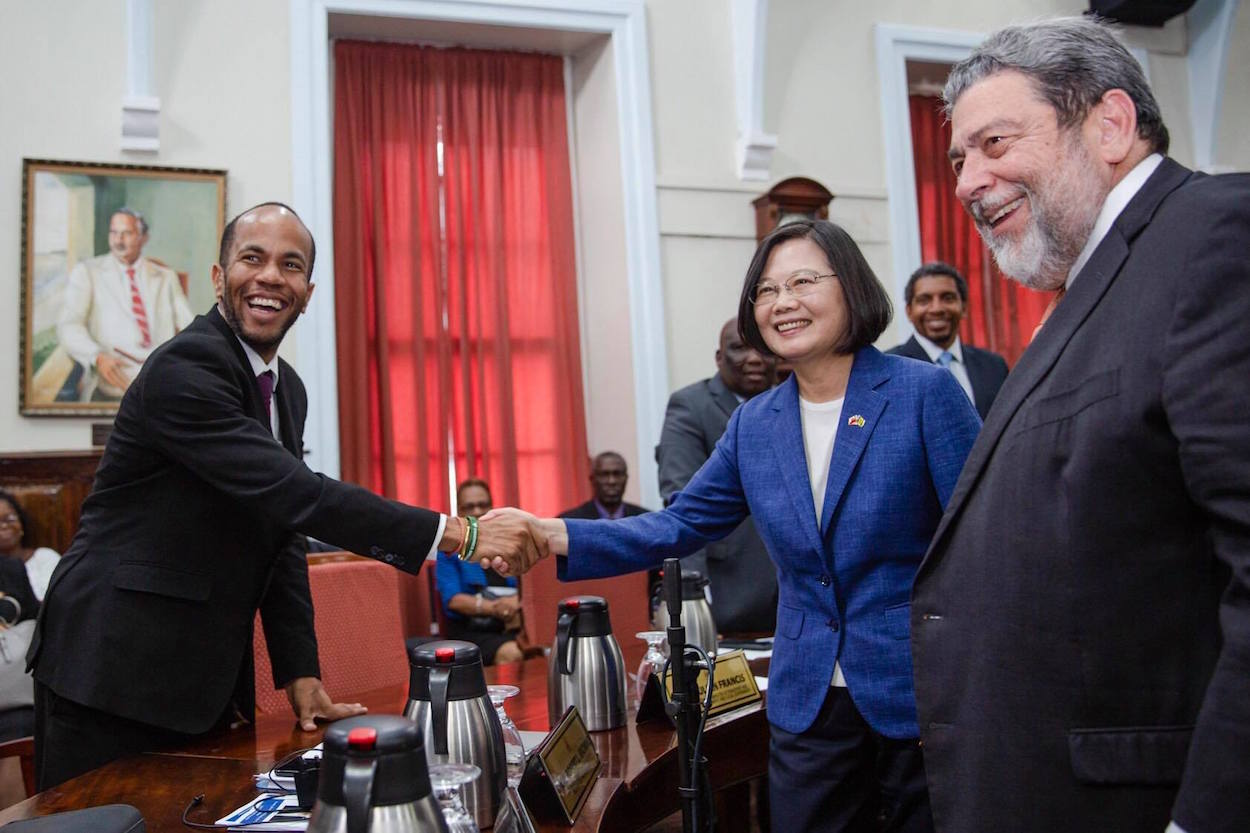 In particular, Kuo Pei-hung is believed to have used his control of the FTV media empire and Koo Kwang-ming his personal wealth in order to try and shore up support for Lai. This would not prevent Lai from being defeated by Tsai in DPP presidential primaries last month, however, partly because of the wave of popular support received by Tsai due to current protests in Hong Kong against a China-backed extradition bill.

An Unexpected Entrance into 2020 Elections

YET IT STILL comes as a surprise that members of the Formosa Alliance would decide to form a party to compete against the DPP. After Tsai Ing-wen’s victory over Lai in DPP presidential primaries, it originally appeared that pro-independence elders, such as Koo, had settled on making peace with Tsai, Koo making a series of public appearances with Tsai and calling for a joint Tsai-Lai ticket.

After all, with what looks set to be heated presidential race, a split pan-Green camp would likely result in the victory of the KMT. The consensus view of many youth activists and members of post-Sunflower Movement Third Force parties is that trying to field any other candidate besides Tsai would be disastrous, and there is much anxiety regarding whether any independent candidates could potentially split the vote. When members of Third Force parties such as NPP legislator Hsu Yung-ming proposed that the NPP also run its own candidate, this led to strong backlash from other activists.

Part of what would motivate the Formosa Alliance to split off from the DPP is the view that Tsai has uprooted the internal democracy of the DPP in order to politically benefit herself. This would be on the basis of the view that Tsai attempted to delay the dates that presidential primaries would be held in order that the wave of media attention on Lai from his entering the presidential primary would fade and Tsai could triumph on the basis of her advantage as an incumbent. This is also because Tsai pushed for the inclusion of cell phones in polling, rather than polling only being conducted by landlines.

Namely, young people generally do not have landlines and so polling on the basis of only landlines disproportionately skews toward an older demographic. As such, it is now standard practice for academic polling to also include cell phones in order to have a polling sample more balanced between older and younger individuals and individuals of different social backgrounds. 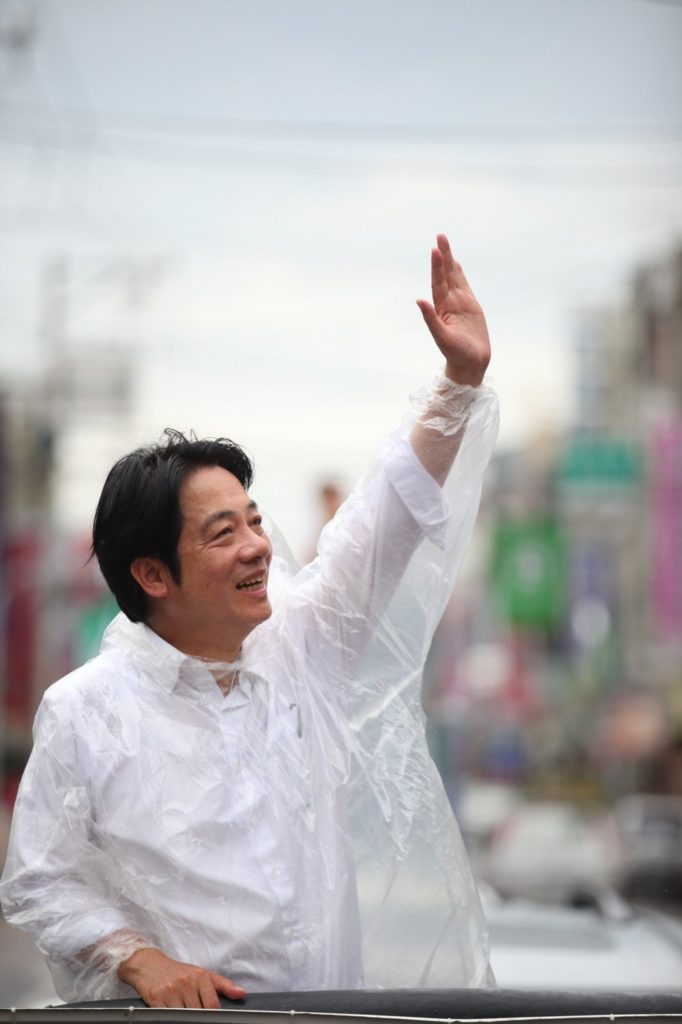 This would not be to Lai’s advantage, given his stronger standing among demographically older supporters and Tsai’s stronger standing among demographically younger supporters. Consequently, Lai alleged that the Tsai administration was attempting to manipulate polling through the inclusion of cell phones, with the claim that this would allow people that owned more than one cell phone to possibly be polled multiple times.

In truth, Lai was attempting to disenfranchise younger voters and to skew polling to be disproportionately older, as a means of politically benefiting himself. In this sense, it was Lai’s actions which were aimed at rigging the DPP’s internal polling, not Tsai’s. But to avoid such accusations, Lai took the offense by preemptively accusing Tsai of doing what he was, in fact doing himself.

Lai supporters in the Formosa Alliance may still believe that Tsai sought rig polling in her favor, refusing to accept the fact that Tsai won handily by over 8% in the primaries and should have a clear mandate as the DPP’s presidential candidate. As such, this is likely a key contributing factor as to why the Formosa Alliance would seek to challenge Tsai and the DPP at this juncture.

The Dangers of a Split Vote 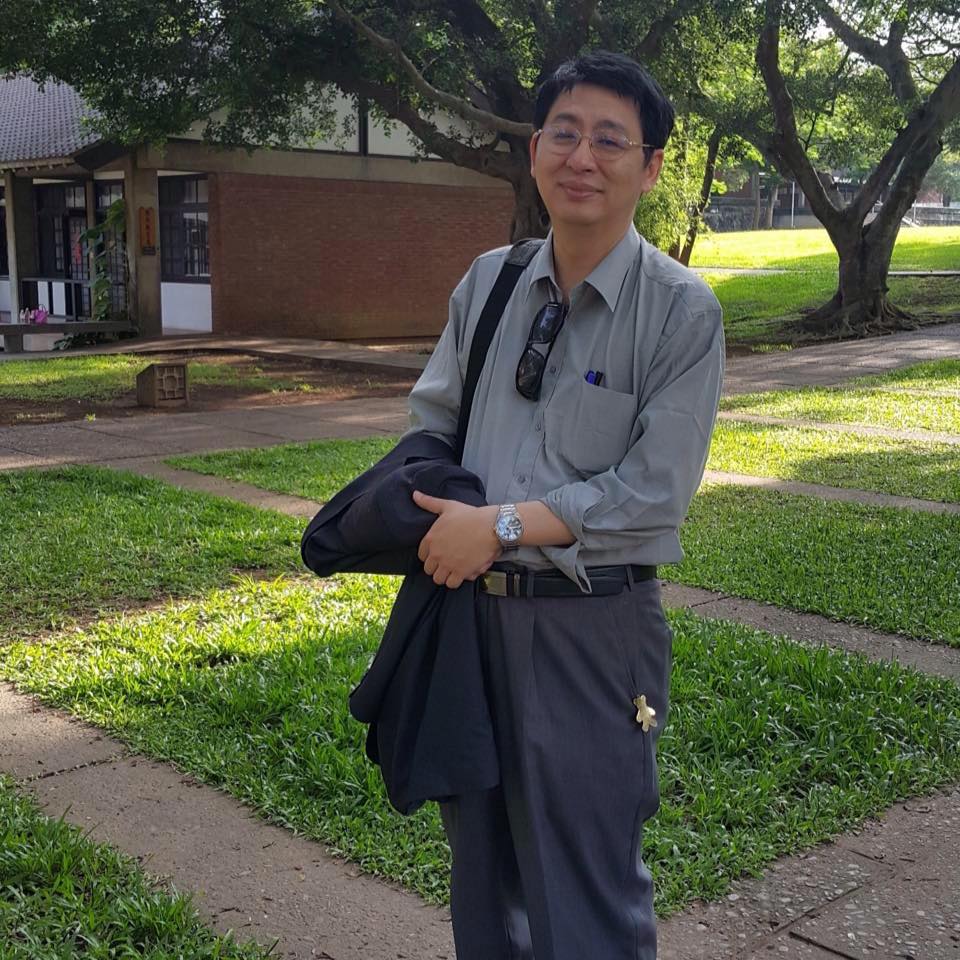 Some have also pointed to a shift in the Formosa Alliance as perhaps explaining its unusual course of action. Apart from the departure of young people, it also been reported that many of the pro-independence groups that were part of the Formosa Alliance have since left.

Some have also pointed to the unusual presence of individuals such as Ou Chong-jing in the central leadership of the Formosa Alliance. Ou joined the Formosa Alliance this month as a founding member of the party, despite a deep Blue political history. Ou was former KMT presidential candidate and deep Blue firebrand Hung Hsiu-chu’s running mate in 2015, after which he joined the New Party, and subsequently became a Han Kuo-yu supporter in 2018.

That Ou is suddenly a founding member of the Formosa Alliance, as the organization makes moves to formally become a political party to challenge the DPP, has raised questions as to whether the Formosa Alliance has even become influenced by United Front activities from the inside out.

Either way, apart from general fears that the Formosa Alliance could split the pan-Green vote by fielding its own presidential and legislative candidates, it is feared that the Formosa Alliance may possess the financial resources and media connections to conduct substantial outreach on behalf of whoever it backs, given the wealth possesses by many pro-independence elders.

Though moves have been made to oust Kuo within FTV, Kuo Pei-hong may possibly still be able to use his influence on the FTV media empire in order to influence media perceptions of Formosa Alliance candidates. Kuo has been long rumored to have presidential ambitions and it is possible that he may be the Formosa Alliance’s presidential candidate,  if it were to decide to run one. 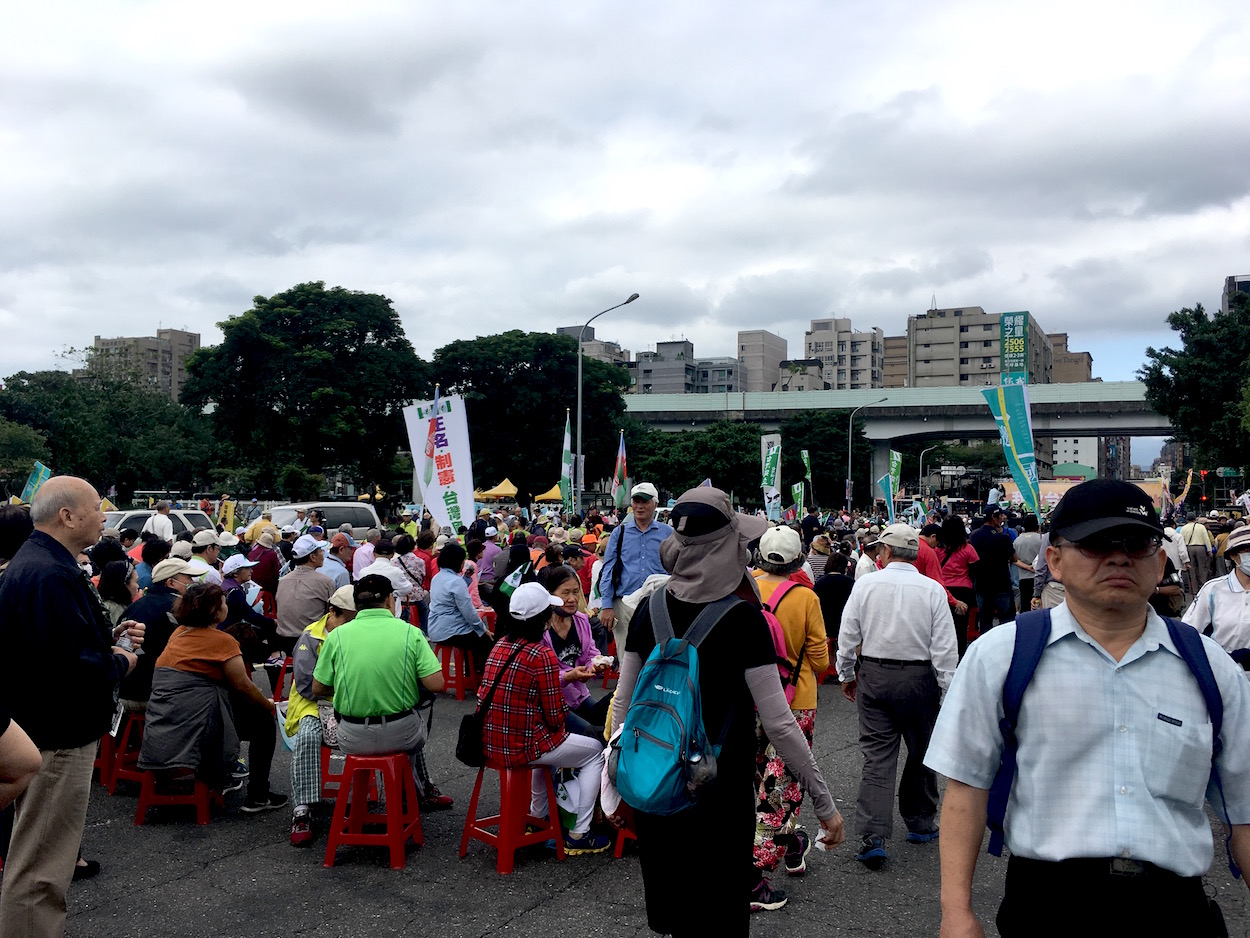 Furthermore, one also observes that the editorial leadership of many pan-Green media outlets, including the Liberty Times, Taiwan’s most widely circulated newspaper, seemed vaguely to support William Lai over Tsai. In a similar vein, they could also back the Formosa Alliance. This usually occurs because the editorial leadership of such publications is also older and more conservative-leaning, much more so than the younger reporters that do the majority of the writing for such publications.

Another wrinkle has been introduced into 2020 presidential and legislative elections, then. It remains to be seen what the effect of this will be down the line.