THE RESULTS OF referendum voting will no doubt come as a great shock to progressive Taiwanese civil society with, quite literally, all of the referendum proposals they championed being voted down. On the other hand, all of the referendums they opposed passed. However, not all of these achieved the necessary 25% of voter participation needed to be legally binding. There were a total of ten referendum questions.

Namely, in the years before the Sunflower Movement and afterward, a certain political consensus came to emerge among Taiwanese social movement activists. Despite the fact that issues as support for gay marriage, opposition to nuclear energy, support for environment-friendly, renewable sources of energy, support for referendum reform, and advocacy for Taiwanese independence may have had no inherent relation to each other, these issues were broadly embraced by Taiwanese civil society under the framework of progressive politics. 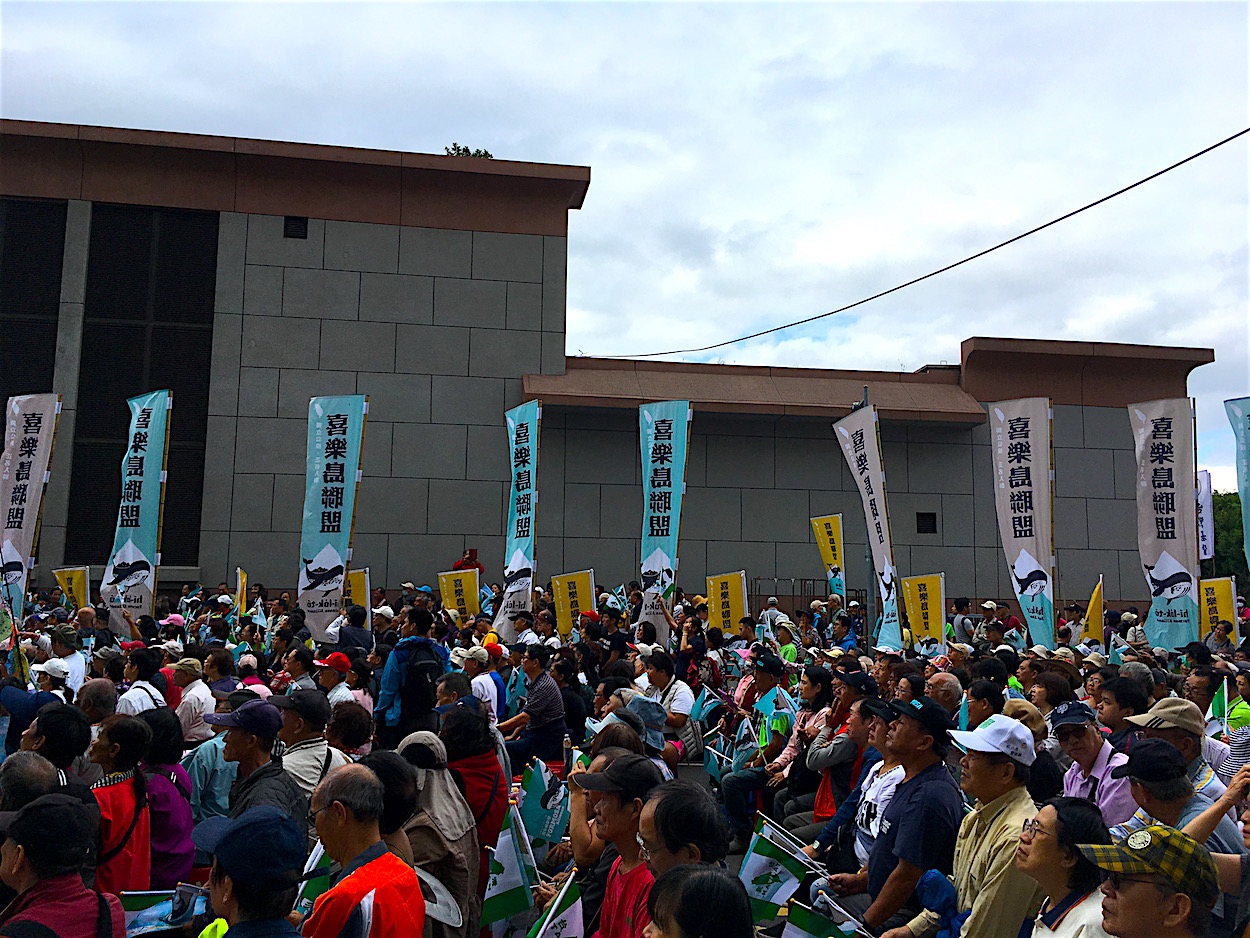 Demonstration by the Formosa Alliance which organized the referendum on what name Taiwan will participate in the 2020 Tokyo Olympics under on October 20th. Photo credit: Brian Hioe

Yet referendums on supporting gay marriage, LGBTQ-friendly Gender Equality Education, legal provisions to phase out nuclear energy by 2025, and the call for Taiwan to participate in the 2020 Tokyo Olympics as “Taiwan” rather than “Chinese Taipei” were voted down yesterday. Voters agreed that Taiwan should reduce the amount of power it uses from thermal power plants by 1% per year and in favor of energy policy to stop the construction of coal-fired power plants or generators. Taiwan also voted against allowing food imports from areas affected by the Fukushima disaster in Japan.

Of these referendums, the referendum questions which reached the 25% of eligible voter participation to be legally binding are those against gay marriage, against the nuclear energy phase-out, against gender equality education, against new coal-fired power plants, in favor of thermal power reduction, and against food imports from Fukushima-affected areas.

Ironically enough, this turned out to be a non-issue. Instead, voters consistently voted down the question with wording favorable to marriage equality and LGBTQ-friendly education and voted positively for the set of questions with unfavorable wording on marriage equality and LGBTQ-friendly education pushed for by anti-gay groups. This, then, perhaps throws cold water onto the notion that Taiwan is a progressive society, showing that those who support gay marriage are actually a minority and not a majority in Taiwanese society, as was previously believed, or at least that anti-gay groups have succeeded in swaying public opinion in the last two years, since the results of the referendum contradict past surveys.

In theory, the ruling in May 2017 by the Council of Grand Justices that same-sex marriage must be legalized in two years by the legislature still stands. There are about six months left until this deadline is reached. One expects to see anti-gay groups to move ahead with legal challenges to this ruling, newly emboldened by their victory, on the basis that a binding referendum is a constitutional right. Pro-marriage equality groups will likely argue that human rights guaranteed in the constitution are not subject to a referendum and that the ruling by the Council of Grand Justices should take precedent and also seek a legal challenge.

And although anti-gay groups have indicated that they are fine with civil partnerships for same-sex couples, it is possible that their version of civil partnerships will lack some rights that heterosexual couples currently under as part of marriage. Given their fear of the spread of homosexuality by way of the LGBTQ-friendly Gender Equality Education, it is possible they will seek to prevent gay couples from adopting children, for example, with the view that this could lead to the unhealthy spread of homosexuality to children of gay couples. 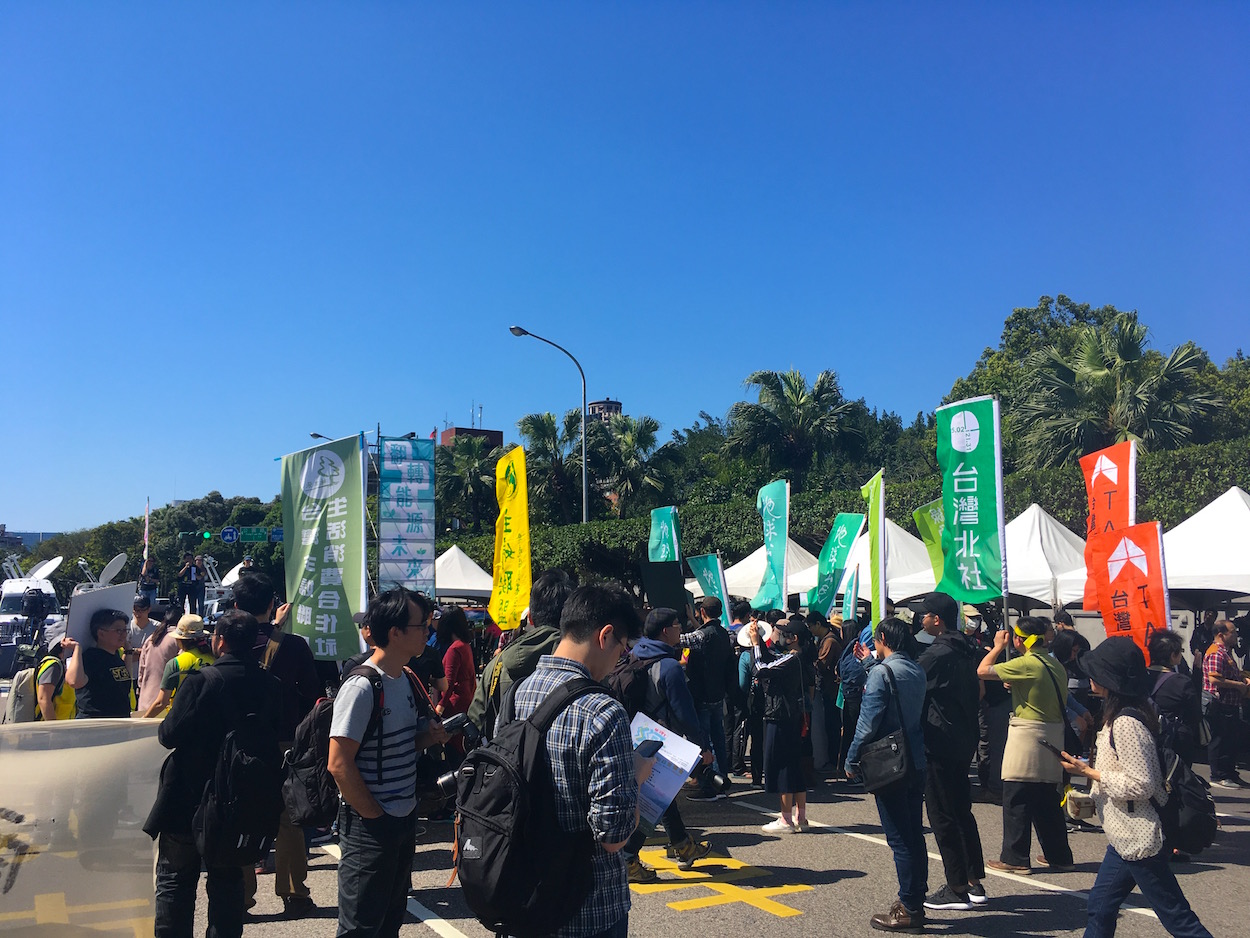 Anti-nuclear demonstration commemorating the seventh anniversary of the Fukushima disaster in March of this year. Photo credit: Brian Hioe

Voting in favor of thermal power reduction and against the construction of coal-fired power plants is linked to anger regarding rising air pollution in Taiwan. As such, nuclear power advocates have attempted to point to nuclear energy as a cleaner form of energy for Taiwan, which does not cause air pollution.  But, on the other hand, the two nuclear-related questions in the referendum indicate an interesting and slightly contradictory result, that Taiwanese are in favor of retaining nuclear power in Taiwan for the time being, in spite of fears that seismic activity in Taiwan could lead to something similar to the 2011 Fukushima disaster in Japan as an argument against energy. Yet they still fear radiation from Fukushima-affected areas, hence voting against imports from those areas.

Nuclear advocates in Taiwan actually severely downplayed the Fukushima disaster in their advocacy of nuclear energy before the referendum. However, the hand of the KMT was quite visible in these two referendum questions. The KMT strongly supports nuclear energy and has attempted in the past to use the issue of food imports from Fukushima-affected areas to drive a wedge between the Abe administration and Tsai administration, since the Abe administration is trying to promote the claim that Fukushima is safe by encouraging tourism there and driving up food exports from the area.

That the proposal that Taiwan should participate in the 2020 Tokyo Olympics as “Taiwan” rather than “Chinese Taipei” was defeated is quite surprising, seeing as this was the most popular of the referendum proposals while in the petition stage, acquiring more than one million signatures. The proposal was pushed for by Taiwanese independence advocates as a way around that changes to the Referendum Act in December 2017 did not allow a referendum to be held on the constitution or the status of the nation. Taiwanese independence advocates have historically seen the referendum as a way to settle longstanding issues regarding independence versus unification.

Few expected that fears that in the last week before the referendum, fears Taiwanese athletes could be blocked from the Olympics altogether would dramatically increase in public discourse, leading the referendum proposal to be voted down. This will be a blow to Taiwanese independence advocates, as Taiwanese seem not willing to risk being blocked from the 2020 Tokyo Olympics, much less pursue de jure independence and risk Chinese military reprisals. In the meantime, it is still possible that China will take some action against Taiwan for simply holding the referendum to begin with. 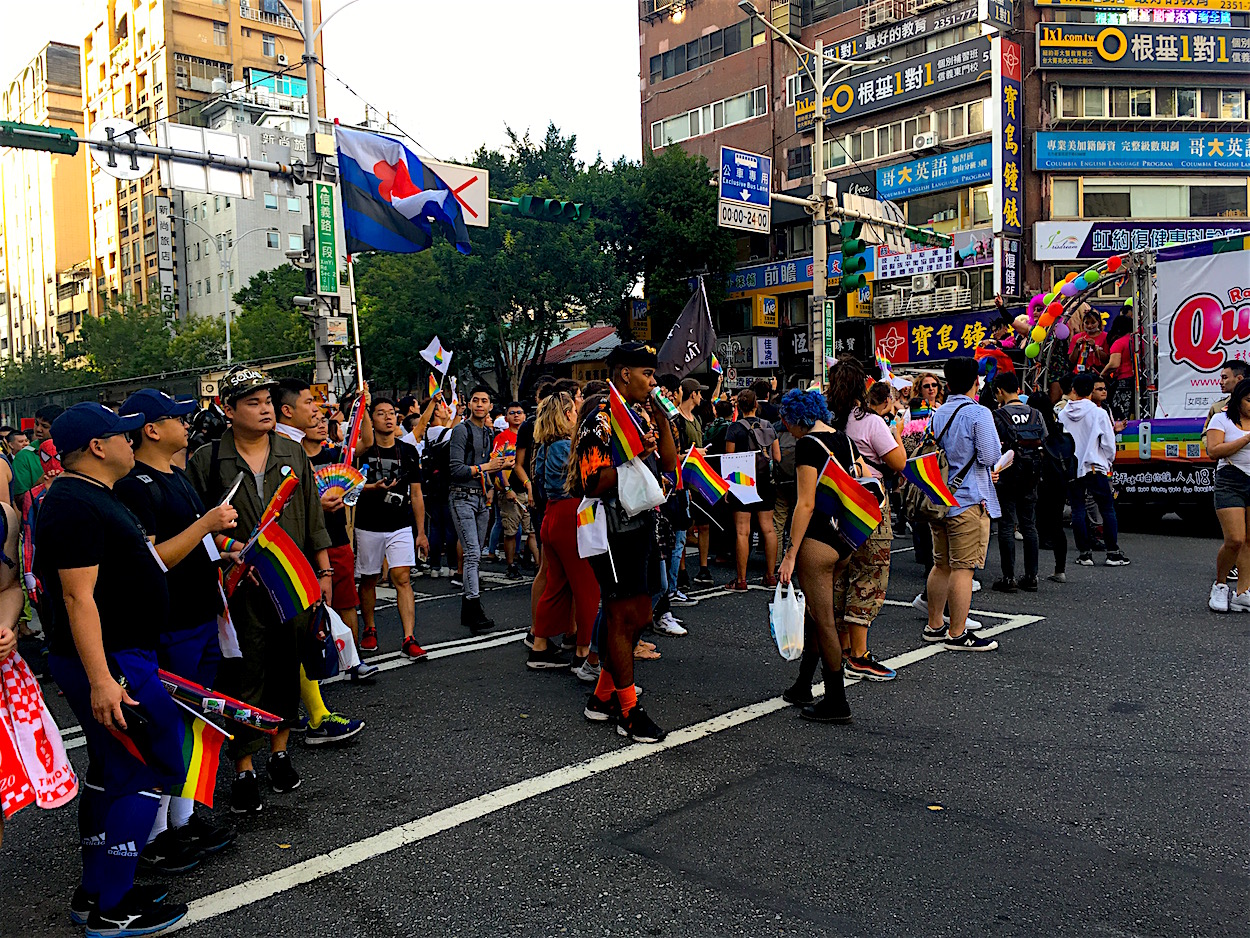 It is unknown whether further changes to the Referendum Act will be pushed for in the future, following this first trial of the new changes. For example, outrage over the confusing set of questions could lead to future provisions to prevent conflicting questions on the same issue from both appearing on the ballot. Or outrage over long lines could lead referendums to be held on separate days from elections, or for referendum ballots to be combined with election ballots in some form.

In conclusion, perhaps Taiwanese civil society should have never taken the view that Taiwanese society was mostly progressive. Rather, it may simply be that the majority of society may go along with any “vanguard” force which takes a strong, leading stand. For the past few years since the Sunflower Movement, this has been progressive youth activists. But, in response to the triumphs of progressive civil society in past years, conservative forces have now organized and their successes were visible today. The forces of reaction are alive and well in Taiwan.